World Cities Summit (WCS) 2014 brought together decision makers and policy setters from around the globe. These leaders shared experiences and expertise on solutions that will impact the liveability and sustainability of the world’s cities, and create transformative change for billions of people worldwide. 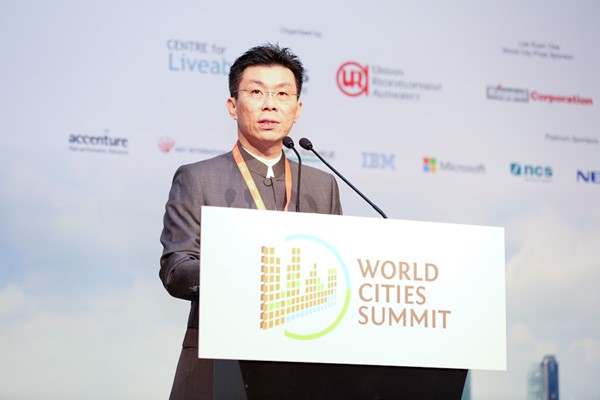 “Year by year, cities have grown in importance. Urbanisation is proceeding at an unprecedented scale. [Since 2012] more than 100 million people have moved into cities from the countryside,” said Singapore Prime Minister, Lee Hsien Loong in his speech at the joint opening ceremony for the 2014 World Cities Summit, Singapore International Water Week and CleanEnviro Summit Singapore. WCS provides a bi-annual platform for government leaders, industry experts, representatives of international organisations and academics to learn from their peers’ expertise and experiences in developing solutions for the global urban population.

Sustainability as a prerequisite for a successful city was a topic that was raised across every WCS session. Cities, it was agreed, must deliver long-term social, economic and environmental benefits to all urban stakeholders. Key to delivering this sustainable growth is long-term vision and planning. Given cities’ long development cycles, sustained sound governance is critical to ensure that they see their urban development through to completion.

Good governance is not just about having long-term vision and the political will to deliver. Ms Helen Clark, then-Administrator, United Nations Development Programme, argued that the integrity and transparency of civic administration is paramount in sustaining a successful city. The importance of trust was a common theme at WCS. For example, the Colombian city of Medellín overcame many serious social issues – drug-related crime, poverty, unemployment – but the city’s then-Mayor, Mr Aníbal Gaviria, said his greatest challenge was restoring confidence and trust in his administration. Without this public trust and accountability, urban communities may disengage from social and political processes.

The issues of sustainability and resilience were addressed by numerous speakers as well. Key to this is the marriage of physical infrastructure and technology. Cities must put in place infrastructure capable of coping with the impact of climate change, with PM Lee highlighting snowfall in Cairo and flooding in London as examples of environmental unpredictability. Speaking at the summit’s closing summary, Dr Liu Thai Ker, then-Chairman of the Centre for Liveable Cities, Singapore, argued that cities must be economically, physically and socially resilient. He advocated building integrated technological systems to create smart cities that are capable of connecting urban systems and infrastructure.

Why cities must be liveable 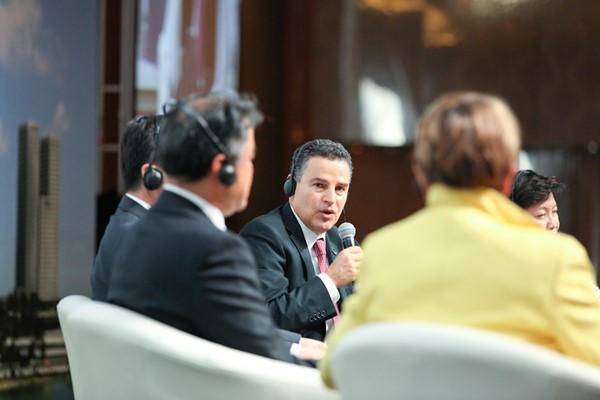 The liveability of cities, especially in developing nations facing exponential growth and increasing socio-economic migration, was a key challenge and much-discussed topic at WCS. All attendees were united in their belief that cities must deliver liveability for all residents – whether that involved developing green, environmentally friendly urban spaces, building socially integrated societies, giving residents access to economic opportunities, or ensuring public safety.

At the Lee Kuan Yew World City Prize Forum, Mr Kazumi Kobayashi, then-Director General of the Policy Bureau, Yokohama, Japan, described how the city had been in danger of losing its most marketable asset – its iconic, scenic waterfront – due to heavy industrial pollution. The city embarked on an urban redevelopment plan that saw parks, greenways and private and public land forming a matrix of interconnected green belt areas across Yokohama. It also achieved a remarkable 43.2 percent reduction of waste from 1.61 million tonnes in 2001 to 0.93 million tonnes in 2010 after the city government invested in educating citizens about waste management best practices. Yokohama’s efforts in promoting environmental measures earned it the 2014 Lee Kuan Yew World City Prize Special Mention.

Managing a holistic and socially integrated city was another challenge discussed in detail at the WCS Mayors Forum and other plenaries. Mr Peter Ho, Chairman of Singapore’s Urban Redevelopment Authority emphasised that cities must uphold good governance in order to build equitable, inclusive societies. Suzhou’s approach was highlighted as an example of well-planned social integration. Despite the challenges of a population influx due to rural-to-urban migration, Suzhou integrated rural migrants through an innovative housing scheme. The city also ensured equal access to social welfare for both local residents and migrant workers, including free compulsory education and sustaining employment opportunities. 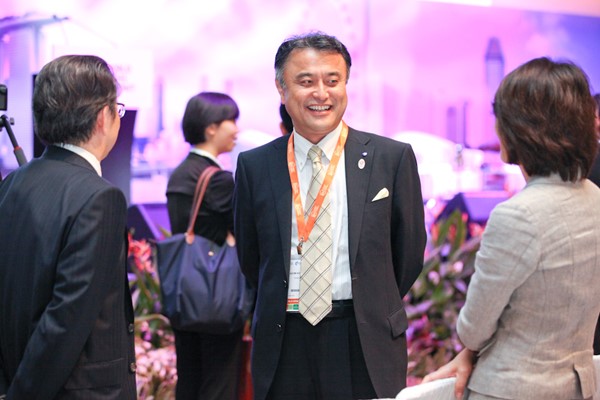 The importance of access to economic opportunities was a message echoed by Mr Angel Gurría, Secretary-General of the Organisation for Economic Co-operation and Development. “Cities have to make economic provisions for the poorest segments of society,” he said. He referenced 2012 Lee Kuan Yew World City Prize Special Mentions Malmö and Copenhagen, as an example of inter-city cooperation that saw pooled resources and shared public infrastructure benefit both cities’ residents.

A key liveability issue for delegates from cities in both the developed and the developing world was security. 2014 Lee Kuan Yew World City Prize Special Mention, Medellín is widely recognised as having made immense advances in overcoming a legacy of violence. Once one of the world’s most dangerous cities, Medellín has brought homicide rates down from 380.6 per 100,000 people in 1991 to 52.3 per 100,000 people in 2012. It achieved this through a series of small-scale but high-impact urban acupuncture projects, such as upgrading informal settlements and providing them with utilities. Medellín also engaged local communities to get their buy-in on government initiatives. Involving the communities, help to instil a sense of local pride, and saw a reduction in crime rates due to increased public awareness and vigilance.

“The ultimate achievement for a city is to earn unconditional respect from people all over the world, for our people, our city and our country.”

Cities remain arguably the most important global actors on the world stage, which will house around two-thirds of the world’s population by 2050. Cities are responsible for 67 percent of global energy consumption, produce more than 70 percent of greenhouse gas emissions, and are the acknowledged drivers of the global economy with 600 urban centres generating about 60 percent of global GDP. With urbanisation a seemingly irrevocable trend, WCS attendees were united in the belief that cities must be placed at the forefront of tackling sustainable growth.

The World Cities Summit is a platform for leaders and industry experts around the world to convene to address common challenges of rapid urbanisation and share integrated urban solutions and forge new partnerships.

While there is no one-size-fits-all solution to sustainability and liveability, there are common experiences that can be applied regardless of where a city sits on the developmental curve. Technology, for example, plays a transformative role, and cities from Manchester to Manila are using apps and social media platforms to deliver real-time traffic information to improve their citizens’ daily commute. In the Indonesian city of Bandung, “all government departments must have a Twitter account in order to inform residents about public service activities,” said the city’s mayor, Dr Ridwan Kamil. The ability to interact and communicate with people via social and mobile is key in developing public trust and creating engaged communities.

A city’s success in developing a sustainable, liveable urban environment depends on how well it incorporates all its social, environmental, economic and political aspects and stakeholders. All these stakeholders must work together to achieve this. In his closing remarks, Dr Liu reminded delegates that the city was, in a sense, the largest piece of industrial design made by man. A city, he argued, would be judged by whether it was user-friendly, functioned well and looked good. “In urban planning, we must have a humanist’s heart, a scientist’s head and an artist’s eyes,” he said. “The ultimate achievement for a city is to earn unconditional respect from people all over the world, for our people, our city and our country.” O