10 ways smaller cities are stepping up

More secondary cities are taking the initiative to attract new residents and businesses, either by themselves or with the help of their national governments. From free land for newcomers to support in finding jobs, housing and schools, these are 10 ways that the cities are stepping up to the plate. 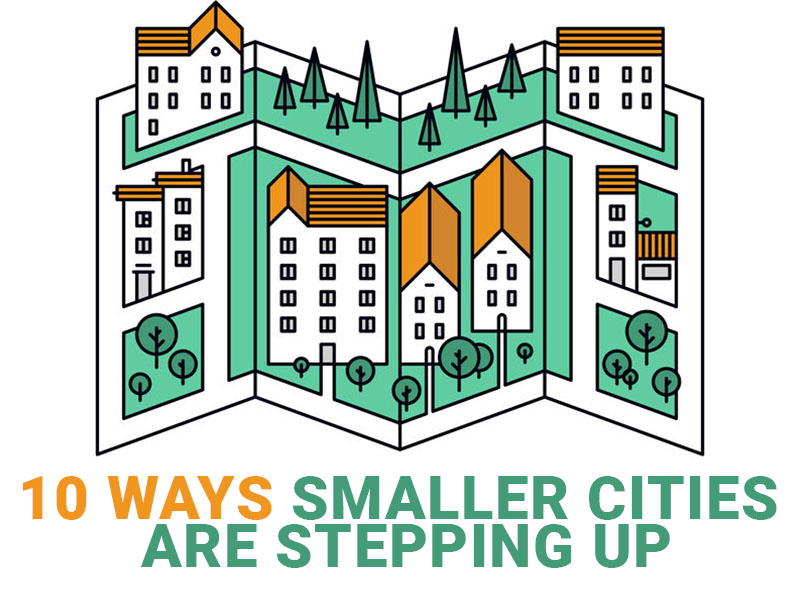 How smaller cities are stepping up © bloomua/ 123rf.com

Small cities in New Zealand such as Whakatāne and Dunedin are tapping into the national government’s NZD $3 billion (approximately USD $1.96 billion) Provincial Growth Fund to develop their local assets and strengthen their economies. The fund, launched in 2018, aims to boost growth and create jobs in regions outside of the country’s metropolises.

Whakatāne, a port city, is building a new commercial boat harbour and a visitor hub as well revitalising its riverfront and town centre to improve its tourism business. Dunedin, which has emerging gaming and digital services sectors, will invest in a Centre of Digital Excellence that is slated to create as many as 50 small videogame studios and five large studios.

Secondary cities in Vietnam have improved their urban infrastructure and accelerated their development by reaching out to international organisations for funding and technical assistance. Dong Dang, which shares a border with China, constructed a new immigration and customs facility with help from the Asian Development Bank to process a rapidly growing volume of cross-border goods more quickly.

Other secondary cities are dipping into their budgets to attract new residents. In the United States, the city of North Platte in Nebraska pays local employers up to USD $5,000 for each job vacancy, with the money to be used for incentive packages for new employees. These incentives can include reimbursements for relocation expenses, help with student loan repayments, and the payment of course fees for specialised training certificates.

Cities in Grant County, Washington, such as Quincy, Ephrata, and Warden, for their part, have a ‘Grant for Grads’ initiative that awards graduates from colleges, universities and technical schools up to USD $5,000 to buy a home in them. Those who want to rent a flat or home are given monthly payments equivalent to 20 percent of their rents, up to a total of USD $2,500.

With housing at a premium in many major cities in the United States, Plainville in Kansas and Curtis in Nebraska are betting that the availability of free land will help them to increase their population. People who move to Plainville can get free land to build new homes, and those who do so will receive tax rebates on the properties for 10 years on a declining scale, with the total savings equivalent to half of the amount that they would have paid.

Newcomers to Curtis, on the other hand, can apply for free commercial and industrial sites and government grants to set up their businesses. Families are also eligible for free residential lots, grants of up to USD $4,000 to help them pay for the construction of their homes, and up to USD $1,000 in cash if they have at least one child. 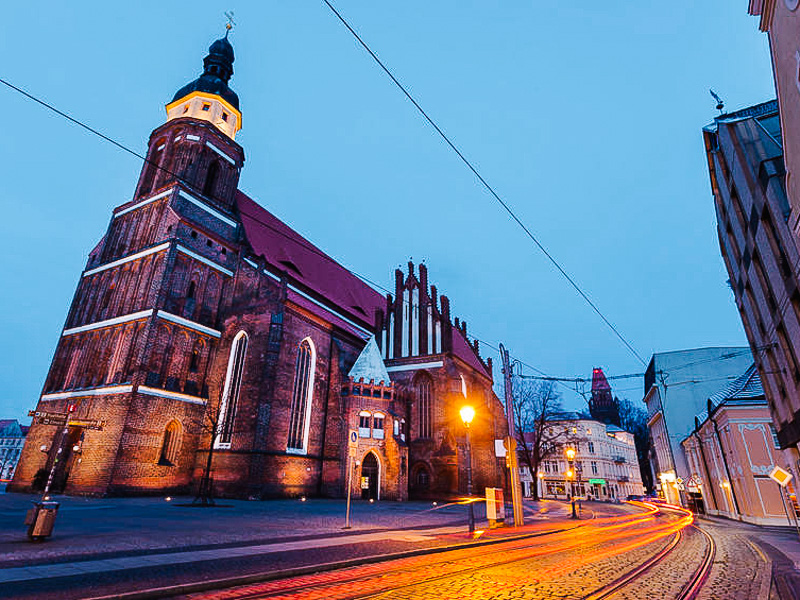 The small city of Cottbus in Germany © Henryk Sadura/ 123rf.com

Migrating can be a daunting process even in the best of times. In Germany, several small cities such as Cottbus and Calau in Brandenburg are aiming to seal the deal with prospective residents by providing free job consultations, introductions to local businesses in need of skilled workers, and support in finding housing and schools for their children.

These and other efforts have enabled Lauchhammer, another city in the region, to bring in more than 2,000 new residents since 2016.

06: A new path for immigrants

Canada accepts many immigrants each year, but most of them choose to live in its major cities such as Toronto, Montreal and Vancouver. To change this, the country launched a ‘Rural and Northern Immigration Pilot’ in 2019 that creates a path to permanent residency for skilled foreigners who want to live and work in one of the participating small cities1.

As part of the pilot, the cities, which include Timmins in Ontario, Claresholm in Alberta, and Vernon in British Columbia, compile and advertise their available jobs on their government websites, and recommend those who obtain them for permanent residency if they meet the requirements. The pilot is expected to approve up to 2,750 people and their families for permanent residency each year.

By cooperating with one another and their national government to develop differentiated roles in industry, secondary cities can reduce the competition among them and accelerate their economic development. Uganda’s ‘Vision 2040’ blueprint exemplifies this by identifying clear anchor sectors for several secondary cities, including tourism for Fort Portal, oil refining for Hoima, and mining for Moroto.

Hoima is on track to begin construction on its first crude oil refinery soon, with the project estimated to create 8,000 jobs for its residents. Fort Portal, which is located close to the country’s national parks and nature reserves, scenic crater lakes and mountain ranges, has also made strides in erecting more hotels and guest houses.

Nottingham in Britain has nurtured alliances with similarly-sized cities in other countries, including Karlsruhe in Germany. The two cities have hosted each other’s researchers and musicians, and organised cultural exchanges for students in their schools, among other collaborations. In 2015, Nottingham also completed an integrated tram network that was modelled after a similar system in Karlsruhe2.

While many secondary cities are focused on increasing their population, some are positioning themselves as premiere locations for holidays, business meetings, conferences and seminars. In May 2020, the Tourism Authority of Thailand and other organisations announced that they would work with the country’s secondary cities on a domestic tourism marketing campaign to help them recover from the impact of Covid-19 crisis.

In 2018 and 2019, residents who travelled to cities in 55 second-tier provinces, such as Chiang Rai and Ranong, could also claim income tax deductions of up to THB $15,000 (approximately USD $479) based on their accommodation, food, tour guide and other expenses. Companies could also apply for corporate tax deductions if they spent money on organising staff training seminars in the 55 provinces.

Secondary cities can also get a shot in the arm by co-investing in high-speed railways to connect them to major cities. Since the high-speed rail line between Paris and Bordeaux in France opened in 2017, reducing the travel time between them from three and a half hours to about two hours, the number of train passengers going from Paris and its surrounding areas to Bordeaux per year has increased by 78 percent as of 2019.

With the success of the Paris-Bordeaux line, another high-speed railway to link Bordeaux to London in Britain is in the works, and could begin operating by 2022. O