Affordable homes for all

Cities from Sydney to Los Angeles are grappling with soaring home prices and a growing lack of affordable accommodation for residents. From novel ways to adapt residential estates to self-sustaining financing models, these are some examples of new infrastructural and legislative ideas. 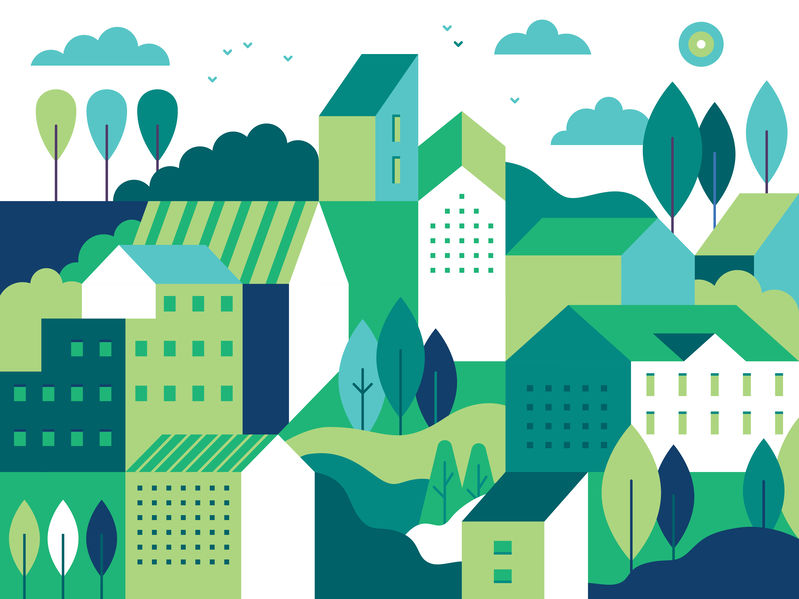 How can cities provide affordable housing for all? © venimo/ 123rf.com

More people are moving to cities, but homes in them are becoming increasingly unaffordable. In 2019, property consultancy Knight Frank found that the average real house price in 32 major cities worldwide is rising much faster than their residents’ average real income, signalling a growing problem in housing affordability. Between 2013 and 2018, the average real house price in the cities, which includes Sydney, Berlin, Tokyo, Amsterdam, London, Hong Kong, Vancouver and Kuala Lumpur, rose by 24 percent, compared to just 8 percent for their residents’ average real income.

The Knight Frank survey echoed findings by many other organisations. According to the United Nations (UN), only 13 percent of the world’s cities have affordable housing, defined as the average house price being less than three times of the average annual household income, or people spending less than 30 percent of their monthly income on rent on average. In 2018, researchers at New York University in the United States studied 200 cities across the globe and came to a similar conclusion: “Our survey’s main findings are that cities in all regions face serious affordability challenges when it comes to housing, and housing affordability deteriorates as cities face increases in population.”

To provide more affordable housing and arrest the growth in home prices, many cities are taking steps to adapt their residential estates to house more people, turn underused spaces such as car parks into homes, and ensure the proper use of existing housing stock.

“Cities in all regions face serious affordability challenges when it comes to housing, and housing affordability deteriorates as cities face increases in population.”

— A study from New York University

For many cities, finding ways to accommodate more people in existing residential areas is a priority. In Sydney, the government is persuading homeowners with spare spaces on their properties to convert them into self-contained rental apartments. Its Rightsize Service helps residents to finance modifications to change suitable spaces, such as their garage, backyard, or second floor after the children have moved out, into separate apartments. In exchange, a not-for-profit housing provider manages the new apartment for five years, renting it from the homeowner at market rate and subletting it to eligible tenants at a reduced rate capped at 30 percent of their income.

The construction of such apartments has also surged in California in the US after the state relaxed regulations in 2017 to allow more homeowners to build them. In Los Angeles alone, the city received applications from more than 11,800 property owners to create such apartments, which it calls Accessory Dwelling Units (ADUs), between January 2017 and September 2019, compared to 536 applications in the two years before that.

The city offers financing and technical advice to build the ADUs, and gives a one-time grant of USD $10,000 to homeowners who agree to rent theirs to low-income or homeless tenants at reduced rates for at least three years. Los Angeles Mayor Eric Garcetti said: “Our housing affordability crisis demands that we get creative. If just 10 percent of the city’s 500,000 single family homes had an ADU, Los Angeles could increase its housing density by half in just a handful of years. Most notably, this could be done without altering the character of a neighbourhood.”

In Maputo, the capital of Mozambique, on the other hand, the focus is on transforming informal settlements that have become part of the urban landscape. While their single-storey, makeshift houses serve as affordable homes for low-income residents, they are an inefficient use of land. The government has come up with an elegant and self-sustaining solution: demolish the ramshackle homes, build well-designed, two-storey, two-home properties in their place, give one to the low-income family for a nominal fee, and sell the other to finance the operation. Residents can choose whether or not to participate in the initiative. 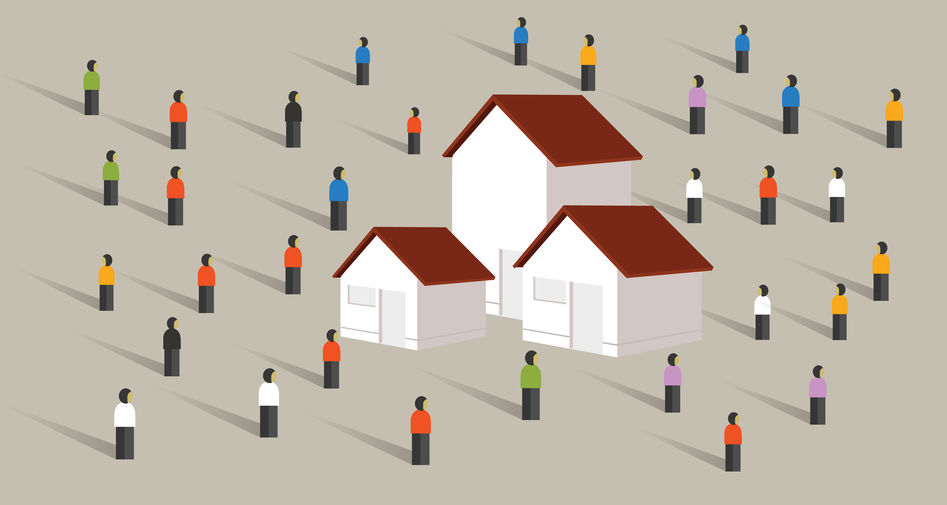 Providing affordable housing for its residents is an increasing challenge for cities as they grow © Bakhtiar Zein/ 123rf.com

Emerging trends may also free up land that can be used for additional housing. With the drive towards car-lite societies and the rise of online shopping, more car parks, especially the multi-storeyed ones typically found near shopping centres, will become superfluous. In Britain, where nearly half of all car parks are publicly owned, cities are taking advantage of their dwindling use to build accommodation on them. Harrow will construct 450 affordable homes on the sites of three car parks, while Coventry and Norwich will redevelop some of theirs into student housing. Bristol is also experimenting with different ways to erect affordable homes on car parks, including building them on stilts so that the parking spaces can still be used.

Office space conversions are another potential solution for housing shortages. Paris in France plans to use oversupplied office spaces to create the majority of its targeted 30,000 new affordable homes in the next six years. The homes, to be funded by a public-private partnership, will have rents at least 20 percent lower than market rates. As more companies adopt hotdesking and activity-based work, which require less office space, such conversions will become an increasingly viable option for cities.

“There’s no one-size-fits-all solution to address homeless and improving housing affordability across countries. Cities need to invest more in affordable housing, and policy makers must adopt different solutions according to their specific city contexts.”

While these infrastructural solutions will increase the availability of affordable housing, policy interventions may be needed too to ensure the proper use of homes. Home-sharing services such as Airbnb have, in some cities, led to more people buying or renting apartments only to sublet them to tourists for profit. Many cities have passed laws to limit such activity.

In Spain, Madrid requires homeowners to meet several conditions, such as having separate entrances for tourists, before they can rent out their homes for more than 90 days per year. The government said that the law, enacted in 2019, disqualifies about 95 percent of the city’s properties, and is necessary to prevent residents from being priced out of the housing market. Other Spanish cities have their own measures. In Valencia, owners of homes in the city centre can rent them out for only up to 60 days each year. In Barcelona, where a license is mandated for tourist rentals, the government has cracked down on illegal rentals by setting up a task force and using software to search listings on home-sharing websites.

Other cities have incentivised or mandated developers to provide affordable homes in new residential projects. Since 2017, developers in Vienna, Austria, who want to receive public subsidies for new housing projects must cap rents for two-thirds of the units at five euros (USD $5.40) per square metre. The government owns a quarter of the city’s housing stock and indirectly controls another 23 percent through associations that agree to cap rents in return for public subsidies. With these measures, the average rent in Vienna is 9.60 euros per square metre, compared to 13 euros in Prague, more than 17 euros in Copenhagen and Barcelona, and 26 euros in Paris and London.

Under the model, developers cap their profits at 15 percent, lower than the industry standard of 20 percent or more. To reduce the developers’ costs, and thus the homes’ purchase prices, Nightingale Housing surveys prospective buyers to identify amenities that do not need to be built, such as car parks. It also facilitates sales through its website in lieu of expensive display suites, real estate agents and marketing materials. In the first apartment building completed in 2017 in Melbourne, the homes’ prices were about AUD $100,000 (USD $67,250) or 19 percent lower than comparable housing in the neighbourhood. The organisation has completed one other project and has seven ongoing ones.

More of such novel initiatives are urgently needed. The UN estimated that about 100 million people are homeless and 1.6 billion people may lack adequate housing. It said: “There’s no one-size-fits-all solution to address homeless and improving housing affordability across countries. Cities need to invest more in affordable housing, and policy makers must adopt different solutions according to their specific city contexts.” O