10 ways cities can cut their emissions

With the United Nations warning that the world has just one decade left to avert catastrophic climate change, more cities are taking aim at their greenhouse gas emissions. From energy efficiency grades and limits for buildings to cooling systems that harness seawater and innovative loans for sustainability projects, these are 10 ways that cities have curtailed their emissions. 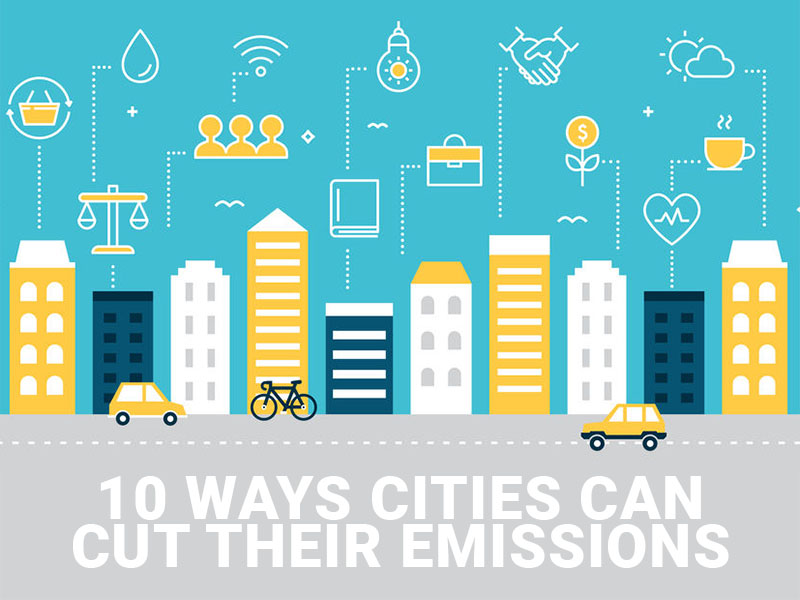 In Helsinki, Finland, the government is helping residents choose more sustainable ways of living by listing eco-friendly restaurants, bars, hotels, shops, venues, attractions and other businesses and events on its ‘Think Sustainably’ website. To qualify, the organisations have to meet a minimum number of criteria.

In the ‘restaurants, cafes and bars’ category, the establishment has to satisfy at least 10 of 17 criteria, which include using mostly LED lights, not using disposable tableware, donating or discounting leftover food, and recycling more than stipulated by regional waste management guidelines.

The government said: “Individual choices matter. In order to stop further climate warming, every Finn should reduce their carbon footprint from 10.3 tonnes to 2.5 tonnes by 2030. The ‘Think Sustainably’ service grants everyone the opportunity to be part of a larger change.”

Environmental-friendliness begins at home too. In Petaling Jaya, Malaysia, households can receive tax rebates of up to MYR 500 (approximately USD $115) for making their homes more sustainable. Applicants are assessed on their energy and water usage, waste management, their homes’ biodiversity and their means of transport.

They can earn points by covering more than 50 percent of their homes’ open spaces in greenery, installing solar panels, solar heaters, rainwater water harvesting systems and water-efficient fixtures, practicing composting and recycling, and using bicycles, hybrid vehicles and public transportation for their commute.

With buildings responsible for the bulk of urban emissions, cities are experimenting with many methods to make them more eco-friendly. In New York City in the United States, owners of large and mid-size buildings must submit their properties’ annual energy use data to the government and prominently display the letter grades – from A to D – that they receive.

The law, which took effect in January 2020, applies to more than 40,000 of the city’s one million buildings, and is aimed at nudging the owners of underperforming buildings to make improvements. Furthermore, by 2024, large and mid-size buildings, with some exceptions, will also have to meet emissions limits, failing which their owners will have to pay steep fines.

Building upgrades to improve their sustainability can be costly. In 2002, Melbourne, Australia, set up a ‘Sustainable Melbourne Fund’ to provide loans for such projects. Since then, the initiative has been expanded nationwide and renamed the ‘Sustainable Australia Fund’.

The fund disburses up to AUD $500,000 (approximately USD $321,000) for individual projects. Unlike other loans, no capital or security is required, and the repayments can be split between the building’s landlord and tenants. These and other unique terms of the loans are designed to overcome the barriers to environmental upgrades, including business cashflow.

So far, the fund has loaned over AUD $30 million (approximately USD $19 million) to projects that have forestalled over 300,000 tonnes of emissions. In 2017, an investment group tapped the fund to modernise an old building in Melbourne’s banking district, reducing its electricity and gas bills by 32 percent and 16 percent respectively.

Frankfurt, Germany, is another city that has made eco-friendly buildings a priority. In 2007, it announced that all new municipal buildings must meet ‘Passive House standards’, which are a set of strict energy efficiency standards. These include using at most 15 kilowatt-hours of electricity per square metre of living space for heating.

In 2010, it built on its commitment by requiring all city-owned buildings, including affordable housing apartment blocks, to meet the same standards. Today, the city has more than 300,000 square metres of gross floor area that conform to the standards, and over 50 building projects in the pipeline that will do so as well. 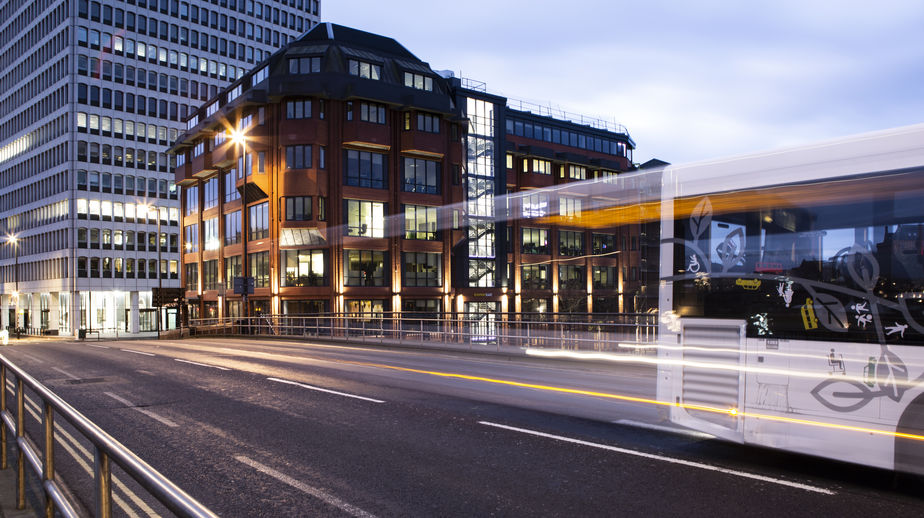 In transport, Bristol is leading the way in Britain. In 2019, the city’s council approved a first-in-the-nation plan to minimise pollution from vehicles. If given the green light by the central government, all private diesel vehicles except buses, taxis and emergency service vehicles will be banned from entering part of the city centre between 7 am and 3 pm from March 2021.

Commercial diesel vehicles will also have to pay a fee to enter a larger ‘Clean Air Zone’ if they do not meet strict emissions standards. Bristol Mayor Marvin Rees said: “We have a moral, ecological and legal duty to clean up the air we breathe.”

On the other side of the world, Shenzhen in China is stripping emissions from its transport system by electrifying a wide variety of vehicles. By 2017, it had replaced its entire fleet of 16,359 public buses with electric ones, and built 510 charging stations and 8,000 charging poles across the city to support them.

Almost all of its 21,689 commercial taxis also now run on electricity, with the remaining one percent that still use petrol slated to be substituted soon. These two initiatives alone have reduced the city’s emissions by 2.2 million tonnes per year, equivalent to removing about 500,000 cars from its roads.

After the electrification of the taxis is complete, the city will roll out 500 electric garbage trucks, and subsequently implement electric road sweepers, utility vans, forklifts, cement-mixing trucks and other vehicles. It has also mandated that ride-hailing services must use electric vehicles, and food delivery and mail and parcel delivery services are following suit.

Other cities are relooking other parts of their municipal infrastructure and operations to find ways to reduce emissions. In Chicago in the United States, the government is replacing 270,000, or 85 percent, of the city’s streetlights with high-quality LED fixtures that will use up to 75 percent less electricity and shrink its environmental footprint.

Previously, the city also retrofitted traffic lights at 2,900 intersections with LED ones, decreasing their energy use by 85 percent and its emissions by over 23,000 tonnes annually.

Other cities are deploying smart systems as well to dim their street lights at night when there is no one around, to reap further savings.

Compared to traditional air-conditioners, district cooling systems use much less energy. Such systems work by cooling water at centralised plants, and then sending the chilled water through a network of pipes to cool buildings. In Copenhagen, Denmark, water utility HOFOR has found a way to further improve their energy efficiency.

In both cases, tapping the seawater results in significant energy and thus emissions savings. By implementing the seawater-enhanced district cooling system, Copenhagen has averted up to 30,000 tonnes of emissions each year.

Cities with port operations can look to Rotterdam in the Netherlands for tips on how to cut their emissions. Since 2017, the city has scored ships that use its port on how much nitrogen oxide, sulphur oxide and carbon dioxide they emit, and offered discounts on port costs to the greener ships.

In 2018, it also launched ‘PortXchange’, a digital platform for shipping companies and service providers to exchange information about their visits to the port. Most vessels arrive too early at the port. If they are updated about when their berths will become available, they can reduce their sailing speed accordingly, save fuel and minimise emissions.

According to an analysis by the Port of Rotterdam Authority and a research group, supplying more accurate data to ships could help them to prevent four percent, or 134,000 tonnes, of emissions every year. Even more reductions could be achieved if the ships were better informed at least 12 hours before their scheduled arrival. O