While the COVID-19 pandemic has disrupted cities worldwide, its impact has not been uniform. These are some ways that cities are helping their more vulnerable citizens, including seniors who live alone, people with disabilities, homeless residents and lower-income families. 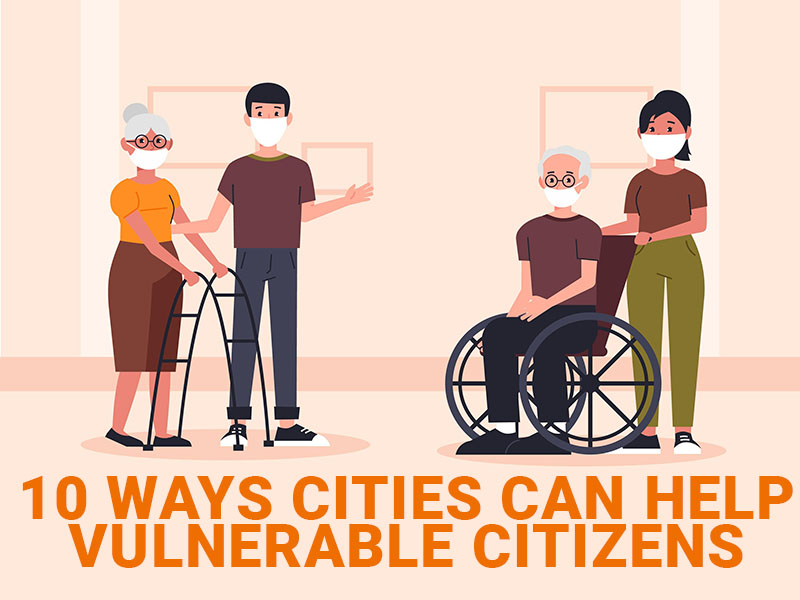 Elderly residents who live alone may have little contact with others and could suffer from social isolation and depression. Before the COVID-19 crisis, Barcelona in Spain developed a voluntary ‘Radars’ project that looks after such seniors by roping in their neighbours to check in on them, and asking the shops they frequent to report any marked changes in their routine that could signal a need for help.

With measures to stop the spread of COVID-19 potentially isolating these seniors further, the city is encouraging the neighbours to look in on the seniors more often, including by calling them or chatting with them from the doorway while respecting physical distancing rules. It also created an online poster which people can print and display in their building to get others to join the programme.

Greenwich in the United States, on other hand, has partnered with schools to offer such seniors company during the pandemic. It has created a ‘Bridging the Generations’ programme that connects vetted high school students with elderly residents for regular phone or video calls to alleviate the latter’s loneliness. The city noted that the students benefit too: “Older adults are valuable mentors and sources of support for our students.”

The Greenwich Country Day School and Greenwich Commission on Ageing are also hosting daily online classes, exercises and performances which the seniors can join via a computer, tablet, smartphone or landline.

With many cities moving quickly to cope with the impact of the COVID-19 crisis, the effect of their policies on people with disabilities may fall through the cracks. A way to prevent this is to follow the example of Pittsburgh in the United States, which has appointed a Disability Service Facilitator for each city department to review how policies will affect accessibility, advise on related issues and resolve violations of the Americans with Disabilities Act (ADA).

Ms Hillary Roman, Pittsburgh’s ADA Coordinator, noted: “The city is a large entity serving a diverse community that interfaces with each department differently. Having these facilitators is a significant and meaningful step toward making the city’s disability inclusion efforts more holistic and robust.”

As San Francisco in the United States adds bicycle lanes to facilitate physical distancing, it is also taking care to implement features so that people in wheelchairs, seniors in walkers and others with mobility issues can cross them more safely. These include narrowing the lanes before crossing points to signal cyclists to slow down, and making the crossing points more conspicuous through paint and reflective markings.

Where the lanes are next to roadside parking spaces, ample buffer space is provided between them so that people in wheelchairs can deploy lifts and ramps to enter and exit their vehicles. If there are bollards between the lanes and parking lots, these are also spaced widely enough for vehicle doors to fully open and the lifts and ramps to be used.

05: Help for the homeless 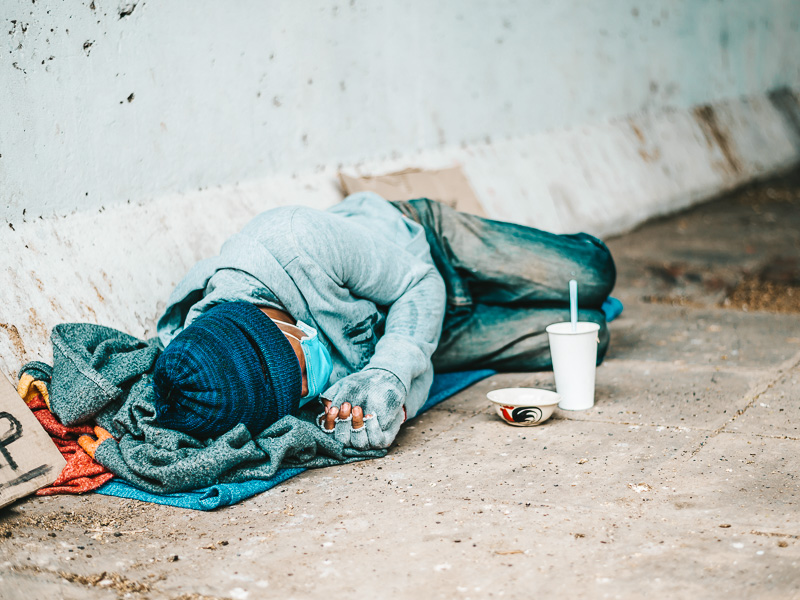 Homeless people are especially vulnerable to contracting the coronavirus and spreading it © Freepik/ Freepik.com

Homeless people are especially vulnerable to contracting the coronavirus and spreading it because they rely on shared spaces such as soup kitchens for food and hygiene. To protect them and help them in the longer term, Athens in Greece has established a multipurpose homeless centre that offers not only safe shelter but medical and psychosocial support services, as well as help in finding a job.

It also opened another homeless shelter that focuses more specifically on people with serious drug addictions. This centre operates detoxification, counselling and other programmes to give the homeless citizens their best chance of staying off the streets in the long run.

06: A lifeline for abuse victims

To help domestic abuse victims who may be trapped with their abusers due to quarantines and movement restriction orders, many French cities such as Nice and Nancy have designated pharmacies as safe spaces where they can seek help, including by saying a code word if they are with their abusers. Pharmacies were chosen as they remain open during lockdowns and are visited by many during the COVID-19 pandemic.

Cities could turn to crowdsourcing to expand their resources to help residents in need. In May 2020, the Turkish city of Istanbul created a website where people can help to pay its low-income residents’ utility bills. Istanbul Mayor Ekrem İmamoğlu explained the decision: “Many citizens call the municipality to ask what they can do for those experiencing financial difficulties, so we are pairing up burdened citizens with those who want to help.”

Only the city can upload bills to the website, and the personal details of the families and donors are anonymised. To date, the initiative has helped about 182,700 households pay nearly TRY 25 million (approximately USD $3.2 million) of bills.

With the COVID-19 pandemic shifting more of people’s lives online, lower-income families will be disadvantaged in areas from work to education if they cannot afford Internet access. To avert this, Toronto in Canada is collaborating with technology firms and service providers to provide up to 25 free WiFi hotspots in low-income neighbourhoods by the end of 2020.

These will connect about 13,000 citizens in 6,600 homes to the Internet for free for up to a year. Mr Lawrence Eta, Toronto’s chief technology officer, said the initiative is needed now more than ever, with many public spaces that usually offer free Internet service still closed due to the coronavirus: “It is critical that we make the digital realm accessible for all.” 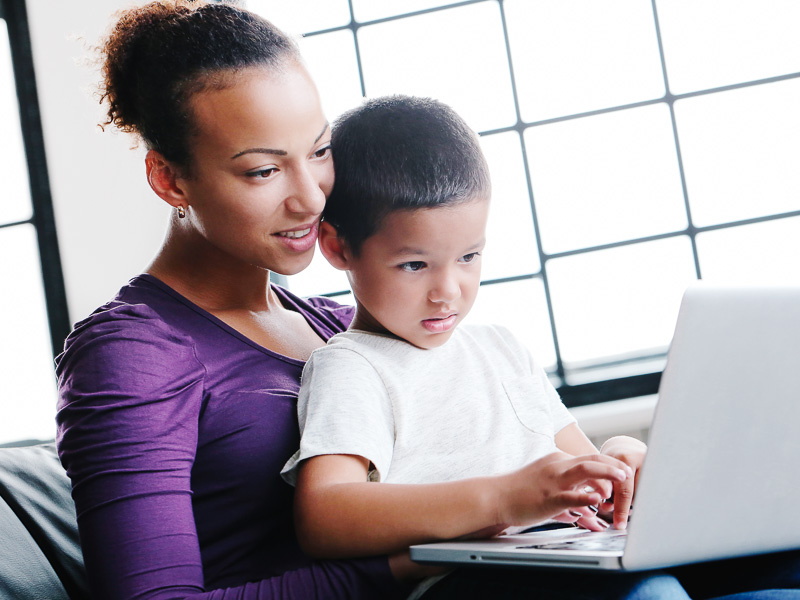 Sacramento in the United States, for its part, has piloted a ‘Digital Equity’ programme to give up to 10,000 households free broadband access until December, after which they can continue to have the service at a discounted rate. It is also offering up to 1,000 households free computers and lessons on how to use them. Both streams of the programme will prioritise low-income households with children and seniors.

The city is working with non-profit organisations and school districts to identify the families in need as well as ‘digital champions’ who will teach them basic digital literacy. Sacramento Mayor Darrell Steinberg said: “The COVID-19 pandemic has disproportionately affected our low-income communities and made it even more crucial that we close the digital divide.”

In São Paulo, Brazil, a project called ‘Connect the Dots’ is helping three vulnerable groups of residents through the COVID-19 crisis. The city buys produce from farmers struggling to sell it, trains people from historically excluded groups such as transgendered residents, migrants and refugees to cook meals with the ingredients, and distributes the food to needy families.

The project, launched in 2017, has been supported by partners such as Bloomberg Philanthropies, the International Labour Organisation and the city’s University of Campinas. O