From Singapore to Bangkok to Paris, cities are making more and better use of their subterranean spaces beyond the conventional laying of utility pipes and railway lines. By excavating caverns for public facilities, and reinventing existing underground spaces, cities can create new room for growth and improve residents’ quality of life. 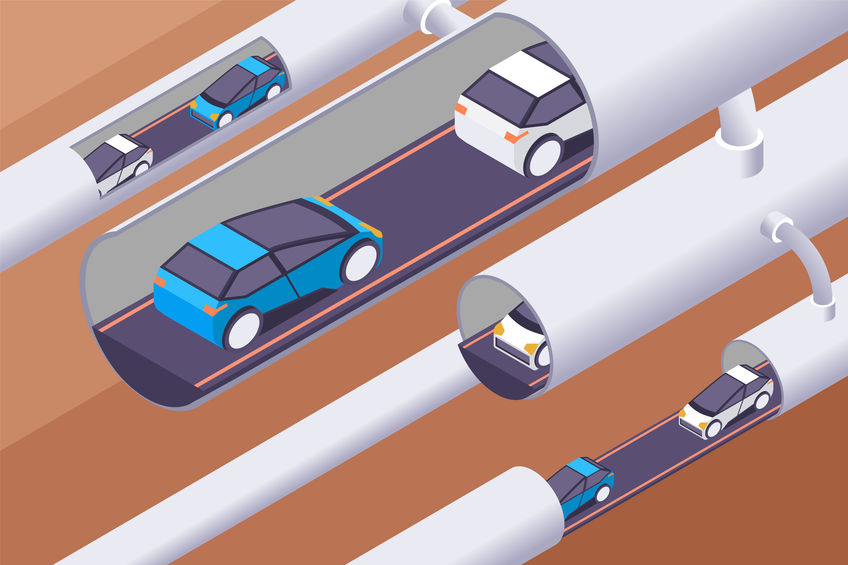 For the past few months, commuters passing through Seoul’s Sangdo subway station may have noticed an extraordinary sight: an automated underground farm with robots growing plants in a previously disused part of the station. The smart ‘metro farm’ opened by the city’s government in September 2019 was only the first: four others have since been established in the Dapsimni, Cheonwang, Euljiro 3-ga and Chungjeongno stations respectively.

Like many other cities, Seoul in South Korea, the 2018 winner of the Lee Kuan Yew World City Prize, has been making more and better use of its subterranean spaces in recent years. For some cities, such as Paris in France, developments such as dwindling car ownership have opened up opportunities to reinvent existing underground spaces, to boost residents’ quality of life. For other cities, such as Hong Kong, looming land shortages have created an urgent need to delve underground and excavate new spaces to accommodate growing populations.

Each year, about 77 million people move to cities globally, increasing the demand for urban housing, offices, shops and other infrastructure. While building more neighbourhoods, reclaiming land and erecting more skyscrapers could meet some of this need, these approaches have limitations. Sprawling cities make it more difficult and costly to supply utilities such as water and electricity. Land reclamation imposes an environmental cost and will become harder as sea levels rise due to climate change. Skyscrapers may face height restrictions for various reasons, including aviation-related ones.

By developing underground spaces, cities can limit sprawl and reap other benefits. They could better protect vital infrastructure, such as water reservoirs and treatment plants, from extreme weather events that are expected to become more common in the coming decades. Advances in technology have also widened the range of what can be sited beneath the surface. From Singapore to Bangkok in Thailand and Helsinki in Finland, the following are some examples of cities that have broken new ground in underground urban planning.

“Good underground planning and effective use of underground space can enhance the connectivity with the surroundings, improve the urban environment at ground level, create space for different commercial and public facilities, and optimise the development potential of scarce land resources in the long term.”

In Paris, the focus has been on redeveloping existing underground spaces. The city’s car use has declined by 32 percent since 1992, leaving many underground carparks underused. It is also sitting on 32 square kilometres of abandoned quarries, 16 disused metro stations, and other unused facilities such as tunnels and cellars. In 2017, Paris Mayor Anne Hidalgo noted of the subterranean spaces: “They are an incredible wealth for the city, and we should be doing something with them.”

To encourage citizen participation and support for their redevelopment, the government launched a competition that year to seek proposals for 34 of the sites. Some of the winning ideas, announced in January 2019 and now under construction, include a cocktail bar and restaurant in one of the former metro stations, a storage unit, and a bicycle and pedestrian tunnel. Paris Deputy Mayor Jean-Louis Missika highlighted that the government had restricted entries to public facilities: “This is our opportunity to communicate, cooperate, and create something together that will give us more space to meet one another.”

In congested Hong Kong, on the other hand, the government has been seeking ways to carve out more underground space for critical but non-public-facing infrastructure, including sewage and water treatment plants, data centres and reservoirs, in anticipation of further population growth. “All of the urban flat land in Hong Kong is built-up,” explained Mr Tony Ho, the government’s chief geotechnical officer. “If we can put suitable facilities inside caverns, we can release precious surface land for other uses, including housing.”

In 2017, the government completed a feasibility study that identified 48 areas in the city that could house caverns for various uses. In 2019, it presented a proposal to develop part of the space under the city’s Kowloon Park, underlining the literal room for growth underfoot. By building three-storeyed caverns under just a quarter of the park’s land, the city could add nearly 50,000 square metres for all-weather pedestrian walkways, community facilities, shops, restaurants and carparks. Beyond improving the area’s connectivity, the caverns’ additional retail space could be used to support local brands, lawmakers suggested.

The government summarised the benefits of going underground, which apply to not just Hong Kong but also other land-starved cities: “Good underground planning and effective use of underground space can enhance the connectivity with the surroundings, improve the urban environment at ground level, create space for different commercial and public facilities, and optimise the development potential of scarce land resources in the long term.”

One space, many uses 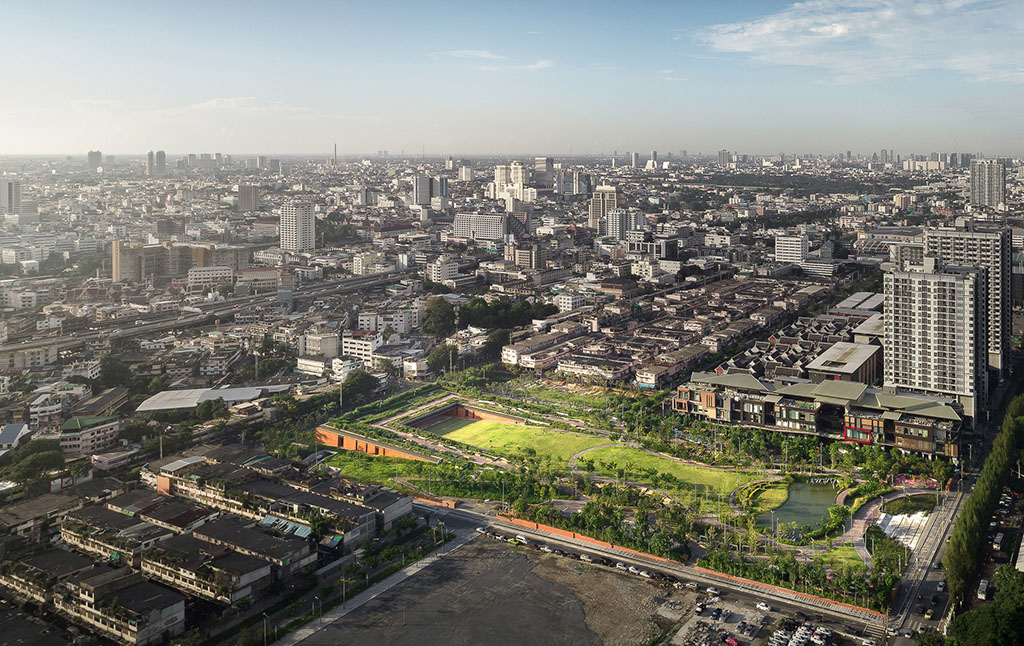 With ingenuity, underground developments can also serve multiple purposes at the same time. In Kuala Lumpur, Malaysia, the Stormwater Management and Road Tunnel in the city centre has reduced flood risks by 45 percent, including in previously flood-prone areas such as Masjid Jamek, Lebuh Ampang and Jalan Tun Perak, and cut motorists’ traveling times.

The tunnel consists of a four-kilometre motorway set on top of a 9.7-kilometre stormwater diversion channel. During periods of heavy rainfall, stormwater is allowed to flow through the channel into a holding pond even as the motorway remains open. When necessary, the entire tunnel can be closed to the public and used for stormwater diversion. In 2018, it diverted 3.5 million cubic metres of water over a single weekend of particularly prolonged torrential rain, preventing floods in the city centre.

Helsinki, a leader in subterranean development, has demonstrated the dual advantages of placing data centres underground. Cooling the servers in such centres is usually energy-intensive and expensive. Helsinki has sited several data centres in underground rock caverns to take advantage of their constant low temperature, and to tap chilly water from the nearby Baltic Sea more easily to cool the servers. The seawater heated by the servers is piped into the city’s district heating system to warm homes, realising even more energy savings.

Other cities have shown that some underground land uses pair naturally with specific above-ground ones. In Bangkok, a 44,500-square-metre park at Chulalongkorn University feeds stormwater into underground tanks for flood protection. The park is inclined at three degrees to facilitate the flow of stormwater into the containers, and is filled with plants that filter and clean the water so that it can be reused to maintain the greenery or discharged more safely into the public drainage system. The synergistic pairing has been such a success that the city is replicating it with a larger, 145,600-square-metre park at its Thammasat University.

“Underground space can be an asset in providing urban areas with additional space. The future of our cities could well depend on planning the use of underground space in a comprehensive manner.”

To ensure that underground construction goes more smoothly, cities can take a leaf from Singapore. The city-state is developing a three-dimensional map of its underground, including the specific locations of utilities and planned uses in each district, to help building owners and land developers craft proposals for subterranean spaces. It has also established a national geological office and amended laws so that the government owns underground space more than 30 metres below the surface and can acquire specific stratums of space. Such legislative moves enable cities to develop underground public projects more easily.

The Netherlands, for its part, has mandated the sharing of soil and groundwater data to quickly build up a comprehensive survey of its underground territory. Any company that excavates or drills underground has to provide the information it collects to an open database, called the Basis Registratie Ondergrond, or Key Registry for the Subsurface, set up by the government. Furthermore, anyone who finds inaccuracies in the registry must report them. The registry’s data will be used to make a three-dimensional map of the country’s underground to aid in subterranean development.

In the near future, underground facilities may be as common as skyscrapers in cities. In China, more than 20 cities, including Beijing, Shanghai and Shenzhen, have devised proposals for their subterranean spaces. The plan for Xiong’an, a new city currently under construction, includes a parallel world underfoot, with spaces up to 26 metres deep to be used for shopping and entertainment complexes, parking, storage and civil defence shelters, and even deeper spaces up to 40 metres below the surface reserved for pipes, transportation, water storage, defence-related structures and other municipal infrastructure.

Mr Han Admiraal and Ms Antonia Cornaro, who have advised cities as co-chairs of the International Tunnelling and Underground Space Association’s Committee on Underground Space, wrote recently: “Underground space can be an asset in providing urban areas with additional space. It can become an urban service layer by housing uses that do not require daylight. It could be vital for our survival by offering heat for energy and storage for water. The future of our cities could well depend on planning the use of underground space in a comprehensive manner.” O