More cities are taking to drones and other unmanned aircraft to boost their emergency services, fight crime and achieve other goals. These are 10 examples of how cities are tapping the aerial technologies and ensuring their proper use. 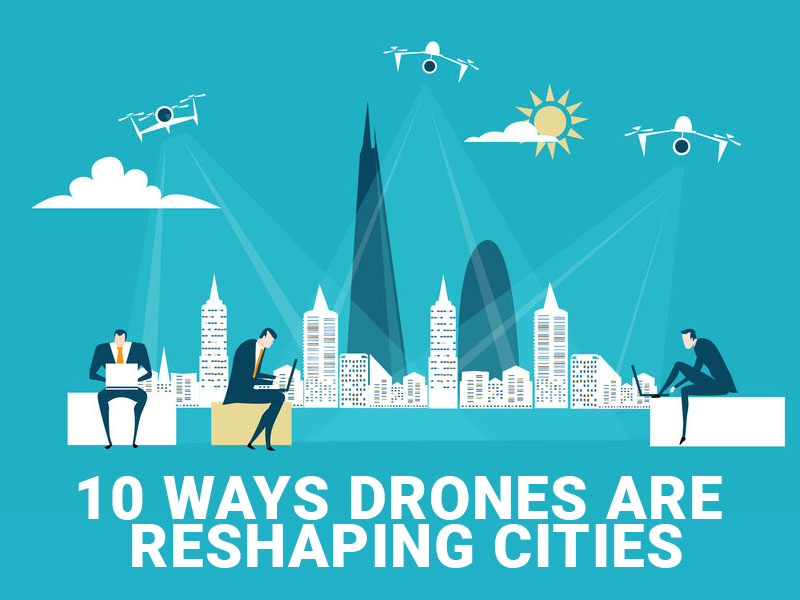 Commuters in Guangzhou, China, may soon have another way to get to work. The city has partnered with a firm that specialises in autonomous aerial vehicles (AAVs) to pilot them as a mode of transport. The firm will work with the authorities to set up infrastructure such as landing and take-off pads, as well as a command-and-control centre for officials to verify that multiple AAVs can traverse the city in a safe way.

The upcoming pilot will span three or four regular flight routes, and the fee for each journey is expected to be comparable to that of hailing a taxi in the city. So far, the firm has logged more than 2,000 successful test flights, including in harsh weather.

Commercial flying taxis are also slated to become part of the transport network in South Korea by 2025, with the national government unveiling an urban mobility roadmap in June 2020 to show how it plans to achieve the goal. It is currently developing an air taxi for individual passengers that will be able to travel up to 50 kilometres between city centres and suburbs, and may create other vehicles that can cover longer distances or ferry more people.

The air taxis will be trialled in Seoul in 2024, where they will fly between the city’s Incheon and Gimpo International Airports, Cheongnyangni train station and Coex mall. The taxi service is projected to reduce travel times by up to 70 percent when it is fully commercialised.

Cities have also turned to drones for help in the midst of the COVID-19 pandemic. In Nice in France, the police have been using drones equipped with loudspeakers to remind residents to keep their distance from one another in public spaces. Burgas, a city in Bulgaria, on the other hand, has enlisted drones with thermal cameras to detect people outdoors who have high temperatures.

In Vilnius, the capital of Lithuania, drones were tasked to distribute leaflets with information about quarantines to citizens. These and other cities’ experience demonstrate how drones could play a role in future outbreak response measures. 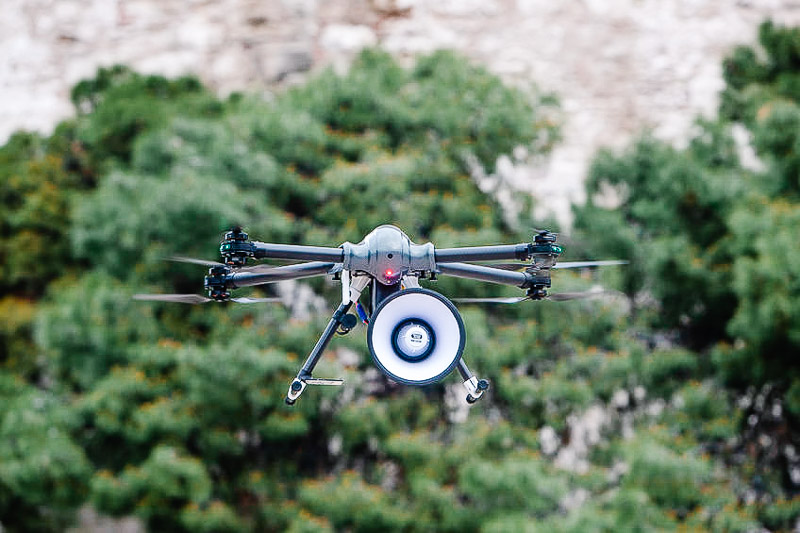 Drone with recorded message informs citizens of Thessaloniki in Greece to stay home to be protected from the coronavirus © Vasilis Ververidis/ 123rf.com

Daejeon, the fifth-largest city in South Korea, is relying on drones to improve its emergency services. The government is trialling a system wherein a drone can reach any location in the city within two minutes, capture real-time video of the reported incident and send it to a data hub that monitors the city’s municipal services.

The information is then relayed to the emergency services responders so that they can better prepare en route and take more effective action once they arrive at the location. Depending on the trial’s results, the city may expand the drones’ use and place one on the rooftop of each of its 26 emergency centres.

People who have heart attacks in Gothenburg, Sweden, could be saved by drones delivering automated external defibrillators. SOS Alarm, the country’s national emergency call centre, is working with the Karolinska Institute’s Centre for Resuscitation Science and an autonomous drone firm to test the use of such drones in the city from June to September 2020.

Three drone systems have been placed in different locations to respond to incidents of cardiac arrest that are reported to SOS Alarm and are within a six-kilometre radius. “The drone is dispatched at the same time as the ambulance and will certainly be the first to arrive, and our operators are ready to instruct bystanders on how to initiate the life-saving device,” said Mr Mattias Regnell, Head of Innovation and Research at SOS Alarm.

For several police departments in Mexico’s cities, drones have acted as eyes in the sky to aid in arrests and deter crime. In 2019, the Mexico City Police Department started deploying camera-equipped drones to enhance security at large public events, provide responding officers with live video feeds of the scene, and assist in other operations.

Officers are trained to teleoperate the drones from the department’s command centre to the locations of emergency calls. “Our team is able to gain a level of visibility that was never before possible, helping us to drive efficiencies and better serve our community,” said Mr Edgar Martinez, the department’s Director of Cybersecurity and Intelligence.

07: An eye for inspections

With more households in Sacramento in the United States putting up solar panels on their homes’ rooftops, the city has invested in a drone to help check the installations. The government said that the drone could also be used for other inspections in the future, adding that several measures will be taken to protect residents’ privacy. These include disabling the drone’s recording function when it is examining a building.

Other cities in the United States have also proposed using drones for inspections. In New York City, officials have tabled a bill to legalise the use of drones to follow up on complaints about unsafe building façades or construction work.

As climate change increases the likelihood and duration of dry spells, wildfires may become more common in some cities. In 2015, the Los Angeles Fire Department (LAFD) was one of the first fire departments in the United States to create a drone programme that is now essential to its firefighting efforts, especially against wildfires.

In the past, its firefighters had to search for the fires and depend on their experience to avoid being trapped by them. Now, the department launches drones with thermal cameras and heat sensors to survey the ground so that it can direct firefighters and better position water drops to douse the fires.

Mr David Danielson, one of the programme’s lead pilots, said of its impact: “A picture is worth a thousand words. You’re creating situational awareness, mitigating risk, preventing injury to the firefighters and preserving the property that you’re trying to save.”

09: A defence against drones

While cities have benefited from the use of drones, they also need to defend themselves from malicious actors who may exploit the technology for mischief. Over the past few years, for example, drones have disrupted flights in Singapore, London, Madrid and other cities.

In Tokyo, Japan, the government has installed detection systems across the city to locate suspicious drones quickly and enable the police to disable them. The systems identify signals emitted by unmanned aerial vehicles (UAVs) in flight to pinpoint their position and altitude. The police have their own drones which can fire nets to capture others, as well as jamming equipment that blocks the communication between a UAV and its pilot.

Singapore has passed legislation that encourages the responsible use of drones. For instance, unmanned aircraft (UA) that weigh over 250 grams must be registered before they can be used, and people who are caught operating an unregistered UA could be fined up to SGD $10,000 (approximately USD $7,200), or jailed up to six months, or both.

The city-state is also ensuring that people who want to use heavier UA are qualified to do so. As an example, from February 2021, people who want to fly a UA that exceeds seven kilograms for recreational purposes must be at least 16 years old and first pass both a theory test as well as a practical assessment to obtain a UA pilot license. O