Suzhou is awarded the 2014 Prize for its success in meeting the multiple challenges of balancing economic growth with protection of cultural and built heritage. 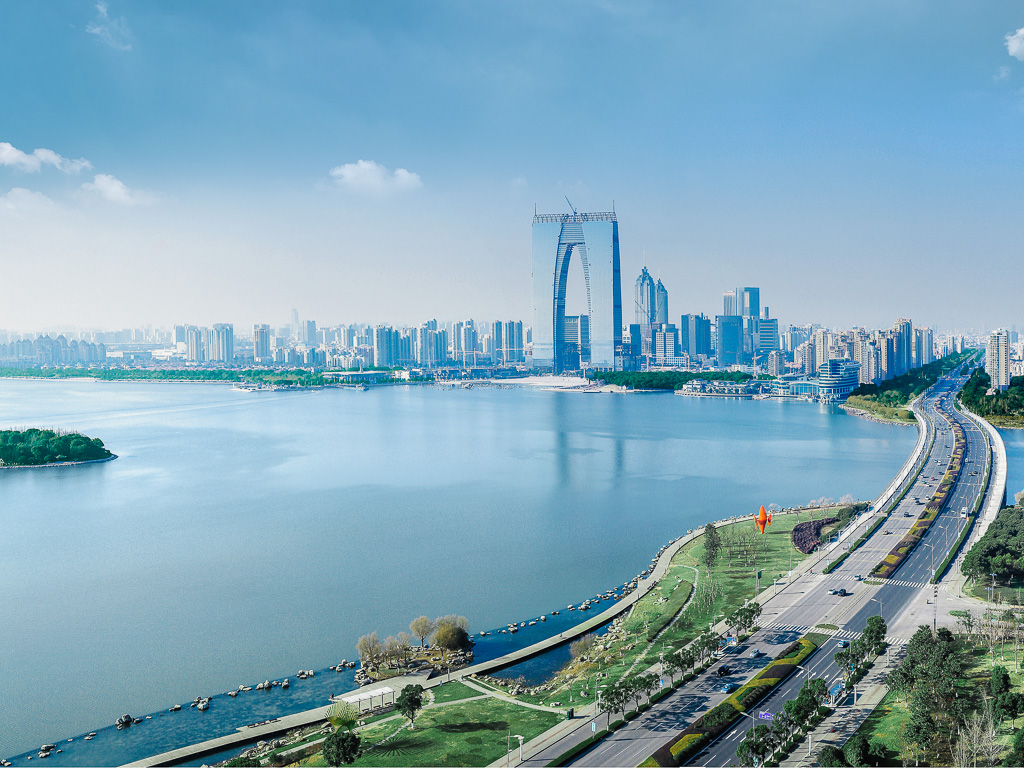 SUZHOU has undergone remarkable transformation over the past two decades. The significance of its transformation lies in the city’s success in meeting the multiple challenges of achieving economic growth in order to create jobs and a better standard of living for its people; balancing rapid urban growth with the need to protect its cultural and built heritage; and coping with a large influx of migrant workers while maintaining social stability.

Suzhou had initially benefitted from Singapore’s experience and contributions in the 1990s when it set up its first industrial estate and prepared a master plan of the industrial township and city centre. However, since then, Suzhou has independently put in place many initiatives that have propelled the city forward.

Firstly, it has successfully transited from an agricultural, manufacturing, export-oriented economy to an innovative, high-value, service-oriented economy. The city carried out proper planning and made deliberate efforts to invest in physical infrastructure to support its economic objectives. Coupled with a combination of innovative incentives and international marketing, the city has attracted key businesses from around the world to take shape in Suzhou Industrial Park (苏州工业园区) and Jinji Lake Central Business District (金鸡湖中央商业区). The city continues to invest in needed infrastructure even as the city expands. For example a new Metro system will serve the whole city and link its core with key industrial zones and other new development areas.

Secondly, Suzhou recognised the importance of cultural conservation at the city-wide level, even as the drive for modernisation gained momentum. In order to maintain and preserve Suzhou’s old city which comprised its historical and cultural core, Suzhou redirected urban growth pressures to a new Central Business District, a mixed-use centre for the 21st century. At the same time, the city continued to invest in its rich heritage, making it come alive for residents, small businesses, and tourists, as part of the continuation of the education and culture that has long been the hallmark of Suzhou. The UNESCO-designated regions, such as Pingjiang Historic District (平江路历史区), are being preserved while continuing to serve as attractive neighbourhoods for its residents.

In its development of specific projects, Suzhou should be commended for continuous enhancement of the living environment. Stone Lake Scenic District project (石湖景区工程) is one such example. This district demonstrated Suzhou’s innovative social policies in the re-settlement of rural farmers to urban areas. Pig farming activities had to be relocated as these activities were contaminating the existing lake. The farmers were resettled in a short span of four months by utilising the innovative '1-for-3' relocation housing policy, where farmers were offered three units of urban housing in exchange for their one unit of farm residence. They are able to enjoy the first unit for themselves, the second unit for family members, and the third unit as income property. The city protected and made more accessible their water-rich landscape which is consistent with the Chinese value of ‘water’ forming linkages and connections between water and settlements.

Thirdly, a significant achievement of Suzhou is its inclusionary policies in the treatment of migrant workers. Faced with a surge of migrant workers flocking to the city for jobs, Suzhou’s economic growth is complemented by innovative social policies that advance community integration. Migrant workers are given equal opportunities to access health and education benefits as the local residents. These policies have facilitated the integration of workers into the city and brought about greater social stability.

Throughout the period of continuing rapid growth, Suzhou has maintained its specific and distinctive local identity and culture, creating a high quality of life for its residents and workers and attracting tourists to share in its past and future. However, in view of the rapid pace of development, it is noted that more attention could be given to the urban design of the city to guide individual development projects. In addition, quality architecture and more appropriate form massing of suitable human scale should be encouraged.

On the whole, the city leaders of Suzhou have demonstrated strong leadership and commitment to develop the city, guided by good governance and structured processes. The clearly articulated long-term vision and planning approach that Suzhou has put in place, combined with competent leadership and strong political support, have enabled the city to tackle urban challenges effectively. Suzhou provides many good lessons for the many rapidly urbanising cities in China as well as in other developing nations. O