Economic prosperity, social welfare and environmental protection are prerequisites of liveable and sustainable cities. While embracing these pillars wholeheartedly, the 2014 Prize Laureate Suzhou has gone beyond this standard by encouraging historical and cultural stewardship, social harmony and urban-rural integration.

Cities mentioned in this article:
Suzhou 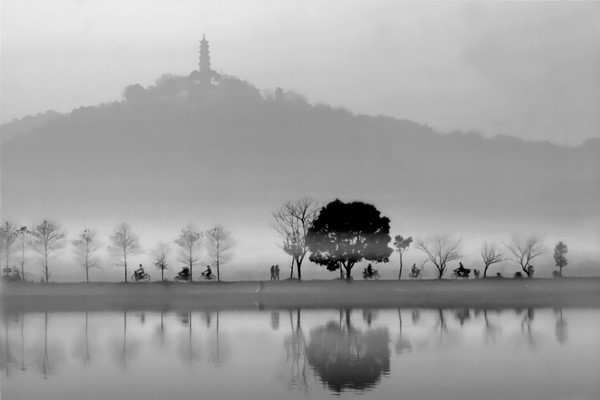 Over the last half-decade, the efforts of Chinese cities to balance economic growth with social and environmental considerations have been admirable. Achieving this goal, however, has been highly challenging for local and national authorities.

China’s economic success, which sprung from its vast industrial base and high infrastructure spending, has resulted in the country facing an array of issues common with developing nations. These include mass rural-urban migration, social inequality, congestion and pollution. Fortunately, through sound management and robust policymaking, the city of Suzhou in the eastern province of Jiangsu, China, has been able to mitigate these challenges. Furthermore, it has managed to preserve its rich culture and heritage. Indeed, since 1997 the city’s Pingjiang Historic District – with an architectural heritage dating back to the Song Dynasty – has been a UNESCO-designated district.

“Suzhou has always been one of China’s most beautiful cities. It could have been destroyed by modernisation and industrialisation,” says Professor Kishore Mahbubani, then-Chairman of the Prize Nominating Committee. “Instead, Suzhou’s leaders took a holistic approach and sought to achieve the triple goals of economic and social progress, as well as the preservation of its significant historical heritage.”

Balancing the needs of a growing city with cultural and environmental considerations was an integral part of Suzhou’s 1996–2010 master plan, which was outlined in the early 1990s. During the development stage of the plan, the city’s leaders were keenly aware of the social and environmental pressures caused by rapid economic growth. At that time, China’s GDP was growing at a rate of around 10 percent annually, fuelled by heavy industry and a throng of low value-chain businesses.

Suzhou’s city planners consciously decided to steer the city towards sectors and industries that were less damaging to the environment and that were higher in the value chain.

“During the city’s development process, a particular emphasis was placed on protecting the environment and natural habitat, as well as maintaining Suzhou’s cultural and historical heritage. The city consciously rejected pollutant industries and focused on high-tech, service and emerging industries,” explains Mr Xu Ming, then-Vice Mayor of Suzhou.

“Not only has this made the city cleaner, it has also elevated the value of Suzhou’s economy. The city’s planners were very aware of the interconnectivity between enterprise, the economy and the environment,” Xu adds.

Indeed, the city’s focus on innovative, high-value and service-oriented businesses has attracted much foreign investment. Many of the latter are housed in Suzhou’s four economic development zones, which offer incentives for domestic and foreign companies. In addition, a new central business district was built in order to preserve historical buildings and other points of interest.

“Suzhou’s leaders took a holistic approach and sought to achieve the triple goals of economic and social progress, as well as the preservation of its significant historical heritage.”

Irrespective of vast challenges caused by rural-urban migration, Suzhou has increased the number of social benefits offered to residents, as well as made these available to migrant workers – a policy that is uncommon across China. Such social benefits include the introduction of free compulsory education, equal employment opportunities between migrant workers and local citizens, and subsidised medical care. More than 15,000 public-rented homes were built in order to cater to non-native urban residents. The city has also opened a large number of hospitals and schools in the last decade. These actions have facilitated the integration of workers into the city and brought about greater social stability.

Furthermore, Suzhou has introduced numerous policies aimed at increasing the income of residents. The city encourages its citizens to start their own businesses, as well as invest in securities and other financial markets.

Suzhou residents also benefit from the city’s efforts to protect and restore eco-sites. For instance, the Stone Lake Scenic District project incorporated compensation policies to resettle rural farmers in urban areas, in order to protect the quality of the water and the surrounding environment. The farmers were resettled within four months through an innovative ‘1-for-3’ relocation housing policy, where farmers were offered three units of urban housing for the one unit of farm residence. The farmers were able to keep the first unit for themselves, offer the second unit to family members, and the third unit could be used to provide additional income.

“In most Chinese cities, migrant workers tend to feel neglected. Suzhou has successfully integrated them into the community and has avoided any social problems you might see because of this,” explains Dr Liu Thai Ker, then-member of the Prize Nominating Committee.

Successfully implementing a relocation policy is a feat that remains greatly challenging for the majority of Chinese cities. “Resettlement has been problematic for China. Suzhou devised a very effective policy, which it has managed successfully,” says Dr Liu. 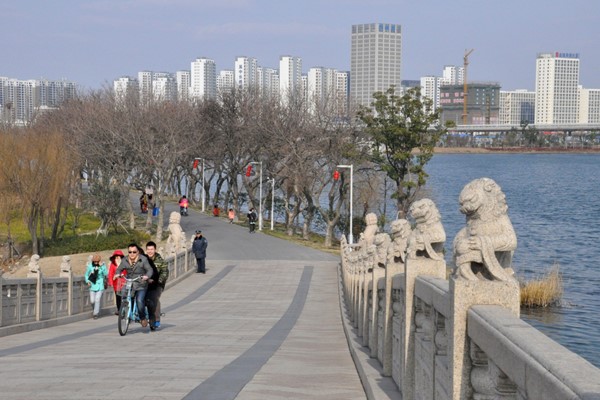 The above achievements, irrespective of how innovative and forward-thinking they may be, would be hard to execute without sound governance. Throughout the developing world it is not uncommon for environmental and social considerations to be sacrificed for economic growth. These policies are often seen as a quick-win, yet they seldom produce the desired results. Longer term planning is also rarely addressed. Thus, the process of urbanisation becomes uncontrollable.

The leaders of Suzhou made a conscious decision more than two decades ago to avoid these outcomes. The city remained true to its plans while overseeing changes of leadership during this time.

“The city leaders of Suzhou have demonstrated strong leadership and commitment to develop the city, guided by good governance and structured processes. The clearly articulated long-term vision and planning approach that Suzhou put in place – combined with competent leadership and strong political support – have enabled the city to tackle urban challenges effectively,” remarks Professor Mahbubani.

Given the vast challenges Chinese cities have faced over the last few decades, Suzhou’s achievements are remarkable. Indeed, the city is scenic, spacious, business-friendly and well governed, among many other attributes. Furthermore, the city successfully merges millennia of cultural heritage with modern vibrancy.

Suzhou’s inclusive policies, which enable migrant workers to live harmoniously alongside local residents is noteworthy. As is the provision of social benefits, such as education and healthcare to migrant workers, making Suzhou highly liveable.

Suzhou’s continued efforts to become a high-value, service-oriented economy have attracted much foreign investment. Indeed, the city can act as a role model for other Chinese cities, as well as those from further afield.

“The preservation of culture and heritage is a common challenge for cities,” says Xu. “This is something other cities can look to Suzhou and learn from. The city’s experiences with ecological and environmental issues could also be inspirational for other cities, particularly those from the developing world.” O