How healthy are our cities?

For the first time in history, more than half the world’s population live in cities. This urban growth has led to socio-economic and health imbalances, yet urban residents overwhelmingly enjoy better health than their respective countries’ national averages. Can the world’s cities deliver future health and well-being? 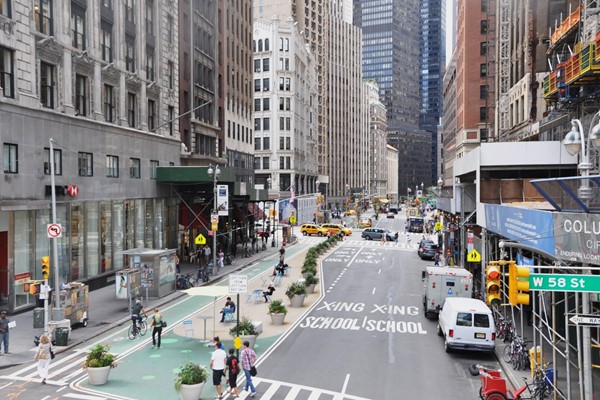 A person’s health is intrinsically bound to where they live. Given the United Nations Population Fund reports that majority of the global population live in cities – and this is estimated to grow to 70 percent by 2050 – the urban environment will continue to define global health and wellbeing. So far the world’s urbanisation has risen in parallel with improved health and global life expectancy, especially in Latin America and East Asia. These emerging economies have seen both rapid population growth and an average life expectancy that has almost caught up with the European and North American averages.

The trend towards urbanisation poses a variety of health-related issues and scenarios. Urban dwellers enjoy better health than their agrarian or rural counterparts – the World Health Organisation (WHO) reports that infant mortality rates are lower, nutritional intake is higher and there is greater access to healthcare facilities and services within cities. However, cities in both the developing and developed world are seeing widening socio-economic inequality with diverse but profound impacts on intra-city health.

In the developing world, the 863 million people the UN Habitat organisation estimates to be living in informal settlements are especially vulnerable to communicable, infectious and chronic diseases. Even for those people who are considered to be low income rather than urban poor, healthcare may simply be unaffordable. Dr Ernestina Coast, Associate Professor of Population Studies at the London School of Economics, estimates that healthcare expenses force over 100 million people a year into poverty.

Expanding the public health structure, as well as improving aspects such as a reliable public transport system and increasing public safety and security, is key to the health of poor urban communities. One notable champion is Sheila Dikshit, former Chief Minister of Delhi and Lee Kuan Yew World City Prize Special Mention 2010. Under her leadership she expanded Delhi’s public transport, including metro and rail, and began the process of introducing compressed natural gas-powered buses – both measures that led to a marked improvement in Delhi’s air quality. She also sought to improve and empower poor communities – especially women – by implementing greater access to both health care and employment opportunities.

In the developed world, non-communicable, lifestyle-related diseases are now the leading cause of death. The dominant urban lifestyle in developed cities – that of a sedentary nature; is one that Dr Karen Lee, Director of the Built Environment, New York City Department of Health and Mental Hygiene, identifies as fundamentally unhealthy. This sedentary lifestyle is accompanied by symptoms of tobacco use, physical inactivity, unhealthy diets and alcohol. Its ramifications are evident. Obesity now accounts for 65 percent of deaths in American men and has overtaken smoking as the leading cause of premature death in Australia. In Southeast Asia, heart failure is the leading cause of death.

“In the developed world, non-communicable, lifestyle-related diseases are now the leading cause of death.”

Aside from the undesirable results of this lifestyle, cities face an economic imperative to ensure they are healthy. An unhealthy population can have serious financial implications, including rising healthcare costs. A 2010 study by the World Economic Forum estimated that over the next 20 years non-communicable diseases will cost more than USD $30 trillion. There are also associated issues of decreased productivity and working days lost through sick leave. For countries with ‘greying populations’ this implies a proportionally smaller workforce that is less likely to be healthy and productive. With liveability and quality of life also intrinsically linked to health-related factors such as air pollution – a ‘healthy’ city is a key draw for attracting both talent and tourism.

In Asia, high-income Asian regions – Hong Kong, Tokyo and Singapore – tend to outperform the rest of the world in delivering both socio-economic performance and high-quality health and living standards. However, Dr Lee argues that rapid urbanisation in Asia is outstripping some urban administrations’ ability to put in place the required urban planning and processes. As a result, some cities lack the necessary physical and systematic infrastructure to ensure their environmental and economic sustainability.

Dr Lee calls for Asian cities to adapt the model of urban growth that is characterised by suburban sprawl. The focus for city planners should be ensuring that developments consider population density and ensure available land has mixed-usage. Planners should ensure there is a good ratio of commercial, work, school and retail spaces, with appropriate pedestrian, cycling and public transport links.

This model was implemented in New York City, Lee Kuan Yew World City Prize Laureate 2012, where the city pursued a programme of integrating architectural best practices, urban planning and local communities to create healthier buildings, streets, and urban spaces. Urban design encouraged outdoor activities, including recreational pursuits and bicycling, building design strategies promoted walking, and the community was encouraged to participate and give feedback. These interdependent strategies resulted in an increase in public health and quality of life.

New York offers an example of strong political will driving change. In the case of creating a healthy city, changing mindsets is important, but civic administrations must put in place the necessary infrastructural and institutional framework. A key tenet of healthy cities is the ability to move from an automobile-focussed city to one that puts healthier options at the forefront.

A healthy city must be a mixture of people, policies and infrastructure. Some cities have taken the lead in promoting a healthier, less sedentary lifestyle and restricting the use of automobiles. Kuala Lumpur has introduced a four-hour car-free Sunday in the city’s downtown area. This both reduces car emissions and promotes the use of any non-motorised transport. The initiative has proven such a success that the city plans to increase it to two Sundays a month.

Singapore has also promoted activities and forms of transport that are both healthier for people and less polluting. The city is incrementally introducing the physical infrastructure required for widespread pedestrian and bicycle use. The city has introduced park connectors, exercise stations and rest areas along walks for the city’s elderly, as well as a commitment to build 700 kilometres of cycling paths island-wide by 2030. Infrastructure to drive a healthier lifestyle can then be supported by helping to change the populace’s mindset through a mixture of education, incentives and guidelines.

Why the future matters

Cities have a key role to play in global health, not just in providing healthcare services, but also in preventing disease, improving quality of life and laying the foundation for healthy lifestyles. With cities now the dominant polity globally, how they address the issue of health will have ramifications. To succeed, cities must adopt and stick to a clear vision and engender buy-in from stakeholders, including local community members and businesses. In this way, cities can and must develop institutions robust enough to deliver a global health polity capable of delivering a sustainable future. O