Taking vertical greenery to the next level

Green buildings and vertical gardens alone are not enough to realise the vision of a truly green and sustainable city. In order to tackle the challenges of density, climate change, and biodiversity loss, cities must look beyond vertical greenery to include other dimensions and integrate with its larger landscape. 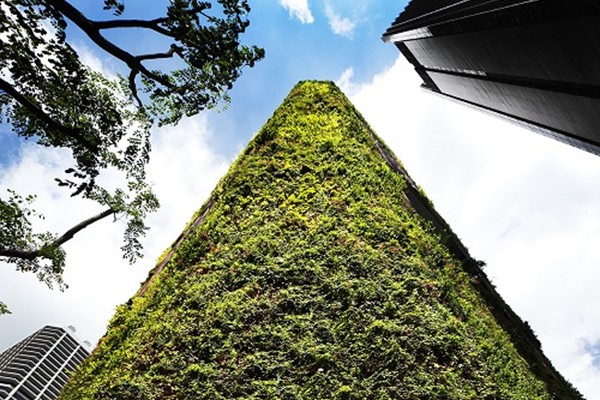 Vertical greenery, such as sky gardens, green walls or screens, and elevated parks, is growing in popularity as builders and planners recognise and seek to address the desire of citizens to live and work close to pockets of nature amid a dense built environment. For these residents, access to vertical greenery can deliver benefits such as better air quality, cooler temperatures and improved mental well-being.

But a city that is filled with vertical gardens is not necessarily a green or sustainable city. There is a risk that such gardens may fail to serve as truly sustainable features, from the point of view of both the building as well as the city at large. Sharing his take on vertical greenery, Wong Mun Summ, co-founder of WOHA Architects, observes, “We are seeing more buildings integrate greenery, but often as secondary add-ons.” Wong warns that such green features, when tacked-on as an afterthought to the design, are often difficult or costly to maintain, and may not thrive in the long run.

In other words, green elements must not only look good, but also offer environmental benefits such as a reduced carbon footprint through lower heating or cooling costs. Wong, who is the newest member of the Lee Kuan Yew World City Prize Nominating Committee, pointed out that urban buildings now consume up to 40 percent of global energy. Thus, it is imperative that vertical gardens help to reduce, rather than add to, a building’s carbon emissions.

The next step is to look ‘beyond token greenery’ and work towards vertical green cities that can address the environmental challenges of the 21st century. This means that cities, especially those in developing regions, must turn their attention towards the pressing issues of density, energy and nature, rather than plan according to blueprints from the mid-20th century, when environmental threats such as energy and water scarcity, and climate change, were not part of the equation.

The urgency of this task is compounded by the numbers. By 2050, the world’s urban population is projected to grow by 2.5 billion, with 90 percent of this growth concentrated in Asia and Africa. Cities will also be at the forefront of the fight against climate change, given that urban areas contribute up to 70 percent of global carbon emissions. Meanwhile, declines in biodiversity and natural areas pose a threat to vital ecosystem services related to food and water security, pollution mitigation, storm-water management and the urban heat island effect.

“We are seeing more buildings integrate greenery, but often as secondary add-ons.”

Vertical green cities, when well-designed, represent part of the solution to this urban environmental dilemma. Large cities are often crowded, competitive and noisy places. Such an environment can be stimulating and contribute to what makes a city exciting and attractive. But it also risks creating a scarcity of spaces that are quieter and restorative, where people can rest, recharge and recover from sensory overload.

A number of urban projects have set out to reconcile these seemingly disparate elements, of high density and ample green spaces, within a built environment. In Bangladesh, BRAC University in Dhaka has integrated a dense educational facility with tropical wetlands with a campus that drew inspiration from the nearby Sundarbans mangrove forests. The campus floats on a lake that was previously a polluted swamp and is designed to minimise the need for air-conditioning. The building also mimics the diverse strata of a natural forest, with multiple levels of civic and community spaces below the lake, and several floors of sky gardens above that provide spaces for study and interaction. 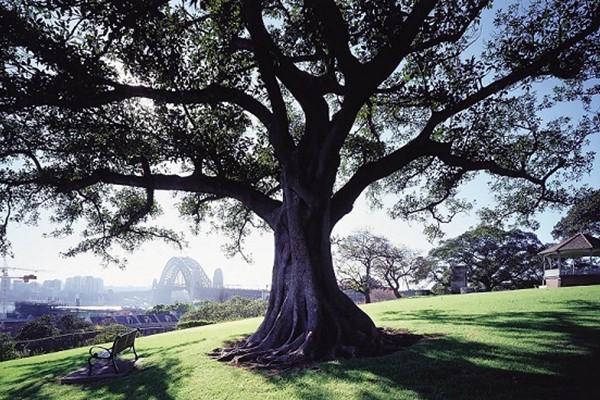 Meanwhile, greenery and urban sustainability are core aspects of Sydney’s Sustainable Sydney 2030 vision, which aims to make this Australian city one that is green, global and connected by 2030. The practical sides of this vision include the Greening Sydney Plan, which has since served as a blueprint for many other cities’ greening plans. On the ground, the plan includes the planting of 800 to 1,000 trees annually to increase Sydney’s urban canopy target by 50 percent by 2030, as well as sixteen other projects that have delivered benefits such as pollution filtration, improved air quality, cooler public parks and new community gardens and city farms.

One notable showcase is Sydney Park, a wetland and flood mitigation zone that is also the site of the city’s largest water harvesting system. Completed in October 2015, this water recycling project uses underground pipes to divert storm water to bio-retention beds. The filtered water is then reused to irrigate the wetland and supply a neighbouring council depot. Sydney also boasts the first carbon neutral council in Australia and has reduced its carbon emissions by more than 20 percent since 2006.

In Singapore, where high-rise homes dominated the cityscape, public housing developments are now starting to integrate vertical greenery while still maximising land-use. At Kampung Admiralty, a ‘vertical village’ is being built to house residences as well as public facilities and services all under one roof. Dominating the roofscape is a series of terraced Sky Gardens and a Community Park, which also serves as a ‘village green’ with studio apartments for senior citizens that facilitate mingling among neighbours. Another recent public housing project, SkyVille@Dawson, consists of twelve high-rise ‘villages’ with a sky garden shared by 80 households, which are also connected to commercial zones via vegetated linear parks. 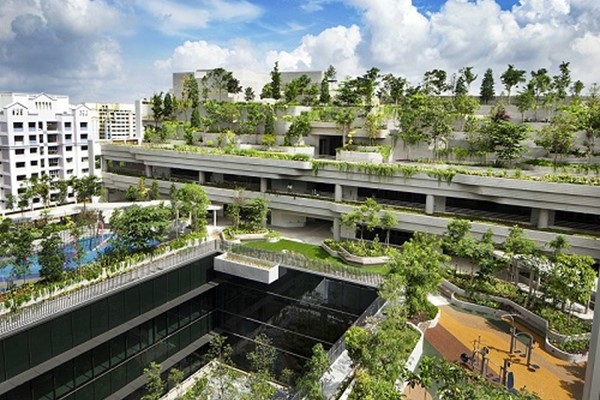 Planning for a garden city

These projects, rather than focusing solely on vertical greenery, adopt a broader view that seeks to create multiple levels of green spaces in and around an urban environment. At a citywide level, the making of such green or garden cities would require planners to abandon two-dimensional grids in which the way a space is used is clearly segregated. Instead, there should be a three-dimensional matrix that spans the horizontal as well as the vertical layers of a city. This approach to creating a garden city would accommodate both density and space, and create room for multiple functions and uses within a single building or development.

Such an integrated and interconnected approach to city planning will be challenging as it requires a great amount of high-level co-operation and collaboration. The result, in effect, would be that every building or development, be it public or private, effectively serves a civic or environmental purpose. To achieve this, policies must also effectively prioritise the broader needs of citizens over narrow commercial considerations.

“Humans have a fundamental need to be continually connected to nature so as to maintain a sense of positive well-bring, work productivity, psychological restoration, creativity and delight.”

Going further beyond just buildings, landscaping for natural spaces should also form part of urban planning strategies. To enhance access to nature, Malmö in Sweden included 16 green corridors linking urban and countryside areas as part of its 2003 Green Plan. Meanwhile, Singapore has set a goal of creating up to 180 kilometres of Nature Ways by 2030. Such networks would facilitate wildlife movement between otherwise isolated green spaces as well as offer a healthier and more biophilic environment for residents who commute or exercise along these corridors. As environmental pressures mount in the future, urban landscape planning may even encompass traditionally non-urban activities such as farms that add to food security or the generation of renewable energy through food or plant waste.

For Wong, the ideal city is one that can house several million people affordably but also offers communities and spaces that foster a sense of place and belonging, such as parks, gardens and woods where people and nature can peacefully co-exist. Far from being a pipedream, he believes that this larger vision of a green city is gaining ground as more people recognise the value of green spaces. “Humans have a fundamental need to be continually connected to nature so as to maintain a sense of positive well-bring, work productivity, psychological restoration, creativity and delight,” he says. The alternative, he warns, may be cities “where citizens are leading increasingly insular lives and suffering from anxiety, depression and other stress-related diseases.” O 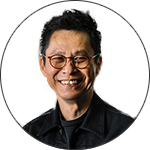