Today’s cities are high-density environments that house large populations, experience high volumes of traffic, and consume vast quantities of processed food and beverages that are imported from afar. Dr Karen Lee, Adjunct Professor at the schools of public health at universities of Alberta and Toronto, shares insight on what cities must do to keep their residents healthy while mitigating pollution and controlling levels of waste. 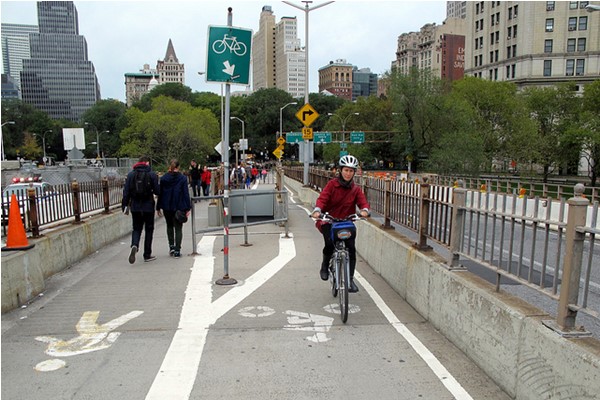 According to the World Health Organisation (WHO), two-thirds of all deaths globally in 2011 were caused by non-communicable diseases, such as cardiovascular diseases, cancers, diabetes and chronic lung diseases – the vast majority of which stem from unhealthy eating, physical inactivity, tobacco use and alcohol consumption. According to Dr Karen Lee, the design of today’s cities can significantly create supportive environments for the lifestyle behaviours needed to mitigate these threats.

Like the WHO, Dr Lee argues that one key factor to creating healthier cities starts with supporting its populace to be physically active as a part of everyday life. This is achieved through encouraging active and sustainable forms of transport, such as cycling and use of public transport, which usually starts and ends with walking. Furthermore, using stairs and ramps rather elevators and escalators also increases physical activity.

“By creating footpaths, cycling routes and transit systems that are convenient and easily accessible, cities are not only promoting physical activity, but are also generating less air pollution and reducing fossil-fuel usage. Stair use is an effective way of increasing physical activity as a part of everyday routines within our buildings. By climbing a staircase, you burn calories as well as gain other cardiovascular benefits,” says Dr Lee.

“In using stairs, you are also not using an electronic device, like elevators and escalators. An escalator running 24/7 can generate four carloads of carbon dioxide (CO2) a year, which is not an insignificant amount. In the home, televisions also require large amounts of electricity and in the state of New York, TVs will soon overtake refrigerators as the largest household-good consumer of electricity. By providing recreational areas that are nearby to homes, accessible, shaded and generally pleasant, cities can help encourage families to shift from inactive and energy consuming behaviours such as TV viewing to physically active play that does not consume electricity,” she explains.

Dr Lee uses examples from America’s vast list of cities to make her case. In New York City, for instance, commuter cycling has seen a 289% increase over the last decade, while the rising childhood obesity trends seen across most US cities has seen a recent reversal in New York. Physical inactivity in New York City adults is down for the first time in a decade. And New York has seen a faster rise in life expectancy than elsewhere in the US. Furthermore, the city has also created pedestrian plazas across its five boroughs, such as in Times Square and Union Square, which were once full of traffic during all hours of the day. This too has further encouraged walking among the city’s residents while also improving retail outcomes and air pollution.

“By providing outdoor recreational areas that are shaded and generally pleasant, cities are replacing inactivity and energy consumption with physical exercise and energy conservation.”

Urban planning can improve the health of city residents in numerous ways. In addition to promoting physical activity, good urban design and planning can help to ensure that each neighbourhood has access to healthy food such as fresh produce, which will support improved eating habits of residents. Additionally, addressing the number and density of fast-food outlets within a particular ward can also assist residents to eat healthier.

“There is evidence that not having access to healthy food has repercussions for human health, including unhealthy eating and obesity. There are cities that are doing some very interesting things to tackle these issues. Detroit does not allow fast-food outlets in the immediate vicinity of a school, and the city of Los Angeles has put a moratorium on fast-food restaurants in an area that is deemed to already have a high density of fast-food retailers. While in New York City, zoning and tax incentives have been created to promote supermarket development and expansion in food desert areas,” Dr Lee explains.

“Today, new urban developments have the opportunity to factor all of these issues into their design. Planners can set minimum standards for healthier food premises, like supermarkets or farmer’s markets, and they can ensure that their cities don’t end up with an overload of unhealthy food. They can combine these measures with measures to promote regular active living such as sufficient density, mixed land use, good pedestrian connectivity and amenities, bicycling infrastructure and transit access to maximize the health of our populations.”

Dr Lee also points out that the introduction of new fresh-food outlets creates more jobs and contributes to the economy. Furthermore, encouraging healthier eating can mean decreasing use of highly packaged and processed foods, which not only have a high carbon footprint, but also create excessive waste through packaging. Indeed, when humans eat fresh-food or drink safe tap water, they create very little waste. Processed food, on the other hand, carries with it a lot of transportation miles and is highly packaged, with most of this packaging ending up in a landfill. All of these things impact pollution levels, not only because of the carbons dioxide (CO2) generated during transportation, but also because the packaging that encases the processed food cannot always be recycled or biodegraded. Therefore the need for fresh healthy food and produce is not just a human health issue; it is equally an environmental issue.

“There is evidence that not having access to healthy food has repercussions for human health, including unhealthy eating and obesity.”

According to Dr Lee, the cities of tomorrow – particularly those in emerging markets – have the opportunity to prevent the continued rise of non-communicable diseases such as heart disease and stroke, diabetes and cancers. In the past, good urban planning was used to prevent the spread of the previous epidemics of the 19th and early 20th centuries. The professor uses the example of New York City at the turn of the 20th century, where addressing these issues through urban planning the city was able to bring under control multiple epidemics like cholera and yellow fever.

“In lower Manhattan in 1910 the population density was double what it is presently and in some wards it reached up to seven times the density of today. There were inadequate systems for garbage and sewage; there were very crowded settlements and apartments with no windows; the streets were very dark and dank, and epidemics of diseases like tuberculosis, cholera and yellow fever were common. But, through careful planning the city was able to decrease and even eliminate many of these diseases.”

Dr Lee mentions the Croton Aqueduct that brought freshwater to the city from upstate New York; the Tenement Housing Act of 1901 where all buildings had to have access to light and air through windows; and the introduction of the New York Subway in 1904 that allowed workers to spread out from living only in overcrowded lower Manhattan and still commute to their place of employment quickly. Furthermore, in 1916 New York City passed a zoning law, which required all buildings to be moved back from the streets to allow light and greater flow of air into the streets.

“The types of results that we saw were staggering. In 1880 infectious diseases caused almost 60% of deaths in New York City. Yet by 1940, it had dropped to 11%. And this was before the widespread use of antibiotics and the introduction of modern medicine,” says Dr Lee.

Developing-nation cities that are rapidly growing – such as those found in Asia –that still have issues with sanitation, safe water and other infrastructure need to pay attention to these issues and accordingly take measures that have worked in other cities. However, these places also need to concomitantly address how their cities are growing, and the urban design and planning issues that address the current leading causes of deaths through environments supportive of active living and healthy eating.

Furthermore, the ill health of a city’s workforce can also hamper a city’s economy. Absence from work due to sickness also has costs that add to the medical expenditures associated with illness. Therefore, keeping the population healthy is as much an organisational issue as it is a personal one.

Dr Lee asserts cities must consciously choose to become healthier. Indeed, not only must government agencies be involved, but also it requires participation from the private sector and individuals. The concept of healthier cities, in Dr Lee’s viewpoint, is in the best interest of all stakeholders, as they make urban environments more liveable and more sustainable in the long-term. They also ensure their citizens live longer.

“If we put in a conscious and concerted effort to urbanise in a healthy, economically and environmentally sustainable way, residents will enjoy a better quality of life,” Dr Lee concludes. O 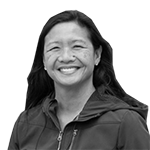