Companies such as Airbnb and Uber have become ubiquitous by tapping into the potential of underused resources. Now, more governments, non-profit organisations and citizens across the world are participating in the sharing economy and even taking the lead in shaping it, to make their cities more efficient, sustainable and inclusive, and build stronger community bonds. 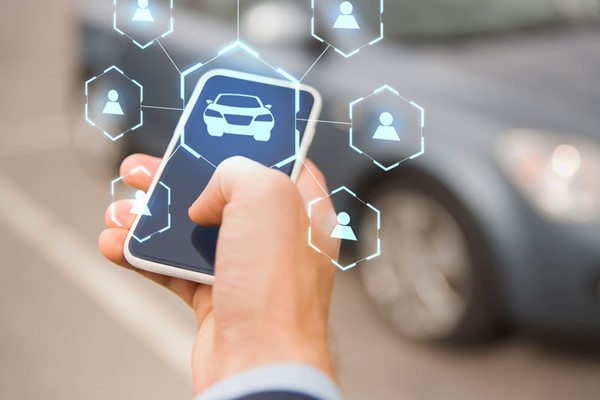 Car-sharing in the city © dolgachov/ 123rf.com

Most cars are idle for hours at a time, many homes have unused rooms and staggering amounts of food are dumped and wasted on a daily basis. While companies such as ride-sharing firm Uber and home rental service Airbnb have become household names by tapping on these and other underutilised resources, governments, non-profit groups and citizens are increasingly looking into ways to share them to maximise their value and benefit people.

By 2025, the global sharing economy is expected to be worth US$335 billion, up from just US$15 billion in 2014, according to professional services firm PricewaterhouseCoopers (PwC). In China alone, the governmental State Information Centre has said that the country’s sharing economy is expected to grow at an average annual rate of 30 percent between 2018 and 2022. In 2017, about 700 million Chinese citizens, or about half of the country’s population, used one or more sharing services.

On the other side of the world, New York City in the United States, Amsterdam in the Netherlands, Copenhagen in Denmark, Toronto in Canada and Seoul in South Korea founded the global Sharing Cities Alliance in 2017 to share their experiences and best practices. The network has since created a database of case studies, research reports, countries’ regulations and other data and information related to the sharing economy to help its members.

Other countries have reported growing use of sharing platforms and are forming their own partnerships to encourage citizens to come together and make better use of their possessions. In 2017, the Danish government published a long-awaited sharing economy strategy with 22 proposals setting out how it will work with others and develop its own solutions. Aarhus, the country’s second-largest city, has been designated as a pilot city for experiments, including an ongoing electric vehicle sharing programme.

Seoul, the winner of the 2018 Prize, declared its goal to become a sharing city in 2012 and has since introduced several major initiatives, including a bicycle-sharing system with about 500,000 members, a car-sharing programme with 1.8 million members, and a government rental service to encourage the sharing of children’s clothes and toys, which are typically used for only a short period and would otherwise be discarded.

“Sharing not only often decreases the cost of access, but can be used to address long-term societal challenges and make cities more inclusive,” said Ms Cheryl Martin, the World Economic Forum’s (WEF) Head of Industries, in the organisation’s 2017 report on the rise of the sharing economy. “The wealth of ideas, products and skills in cities makes them fertile grounds for exchange, with new technology platforms connecting users and facilitating transactions at a rate never before imaginable.” The following are some innovative examples.

“Sharing not only often decreases the cost of access, but can be used to address long-term societal challenges and make cities more inclusive.”

In Montreal, Canada, many homes have driveways that were empty during the day and garages with plenty of unused room. In 2016, the government of the Rosemont-La Petit-Patrie borough decided that the spaces could be put to better use as additional parking spots for the city. After consulting with its citizens, the government amended its laws so that property owners could rent out not only their driveways and garages as parking spaces, but their sheds and basements as storage units and their gardens and yards for urban farming.

The government noted that parking is an important issue in many cities, and this strategy would allow authorities to maximise the use of existing parking spaces and avoid building new ones which may also be underused. Since then, the city’s Little Italy district has also allowed homeowners to rent out their driveways during the day while they are at work, and business owners to offer their parking lots to others at night after they have closed their shops.

Montreal’s experience is just one example of how cities have made use of the sharing economy to optimise their land use. In 2010, the city of San Francisco in the United States modified its laws to promote car-sharing with the same goal of reducing the need to provide parking spaces. Since 2010, all new buildings with residential units, and all existing buildings being converted into homes, must reserve a proportion of their parking spaces for shared vehicles. The city also set aside 900 of its on-street parking spaces for car-sharing companies.

With the infrastructural changes, by 2016, each shared car was used for six hours each day and by 19 different people each month on average, according to a report commissioned by San Francisco Municipal Transportation Agency. Nearly one in five car-owners who used the shared cars sold or donated their vehicles, while others changed their minds about buying one. In all, the efforts removed or prevented an estimated 60,000 vehicles from being on the city’s roads, dramatically reducing the government’s need to provide parking lots and roads.

The sharing economy’s potential in improving land use is not limited to transportation. In New York City, citizens have banded together to transform abandoned buildings and derelict land plots into community spaces. In New York City, 596 Acres, a non-profit group named after the total area of vacant public land in the city’s Brooklyn borough when it was formed, started putting signs on the fences around the plots to encourage citizens to get permission to turn them into shared gardens, parks or farms. The group has revitalised about 200 sites, with many of them now managed by the community around them. Similar initiatives have been replicated in Philadelphia in the United States and Melbourne in Australia.

Since 2013, the state of Minnesota in the United States has also tapped on the sharing economy to boost its use of solar power. Since many residents do not have ideal rooftop spaces to install solar panels, the state passed a law to enable farmers to host “community solar gardens” on their land instead. Residents can subscribe to one of their nearby gardens to receive power from it via the local grid, and reap savings on their utility bills. The state now has about 160 community solar gardens that make up nearly 60 percent of its solar power capacity and have more than 10,000 residential subscribers.

“The sharing economy can boost the economy, improve the environment by making the most efficient use of resources, and nurture a sense of community by bringing people into contact with one another and facilitating neighbourliness. If managed well, it promises to have a transformative impact on cities.”

Sharing as a means of caring

Sharing economy initiatives can also help cities to become more inclusive by redistributing resources to those who need them. FoodCloud, a social enterprise based in Dublin, Ireland, has also had tremendous success in connecting businesses with large volumes of surplus food to charities that need it.

Its founders developed a simple app that businesses in Ireland and Britain can use to post details about their unwanted food. Each post triggers an automated text alert to participating charities in the vicinity, and the organisation has volunteers who facilitate pick-ups and drop-offs. So far, it has diverted about 45 million meals’ worth of food from landfills to the needy, saving the charities an estimated 61.5 million euros (US$69.9 million).

In Amsterdam, the focus has been on using sharing platforms to help low-income and elderly residents. Such residents get a free government card called a Stadspas, which entitles them to free or discounted access to cultural, sports and recreational facilities. The government has linked the pass to native sharing apps such as Thuisafgehaald, which lets neighbours share home-cooked food, so that the residents can get cut-rate or even free products and services.

The Seoul Metropolitan Government has also funded and publicised many sharing organisations in the city that assist disadvantaged residents. The non-profit group Open Closet, for instance, rents donated suits and ties to needy young people for their job interviews, and has counted more than 450,000 visitors. The government itself has launched a programme for students to rent rooms at below-market rates in the homes of elderly citizens who are living alone, with the goal of alleviating the latter’s loneliness.

It developed another initiative, called the Living Library, where residents over 65 years old are invited to give public talks about their experiences. Thousands of such talks have been held. “Their stories are part of our heritage, and these events not only help to keep the collective memory alive but support older people. The government is trying to get the greatest social impact from a collaborative economy,” said Ms Kwon Nan-shil of Creative Commons Korea, the company appointed by the government to manage its sharing city projects.

As the WEF said in its report: “The sharing economy can boost the economy, improve the environment by making the most efficient use of resources, and nurture a sense of community by bringing people into contact with one another and facilitating neighbourliness. If managed well, it promises to have a transformative impact on cities.” O