In a world inundated with more complex urban challenges, Toronto’s former Chief City Planner Jennifer Keesmaat is hopeful. She talks about redefining the use of streets and the way residents are engaged to create more inclusive cities1.

Cities mentioned in this article:
Toronto 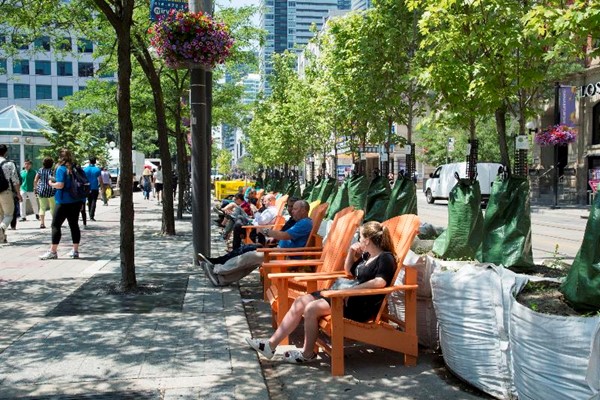 Optimism may seem easy in a city that is consistently voted one of the world’s most liveable, yet Toronto, Canada’s largest metropolis by population, faces problems common to many cities, such as homelessness and lack of affordable housing, economic and ethnic segregation, and general apathy, to name a few. Where Toronto falls short, urban renewal seeks to address the hard issues.

“Urban renewal, at its centre, must be about creating cities that are increasingly inclusive and open to cultural diversity, entrepreneurialism and mobility choices,” says Jennifer. “At the heart of that is access to safe and affordable housing.”

In this context, one of Toronto’s finest examples of urban renewal is the downtown St. Lawrence neighbourhood. Built in the 1970s on former industrial land, the city-funded housing project introduced a new built form typology – midrise – into the landscape of a city that was otherwise dominated by dual extremes of urban sprawl and point towers.

Anchoring the neighbourhood is a linear park that is constantly in use and surrounded by schools, community service facilities and housing built to accommodate residents across the economic spectrum. In the four decades since the neighbourhood’s establishment, data gathered on the residents of St. Lawrence indicate that the project has overwhelmingly succeeded in lifting its poorest residents out of poverty, what Jennifer believes is due in large part to the precinct’s balance of high-density and mixed-use environments.

“My work is about demonstrating that we can overcome constraints of the past. In this era of uncertainty around our climate, human migration, displacement, growing radicalisation and exclusion, building cities that are sustainable and for everyone is a fundamentally hopeful act.”

In terms of the mix of uses, Jennifer says it is critical to ensure that we are designing cities in such a way that activities undertaken often and repeatedly can be done within walking distance of home. “When we talk about getting the mix of uses right, it is about providing those amenities that are needed to support everyday life.”

A cautionary example she shares is the trend in North America to separate schools from community life, either due to education systems that send children to schools outside of their communities or because planners stopped designing neighbourhoods around them.

Redefining the use of streets 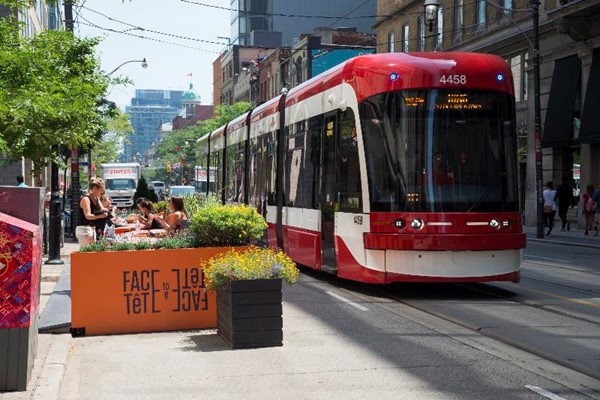 Principles of density and mixed use do not only apply to neighbourhoods but to streets as well. Jennifer describes ‘complete streets’ based on the idea that streets can be designed to accommodate multiple users such as people who walk, cycle, take transit or drive, as well as multiple uses like sidewalk cafés, benches, greenery and shade, lighting, utilities and stormwater management. Whereas previously, the old street design model asked “How can we move cars through as quickly as possible?” she suggests that the redesign process begin by asking, “Who do we want to use this street?” and “How can we ensure the safety of all users, especially the most vulnerable ones?”

“It is fundamentally a counter to the approach that was used in the past, and I would even argue it is the opposite, because in order to prioritise making all users safe, invariably, you are going to have to move cars more slowly,” she says.

Toronto faced the challenges of going car-lite in 2017 when it redesigned King Street, a major commercial thoroughfare in one of the city’s densest and most congested areas. The move limited vehicle access and prioritised public transit and pedestrians, resulting in faster streetcars or trams and more versatile use of curb and sidewalk space.

One of the biggest challenges was getting public opinion on board. “It is actually a philosophical issue that a community or a city has to go through whereby they start to rethink and reposition what streets are for,” says Jennifer. “In order to make a city that is designed for pedestrians, you do have to confront and wrestle to the ground the role of the car in the city.”

“I am engaged every day in collaborating with people who believe that we can, through the design of our cities, overcome some of the greatest challenges of our time.”

To garner public support for planning projects, the city has established a number of innovative strategies that go above and beyond traditional public meetings.

Planners in Public Spaces, or PIPS, is a programme that started in 2013 to send planners out to various areas within the city to engage people in these places who wouldn’t normally attend public meetings, which Jennifer says tend to be dominated by those who already feel empowered by the planning process. PIPS proved to be an enormously successful way to approach community consultation.

Another initiative is the Planning Review Panel (PRP), the first of its kind in the world. Launched in 2015, the PRP is a 32-member advisory panel made up of resident volunteers selected via a random civic lottery. Panel members represent the diverse demographics of city residents with regards to age, gender, race and homeowner status to ensure a variety of perspectives and input that are representative of the diverse interests that exist in the city. Over the span of two years, the panel met 16 times to learn about city planning issues and offer their viewpoints and produced reports on their recommendations.

Both PIPs and the PRP were initiated during Jennifer’s tenure as Chief City Planner, and it’s what she says excites and motivates her most about her work. “I am engaged every day in collaborating with people who believe that we can, through the design of our cities, overcome some of the greatest challenges of our time.” O 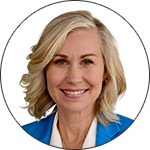