Smaller cities known as secondary cities are increasingly stepping into the limelight and partnering with one another and larger cities to boost their development, as nations seek to reduce the population pressure on their major cities and add new economic growth engines. 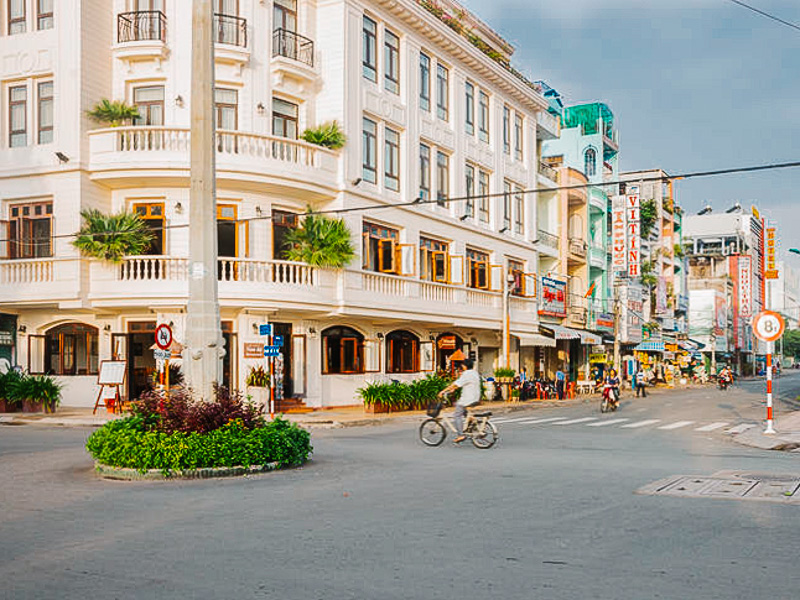 Major cities such as London, New York and Paris have dominated the cultural space and been the dream destinations of many migrants, but smaller secondary cities are increasingly taking their place in the sun. Such cities are typically defined as having 500,000 to three million residents, or less than half of the population of their nations’ largest cities, and they currently produce about 15 percent of the world’s gross domestic product and serve as conduits and hubs for global and national supply chains.

With many of the world’s capitals and large cities becoming increasingly overcrowded, more migrants are turning to secondary cities. In a January 2020 study by the Economist Intelligence Unit, the smaller cities made up almost all of the 10 fastest-growing cities worldwide based on population changes in the past five years. Five secondary cities in four countries, namely Malappuram and Kozhikode in India, Cần Thơ in Vietnam, Suqian in China and Abuja in Nigeria, topped the list.

More nations are also relying on their secondary cities to play a bigger role in the next stage of their economic growth. In 2019, Cambodia inked agreements with several international groups, including the Cities Development Initiative for Asia, to invest in four of its secondary cities to prepare them for climate change and strengthen their economies. Other countries have begun similar projects. Secondary cities themselves are taking steps to accelerate their development, by collaborating with their national governments to boost their population, partnering with one another to sharpen their competitive advantages, and building more and faster transport links so that people can live in them and commute to work in larger cities.

In many countries, immigrants and citizens alike gravitate to the largest cities, stressing their infrastructure while leaving smaller cities struggling to find workers for jobs. In Canada, the national government is aiming to reverse this trend by joining forces with secondary cities in four less-populated areas, namely the Atlantic provinces of Nova Scotia, New Brunswick, Labrador and Prince Edward Island, to encourage more people to move to these cities instead of the conventional choices of Toronto, Vancouver and Montreal.

In 2017, the government launched the Atlantic Immigration Pilot Programme (AIPP) to give skilled foreigners a path to permanent residency if they accept jobs offered by the secondary cities. “There are thousands of unfilled jobs. We need immigrants to come and help us build the economy that we want here,” said Mr Matt DeCourcey, who was a Member of Parliament for New Brunswick’s Fredericton district, which includes the city of Fredericton and other towns, until 2019. As of mid-2019, 2,535 people and their families have been approved for permanent residency in the provinces’ cities through the AIPP.

Over the years, the national government of South Korea has also worked with secondary cities that are close to the capital city Seoul to expand their housing capacity. This has had the intended effect of reducing the population pressure on the capital and increasing the smaller cities’ populations. In two waves of construction in the late 1980s and early 2000s, 15 new wards were added to the secondary cities, mostly in the Gyeonggi province. From 2009 to March 2019, the number of residents in the province grew by 15.8 percent to 13.11 million people, while the population in Seoul dipped by 4.4 percent to 9.77 million people.

To continue this decentralisation, the government has announced that five more wards, with 173,000 homes in total, will be added to the secondary cities of Namyangju, Hanam, Bucheon and Goyang in Gyeonngi, and the larger city of Incheon which is southwest of Seoul, by 2022.

Another redistributive effort is taking place in China, between capital Beijing, its neighbouring port city Tianjin, and secondary cities in the adjacent province of Hebei, such as Cangzhou and Zhangjiakou. Since 2015, the national government has designated Beijing, Tianjin and Hebei as a regional city cluster and started or supported projects to move colleges, hospitals, business headquarters and public institutions from Beijing to the other two areas. It said: “The key to solving Beijing’s metropolitan mire is to weaken its economic function. On the other hand, Hebei is relatively backward and needs help to shackle off poverty rapidly.”

Between 2014 and 2018, more than CNY $1.8 trillion (approximately USD $257.5 billion) of capital flowed from Beijing and Tianjin to Hebei. Beijing Hyundai, an automotive company based in Beijing, opened a plant in Cangzhou, generating over 6,000 jobs and attracting about 20 supporting companies to the city. “More of Beijing’s low-end industries are likely to be transferred to Hebei,” the government added.

“Secondary cities are the key to more inclusive growth, with opportunities distributed equitably across the whole of society, rather than concentrated in a few exclusive hubs.”

As major cities aim to rein in their growing populations and smaller cities around them try to increase theirs, investing in more and faster transport links between them could accomplish both of these goals. In 2019, the Australian national government created a National Faster Rail Agency and unveiled a 20-year ‘Faster Rail Plan’ to build high-speed connections between its states’ capitals and their secondary cities.

The government has committed AUD $2 billion (approximately USD $1.4 billion) to deliver faster rail service between Melbourne and Geelong that will cut the travel time from about one hour to half an hour. The project’s details are being finalised. It is also studying other connections, from Melbourne to Greater Shepparton, Sydney to Newcastle, and Brisbane to the Sunshine Coast, Moreton Bay and Toowoomba. Furthermore, it will set aside AUD $40 million (approximately USD $27.8 million) to investigate the economic viability of high-speed rail lines from those three state capitals to other cities and regions.

In Indonesia, a high-speed railway between capital Jakarta and the secondary city of Bandung is also expected to yield dividends for both areas when it is completed in 2022. By slashing the travel time between them from more than three hours by train to about 40 minutes, the 142-kilometre railway could spur people to live in Bandung and other cities along its route instead of Jakarta, boosting the smaller cities’ economies and limiting the population growth in the capital. To make the project more economical and expand its benefits, Indonesia’s President Joko Widodo has also approved plans to extend the railway to Surabaya, another secondary city. 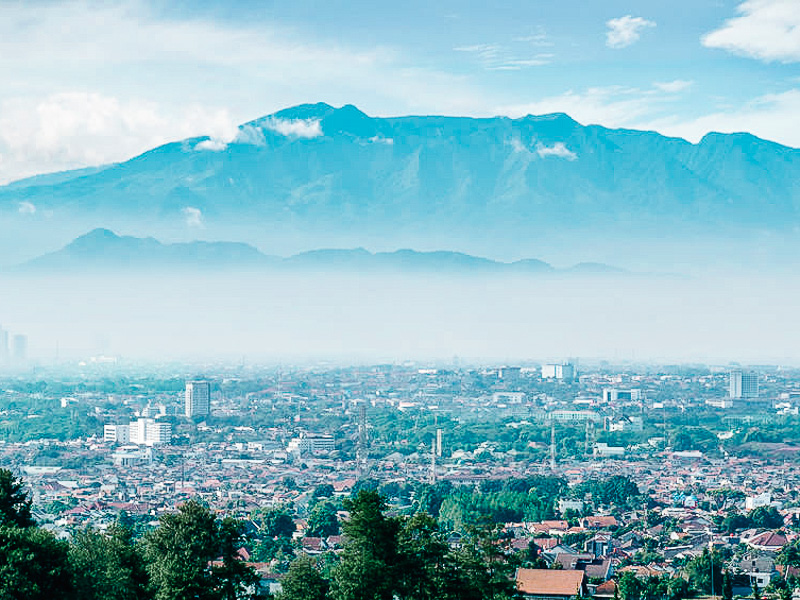 A highspeed railway from capital city Jakarta could help spur the development of smaller city of Bandung © ximagination/ 123rf.com

Secondary cities in other countries have benefited from partnerships with one another and larger cities. When the late Mr Eberhard van der Laan became Mayor of Amsterdam in the Netherlands in 2010, he announced that the capital would help the three cities in the country that had the fastest declines in population. These were, at the time, Heerlen, Sluis and Delfzijl.

Since then, Amsterdam has invited government officials from the three secondary cities to attend its training programmes and advised them on many topics, such as how to fight crime, build quay walls, increase civil participation in governance and apply for European Union funding. The capital has also conducted cultural exchanges with the cities to raise their profile, such as having the Royal Concertgebouw Orchestra based in Amsterdam perform in Delfzijl and the latter’s Eemsmond Big Band return the favour in Amsterdam. Today, Sluis and Delfzijl are no longer among the fastest shrinking cities, and Heerlen has reversed its depopulation.

The three cities subsequently co-created the Research Triangle Park which spans 7,000 acres (approximately 28 square kilometres) and is the largest research park in the country. It hosts over 300 firms, including start-ups and multinational corporations such as pharmaceutical giant GlaxoSmithKline and technology conglomerate Cisco Systems, as well as government agencies, research institutions, and non-profit organisations.

With more cities tapping smart technologies to better serve residents, 20 Nordic cities, spanning large and secondary ones such as Copenhagen and Vejle in Denmark, Helsinki and Oulu in Finland, and Oslo and Stavanger in Norway, have also formed the Nordic Smart City Network to share their best practices and lessons from their pilot programmes. Since Helsinki successfully tested a more efficient way of conducting trials called ‘agile piloting’, for instance, Stavanger has adopted it in its own trials, including in an ongoing one to develop more attractive meeting places in its Lervig Park and the surrounding district.

As urbanisation continues apace, such partnerships will be key to improving secondary cities. Secondary cities, for their part, will be crucial to building more equitable societies. In 2019, the World Economic Forum noted that secondary cities could mitigate the negative side effects of megacities. It said: “After all, they can provide basic goods and services like housing, healthcare and education too, and probably at a lower cost. They are the key to more inclusive growth, with opportunities distributed equitably across the whole of society, rather than concentrated in a few exclusive hubs.” O