A city can grow in wealth and population, but its unique heritage, both built and cultural, is what sets it apart from other urban centres and adds to its quality of life. While preserving heritage has become a vital consideration in urban planning, it also requires engaging local communities to keep them relevant for all. 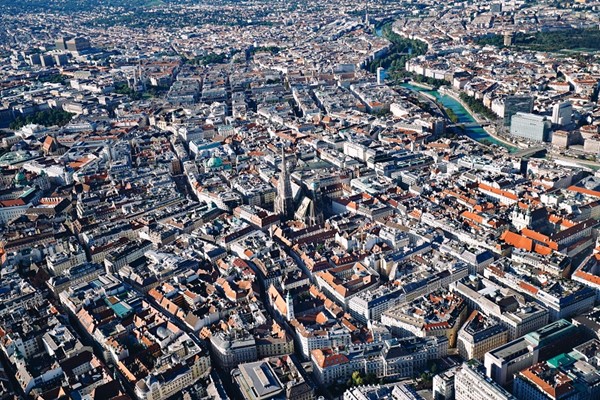 In July 2017, the United Nations Education, Scientific and Cultural Organisation (UNESCO) announced the inscription of 21 new sites on its World Heritage List. These new sites include ancient cities such as Ahmadabad, India’s first World Heritage city, and Yazd in Iran. Urban centres of more recent vintage were also recognised for their universal heritage value. Asmara, capital of Eritrea in east Africa, was inscribed as a well-preserved example of Modernist urban planning, while Kulangsu in Xiamen, China, was lauded as a site of cultural fusion between Chinese, Southeast Asian and European traditions in the early 20th century.

Such official efforts to be listed as World Heritage Sites, along with the support and celebrations that accompany successful applications, point to the growing role and recognition of cities as major centres of heritage and culture. From ancient capitals such as Ahmadabad and Vienna to younger cities such as George Town in Penang and Singapore, heritage preservation has gained ground as planners and public alike increasingly see the value of retaining historically significant buildings and neighbourhoods as well as keeping them relevant to current needs. Integrating heritage into the urban environment goes beyond the making of museums and monuments to the sensitive application of adaptive reuse in historic districts and organising events such as cultural festivals that promote a city’s heritage and bring together local communities and visitors.

“Heritage preservation has gained ground as planners and public alike increasingly see the value of retaining historically significant buildings and neighbourhoods as well as keeping them relevant to current needs.”

Looking to the past for a future

A UNESCO listing, though prized, is not essential for a city to bank on its past for its future vision and development. Bilbao, for one, has based its urban, social and economic renewal on three fundamental pillars: the arts, heritage and culture. The city has thus invested in the restoration of historical landmarks such as the Plaza Nueva town square, La Ribera produce market, Abando train station and Campos Elíseos theatre. Meanwhile, elements of its industrial past have been rehabilitated as contemporary venues: Alhóndiga Bilbao, a wine warehouse built in 1909, was transformed by French designer Philippe Starck into the Azkuna Zentroa cultural centre, while Palacio John, a Baroque-style former stock exchange headquarters, is now a municipal centre for civic events.

Bilbao has also placed itself on the world cultural map with museums such as the Guggenheim, which helms the formerly industrial waterfront of Abandoibarra. But Bilbao’s heritage is not restricted to museums and galleries; iconic works by renowned artists and sculptors such as Salvador Dali and Jorge Oteiza dot the cityscape, and its distinctive buildings and squares serve as venues or backdrops for festivals celebrating music, art, film, theatre, and dance.

Another city with a strong sense of its heritage is Suzhou. This Chinese city is seeking to remind the world that it is not just an economic powerhouse but also the “Venice of the East” with scenic canals, bridges and gardens that illustrate centuries of Chinese urban planning approaches. In modern times, the city’s old quarters have been preserved by planners who created new industrial and commercial zones outside the historic core to preserve the latter’s unique landscape.

Suzhou’s preservation efforts have included the physical restoration of temples and houses in the historic Pingjiang district as well as urban infrastructural works to de-silt canals and shift pipelines underground. Meanwhile, cultural preservation aspects include the retaining of original residents and the traditional arts of the old quarter. The city’s Classical Gardens, which became World Heritage Sites in 1997, are also protected under Suzhou’s city master plan, which also defines clear buffer zones around the historic sites to protect them from urbanisation. 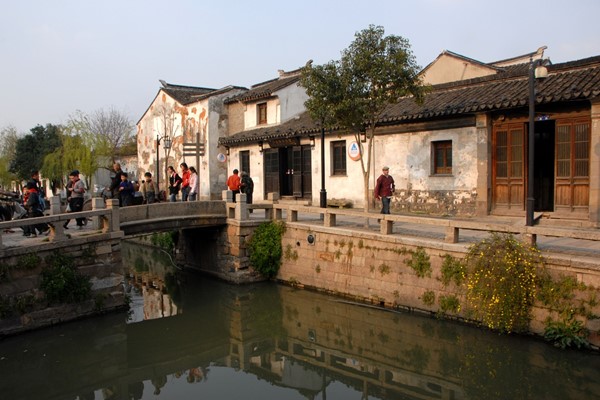 Heritage preservation, however, is not restricted to cities with centuries of history such as Suzhou and Vienna. Younger cities such as Singapore and Hong Kong have also begun to explore how the different layers of their indigenous and colonial pasts can be preserved and serve as urban spaces that help to bolster a sense of community and belonging.

Since the 1970s, Singapore has gazetted more than 72 buildings and sites as National Monuments. But heritage preservation in Singapore also encompasses entire neighbourhoods such as Telok Ayer (Chinatown), Kampong Glam and Little India, which have been conserved as historic districts of cultural significance to the island’s diverse migrant communities.

To make such heritage areas more accessible, parts of these neighbourhoods, such as Pagoda and Terengganu Streets in Chinatown, have been turned into car-free zones where people can walk, shop and dine on the street. Singapore’s Heritage Board also works with local communities and place-making groups to develop walking trails and festivals such as the Singapore HeritageFest that showcase the stories and pioneers of historic neighbourhoods and even the island’s post-independence housing estates.

Elsewhere in the region, urban festivals are helping to turn historic cities into cultural destinations. The annual George Town Festival in Penang, Malaysia, for instance, has drawn about 200,000 people a year since it began in 2010. Both local and international artists now take part in this festival, which uses the World Heritage Site’s historic shophouses and mansions as galleries and stages for exhibitions and performances. Meanwhile, Kuching in Sarawak, Malaysia, has made itself into a world music hub with the Rainforest World Music Festival, an annual event that began in 1998.

“Integrating heritage into the urban environment goes beyond the making of museums and monuments to the sensitive application of adaptive reuse in historic districts and organising events such as cultural festivals that promote a city’s heritage and bring together local communities and visitors.”

Urban renewal and the community

In Hong Kong, members of the public are partners in urban conservation with the Urban Renewal Authority (URA), which was established in 2001 to tackle the challenges of urban decay, preservation and revitalisation. The URA has been instrumental in the renewal of Hong Kong’s Central district, where 16 historical landmarks such as the Central Police Station, Murray Building and former French Mission Building are being restored for adaptive reuse. A centrepiece of this district is Central Market, a wholesale centre built in 1939 that is being repurposed in accordance with surveys in which most respondents wanted the development to retain its original Bauhaus façade and have more open spaces. Public forums also surfaced a demand for greater connectivity with surrounding roads.

Hong Kong’s URA has also integrated traditional spaces with urban renewal in the area around Peel and Graham Streets, which was the site of a century-old street market. As part of the area’s redevelopment into a mixed-use district, the URA offered interim locations for the market operators and created a new market block that provided modern amenities for stallholders whilst preserving the market’s vibrancy and character. Another traditional market space that the URA saved from the wreckers is a cluster of pre-war shophouses at Prince Edward Road West, which has been a flower market for decades. The shophouses were conserved and repurposed into studios and apartments, and the flower sellers on the ground level were allowed to stay and given discounted rents.

As shown in Hong Kong, the preservation of urban heritage is an effort that also involves finding spaces for long-time residents and businesses who contribute to the character of a space. In areas where traditional crafts may have died out, this may entail the adaptive reuse of buildings for modern tenants. For instance, some historic shophouses in Singapore’s Little India and Chinatown districts are leased to visual and performing arts groups whose activities create a buzz and bring people to the neighbourhood. In New York, the Meatpacking District was preserved thanks to new zoning laws and community forums that paved the way for new residences, schools and cultural institutions in this formerly industrial neighbourhood.

“Preserving historical buildings and neighbourhoods helps to maintain a city’s distinctive character and engender a sense of belonging.”

A role for heritage in cities

As cities mature and their residents become more aware of and attached to their history, heritage will become an increasingly crucial element in urban planning. Preserving historical buildings and neighbourhoods helps to maintain a city’s distinctive character and engender a sense of belonging. The social fabric is also strengthened when planners work with local communities to create new and relevant uses for old spaces such as industrial neighbourhoods.

The costs and benefits of heritage preservation remain hard to quantify, but there seems to be a broad and growing consensus that heritage and culture are vital ingredients for a successful city that delivers not just the bare necessities but a richer blend of places and stories that add depth and meaning to urban life. O