Going dark for a brighter future

Light pollution from excessive lighting has become so pervasive that it is disrupting the natural world, and may have long-term consequences for human well-being, including food security. To curb its impact and reap energy savings to limit climate change, more cities are acting against wasteful lighting. 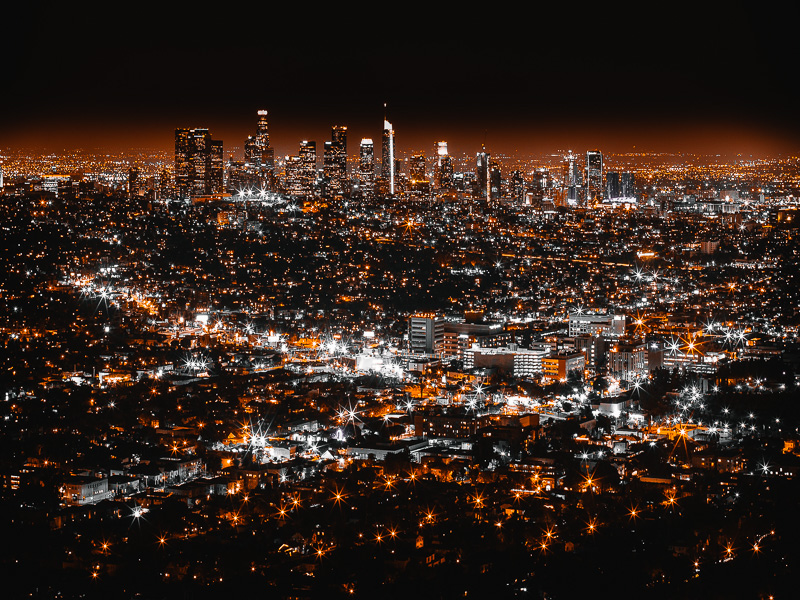 Are our cities getting too bright? © wirestock/ freepik.com

With their bright lights and affordable prices, LED lighting systems have been a boon for cities but a mixed blessing for the environment. They consume considerably less electricity than their predecessors, such as sodium vapour lights, enabling cities to slash their greenhouse gas emissions by making the switch to them. Their low cost, however, has led to their overuse in many cities. In the United States, the government has said that by 2027, widespread use of LEDs could save 348 terawatts, equivalent to the output of 44 large power plants. At the same time, the International Dark-Sky Association (IDA) estimates that at least 30 percent of the nation’s outdoor lighting is wasted, and responsible for 21 million tonnes of emissions yearly.

The lights’ proliferation has also resulted in significant light pollution, with repercussions for nature, wildlife and people. In November 2020, scientists said that artificial light’s impact on the natural world has grown to the point of systemic disruption, affecting the breeding cycles, hormone levels and activity patterns of a wide range of species. Recent studies have found that light from coastal cities is also illuminating ocean depths and damaging coral reefs, which are critical ecosystems for marine life. Furthermore, too much exposure to LEDs with cool white light at night can interfere with people’s body clock, causing poor sleep and disturbing other body processes that depend on the clock, such as digestion.

Right lights for the right times

One of the most straightforward changes that cities can make is to select LEDs that have a lower colour temperature of under 3,000 Kelvin for their outdoor lighting. Light pollution experts, including the IDA, recommend LEDs with colour temperatures of less than 3,000 Kelvin because they emit softer and warmer light that is more benign for the environment and people. Between 2017 and 2019, when Phoenix in the United States converted nearly 100,000 street lights to higher-performance LEDs to save USD $3.5 million in annual energy costs and reduce emissions by 18,000 tonnes per year, it chose 2,700 Kelvin lights and made that colour temperature the city’s standard for street lights.

Montreal in Canada, for its part, has used 3,000 Kelvin LEDs for its 132,000 street lights since 2017. Mr Denis Coderre, Montreal’s Mayor at the time, said that the city opted for the softer lights although they are more expensive than 4,000 Kelvin ones. He explained: “I don’t want to have more light at night than during the day. We want people to feel secure, but it’s an environmental issue too.”

Other cities have tapped LED lighting systems that can be centrally managed or have adaptive features, or both, to minimise unnecessary use. In Oslo, Norway, an intelligent lighting system dims street lights based on the time of day and the amount of natural light. City officials can also override the system and increase the amount of artificial lighting at specific areas, for instance to allow construction crews to work more effectively.

The city said that the smart LED system has cut its lighting energy use by 62 percent, two-thirds of which is due to the lights’ higher energy efficiency and the remainder because of their reduced use. It added that dimming the lights had no impact on the city’s safety and security. Mr Joakim Hjertum, a section head in the government’s street division, said: “Our research concluded that Oslo was using too much light, and we didn’t need that kind of light for the road to be safe.”

In Cambridge in the United States, on the other hand, the LED street lights are programmed to emit 50 percent of their light at dusk, brighten at night, and then dim again to 30 percent of their output later when most people are at home, to save energy. The city also surveyed residents to create neighbourhood-specific lighting strategies, with the dimming beginning at 8 pm for some areas and 10 pm for others, depending on the feedback. The differentiated timing applies to other parts of the city too, with street lights on main thoroughfares kept bright until midnight while decorative lights in park dim at 10 pm. By adopting this approach along with LED bulbs, the city slashed its lighting energy use by 80 percent. 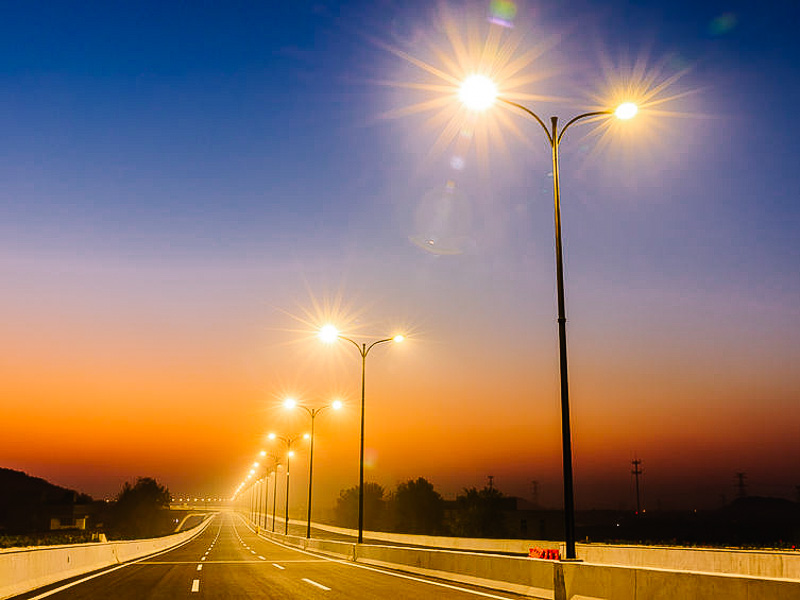 Cities could put more thoughts on selecting the optimal colour temperature and lighting levels for their streets © Zhao Jiankang/ 123rf.com

Switching off for sustainability

Some cities have gone even further. For years, Essex, Britain, has practiced part-night lighting, where over 70 percent of its 129,000 municipal street lights are switched off from 1 am to 5 am on Tuesdays to Sundays, and from midnight to 5 am on Mondays, to nearly halve its electricity use and cost, and decrease its emissions by 8,000 tonnes per year.

To balance the needs for safety and energy conservation, areas exempt from the arrangement include major traffic junctions, and places with high crime risks, large concentrations of people, such as transport interchanges, and many high-security premises, such as banks. The government also piloted the part-night lighting in two areas first to study its impact on crime and traffic accidents. It found that the number of offences in the two areas actually fell by 14 percent and 12.6 percent respectively during the time the street lights were switched off, although this could be due to the lack of street lights deterring people from going out at night. There was no increase in the number of road collisions.

In the past few years, countries including France, Germany, Australia, South Korea, Mexico, Malta and Croatia have also introduced, passed or strengthened legislation to target light pollution, particularly in cities.

In 2019, France enacted one of the most comprehensive laws to prevent, limit and reduce light pollution, with the goal of curtailing energy wastage and disturbance to people, fauna, flora and ecosystems. The law sets out technical requirements for the design and operation of all outdoor lighting, such as mandating shop window lights to be switched off between 1 am and 7 am. If the shops are open for part of those hours, the lights must be switched off within one hour after closing time, and switched on no earlier than one hour before opening time. Lights in car parks that serve commercial and office buildings must also be switched off within two hours after the end of the work day.

Germany, for its part, has taken aim at light pollution as part of a law passed in February 2021 to protect its insect population. “Insects play an important role in the ecosystem, but their numbers and diversity have severely declined in recent years,” the government said. Under the law, searchlights, which are often used by nightclubs and for events, cannot be deployed from dusk to dawn for most of the year. New street lights and other public lighting must also be installed in ways that minimise their impact on plants, insects and animals, for instance via the addition of shields that ensure that their light is directed only downwards onto the street or pavement.

“The case for controlling light pollution has scientific, educational, environmental, aesthetic and economic dimensions… The government should implement modest changes in the planning and regulatory system that could stem and indeed reverse current trends.”

A not so bright future

In December 2020, an all-party parliamentary group convened by the Parliament of the United Kingdom to fight light pollution published, after extensive consultations with over 170 scientists, lawyers, astronomers, engineers and other experts, a report with 10 policy recommendations. These include setting standards for lighting’s brightness and colour temperature, and appointing an inaugural ‘Minister for Dark Skies’ to oversee light pollution-related environmental regulations. The group noted that light pollution is not just disruptive to people, nature and wildlife in the moment, but could have long-term consequences too. For instance, research has connected it to declining pollinating insect species, suggesting that it could pose a serious threat to world food production in the coming decades.

Lord Martin Rees, the United Kingdom’s Astronomer Royal who co-chaired the group, said: “The case for controlling light pollution has scientific, educational, environmental, aesthetic and economic dimensions… The government should implement modest changes in the planning and regulatory system that could stem and indeed reverse current trends. Such measures would certainly earn the gratitude of the next generation, and would surely command broad support today.” O