Planting the seeds for inclusive parks

COVID-19 has exposed inequalities in cities’ provision of parks, even as green spaces become more important to provide cooling and other benefits in an era of climate change. To promote fairer access to parks, some cities have revamped park funding and introduced other innovations. 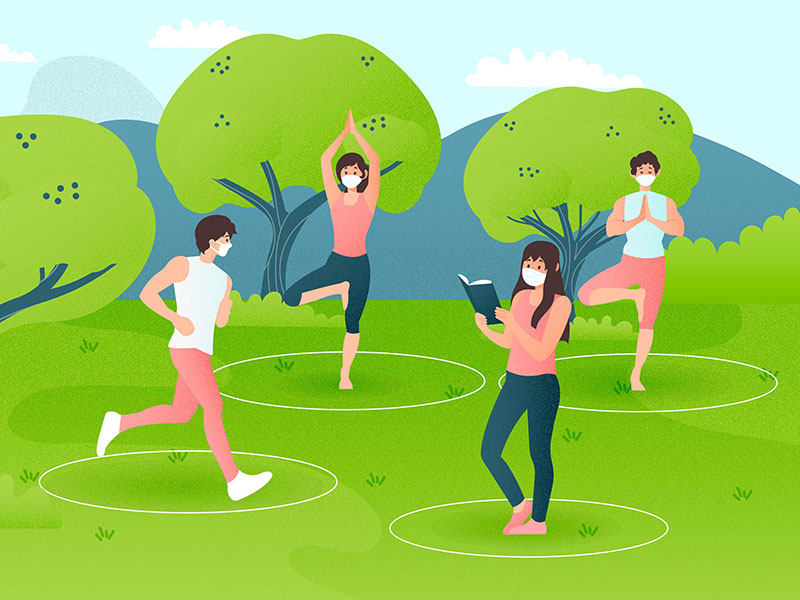 Inclusive parks and public spaces are some areas cities should look at for long-term COVID-19 recovery © Freepik/www.freepik.com

The COVID-19 pandemic has underscored the importance of public parks and open spaces for people’s mental and physical health, but also highlighted inequalities in their provision across cities. In an August 2020 study of 14,000 towns and cities in the United States, for example, researchers found that parks that serve mostly low-income households are, on average, four times smaller and four times more crowded than those in high-income neighbourhoods. An August 2020 survey of about 2,000 residents in Britain had similar findings: only 46 percent of respondents with an annual household income of under GBP 15,000 (approximately USD $20,000) lived within a five-minute walk of a green space, compared to 70 percent of those with an annual household income that exceeded GBP 70,000 (approximately USD $93,300).

As climate change leads to higher ambient temperatures in cities, public parks and other green spaces will be key to providing pockets of coolness to limit heat-related stress, injuries and deaths among residents. While research has shown that parks with high densities of trees are cooler than their built environs, scientists in Lisbon, Portugal, found in a study published in July 2020 that they also provide cooling of up to three degrees Celsius to their surrounding areas, to a distance of 60 metres from their perimeter. Green spaces can also retain stormwater and slow its flow into drainage systems, lowering flood risks. In Denmark, the city of Copenhagen is building a network of parks that will double as reservoirs during storms, and it has estimated that this will cost a third of the funds that would be needed for new levees and sewers to achieve the same level of flood risk reduction.

To ensure that these and other benefits accrue to all residents, some cities are taking steps to boost the equitable distribution of parks in them. Their efforts span three areas: creating more parks across the city, changing how park funds are allocated to promote equity, and preventing green gentrification.

By constructing many small parks in different areas instead of a few large centralised ones, cities can expand the parks’ cooling coverage, put more residents within walking distance of a park, and customise each park to the local neighbourhood’s needs. Paris in France had these objectives in mind when it started its ‘Project Oasis’ in 2018 to turn about 770 schoolyards across the city into parks by 2040. Since every Parisian lives within 250 metres of a public school, and the schoolyards have an average size of about 1,000 square metres, converting the schoolyards into green spaces will provide all residents with easy access to a cool refuge on hot days. The project has transformed 31 schoolyards so far, with the city working with the schools and residents to customise the green spaces’ designs, for instance by providing play structures or plots to grow vegetables.

Melbourne in Australia and Shanghai in China, on other hand, are changing underused roads, open spaces between buildings and other small plots of vacant land in their neighbourhoods into ‘pocket parks’ to achieve more equitable access to green spaces for residents. In May 2020, Melbourne outlined a AUD $154 million (approximately USD $113 million) ‘Suburban Parks Programme’ to build pocket parks in densely-populated suburbs that lack sufficient green spaces, including Collingwood, which has just three square metres of open green space for every square kilometre of land. The project will complete 25 pocket parks in the next few years. Shanghai, for its part, is on track to have 200 pocket parks city-wide by the end of 2020 to enable more residents to reach them quickly so that they can exercise and relax in them. 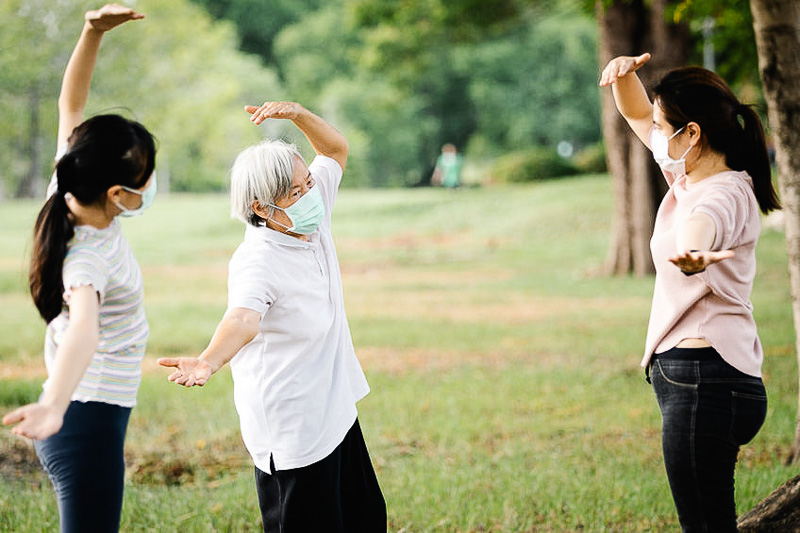 Cities could step up efforts to ensure equitable access to their parks © Satjawat Boontanataweepol/ 123rf.com

As cities expand their provision of green spaces, some are setting aside funds to address inequalities, or adding more nuanced criteria to how budgets are allocated to erect new parks and upgrade existing ones. When London, Britain, established its ‘Grow Back Greener Fund’ in August 2020 for the construction of green spaces in areas that lack them, the government noted that lower-income and ethnic minority residents, in particular, tend to have poorer access to parks, an inequality that was underlined during the capital’s first COVID-19-related lockdown. As such, the fund, which will disburse up to GBP 650,000 (approximately USD $866,600) in grants of GBP 5,000 to GBP 50,000 (approximately USD $6,660 to USD $66,600) each by the end of 2020, will prioritise proposals led by or intended to benefit lower-income and ethnic minority Londoners. Future rounds of funding will be determined at a later date.

Vancouver in Canada, meanwhile, has revamped the way it assigns funds for parks, to ensure more equal access to the green spaces. In addition to its goal of having all residents within a five-minute walk of a green space, it now prioritises the construction of new parks and the expansion of existing ones in areas with less than 0.55 hectare (approximately 5,500 square metres) of park space per 1,000 residents, with less than 10 percent of their land covered in trees and greenery, and with a high proportion of low-income residents who are registered with a city programme to receive subsidised access to park facilities such as fitness centres. The city said of the new criteria, introduced in 2019: “These will enable us to go beyond delivering high-quality park spaces to the most populated or vocal areas of the city, and prioritise the inclusion of residents who traditionally face the greatest barriers in accessing the health benefits provided by natural environments.”

Cities that are aiming to promote equity in park provision can also follow the example of Minneapolis in the United States. In 2016, the city unveiled a ‘20-Year Neighbourhood Park Plan’ with USD $11 million in funding annually to accelerate park expansion and rehabilitation projects in areas that need them the most. The city’s 160 neighbourhood parks are scored on seven criteria that focus on racial and economic equity, with funding going first to those in areas with high poverty and crime rates, for example, or have a greater proportion of young, low-income and ethnic minority residents. The city has finished eight park improvement projects since 2017 and will complete 10 more projects in 2020 and 2021.

When cities increase an area’s green amenities, they risk increasing local property values and pricing lower-income residents out of their homes and neighbourhoods. Landlords could raise rents due to higher demand from wealthier prospective tenants, or real-estate developers could build luxury apartment buildings, attracting higher-end shops to the neighbourhood that displace more affordable ones. Mindful of the potential for such green gentrification, several cities have developed strategies to avoid it.

When planning for the upcoming construction of the 11th Street Bridge Park, the city of Washington, D.C., in the United States worked with local residents and small businesses to create an Equitable Development Plan to make sure that the park will not lead to negative outcomes for them. This included partnering a local community development financial group to found the Douglass Community Land Trust in September 2019 to acquire properties and land for permanently affordable housing around the park. The trust has purchased the land beneath a 65-unit property for a start to ensure that the homes will be affordable for low-income households, with the majority reserved for those earning between 30 and 50 percent of the city’s median family income. The city has also pledged to train and employ low-income residents in the area for the park’s construction and maintenance.

Los Angeles in the United States has gone further. In 2019, it incorporated a Displacement Avoidance Strategy for part of its annual park funding. This includes favouring grant applicants that have anti-displacement and local employment strategies in park proposals, minimising advanced public disclosure of the use of the funds to buy land for parks to avoid speculative increases in the land’s price, and tracking and reducing park projects’ potential to cause displacement and gentrification. The city is also considering setting up an anti-displacement taskforce, comprised partly of experts in housing and parks from non-profit organisations, to evaluate park projects.

“Urban forests provide a variety of benefits to people, meaning their presence or absence can contribute to unequal outcomes in health and overall well-being,” the global World Resources Institute said in September 2020 in a call for cities to consider inequalities in their plans for green spaces as they recover from the COVID-19 pandemic. “Adopting a social equity lens can help cities to make green spaces an essential tool for tackling existing inequalities while building local resilience and well-being. In the long term, it will help local communities to be greener, healthier and more equitable.” O