Immigration and integration in global cities

Immigration is increasingly shaping the demographics and development of global cities. While immigrants bring opportunities in terms of cultural and economic capital, they also pose various challenges to cities. As such, integrating and engaging immigrant communities becomes key to build dynamic, vibrant, resilient global cities. 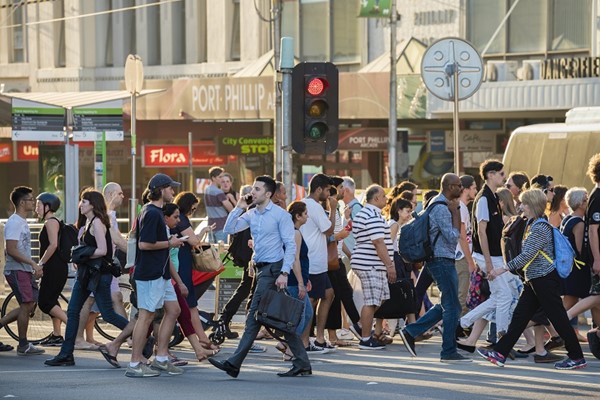 People at a crosswalk

In 2015, the number of international migrants in the world reached 244 million1. Compared to 2000, this marked a 41 percent increase. Cities, as providers of resources, services and opportunities, are natural destinations for immigrants. In the United States, 92 percent of immigrants live in urban area2. Global cities, as nexuses of international economic systems, are particularly attractive. In many of them, such as Sydney, London, Singapore and New York, immigrants represent more than one-third of the population3.

Immigration is an increasingly important urban trend, and poses opportunities and risks for cities. From economic to socio-cultural development, immigrants have been shown to be significant contributors in their host countries. The 2012 Global Entrepreneurship monitor reveals that entrepreneurial activity among immigrants was higher than among natives in most of the 69 countries surveyed. 44 percent of the newly registered businesses in Germany in 2015 were established by immigrants4. In the United States, immigrants are almost twice more likely to become entrepreneurs than native-born citizens5. With their different cultural backgrounds, immigrants bring new ideas and perspectives, enriching the diversity and vibrancy of their adopted cities.

At the same time, cities run the risk of escalating existing stresses and disruption if immigration is not managed effectively. Increased population density poses challenges to services and infrastructure if they are not scaled up. Cultural differences can potentially lead to social tensions and affect community cohesion. Without adequate planning and support, immigrants in turn may become vulnerable groups in areas such as healthcare and employment.

As centres of immigration, cities can play a powerful role in engendering integration and in doing so, enable new populations to create cities that are more resilient and dynamic.

“Immigration is an increasingly important urban trend, and poses opportunities and risks for cities. From economic to socio-cultural development, immigrants have been shown to be significant contributors in their host countries.”

With large-scale immigration, a common challenge faced by cities is social tensions arising from linguistic and cultural differences. To mitigate that, many cities have adopted cultural immersion programmes for immigrants as a first step to ensure social cohesion.

The city of Vienna, Austria, where half of the population come from an immigrant background6, focuses on integrating immigrants through German language classes. In 2004, to strengthen social cohesion, the city passed its first anti-discrimination law. In the case of Seoul, Republic of Korea, the government has taken a pre-emptive approach even though immigrants only constitute 2.65 percent of the population7. In 2009, it piloted a programme for foreign residents to learn the Korean language and understand Korean social and cultural norms.

For the city of Frankfurt, Germany, immigrant integration has been a priority since the 1980s, when large-scale immigration began shaping the city’s demographics. Today, the city’s population encompasses some 180 nationalities, and more than half of its denizens come with immigrant background8.

To the city’s policy makers, meaningful integration entails participation at all levels. One such example was Frankfurt’s approach to developing its integration blueprint in 2009. It launched a massive campaign to canvas its citizenry for ideas on integration, and saw some 47,000 people participating. Citizens were asked to define what being a Frankfurter meant, and to help determine important priorities in integrating communities.

The campaign resulted in Frankfurt’s remarkable diversity and integration portal, where visitors may learn about integration projects, events, and relevant organisations across the city, spanning areas from employment, education and healthcare to community living, culture and even religions and ideologies9. For example, Frankfurters can locate cultural institutions in the city, retrieve information about events such as the annual Newcomers Festival to welcome immigrants, and learn about social services such as intercultural elderly care and multilingual support for pension issues.

With the current high influx of refugees and migrants in Europe now, Frankfurt’s institutions, from government and non-profit to corporate and grassroots, have come together to develop mitigating measures. As an important economic centre, Frankfurt is home to a vibrant private sector, which has recognised the role it can play in building community cohesion. For instance, companies such as the Deutsche Bank have joined forces to engage their employees to serve as integration coaches for refugees.

For Frankfurt-based project ANKOMMER: Perspecktive Deutschland, supported by non-profit organisations, the strategy is to fund innovative start-ups that enable social and economic participation of refugees. One such project sees a start-up training and hiring refugees as seamstresses as a way to ease into life, culture and work in Germany. Multiple community organisations in Frankfurt, from non-profits to religious institutions, have also marshalled grassroots volunteers for various projects such as language instruction, collection of clothes and everyday items for refugees, and serving as interpreters and city guides.

“With large-scale immigration, a common challenge faced by cities is social tensions arising from linguistic and cultural differences. To mitigate that, many cities have adopted cultural immersion programmes for immigrants as a first step to ensure social cohesion.”

Even though cities are resource-rich, immigrants may face barriers in accessing what they have to offer, which in turn may affect the resilience of host cities. For instance, where immigrants face restrictions in employment, the host city’s unemployment rate likewise increases, with corresponding social consequences such as a rise in property-related crime.

In Rotterdam, the Netherlands, the Hague Process on Refugees and Migration, a non-profit organisation, has created a partnership between the city and the private sector. Labour and skills shortages in the market are addressed through immigrant communities. Programmes are also held to upskill immigrants to increase their employability. This contributes to the city’s economic and social resilience.

When it comes to public safety, integrating immigrant communities through community policing proves to be a sound strategy for the city of Los Angeles, where 37.8 percent of the denizens are foreign-born10. In the 1990s, the city was notorious for its crime rate, with an average of seven homicides a day. Public trust in the Los Angeles Police Department (LAPD) was at a historic low following the 1992 Rodney King riots.

Starting in the early 2000s, LAPD began prioritising community relations. “We are dealing with a lot of cultures, languages, and communities from all over the world,” explains Jorge R. Rodriguez, Commander, LAPD. “Not only do we educate ourselves on the different cultures, I also try to integrate within my force officers from different backgrounds. If we are approaching a Korean community, or Latino community, I will then bring along an officer from the respective culture. This way, we begin to build public trust.”

Building public trust also means investing in relationships with community leaders such as school principals, church leaders and civic activists. The efforts have been paying off. “For example, we are getting significant tip-offs from the communities now on activities such as human trafficking and narcotic deals. When there are signs of emerging social unrest or riots, we are able to work quickly with community leaders to instil calm and order,” says Rodriguez. “Community policing allows immigrant communities to come forward and be part of the solution.”

In 2016, surveys show that 73.4 percent of the city’s residents approve of the work LAPD, with high ratings from Hispanic and Asian communities. More than 70 percent of all communities across ethnicities feel that police are responsive to their needs11. While crime is still significant in the city, crime rates have also been steadily declining since the 1990s.

“Cities need to move away from reactive, short-term responses, and invest in long-term policies that recognise immigration as a permanent feature of urbanisation.”

Integration as the future for global cities

For the first time in human history, the majority of the world’s population reside in cities. The trend in urbanisation, coupled with immigration trends, points towards a near future where sizeable immigrant communities are hallmarks of global cities.

To effect integration, cities need to move away from reactive, short-term responses, and invest in long-term policies that recognise immigration as a permanent feature of urbanisation. As the cities of Frankfurt and Los Angeles illustrate, such an approach requires city authorities to partner stakeholders including non-profit organisations, government agencies and immigrant communities.

Meaningful integration will allow cities to tap on the economic and cultural capital of immigrant populations while addressing potential risks. At the same time, it is only through integration that communities with strong ties and shared norms are viable – which in turns lays the foundation of resilient cities. O