From refuse to resource — waste management in cities

Cities face new challenges and opportunities in waste management, as the world prepares for an era of climate change. The role and risks of landfills are being reassessed, as waste is increasingly looked upon as a resource and local communities emerge at the forefront of urban recycling movements. We look at some key trends. 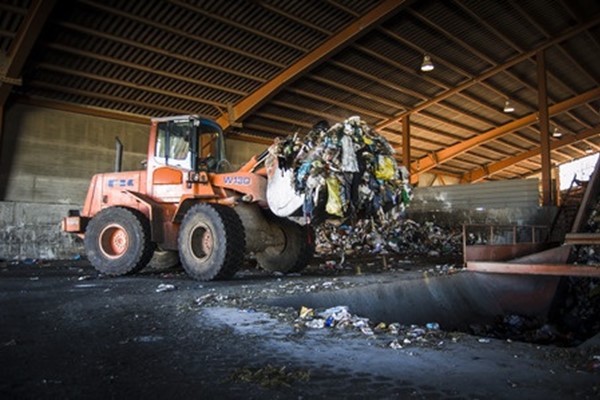 For most city dwellers, waste management ends at the rubbish bin. For cities, however, the question of what to do with burgeoning volumes of solid waste is one that spans the challenges of optimising land-use, protecting public health and maintaining a quality environment. Long ago, cities simply dumped their waste into wetlands or wastelands, a method that was unsustainable and ecologically damaging. Open landfills then emerged to serve municipalities, but soon came under immense pressure as they rapidly filled up and became the scourge of communities who had to put up with the stench of these facilities.

In more recent times, cities have sought to extend their landfills’ lifespan using treatment methods such as incineration and sorting of waste to recover renewable items like metals, glass and plastics. At the same time, they have invested in infrastructure for recycling as well as efforts to encourage citizens to reduce and recycle their waste. Waste is increasingly seen as a source of energy, via waste-to-energy plants, as well as a resource that has spawned new environmental sectors for the collection, sorting and processing of valuable raw materials.

Retired and even active landfills, too, have emerged as sites that, given suitable soil and groundwater protection, double as natural habitats and even weekend destinations for city dwellers. Jersey City in the USA has turned Lincoln Park, a former landfill, into a functional wetland just a few miles from Manhattan. Semakau Landfill serves as Singapore’s sole landfill but also preserves rich marine habitats that remind visitors of the value of a clean and green environment.

Are these steps enough? What megatrends are likely to have an impact on waste management for cities worldwide? And what about emerging megacities in developing regions, where expanding populations are making sustainable waste management a pressing and perennial challenge? As a new year begins, one recent event that will have lasting repercussions on the waste sector is the Paris climate conference that ended in December 2015. Mr Antonis Mavropoulos, CEO of D-Waste, a global waste management consultancy, believes that the summit’s deal, which commits nearly 200 nations to move away from fossil fuels towards clean energies, will ultimately be beneficial for the world’s poorest and most vulnerable megacities.

The climate deal, according to Mavropoulos, paves the way for a greater role for solid waste management in the global climate agenda, through carbon emission savings provided by sound waste management practices. At the same time, climate change will pose new risks to existing infrastructure. “I believe that adaptation of existing waste management and recycling systems should be among the top five priorities of vulnerable megacities,” stated Mavropoulos, who explained that waste management systems in many megacities lack the capability to withstand more frequent extreme weather phenomena.

Landfills have flooded or collapsed following abnormal rainfall, and freak storms have disrupted waste collection systems. Developed regions are not safe either; nearly a third of landfills in Austria, for instance, are in flood-prone areas and some have suffered from erosion and pollution from severe floods. In this light, Mavropoulos, who is also Chair of the Scientific and Technical Committee of the International Solid Waste Association (ISWA), called for a “scientific assessment of the vulnerabilities of the current waste management and recycling systems, especially in the emerging coastal megacities”.

Related to this is the concern that many municipal waste dumpsites, climate change notwithstanding, pose an acute environmental and health threat to local communities. Mavropoulos expressed his hope that city authorities worldwide work together to “prepare a roadmap for closing the 50 biggest dumpsites of the world, as an emblematic project that will highlight a global cooperation towards a wasteless future.” He also revealed that the ISWA is working towards this and hopes to present elements of such a roadmap by end 2016.

“I believe that adaptation of existing waste management and recycling systems should be among the top five priorities of vulnerable megacities.”

Cities are getting bigger, but innovative solutions are spring up within local communities, or as Mavropoulos put it, “at the backyards of informal recyclers and entrepreneurs.” In Lagos, Nigeria’s largest city, a local initiative called Wecyclers is working with the municipality to collect recyclable waste from households using low-cost vehicles called ‘wecycles’. Households are given redeemable points in exchange for their recyclables, which are sold to recycling firms.

Wecyclers, according to Mavropoulos, is just one of many outstanding waste management projects in Africa that “combine new, socially inclusive business models with technological advances or social innovation.” He added. “If we could identify these innovative approaches and unify them in a citywide network, in cooperation with the city authorities, and the formal waste management stakeholders, then we would be able to address the waste challenge in a much better way than we do now.”

Elsewhere, citywide partnerships have proven instrumental in driving waste reduction and recycling. In Yokohama, a Special Mention of the 2014 Lee Kuan Yew World City Prize, civic engagement that brought households, private companies and city authorities eye-to-eye were key to bring down waste by 43.2 percent between 2001 and 2010.

As revealed by Mr Kazumi Kobayashi, Director General of Yokohama’s Policy Bureau, during the 2014 World Cities Summit, this target was the result of a massive outreach exercise involving seminars for more than 10,000 residents and 3,900 awareness campaigns. The result? Citizens volunteered as ‘waste guardians’ to ensure that waste was properly sorted into as many as 15 categories, waste volume fell by one million tonnes within three years, and the city saved about seven billion yen. Asked about the greatest challenge of this citywide endeavour, Kobayashi’s response was: “Partnership – to share a common goal with the citizens and industry, and to continue to sharing the common goal.”

Yokohama’s strategy aligns with Mavropoulos’ observation that successful waste management systems do not emerge in a day but “are shaped through decades of constant, systematic and well-planned efforts” that are inclusive of the community as well as existing informal recyclers. “Like it or not, in many megacities, the only organised effort for recycling and material recovery is implemented by informal sector recyclers and cooperatives,” he noted. “Their efforts should be studied and analysed in detail, because this will provide the city authorities with a much more detailed and accurate picture of the challenges involved in waste management and recycling – much better than any master plan can provide.”

“If we could identify innovative approaches in waste management and unify them in a citywide network, in cooperation with the city authorities, and the formal waste management stakeholders, then we would be able to address the waste challenge in a much better way than we do now.”

Waste in a circular economy: from waste management to resource management

Mavropoulos also pointed out a growing movement of a ‘circular economy’ in which economic development and ecological systems enjoy a mutually supportive relationship. Waste management, in his view, is vital in a circular economy’s goal of zero waste, through the smart management of multiple waste streams from which material or energy can be recovered. This would entail the development of what he termed a “widespread Internet of Things that provides complete control and monitoring of products during their lifecycle.” The ISWA, on its part, has established a taskforce to study how the waste management industry could contribute to the circular economy, in effect moving from waste management to resource management of secondary raw materials, fuels and energies.

There is still far to go in the circular economy’s vision of resource substitution and renewal, but Mavropoulos is cautiously optimistic. “I would say that cities should understand that the circular economy concept obliges us to identify which are the loops that we can close locally, what types of materials can be circulated in our local economy, and what type of resources we need to maintain through circular approaches,” he said.

Speaking of an Internet of Things, Songdo in South Korea has been working towards this in its U-Eco City project, which features networked urban infrastructure, a smart-grid for waste management and recycling, and energy reduction. Domestic waste is collected via underground pipelines that use air pressure to send the waste from households to incinerators or recycling facilities. Said to require just seven employees for the entire city, this “Third Zone Automated Waste Collection” system reduces carbon emissions and lowers heating costs for residents as heat from waste incineration is used to heat up buildings.

In the near future, Mavropoulos is also closely watching the emergence of small, decentralised waste solutions such as anaerobic digestion units that can each serve 30-50 households, and even household drying units that can process 1-2 kg of organic fractions daily. “I believe we have arrived at the era of household waste management plans and that much more relevant technologies will soon become available,” he declared.

Ultimately, the future of waste management, in Mavropoulos’ opinion, will be “robotic, driverless and supported by artificial intelligence.” The current industrial revolution towards smart, interconnected cities will also deliver disproportionate benefits to developing cities, but this will also disrupt traditional industries, including not least, the recycling and waste management sectors. The future offers both hope and high stakes, and he concluded, “What is coming is a whole new redefinition of what is called waste and how it will be managed. And the ones that will not get it, sooner or later, will be wiped out from the third industrial revolution.” O