With climate change set to unleash more unnatural weather and natural disasters, cities are turning to artificial intelligence to better build their defences, alert residents earlier and power up their response and rescue operations. Smart software can help cities make the right choices in hard times. 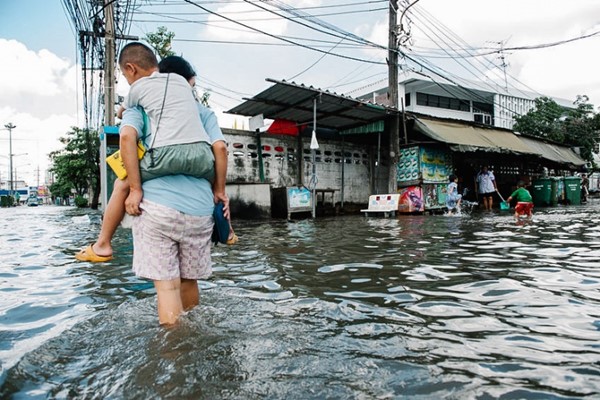 In April 2013, the city of Buenos Aires in Argentina was battered by heavy storms, putting many parts of it underwater and affecting about 350,000 of its residents. Part of the problem was an outdated, paper-based system of dispatching drainage maintenance crews that had failed to identify blockages in the city’s storm drains in time, resulting in the disastrous floods.

Since then, the government has installed sensors in more than 30,000 of the drains and used artificial intelligence (AI) to analyse the collected data about the drains’ level of water and speed of water flow, and to maintain a real-time map of potential blockages. Although the city has experienced more and heavier downpours since the 2013 floods, none of them have caused a fraction of the former devastation.

Cities like Buenos Aires are increasingly turning to such AI systems to combat the rise in extreme weather and natural disasters. In the past 20 years, such disasters have inflicted an economic toll of US$2.2 trillion, far more than the US$895 billion in the preceding 20 years, killed 1.3 million people, and displaced and injured another 4.4 billion people, according to the United Nations Office for Disaster Risk Reduction.

While cities have been investing in climate-resilient infrastructure and other measures for many years, increasingly sophisticated and powerful AI programmes can help them to refine their defences, look at different types of data simultaneously to improve disaster risk predictions and enable earlier warnings, and even increase the speed and efficiency of response and rescue operations. The following are some examples from around the world.

In Hong Kong, urbanisation has led to more citizens living closer to the city’s plentiful hills, which cover 60 percent of its territory. With heavier rainfall increasing the risk of landslides, the government plans to use AI to help its geologists monitor the hillslopes and identify those at a higher risk of collapse. After drones take aerial photographs of the city’s territory, the AI programme will screen the images to flag at-risk slopes and shortlist an even smaller pool that engineers and geologists need to pay closer attention to first.

In the city of Woodside in California in the United States, on the other hand, AI has been used for urban planning against a different type of natural disaster: earthquakes. The city has used a software that combines information about its buildings with other data such as soil properties to simulate how the structures will be affected when shaken by earthquakes. This has helped emergency planners to decide which buildings need to be retrofitted.

Flood prevention planning has also received a boost via AI in the city of Leeds in Britain. After torrential rains caused the water level in its River Aire to rise by an unprecedented 2.05m in December 2015, the ensuing floods damaged more than 100 bridges and 3,355 properties, including homes and businesses. Subsequently, the construction firm hired by the government to shore up the city’s flood defences contracted technology firm SenSat to develop a virtual replica of the river’s 12-km-long flood corridor, so that it could better design and test prospective flood prevention measures.

Drones were used to take photographs and measurements every 2.5cm along the corridor, collecting more than 600 million data points, which an AI programme used to create an incredibly detailed digital twin of the corridor and classify objects within it. “The city understood that its existing drawings and surveys were inadequate, but a ground-based survey would have been difficult as the combination of old riverfronts, dilapidated embankments and slippery moss slipways was dangerous to access or walk across. This would have increased the estimated time and cost of a full survey,” said SenSat chief executive officer James Dean.

Instead, SenSat surveyed and inspected the entire riverfront using drones in just two days, reducing the time that would have been needed via the traditional means by more than 95 percent. It then created the digital map using AI and delivered it shortly afterwards. 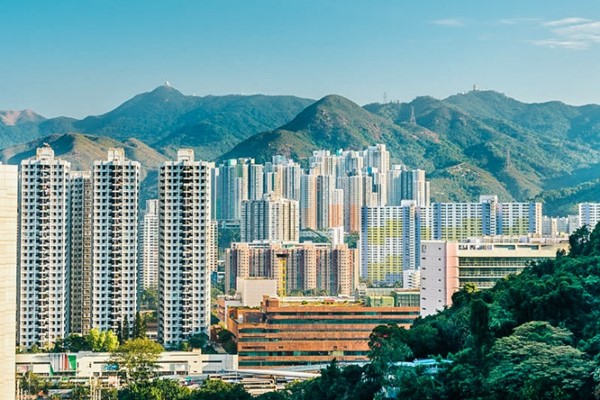 Beyond improving urban planning for natural disasters, AI can also be used to enhance natural disaster prediction systems, enabling authorities to alert residents earlier if they need to be evacuated. In India, where 20 percent of the world’s deaths from floods are estimated to occur, technology giant Google has partnered with the Indian Central Water Commission (CWC) on a project that aims to give citizens river flood warnings up to three days in advance.

The AI programme created by Google uses its maps and a variety of other information, from data about historical floods to river level readings to rain forecasts, to create river flood forecasting models that can better predict when and where a flood may occur, and its severity and extent. In a late 2018 test carried out in the city of Patna in Bihar, the country’s most flood-prone state, the programme, with input from the CWC, achieved 90 percent accuracy in its flood alerts.

Several cities and territories are also banking on AI to respond to natural disasters more quickly and efficiently. When parts of Ontario, Canada, suffered electrical outages in 2016 due to a major storm, its largest utility took six days to fully restore power to homes and businesses. After a similar incident in 2018, it took just four days. By using an outage prediction tool developed by technology conglomerate IBM, it had determined the areas that would be most affected by the storm, and redeployed its staff ahead of the storm’s arrival.

In Manizales, Colombia, a city that experienced six major earthquakes in the 20th century, the government has installed sensors that provide real-time, automated analysis of floods and earthquakes, as well as instituted an AI programme that evaluates the risk to each building in the city. “In the event of an earthquake, the potential damage to each building is calculated automatically, allowing authorities to begin deploying resources to the most affected areas in a matter of minutes,” said Mr Mario Salgado-Gálvez, a Colombian seismic risk specialist.

In the state of Colorado in the United States, firefighters are also looking to AI for their next generation of firefighting capabilities. Wildfires burn through the state every year, and 2018 was one of its worst years on record.

“We’re getting to the point where we as humans just cannot process the amount of information necessary to get us to the next stage of knowing what to do and how to address it.”

The Colorado Division of Fire Prevention and Control’s Centre of Excellence has introduced a new kit for its firefighters that allows them to access a common digital map that displays information such as the location of equipment dropped off by other teams. They can also get a bird’s eye view of the ground as seen by overhead drones. The centre also plans to test a system that will use past fire data and current weather data to forecast a fire’s path, so that they can focus on the ones that will cause the most harm.

In 2018, the most destructive wildfire season recorded in California’s history torched nearly 3,650 square kilometres of land, more than triple the state’s five-year average, and many parts of the state are caught in a vicious circle exacerbated by climate change: droughts turn vegetation into kindling, and rain, when it does fall, causes a frenzy of green growth that does not receive enough water, hence becoming even more tinder for fires.

In the wake of the devastating 2018 fires, the state’s utilities are hoping that a raft of measures, including burying more power lines underground and installing more fire-watching cameras, will limit future infernos. Some government officials, however, believe that the answer to the problem will have to come from artificial intelligence.

In March 2019, the California Public Utilities Commission organised its first wildfire technology summit. At the conference, Ms Elizaveta Malashenko, its deputy executive director, said of the state’s worsening wildfire problem: “We’re getting to the point where we as humans just cannot process the amount of information necessary to get us to the next stage of knowing what to do and how to address it.”

Mr Mike Wilson, a California fire division chief, said: “We’ll still depend on firefighters on the ground to put out fires. But when they’re out there, we need to give them the best tools possible to make the best decisions to keep them safe and allow them to do their jobs best.” O