The economic success of a city is not an assurance of its liveability. As crucial as competitiveness is, city authorities should consider social inclusivity as a criterion by which they stitch together a city’s urban fabric. To build a ‘just city’, the principles of equity, democracy and diversity must be considered during the planning and policymaking processes. 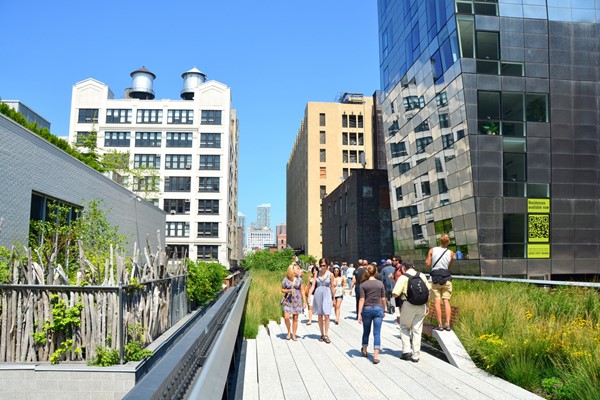 The notion that economic competitiveness should solely dictate the way a city is planned is an increasingly tenuous one. Commercial development and success, while certainly crucial, do not always benefit city residents, particularly the less wealthy. Similarly, rapid urbanisation and urban migration – especially in Asia – mean competitiveness is arguably not the only key to building a better and more liveable city.

This is the view of Professor Susan Fainstein, author of The Just City and Senior Research Fellow at the Harvard Graduate School of Design, who argues that city officials must consider social equality and diversity in addition to economic development. In doing this, cities will reap long-term benefits such as lower crime and greater social inclusion.

Fainstein is sceptical of city rankings published by various think tanks, believing they do not always present an accurate overview of cities. “Even if you rank number-one as the financial capital of the world, it does not mean that the people within that place, be it New York or London, necessarily benefit from being number-one,” she asserts.

Rather, the professor believes that looking at the people within the city and their quality of life is a better measure of a city’s success.

An equitable city is defined by Fainstein as one that is planned, executed and managed with all components of society in mind. New developments and policies should benefit the worse-off such that they become better off. The concept of equitable planning is driven by a need to better all sections of society to the benefit of all. “If you have more equity and more people better educated, then more people will have a chance at opportunity, and they are also likely to contribute to economic growth,” Fainstein says.

New York City’s The High Line illustrates Fainstein’s point on equitable planning. The project is a public park adapted from an obsolete railroad track, which would have been torn down were it not for the lobbying from grassroots organisations. The High Line became a city icon and a tourist destination, fuelling billions of dollars of investment into the area that was entirely funded by the private sector.

Laying the foundations of an equitable city requires civic authorities to adopt an inclusive mode of planning and policymaking. Indeed, Fainstein argues that any such planning must be done strictly in consultation with local communities and the population at large.

This is where New York City is widely regarded to have excelled in. Before any major land use decision is made, the city will consult the public, including community groups, community-based development organisations, local businesses and political organisations, to name a few. And, the views of each group are considered prior to any decision being made.

Using the axed proposed expressway along New York City’s Hudson River as an example, Fainstein recalls how the project was challenged by the general public on the basis that it would adversely affect the natural habitat of a certain species of fish that lives in the river. City planners eventually nixed the project.

This argument for incorporating inclusivity into urban planning and development has been growing. A 2009 report on South America published by the Urban Age programme at the London School of Economics and Political Science (LSE) argues that only through a rigorous participatory process can cities create a master plan that “express[es] all the forces that effectively build the city”. The report concludes that if the entire population – including the poor – understand, approve and then monitor the master plan, the city can henceforth better understand its territory and legitimise its spaces.

“Even if you rank number-one as the financial capital of the world, it doesn’t mean that the people within that place, be it New York or London, necessarily benefit from being number-one.”

A ‘just city’ must openly foster diversity, which Fainstein defines on ethnic, programmatic and typological terms. The professor cites Singapore’s Housing Development Board (HDB) as a good example of planning for diversity: not only does HDB integrate various ethnicities in each estate, it also ensures that the majority of Singaporeans are eligible to own public housing.

Studies have shown that heterogeneity can act as a bulwark against rampant crime rates. To gauge their correlation, an Urban Age report looked at the urban renewal of the Cidade Tiradentes district in São Paulo, Brazil. The district was transformed from one wracked by crime into a safer, more mixed neighbourhood through public planning and a series of urban interventions.

According to the Urban Age report, improved access to public transport for the residents of Cidade Tiradentes meant they could easily commute to other regions of the city. This ‘pattern of sociability and connection’ builds more secure conditions, and as a result, residents feel a lot safer, the report found. A separate study by LSE Cities on Sao Paolo also concluded that the Cidade Tiradentes bus terminal sparked numerous private investments in the area. Better transport links, commercial operations, such as chain stores and supermarkets, moved into the district. This had the dual effect of boosting Cidade Tiradentes economically and creating a sense of pride and achievement amongst the district’s residents.

Cultural diversity can also bolster the economy. According to a paper by the Spatial Economics Research Centre at the LSE, the cultural diversity of London has been shown to support innovative commercial activity and, subsequently, fortify the UK capital’s economic position. “In other words,” the study summed up, “London’s diversity is an economic asset, not just a social one.”

A just city will ultimately benefit all its residents and their quality of life. Whether by reducing crime, encouraging social cohesion or forging a closer rapport and sense of ownership between a city and its residents, the principles of social justice can harness real and tangible value for a city. To secure these gains, city authorities must balance economic needs and ambitions with the three tenets of equity, democracy and diversity. Succeed, and the entire city – its people, institutions and economies – is uplifted. O