From New York City to Toronto and Tokyo, more cities are recognising good urban design as key to promoting mental well-being and counteracting the stresses of urban life. A well-designed city not only fosters closer social bonds and creates a more resilient populace but also boosts creativity and productivity. We look at some best practices across the globe. 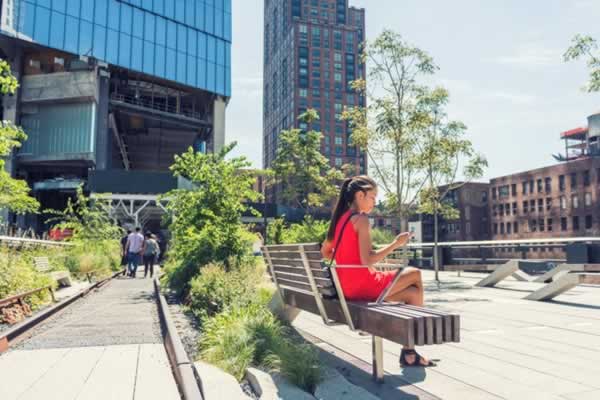 In 2016, when the government of New York City in the United States updated its guiding principles for urban design, it made supporting its residents’ mental well-being one of its top priorities. “With healthy living as a guiding principle, we are widening our lens and encouraging design teams to think about aspects in the built environment that can aid mental health,” the Department of Design and Construction said in its policy booklet.

From New York City to Toronto in Canada and Tokyo in Japan, more cities across the world are recognising that poor urban design can lead to more stress and anxiety for their residents, with [research showing] (https://www.scientificamerican.com/article/does-city-life-pose-a-risk-to-mental-health) that the frenetic and isolating nature of city life can lead to a higher risk of mental diseases such as depression.

A well-designed city, on the other hand, can foster closer social bonds among citizens, encourage creativity and productivity and lead to a more resilient populace. Dr Layla McCay, director of the United States-based Centre for Urban Design and Mental Health, wrote in a paper published in the Urban Design journal in 2017: “Part of achieving thriving, resilient and sustainable cities is ensuring that citizens can realise their potential, cope with the normal stresses of life, work productively and fruitfully and make a contribution to their community. As such, their mental health should be a priority for city-makers.”

In Singapore, the government is intensifying its efforts to incorporate more greenery and green spaces throughout the city-state. Studies have shown that contact with nature can make people calmer and happier, and improve their attention and memory. By 2030, nine in 10 homes in the country will be within 400 metres of a park, according to the government’s Sustainable Singapore Blueprint. Since 2016, the National Parks Board has also started building therapeutic gardens, with features such as wind chimes gardening plots and developed based on research in environmental psychology, in public parks to further boost visitors’ mental and emotional well-being.

Over the years, building requirements and incentives have been introduced to ensure that residents are surrounded by greenery. For example, developers who uproot greenery for construction must replace part or all of it within their sites, and those who install rooftop gardens, urban farms and landscaping can apply for gross floor area bonuses.

Other cities are pursuing similar policies and targets. The government of Vancouver in Canada has started implementing a ‘Healthy City Strategy’ that includes a goal to have all residents live within 400 metres of a park. It also wants at least 18 percent of the city’s land area to be covered by tree canopy.

In Tokyo, the government launched a Tokyo Greenship Action programme in 2003 to conserve green spaces in the metropolitan area by partnering local companies and non-profit organisations to preserve private green land. If the land owners are unable to do so, the government has a system to buy the most important nature areas. It has also mandated that large commercial developments must dedicate at least 20 percent of the site’s non-building area and at least 20 percent of the rooftop space to greenery, with the requirement rising to 35 percent for larger sites. “We also plant trees to nurture biodiversity and flowers to express the Japanese spirit of omotenashi, or hospitality, enriching people’s lives with the comfort that such green areas bring,” it said in its 2017 ‘Creating A Sustainable City’ policy booklet.

“With healthy living as a guiding principle, we are widening our lens and encouraging design teams to think about aspects in the built environment that can aid mental health.”

Cities that create opportunities for physical activity are also more likely to have happier citizens. In a 2014 report titled ‘Active City: Designing For Health’, the government of Toronto in Canada outlined its efforts to get citizens out of their homes and moving. “Physical activity improves both physical and mental wellbeing,” it said.

Free outdoor gyms, with equipment such as chest and leg presses and elliptical trainers, have been installed in parks to nudge residents to combine gym and walking routines. These also provide low-income households with access to gym equipment. Several areas in the city, including those around Union Station, its main railway station, and Ryerson University and the University of Toronto, have been converted into pedestrian-only or pedestrian-priority zones to encourage people to take public transport and walk.

In 2016, the government also passed a 10-year, C$153.5 million (US$123 million) plan to add 525 kilometres of cycling lanes in the city, including 100 kilometres along eight arterial roads, more than doubling the existing network. It has already started a bicycle sharing programme, built bicycle parking stations around transit hubs and equipped public buses with bicycle racks. “Such racks are not only beneficial to multi-modal commuters, but also play a role in extending the range of recreational cycling opportunities, especially in accessing large parks and rural areas on the periphery of the city,” the government said.

Other cities such as Sorocaba in São Paulo, Brazil, have seen great success in enhancing their citizens’ mental and physical health through urban transformations. Sorocaba’s Projeto Caminhada, which translates to Project Walk, involved establishing 23 new hiking trails and improving 21 municipal parks throughout the city. The government also worked with healthcare workers to raise awareness of the benefits of walking, and 27 of the 30 local healthcare facilities created walking groups for staff and patients. As part of another project, Pedal Sorocaba, more than 100 km of cycling paths were created and 150 bicycles were made available to the public for free at 19 docking stations.

The ties that bind 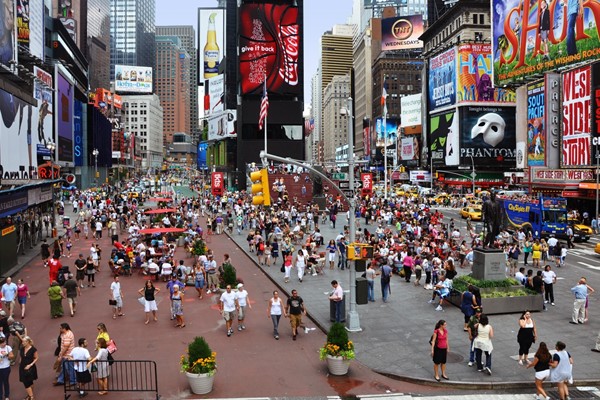 In 2010, the New York City government reconstructed Manhattan’s iconic Times Square, pedestrianising a large section of the area, widening the sidewalks and adding five plazas to coax more social interactions among residents and visitors. “Times Square encourages a multitude of activities, collective cultural experiences and social connections. Now, people can linger for coffee at moveable chairs and fixed benches, and move around more safely and comfortably,” it said in its latest booklet to outline guiding principles for urban design.

The government added in the booklet: “Public spaces should be designed to ease casual meetings as people move through their everyday routines and daily lives, as communities with naturally high levels of social interaction can grow to be stronger, healthier and more resilient.”

True to its word, the government has configured other public spaces in the city to nurture multigenerational and multicultural bonds. In parks, playgrounds and chess tables are located near one another to bring older and younger people into close proximity. Community facilities can be adapted for a range of recreational activities, including ping pong, yoga and basketball, and some of them also serve lunch to senior citizens on weekdays.

In Singapore, a groundbreaking community care centre, with an infant and childcare centre situated within a nursing home, was launched in 2017. The children and elderly take part in activities such as singing and arts and craft together, and the childcare teachers and nursing home staff collaborate to craft programmes that cater to both age groups. Dr Amy Khor, the country’s Senior Minister of State for Health, added at the centre’s official opening that the government will co-locate eldercare and childcare facilities in about 10 new housing developments across the island to create more tightly-knit communities.

She explained: “We hope to create more opportunities for seniors to gain from the infectious energy of the young, as well as for the young to better understand the seniors who share their community.” Sister Geraldine Tan, the nursing home’s executive director, added: “Such a model of care, which I call the Full Circle Model, is also where everyone can find a place to co-exist – the young, the old, the dying and the sick. We learn to embrace one another and live in harmony.”

“To realise the potential and value of urban design in promoting public mental health and well-being, opportunities must be appreciated and seized, not just by public health experts and urban designers, but also by policy-makers and planners.”

Dr McCay noted in her paper that a fourth component of a well-designed city is safety and security. “In a city, constant low-level threats can keep the body in an unnatural habitual state of preparation, which can affect mood and stress in the long term. These include risks posed by other people, risks from traffic and the risk of getting lost. Appropriate design of roads, good street lighting and distinct landmarks and way-finding cues can increase perceptions of safety in a neighbourhood,” she wrote.

She added that urban planners should ‘mind the GAPS’ – an acronym for Green places, Active spaces, Pro-social design and Safety-conscious urban planning – to build cities that promote mental wellbeing. She concluded: “People are at the very heart of cities. To realise the potential and value of urban design in promoting public mental health and well-being, opportunities must be appreciated and seized, not just by public health experts and urban designers, but also by policy-makers and planners.” O