Design for decline — how shrinking cities are saving themselves

In some countries, the woes of urbanisation go hand-in-hand with a less documented challenge: shrinking cities due to low fertility rates, sunset industries and resource depletion. To combat issues such as hollowed-out neighbourhoods and excessive infrastructure too expensive to maintain, cities are relocating residents, downsizing their environs, pivoting to sunrise industries, among other strategies. 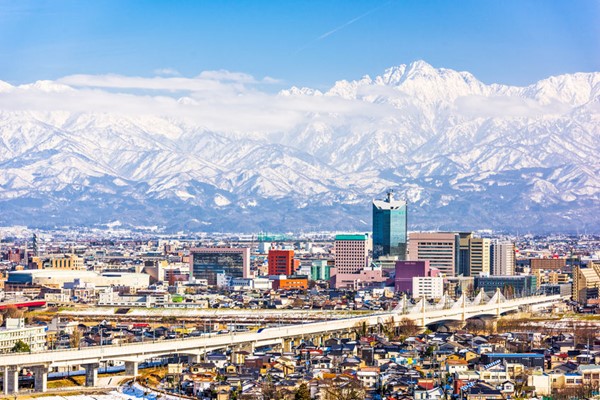 The city of Toyama in Japan © Sean Pavone/ 123rf.com

For decades, people have moved from their countries’ rural areas to cities, boosting the proportion of the world’s urban population from 30 percent in 1950 to 55 percent today. While this trend is set to continue, it masks a growing problem for many countries, including the United States, Japan, China and Germany: the depopulation of many of their cities due to falling fertility rates and migration caused by failing industries and natural resource depletion.

In Japan, nearly two-thirds of the country’s 1,727 municipalities suffered a net population loss of more than five percent between 2010 and 2015 due to low fertility rates. Even as a few urban areas, such as the Tokyo metropolitan region, are expected to maintain slight growth in their population due to internal and foreign migration, about half of the municipalities will become ghost towns by 2040 if the current demographic trends are not reversed.

On the other side of the globe, the collapse of traditional industries such as mining and steel manufacturing in the United States took its toll on many American cities. Between 1950 and 2010, cities such as St Louis, Cleveland and Pittsburgh lost more than half of their population after the decline of their industrial sectors, and many of them have not recovered. Today, nearly one in 10 cities in the United States is shrinking due to the loss of jobs and residents leaving in search of better prospects.

Even China, which has the world’s largest population, has not been spared. In March 2019, a research team from Tsinghua University that studied more than 3,300 of the country’s cities and towns found that nearly a third of them have dwindling populations. This translates to 938 shrinking cities, more than any other nation, and a key reason is the exhaustion of the natural resources that many of them were set up to extract, resulting in joblessness and migration.

As cities shrink, their governments have to maintain infrastructure built for a larger population with smaller tax revenues. Other problems may arise. For example, lower demand for water means that water may stay in distribution pipes for longer periods, increasing the risk of bacterial growth and contamination. In a 2018 commentary, three urban planning experts from the National University of Singapore wrote: “Societies have had centuries of experience on how to expand infrastructural requirements. What we are facing now is a different type of problem that’s becoming increasingly familiar in both developed and developing countries: how can shrinking cities downsize existing infrastructure and find a usable financial model for its operation and maintenance?”

“What we are facing now is a different type of problem that’s becoming increasingly familiar in both developed and developing countries: how can shrinking cities downsize existing infrastructure and find a usable financial model for its operation and maintenance?”

For the local governments of nearly 200 shrinking Japanese cities, the answer is a ‘compact city’ strategy that concentrates residents in a few neighbourhoods close to major public transport lines, freeing them to demolish the remaining estates and associated infrastructure. In Toyama, the government offers housing subsidies to those willing to move to the city centre, within 500 metres of the city’s railway and tram stops, or within 300 metres of its high-frequency bus services’ stops.

Since 2005, the proportion of residents living in the city’s centre has risen from 28 percent to 38 percent, and the goal is to increase this further to 42 percent by 2025. The strategy has also revitalised the city centre, attracted new businesses to it and slashed the number of vacant stores, helping to stabilise the city’s tax revenues despite its smaller population. Mayor Masashi Mori noted that while the city is unlikely to be able to stem its population decline, it can become a more efficient small city for its residents to live in comfortably.

Meanwhile, the city of Yubari, which has lost more than 90 percent of its population since the 1960s, has taken more drastic measures. Its government has merged schools, closed bus routes and forcibly relocated residents from the city’s outskirts to new low-rise housing blocks in the city centre. This has reduced its annual cost of maintaining public housing from 100 million yen (US$897,000) to less than 70 million yen, so that it can continue to provide municipal services despite its smaller tax base. The government is also wooing national and foreign investment in tourism and agriculture in a bid to reverse its fortunes.

From sunset to sunrise industries 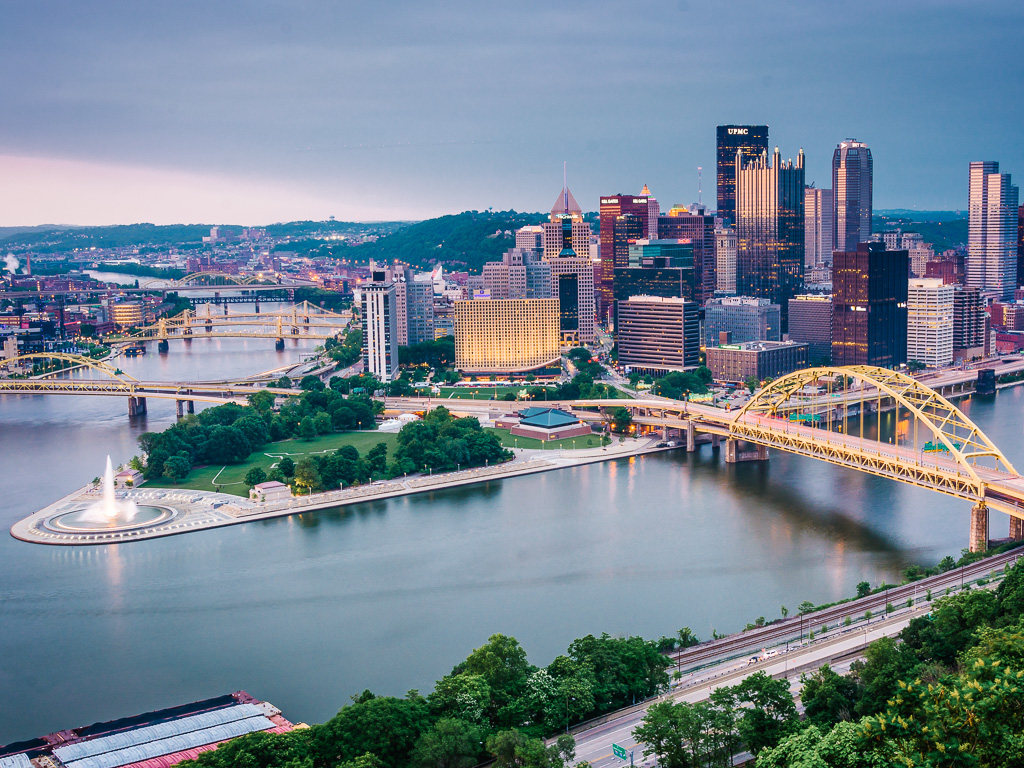 For cities hobbled by the shuttering of their sunset industries, on the other hand, pivoting to sunrise sectors that tap on their existing assets and expertise can be a successful strategy. Sheffield City in Britain was once a global powerhouse in coal mining and steel manufacturing, but a deep recession in the 1970s, the country’s privatisation of those industries in the 1980s and globalisation led to factory closures and firms deserting the city. Between 1971 and 2001, the city’s population fell by one-sixth, or nearly 100,000 people.

In the 2000s, the city seized on the growing interest in renewable energy to reinvent itself. Its historic production of lightweight and superior-strength steel made it an ideal base for the manufacturing of wind and tidal turbine blades. With air travel on the rise, the city’s government and universities also persuaded companies like Boeing and Rolls-Royce to make use of the local expertise in precision engineering and invest in an Advanced Manufacturing Park (AMP), to produce higher-value products. The AMP has since branched out into the automotive, medical devices, defence and other industries, hastening the city’s recovery.

The city of Pittsburgh in the United States devised a similar revival. As overseas competition and automation decimated its dominant steel manufacturing sector in the 1970s and 1980s, causing it to lose about 100,000 jobs and nearly a third of its population, the city turned to its next greatest assets – its well-reputed Carnegie Mellon University and University of Pittsburgh – to transform its economy. Mr Richard Caliguiri, the city’s mayor at the time, worked with the universities’ presidents to build the city’s capabilities in emerging sectors such as robotics, computer software and biomedical engineering.

In the 1980s and 1990s, the government and universities partnered with firms to open the Pittsburgh Supercomputing Centre, Software Engineering Institute, National Robotics Engineering Centre and Centre for Biotechnology and Bioengineering. These institutions’ research and other job opportunities, along with tech incubators sponsored by the universities, helped the city to retain its graduates, and their output drew the attention of large technology companies who set up their own technical and research offices in the city.

Pittsburgh now hosts industry giants such as Google, Apple, Facebook, Bosch and GE, as well as an array of start-ups, many of which were spun off from the universities’ and institutions’ research. A single five-kilometre stretch in the city, nicknamed ‘Robotics Row’, alone houses more than 20 companies and organisations working on robotics and autonomous technologies.

“The refugee population has helped the city’s economy tremendously, and added not only to the quality of life but also to the diversity of our neighbourhoods, schools and retail business offerings.”

Other shrinking cities in the United States and other countries have found that they can help themselves by opening their doors to refugees. A recent study by New American Economy, an immigration reform advocacy group in the United States, noted that refugee resettlements had either stopped or reversed population loss in 11 cities in the country that welcomed many refugees between 2005 and 2017.

The population in Utica, New York, would have dropped by six percent in that period without its new Bosnian community. Instead, it rose by three percent. “The refugee population has helped the city’s economy tremendously, and added not only to the quality of life but also to the diversity of our neighbourhoods, schools and retail business offerings,” said Mr Brian Thomas, commissioner of Utica’s Department of Urban and Economic Development. In a 2017 report, the United States government also said that refugees generate far more income for their local governments through taxes, business permits and other fees than they cost in public benefits.

Many shrinking towns and cities in Germany have also benefited from the country’s liberal acceptance of refugees between 2015 and 2018, even if the open-arms policy was controversial on the national stage. The town of Manheim was slated for demolition, and its diminishing population for relocation, after its coal mine closed, but the influx of refugee families stayed the wrecking ball. Leipzig, whose population had shrunk continuously for decades, also embraced refugees as a way to repopulate the city, fill labour shortages and ensure its survival.

The Leipzig government noted that cities must have measures in place to help refugees integrate into society, including decentralised accommodation, social assistance and language classes. Still, if managed well, shrinking cities can be a lifeline for refugees, and vice versa, said Leipzig Mayor Burkhard Jung. He added: “It is both a responsibility and an opportunity for us.” O