Elevated parks have become a worldwide trend since the launch of Paris’ Promenade Plantée in 1993, bringing with them economic and social benefits. In this article, we look at the advantages of tapping on elevated spaces in cities, from increased liveability to enrichment of pedestrian networks and a city’s connectivity. 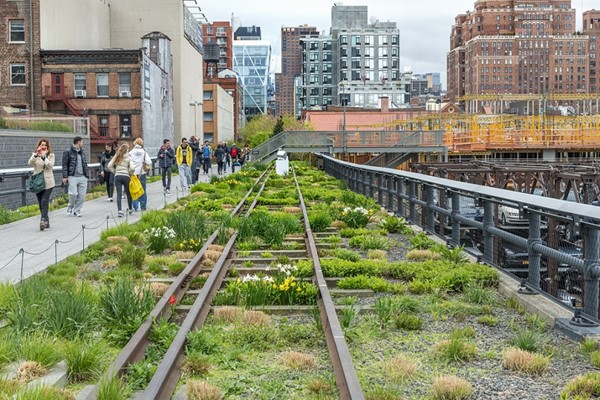 When the much-anticipated High Line opened in New York City in 2009, its success story sparked intense interest across cities worldwide, spawning a number of similar projects. With over five million visitors a year, the High Line has revitalised a largely ignored neighbourhood in Manhattan, created economic benefits in terms of tax revenue, increased property value and some 12,000 jobs, and demonstrated the impact of good urban design and strong private-public partnerships1. Gains aside, one of the most distinguishing features of the High Line lies in the fact that it is an elevated park coursing through the city, challenging the traditional notion of landed public parks.

This idea, however, of utilising space above existing urban infrastructure for parks is not new. As early as 1950, New York had built the iconic Brooklyn Heights Promenade, a tree-lined pedestrian walkway over an expressway. Freeway caps serving as parks have also been built over the past decades in a number of American cities. But it is only in the 1990s that the current trend of elevated parks began when Paris inaugurated the Promenade Plantée in 1993.

Stretching 4.7 kilometres over disused 19th century railway infrastructure, Promenade Plantée was the inspiration behind New York’s adaptive re-use of the High Line2, with key proponents for the High Line visiting Paris on study trips to understand how they could improve on the design. An elevated linear park, the project also integrates specialised commercial establishments and cycling pathways. In a way, Promenade Plantée is a product of urban design concerns and challenges of its time – the rising push for pedestrian-friendly cities and human-scaled design, competition for urban space among different stakeholders in cities, and the tensions between preserving older disused infrastructure versus redevelopment. 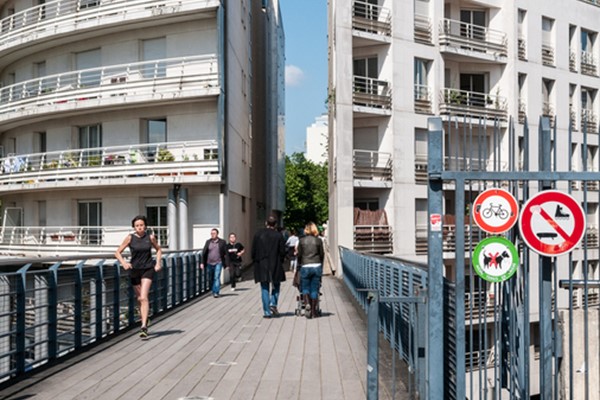 In densely populated cities, space is a prized commodity. Even as the benefits of urban parks, such as increased liveability and community-strengthening, are well-established, space for parks often remains in tight competition with other perennial urban needs such as housing and commercial development.

Utilising elevated spaces offers an alternative to competing for landed real estate, whether through rooftops, new structures, or as with Promenade Plantée, repurposed historic structures. Rather than displacing existing urban build-up, tapping on elevated spaces allows for intensive land use over the same area. Margaret T. Hance Park in Phoenix, Arizona, illustrates such advantages. The 32-acre park, which also hosts several cultural and arts institutions, is built over a ten-lane freeway tunnel near downtown Phoenix.

Another major advantage of harnessing elevated spaces is the enrichment of a city’s pedestrian networks, as it allows connections to bypass existing roads. For the High Line, numerous points of access were created on the street level. New connections were also established via the linear park to adjacent buildings.

One example is Singapore’s use of elevated parkways, including canopy walks and bridges, to link several parks separated by busy motorways. The result is a series of connected park spaces called the Southern Ridges. In 2014, Tehran unveiled the award-winning Tabiat Bridge which spanned across a highway to connect two public parks in the city. Featuring three storeys of broad pedestrian paths, benches, cafes and landscaping, the bridge allows pedestrians to enjoy the two parks seamlessly while providing an attractive transit. 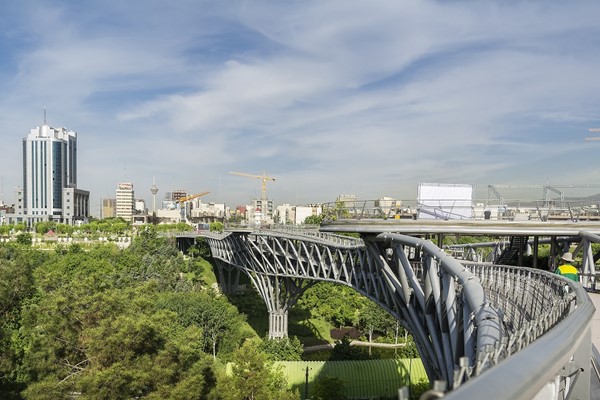 The Tabiat Bridge in Tehran

By introducing parks and linkages in elevated spaces, cities also increase the liveability of those areas considerably. Freeway cap parks not only provide aesthetic covers over giant, utilitarian highways and traffic, they are also effective in reducing noise pollution and raising air quality. Seattle’s Freeway Park, for instance, features a waterfall which drowns out traffic noise from the expressway under it.

From a design perspective, these parks and green connections provide opportunities for denizens to interact with their cities in new, refreshing ways. Linear elevated parks such as the High Line and Promenade Plantée allow pedestrians to experience their cities via a different route from the street level, with new vantage points over neighbourhoods. As elevated structures, such parks also create visual relief and landmarks in dense urban environments, as with Tabiat Bridge and the bridges of Singapore’s Southern Ridges.

Despite clear economic benefits of urban parks, such as increased residential and commercial property values, when it comes to establishing new parks, winning over sceptics is still critical, even for elevated parks. New York City’s experience is instructive. Alexandros Washburn, former Chief Urban Designer for New York City, recalls, “It was impossible to save the High Line itself; it had to be done in context. To save it, we had to make the larger area affected by the High Line capture the value needed. The first step was zoning change, by adding residential use around the edges of the land, as the city had a huge housing deficit.”

Through innovative design and zoning practice, the team behind the High Line ensured that the project would not just be valuable in itself, but also to the neighbourhoods around it, in terms of better connectivity, liveability and economic benefits.

Washburn continues, “So there’s this provision in New York that allows you to take a historic structure, treat it as a granting site, and in exchange for not tearing it down, you are allowed to sell your development rights elsewhere. By creating a special district for this, we allowed the rights to be located far from the High Line through zoning practice, we allowed the rights to be sold for a different use, and also to different heights of buildings. So these developers who wanted to tear down the High Line so that they could build five storeys of manufacturing at USD $200 a foot, suddenly, there’s something that says they can build five storeys but it would be housing at USD $1,000 a foot, or housing at the top of new skyscrapers at USD $2,000 a foot. So ten times the value is created for them.”

The future of elevated parks 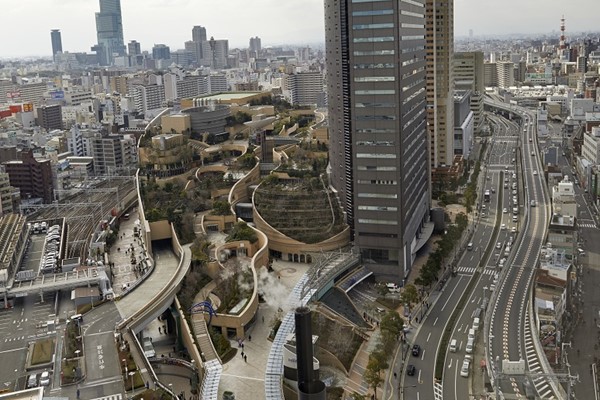 With more cities announcing their own version of the High Line and Promenade Plantée, elevated parks are here to stay. A longstanding challenge faced by cities, however, are development funds and long-term maintenance costs. For example, the High Line’s annual maintenance costs alone exceed USD $5 million.

Careful planning could help defray some of the costs. When Chicago began working on its Bloomingdale Trail, which also repurposed disused railways, the city took care to ensure that long-term maintenance would be less demanding.

In this respect, Osaka’s Namba Parks, opened in 2005, sheds light on the challenge. Wholly funded by private developers, the mixed-use project comprises a shopping mall and 30 storey office tower, and eight levels of urban public park space mimicking a canyon, complete with groves of trees, landscaping, streams and even farming space.

While Namba Parks did not set out to transform historic structures into parks, it nonetheless demonstrates the growing buy-in of biophilic design by private developers. Turning elevated spaces into public parks allows developers to boost returns from intensive commercial development while creating an urban landmark which provides a different experience for visitors.

The trend of elevated parks is still in its early stages. In Seoul, the city’s newest landmark – the Seoullo 7017 project was just recently completed and opened to its citizens in May 2017. The project converted a former elevated vehicular road originally built in 1970 into a linear stretch of 17 elevated tree-lined pedestrian walkways, linking several major nodes around the Seoul Station.

As more cities experiment with such projects, combined with factors like increasing competition for land, the rise of biophilic design and quality-of-life as investment strategies for cities, elevated parks are set to be part of cityscapes in time to come. O