Closing the loop on circular cities

In 2019, Denmark will complete its first residential area built out of recycled materials. With urbanisation increasingly putting a strain on cities’ resources, more of them are not only using their trash to build homes, offices, roads and other infrastructure, but ensuring that these are easily recyclable too, creating circular systems where materials can be reused endlessly. 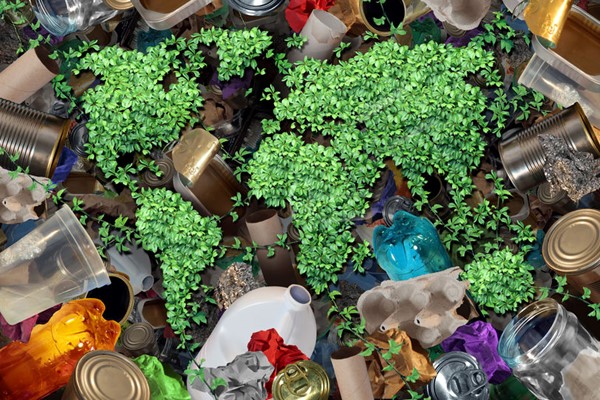 One man’s trash is another man’s treasure, as the saying goes, and cities worldwide are taking those words to heart. In recent years, cities in countries from India to Denmark to the United Arab Emirates have introduced measures to turn their rubbish into recyclable building blocks for homes, offices, roads and other infrastructure, and into resources for utilities.

‘Circular’ measures to ensure that resources are used, recovered and used again indefinitely are cities’ best to averting both of these outcomes. The Netherlands Organisation for Applied Science Research, for example, has estimated that the country could cut its use of raw materials by 100,000 kilotonnes annually, equivalent to one-quarter of its current imports, and add $7.3 billion euros (US$8.3 billion) to its gross domestic product by transitioning to a circular economy. Eight cities, including Amsterdam and Rotterdam, its two largest ones, have inked an agreement to help one another become more circular.

In Britain, the city of London has set out a Circular Economy Route Map that includes goals and measures for the built environment, food, textiles, electrical and plastics sectors. The London Waste and Recycling Board, a government agency, has calculated that the city could boost its economy by at least 7 billion pounds (US$8.9 billion), and generate 12,000 jobs in the areas of re-use, remanufacturing and materials innovation, by achieving circularity.

Other cities, countries and regions have published their own circular economy plans and legislation, including the European Union’s Circular Economy Package and China’s Circular Economy Promotion Law. Still, achieving circularity is far from a straightforward affair. Here is a look at how several cities have reinvented their urban planning processes to do so.

From rubbish to resource

By tapping recycled materials for construction, cities can reduce their waste and build much-needed infrastructure without straining existing virgin resources. In India, the government has exemplified this strategy by using the nation’s plastic waste to build and repair roads.

Constructing one kilometre of road in India typically requires 10 tonnes of bitumen. Since the mid-2000s, however, 11 states have built more than 100,000 km of partially-plastic roads that use one tonne of plastic waste and nine tonnes of bitumen for every kilometre, helping them to recycle more of the former and use less of the latter. In 2015, the national government further cemented this practice by making it mandatory to use plastic waste in the construction of the country’s highways.

Other nations such as Australia have also begun trialling roads and paths partly made up of recycled waste. In 2018, the city of Melbourne in Australia started two pilot programmes to test the use of different types of waste. A road in the Richmond suburb was repaved with a new asphalt product containing used plastic bottles and glass bottles, while a new road in the Craigieburn suburb was built with recycled asphalt, plastic bags and packaging, glass bottles and toner from printer cartridges.

Cities have also embraced the philosophy that waste is wealth in other ways. In 2019, the city of Copenhagen will complete Denmark’s first residential area built out of recycled materials. The development, called Resource Rows, uses walls from abandoned rural homes, bricks from disused schools and industrial buildings, including Copenhagen’s historic Carlsberg brewery, and concrete and wood waste from the expansion of Copenhagen’s mass rapid transit system.

Recycling parts of older buildings into new ones can generate cost savings, cut the latter’s carbon dioxide footprint by up to 70 percent, give them character and help the country to retain part of its history. “It makes perfect sense environmentally, economically and for the people who live there,” said Ms Ida Auken, a Danish Member of Parliament.

She continued: “Copenhagen is moving to the next level of green transition by asking: what if you could recycle whole buildings? As people leave their country houses for lives in the city, the difficulty of reselling (the homes) means that many are left abandoned, creating a blight of abandoned buildings. While these buildings are nothing but waste in one location, impossible to maintain and too costly to haul down, they contain materials of proven quality that are ready, certified and non-toxic.”

The Netherlands and Britain are two other countries that are looking ahead to ensure that their homes, offices and other buildings are reusable. The government of Amsterdam has started prioritising circular initiatives when granting land for development, favouring developers that use recycled materials as well as buildings that can be easily taken apart at the end of their service life, facilitating the recycling of their components. Such designs may emphasise the use of dry connections such as bolt-screws over wet ones such as mortar and glue, since the latter make it harder to separate materials without damaging them.

The London Waste and Recycling Board, for its part, has encouraged developers to adopt these and other circular practices by sharing case studies of their materials and cost savings. When a warehouse in the city had to be relocated to make way for new access roads, for example, its developers reused as much of the building as possible, including its steel frame, concrete beams and slabs. This reduced the new structure’s cost by 25 percent and carbon dioxide footprint by 56 percent.

The London government is also considering incorporating such circular economy principles in its regeneration of several neighbourhoods in the city, including the Old Oak and Park Royal areas, and in the next edition of the London Plan, which will be published in late 2019 and will set out the city’s spatial development strategies for the next 20 to 25 years.

“When clean and valuable recycled fractions can move freely across borders to support economic activity, this will unlock economies of scale to transform waste into feedstock for new products… If we succeed, we will effectively turn our cities into urban mines that can provide us with environmentally sustainable raw materials.”

— Masagos Zulkifli
Then-Minister for the Environment and Water Resources, Singapore

Waste is not just useful for constructing infrastructure. Cities can increase their water supply by five times if they recover 80 percent of their used water, treat it and reintroduce it into their water system. Recycling wastewater also creates a water source that will not be affected by climate change, unlike harvesting rainwater or groundwater.

In India, the city of Mumbai plans to increase its sewage collection from 80 percent to 100 percent in the next five years for just this purpose. It estimates that the move will help it to boost its treated water capacity by 2,500 million litres. Abu Dhabi, the capital of the United Arab Emirates, has also set the goal of recycling and reusing all of its wastewater by 2020.

Other cities are experimenting with ways of using waste to generate electricity too, as this will provide them with a renewable means to meet the rising energy demands of their growing population. In Singapore, the government is building a wastewater treatment plant and a waste-to-energy facility next to each other to unlock synergies for both. By-products from the plant will be sent to the facility and used to boost the production of biogas and thus electricity. The facility, for its part, will supply the plant with power.

Even waste heat generated from industrial processes can be used to benefit citizens. After carrying out a study, the government of Rotterdam found that companies operating in the city’s port produce enough residual heat to meet the heating requirements of more than 500,000 households. It has signed an agreement with oil giant Shell to redirect the waste heat from its refinery in the port to about 16,000 households via a network of underground pipes, and is in talks with other firms. By making use of this sustainable source of heating, the city will be able to reduce its reliance on dwindling and pollutive fossil fuels. 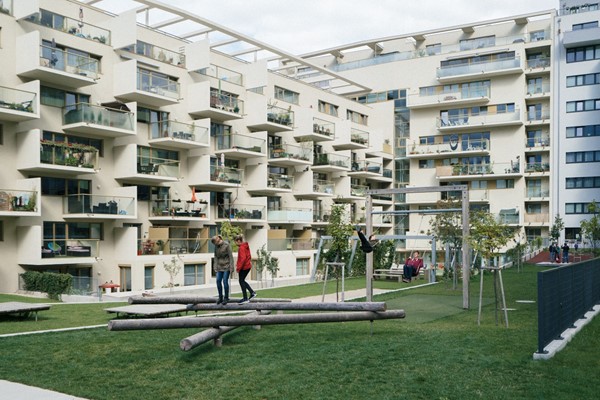 The city of Vienna in Austria has taken a similar approach by repurposing the heat generated by its waste incinerators. About a third of the city’s apartments are serviced by a district heating energy system. “In summertime, when demand for heating is pretty low and is mainly for hot water, about half of Vienna’s district heating energy comes from waste incineration. In winter, when demand is much higher, the proportion of district heating from waste is about one-third,” said Ms Martina Ableidinger, the city’s head of waste prevention.

At the latest edition of the biennial Clean Environment Leaders Summit held in Singapore in 2018, Singapore’s Minister for the Environment and Water Resources Masagos Zulkifli noted that countries can also help one another to make better use of their waste. “There is an opportunity for us – government and industry leaders – to actively shape a global circular economy,” he said.

He explained: “When clean and valuable recycled fractions can move freely across borders to support economic activity, this will unlock economies of scale to transform waste into feedstock for new products… If we succeed, we will effectively turn our cities into urban mines that can provide us with environmentally sustainable raw materials.” O