Child in the city

Nearly one in three people living in cities and towns today is a child. To create more child-friendly cities and encourage civic participation from a young age, governments are experimenting ways to engage them, while making their cities more inclusive which will also benefit other vulnerable groups. 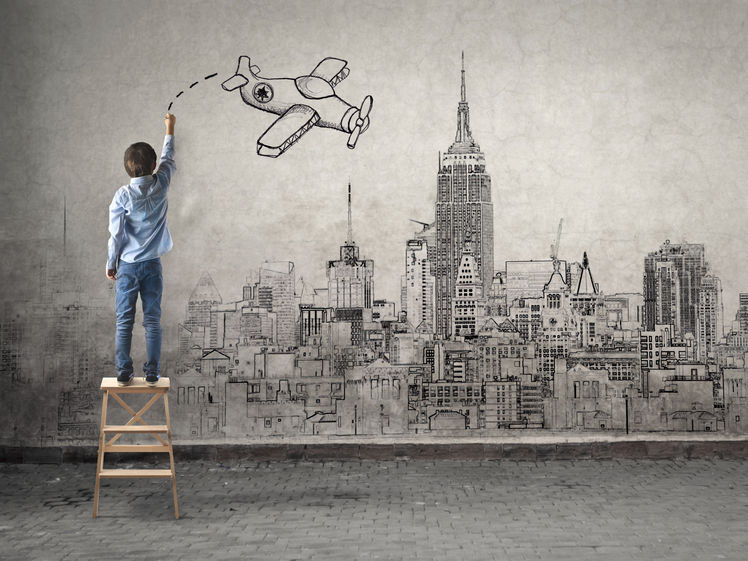 In 2019, the city of Boulder in the United States debuted a map of the city designed with and for its children. The map was created by the city’s Growing Up Boulder group, which works with kids to include their input in urban planning, and in consultation with about 700 children, caregivers and teachers. It points the children to spaces where they can play and learn, such as cycling and walking trails that are appropriate for them, libraries, dog parks and museums, and has small icons for those who cannot read or read well yet.

Across the US and other countries, more cities are taking steps to become child-friendly and include kids’ thoughts on urban planning. Nearly one in three people living in cities and towns today is a child, and almost 7 in 10 of the world’s children will live in cities by 2050. Studies have found that when children are involved in urban planning, they are more likely to participate in municipal matters throughout their lives. Cities that are child-friendly, with safe thoroughfares, plenty of open, social places and other amenities, are also better for other vulnerable resident groups, such as the elderly and those with disabilities.

In 2018, the United Nations Children’s Fund created a new handbook and website to highlight the importance of respecting and realising children’s rights in the development of cities and communities. A year later, it organised the first international Child-Friendly Cities Summit in Cologne, Germany, which was attended by mayors, technical experts, children and young people from 180 cities in 53 countries. Cologne Mayor Henriette Reker said: “It is our action at the local government level that has a huge influence on children’s lives and well-being. We must ensure that children’s rights, wishes and needs are taken into account.”

“It is imperative that we design and build cities that meet the needs of children: seeking their input during the design process, providing them with access to play and education, and facilitating their social and cultural interactions.”

For cities such as Rotterdam in the Netherlands and Jakarta in Indonesia, becoming more child-friendly has meant literally making more space for the little ones. After Rotterdam was voted in a 2006 national poll as the worst Dutch city in which to raise a child, it invested 15 million euros (approximately USD $16.9 million) and set conditions for infrastructure such as housing and public spaces in a project called “Building Blocks for a Child-Friendly Rotterdam”.

A similar transformation has taken place in Jakarta. In 2015, concerned with the lack of urban play areas for children, the government started to build parks in or close to neighbourhoods under an ongoing initiative named the “Child-Friendly Integrated Public Spaces” policy. These public parks are required to be at least 500 square metres and located within one kilometre of the neighbourhoods, since studies have shown that the likelihood of a child going to a destination declines beyond that distance.

The city has constructed nearly 300 such parks so far, and a study of 10 of them in 2017 found that they have become a key part of many children’s lives. When university researchers interviewed children in the parks, about 40 percent of them said that they came daily with their friends. The researchers wrote: “The parks are a place to play and socialise but also a place to learn and exercise, partly because the parks’ management organises many activities for them.” With parents sometimes accompanying their children to the parks, authorities have also partnered organisations such as the Family Welfare Movement to use the parks as a means to find out more about the communities’ needs.

While creating spaces for children is critical, ensuring that they can reach those spaces safely is equally important. Both Ghent and Antwerp in Belgium have redesigned streets connecting playgrounds, youth clubs, schools, homes and other spaces frequently used by children to make them safer and more enjoyable. In both of these cities, urban planners map the places that children go to and the roads that they use to get there, partly by asking the children themselves. In Ghent, the government’s traffic interventions have included marking a two-kilometre route linking schools, kindergartens, sports facilities and other public spaces with red bricks, and banning cars from traveling at more than 30 kilometres per hour along it.

In Antwerp, city authorities have not only widened pavements and implemented crossing points for safety but made the streets more fun for children by adding play features. Mr Wim Seghers, a consultant who led the street transformation plan, said: “It can be something as simple as a concrete stepping stone. When children find it on their route, they sit on it, lie on it, jump on and off, and they have fun. It makes the route more attractive and child-friendly.”

For cities with limited space, temporary road closures can be an effective way to make more room for children. In London, Britain, the “Play Streets” programme encourages residents to apply to their local council for help in organising regular road closures, for example for three hours on the first Sunday of every month, to enable children to play in the street and become physically active and healthier. Residents have to get approval from at least 70 percent of the households on their street. If they are successful, the council provides road closure signs, high visibility vests for volunteers and play kit bags for free. In the Camden district alone, 12 streets have joined the programme, with the council noting that it has brought residents together. 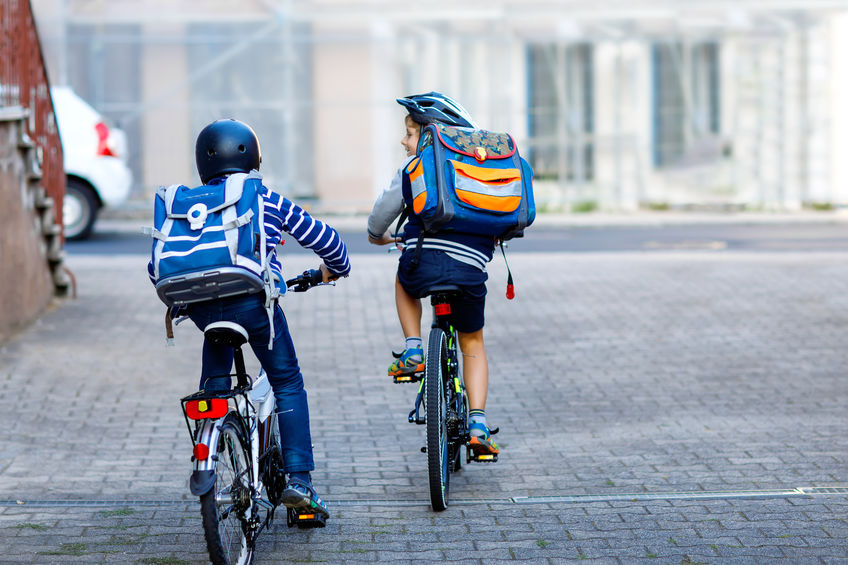 Beyond infrastructural measures, many cities are encouraging children and teenagers to take part in the government’s decision-making process. The city of Tampere in Finland has set up a Children’s Parliament for young people aged seven to 12 to provide feedback and ideas to the authorities. The parliament meets twice each year, and every school can send up to two representatives. Ahead of the meetings, the government’s Children’s Ombudsman, an official who coordinates its children-related activities, sends the representatives information about upcoming and ongoing local government issues.

The representatives select the topics they want to discuss, which can include those suggested by the government and put forward by their own members. In the past, these have included issues such as the composition of school meals and health care in schools. The Finnish government has also considered their input on measures to prevent bullying in schools. The parliament is also given an annual budget of 10,000 euros (approximately USD $11,300) to award scholarships and fund school projects and activities. The children select the criteria for the scholarships, which can change from year to year, and the recipients, and the budget has also paid for school excursions and trips for extracurricular groups to give performances.

In Belize, several cities have formed Child Advisory Bodies, each consisting of a dozen children and adolescents who range from eight to 18 years old, and are selected from schools, non-government groups, churches and other organisations. The youths meet with government officials every six to eight weeks to give their comments on local issues that affect them. In one municipality, the participants reviewed the plans for a local park and aided in its redesign.

In this age of the ubiquitous smartphone and the Internet, cities can also use well-designed mobile apps and microsites to hear from a wider range of children. Four years ago, the city of Oslo in Norway spent 347,000 euros (approximately USD $392,600) on a Traffic Agent app that children can download for free, and which casts them as secret agents to report on road safety concerns, such as heavy traffic areas, difficult pedestrian crossings and hard-to-see signs. With the road improvement works and traffic safety regulations that were carried out partly based on their feedback, last year, for the first time, the city had zero child pedestrian deaths since it started recording such statistics in 1960.

“We are living in an ever increasingly urban world, with more children growing up in cities than ever before,” said Professor Klaus Schwab, Founder and Executive Chairman of the World Economic Forum, which has advocated for more child-friendly cities. “It is imperative that we design and build cities that meet the needs of children: seeking their input during the design process, providing them with access to play and education, and facilitating their social and cultural interactions.” O