The changing face of transportation

With new ideas and technologies, many cities are reshaping themselves to favour walking, cycling and public transit over private cars. From Singapore’s on-demand public buses to Barcelona’s mini car-free neighbourhoods, here are some exciting initiatives to swap cars’ pollution and excessive spatial needs with better modes of travel. 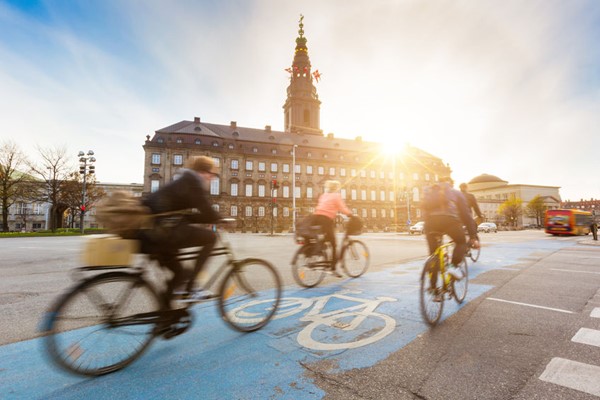 By the end of this year, the capital of Oslo in Norway will restrict the use of vehicles in its city centre, remove all 700 of the on-street parking spaces in the area and build new bicycle lanes and public transportation facilities in their stead. Explaining the decision, the city’s Vice Mayor for Urban Development Hanna Elise Marcussen said: “We’re doing this to give the streets back to the people.”

While the car has reigned supreme across the world for many decades, Oslo, like a growing number of cities, is rethinking its allegiance to the automobile because of pollution, climate change and land use concerns. In Britain, the pollution from cars and vans causes about 10,000 early deaths and $6 billion pounds (US$7.9 billion) in health costs each year, while in the United States, parking spaces occupy a disproportionate amount of cities’ land area.

Armed with fresh ideas and new technologies, many cities are remaking their transportation infrastructure, systems and policies to favour cleaner and more efficient mobility methods such as walking, cycling, public transit and other shared vehicles. From Barcelona in Spain to the Canadian city of Kingston and the city-state of Singapore, here are some of the novel ideas that exemplify the changing face of transportation.

“Our network will be unique in covering the city from its outskirts to the city centre. You’ll be able to explore the city exclusively on bike and foot.”

Redesigning streets for people, not cars

Like many other cities, Barcelona is already heavily built-up, leaving little room for new transport solutions that require plenty of space. Undeterred, the government has revived an idea first mooted in the city in the early 1990s: ‘superblocks’ that would each push most of the vehicular traffic within a grid of nine existing buildings to its perimeter, freeing up the streets within for wider sidewalks, bicycle lanes and community spaces such as parks, plazas and playgrounds.

When researchers studied one of the three older superblocks built in the 1990s, they found that car traffic in the surrounding neighbourhood had fallen by about 15 percent, while walking and cycling were up by 10 percent and 30 percent respectively. Since 2016, the city has created two more superblocks, in the Poblenou and Sant Antoni districts, and many more are in the works. While there was some opposition to the Poblenou superblock in the beginning, “many of the people who were against it are now happy with it,” said Ms Sílvia Casorrán of the Poblenou Neighbours Association.

In New Zealand, the city of Auckland is attempting a similar pedestrianisation project. The government plans to prohibit most cars from entering Queen Street, the city centre’s main thoroughfare, and divide the inner city into eight vehicle zones. Each zone will have only one entry and exit point for vehicles, and automobiles will not be allowed to travel from one zone to the others. The goal is to force drivers to think twice about using their private cars, and to ensure that they can only go to, and not go through, the zones. Auckland Mayor Phil Goff said: “There are over 100,000 people working in the central city, and hotel blocks are soaring into the sky. Pedestrian numbers are doubling every few years. We have to do this. It is a lovely vision and an absolute necessity.”

On the other side of the world, the city of Hamburg in Germany is carrying out an even more ambitious plan. By 2034, about 40 percent of the city’s land area will be devoted to a green network that uses green corridors and paths to connect its plentiful parks, gardens, playgrounds, recreational areas and cemeteries. Sections of the connectors are being built on top of existing motorways, restricting the latter’s noise and other pollution and reducing the land needed for the plan. “Our network will be unique in covering the city from its outskirts to the city centre. You’ll be able to explore the city exclusively on bike and foot,” said Ms Angelika Fritsch, a government spokeswoman. 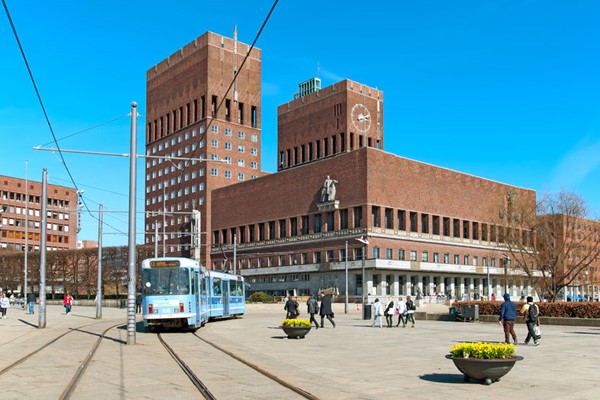 People and tram near the Oslo City Hall © ojimorena/ 123rf.com

Public transport at your command

While walking and cycling are the most sustainable and healthiest forms of transport in any city, public buses and trains are needed too for longer journeys. Many cities, including Sydney in Australia and Belleville in Ontario, Canada, are using new technologies such as smartphone applications and artificial intelligence to improve their public transit systems and make them more appealing to commuters who may otherwise opt for private vehicles.

In Sydney, the government has been trialling on-demand public buses in different parts of the city, with an eye to reducing private car use, helping residents with mobility issues and solving the first-and-last-mile problem. Commuters can book the buses to transport them from their homes or nearby locations to local transport hubs and other destinations. Mr Victor Dominello, who represents Sydney’s Ryde district, said: “The service will encourage more people out of their cars and onto public transport.”

The Belleville government also started an on-demand programme to replace the city’s late night buses. Riders can call or use an app to schedule pick-ups and drop-offs days or even minutes before their trips. An artificial intelligence software processes the requests, maps the quickest route to get all the commuters to their destinations as quickly as possible, and then sends confirmations to them. Passengers can also hail an on-demand bus if they see it and register a ride on the spot, which triggers an updated route. Ridership on the buses has more than tripled, and the city may expand the programme.

Data analytics also plays a key role in Singapore’s ground-breaking “Beeline” shuttle bus initiative. Using an app, commuters can book seats on available private bus routes and suggest new ones. Private bus operators can then identify areas and routes with high demand and offer their services, supplementing public bus services and encouraging citizens to use them instead of private cars. The app has been downloaded more than 56,000 times since it was launched in 2015, and its users have crowd-started more than 80 routes.

“Today, very few people would do that [smoke cigarettes indoors]. It’s the same with cars in the city centre. One day, we will look back and ask ourselves why we ever thought that was a good idea.”

Beyond infrastructural innovations, some cities are also using policy interventions to nudge residents towards walking, cycling, personal mobility devices and public transport. In Curitiba, Brazil, citizens can trade their trash for bus tokens and food at recycling centres, helping the government to achieve two social goals at once. Since the government introduced the exchange programme, the city’s recycling rate has risen to about 70 percent, and about 85 percent of its citizens use the public bus system.

The city of Kingston in Ontario, Canada, for its part, has found extraordinary success with its Transit High School Bus Pass Project, which emphasises early education about public transport. Each year, government officials take new high school students on a public bus ride to teach them about transfers, proper etiquette on the buses and other important information about the city’s public transit system. The students are also given a free bus pass at the end of the orientation. After the project was started in 2012, the city’s bus ridership soared by more than 70 percent within five years, and the Federation of Canadian Municipalities is now exploring ways to replicate the programme in other cities.

Similarly, while the Netherlands is famous for its cycling culture, the preference is cultivated from a young age. Dutch children in their last year of primary school have to earn a bicycling diploma by passing a multiple-choice exam and then a real-world biking test. By secondary school, most parents expect them to ride their own bikes to school. In both Kingston and the Netherlands, the social policies have steered young people towards more sustainable transport, reducing the odds that they will turn to private vehicles later in life.

Ms Marcussen, the Oslo Vice Mayor, observed that policies to restrict cars have met with fierce opposition in some cities. She noted, however, that it was perfectly normal for people to smoke cigarettes indoors in Oslo not too long ago. She said: “Today, very few people would do that. It’s the same with cars in the city centre. One day, we will look back and ask ourselves why we ever thought that was a good idea.” O