To curtail climate change and its negative impact, more than 100 cities have pledged to achieve net zero greenhouse gas emissions by 2050 or earlier. The targets: emissions from buildings, transport systems and energy sources. Here’s a look at how cities are shrinking their footprint through tried-and-tested and novel initiatives.

What does a carbon neutral city look like? © elenabsl/ 123rf.com

The fight against climate change hinges on cities’ actions. Today, cities house more than half of the world’s population, and are responsible for about three quarters of all greenhouse gas emissions. By taking steps to reduce their emissions, they can limit climate change and its negative consequences for them, such as rising sea levels and more intense downpours that increase their risk of floods.

While recent studies have found that cities as a whole are still not doing enough to curb climate change, some cities are leading the way. In late 2019, the governments of nearly 100 cities pledged to support a global ‘Green New Deal’ to peak emissions by 2020 and halve them by 2030. Furthermore, over 100 cities have outlined plans to become carbon neutral by 2050 or earlier, which means that they will produce no more emissions than they can offset through measures such as planting trees, which absorb carbon dioxide.

While the forward-looking cities’ initiatives to reduce their environmental footprint target the gamut of their infrastructure and operations, many are zeroing in on their buildings and transport networks, as these two sectors are the largest contributors to urban emissions. A landmark 2019 report by more than 50 organisations, including the United Nations, World Resources Institute and World Economic Forum, calculated that cities could use existing technologies and practices to slash their emissions by 90 percent by 2050, with the largest reductions to be found in the building and transportation sectors.

A bulls-eye on buildings

Vancouver in Canada and Cambridge in the United States are among the pioneering cities that have introduced ambitious environmental goals for their buildings. In Vancouver, the government launched a ‘Zero Emissions Building Plan’ in 2016 that specified progressive emissions limits and other requirements for construction, with an eye to achieving net zero emissions for new buildings by 2030.

When submitting applications for new buildings and major renovations, property developers now have to report the projects’ expected embodied emissions. These emissions can make up a substantial portion of a building’s total emissions, and are incurred in producing, transporting and assembling its construction materials, replacing them over the course of the building’s use, and delivering them to a landfill or recycling depot when the building is demolished. With this reporting requirement in place since 2017, the city aims to cut projects’ average embodied emissions by 40 percent between 2018 and 2030, including the use of more environmentally-friendly materials.

All new buildings also have to meet emissions limits that will be lowered in phases until 2030, when all new developments are required to have net zero emissions. Mr Sean Pander, the city’s Green Building Manager, explained: “Our roadmap makes it easier for builders and manufacturers to plan and innovate. They’re aware of what’s coming, and assured that the demand for technology will continue to grow.”

To lead by example, the government has mandated that all new city-owned buildings must attain ‘Passive House standards’, which are extremely stringent energy efficiency standards, or their equivalent, and use zero-emissions fuel sources where possible. It also established a ‘Zero Emissions Building Centre of Excellence’ to host training sessions and produce case studies for developers.

The city of Cambridge has set out similar zero emissions timelines for new buildings, and also encourages the retrofitting of existing developments to make them more sustainable. In 2017, it started a voluntary ‘Multi-family Energy Pilot Programme’ to provide free energy efficiency and retrofitting assessments for residential buildings with at least five units. Once the buildings’ owners and tenants have a better understanding of the retrofit opportunities, an advisor assists them in identifying vendors, comparing bids, reviewing their financials, and applying for loans if necessary.

In 2019, the city announced another energy efficiency initiative, called the ‘Cambridge Building Energy Retrofit Programme’, that is targeted at larger buildings with a gross floor area of more than 25,000 square feet (2,322 square metres) or over 50 units. Under the programme, owners, managers and tenants of such buildings can get help in collecting and analysing data about their energy use, finding technologies to reduce it, and financing the investments. The city is also considering other measures, such as an independently managed fund that would be financed by carbon offset purchases and used to support emissions-reduction projects. 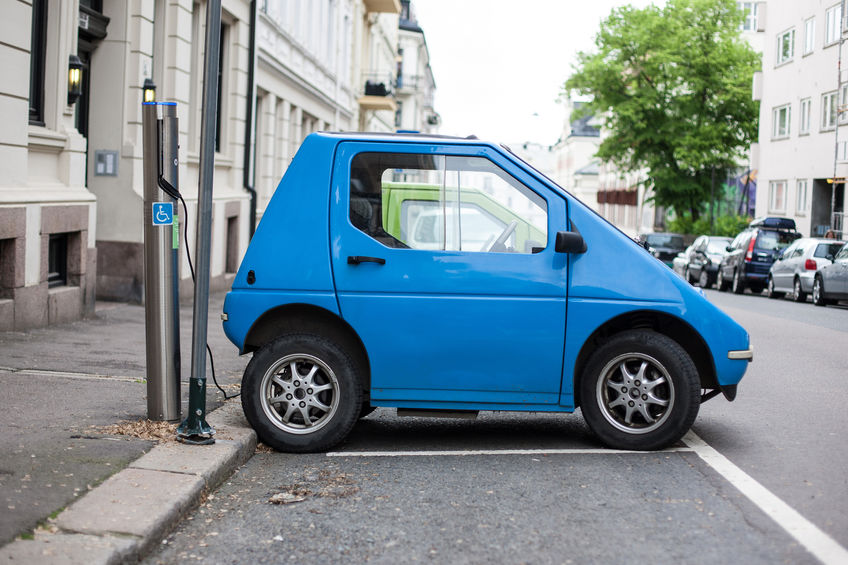 The road to greener transport

Transportation is the other major source of emissions for cities. To curb emissions, many cities are boosting the availability and reach of their public transport, and expanding their pedestrian and bicycle path networks, to spur residents to use these more sustainable travel modes. Since some residents will still need or want to use private vehicles, however, cities are also promoting electric vehicles as an eco-friendly option.

In Oslo, Norway, where transportation accounts for about 60 percent of the city’s emissions, the government has focused on building infrastructure and offering incentives to coax residents to switch to electric vehicles if they must use private transport. The city’s building code requires half of new buildings’ shared parking spaces to have electric vehicle chargers, and the other half to be ready for such installations. The city is also constructing parking garages for electric vehicles only, and developing a charging centre for taxis, freight and service vehicles.

Additionally, electric vehicle buyers do not have to pay national taxes or fees on their purchase, unlike those who opt for fossil fuel vehicles. Due to this policy, many electric vehicles cost about the same as their fossil fuel counterparts. Electric vehicle drivers also pay lower parking fees and road tolls, and can drive in the bus lane if they have others in their vehicles. In 2018, nearly 60 percent of all cars sold in Oslo were electric or hybrid ones, reflecting the success of its initiatives.

The cities of London in Britain and Barcelona in Spain, for their part, have relied on punitive fees to discourage the use of pollutive vehicles. Since April 2019, drivers entering an ultra-low emissions zone in central London must pay a daily fee if their vehicles exceed strict emissions ceilings. By September 2019, the proportion of compliant vehicles traveling in the zone had increased from 61 percent to 77 percent, with a corresponding decrease in emissions. To continue this improvement, the city will expand the zone in October 2021 to cover an area that is about 18 times larger than the existing one.

Barcelona’s low-emissions zone, on the other hand, encompasses the entire city as well as some of its satellite towns. Very pollutive vehicles, namely petrol and diesel ones purchased before 2000 and 2006 respectively, are banned from the zone and fined 100 euros to 500 euros (approximately USD $109 to USD $546) for each entry. The zone, which took effect in January 2020, is expected to reduce the city’s air pollution by 20 percent within four years.

“All cities have a stake in the fight against climate change. Global climate action begins at the local level, and by working together, we can have a much bigger impact.”

Clean energy for the climate fight

As cities progress in transforming their buildings and transport systems, many are also investing in renewable energy as a low or zero emissions replacement for fossil fuels. In Seoul, South Korea, more than 160,000 homes already have solar panels to generate electricity. To further reduce the city’s emissions by more than half a million tonnes per year, the government plans to fit additional panels on every public building with suitable space by 2022, as well as help a quarter of its four million households to install them.

Other cities are turning to more innovative spaces for their renewable energy systems. The city-state of Singapore will build one of the world’s largest floating solar panel arrays on the surface of its Tengah Reservoir. The solar farm will be completed in 2021, stretch across an area about the size of 45 football fields, generate enough electricity to power about 16,000 four-room flats, and reduce the city’s emissions by about 32 kilotonnes annually, equivalent to removing 7,000 cars from its roads.

Several cities have also developed novel ways to finance renewable energy installations, which may have considerable upfront costs. In the United States, 20 cities, including Boston, Chicago, Evanston, Los Angeles, Orlando, Phoenix and Portland, have partnered to offer renewable energy project developers the opportunity to fulfil their collective municipal energy demand. By aggregating their demand, the cities hope to purchase renewable energy at a larger scale to reduce costs.

Evanston Mayor Steve Hagerty said: “All cities have a stake in the fight against climate change. Global climate action begins at the local level, and by working together, we can have a much bigger impact.” O