The Prize is a key highlight of World Cities Summit 2022, held in-person in Singapore after a two-year hiatus. On 1 August, city leaders from around the world gathered and celebrated the successes of the 2020 Prize Laureate – Vienna and 2020 Special Mentions – Antwerp, Boston and Lisbon, while also bringing together the jury members and past Laureates for a fruitful day of sharing and celebrations.

Starting the day with Alumni Breakfast

In the early morning on 1 August 2022, the Prize Laureates Vienna (represented by Mayor Dr Michael Ludwig) and Bilbao (represented by City Councillor, Ms Oihane Agirregoitia) were hosted at the Lee Kuan Yew World City Prize Alumni Breakfast by Second Minister for National Development, Ms Indranee Rajah. The session is an exclusive ‘Laureate’s Club’, where the Prize Laureates share over breakfast what their cities have been doing since the award of the Prize. They were joined by the Prize Council and Nominating Committee members, Prize Sponsor Keppel Corporation and Organisers.

The meeting engaged in casual yet thought-provoking discussions on emerging issues ranging from age differences in the perception towards sustainability issues, challenges of cities in providing flexible work arrangements in a post-pandemic world, and how to encourage the shift towards sustainable transportation. 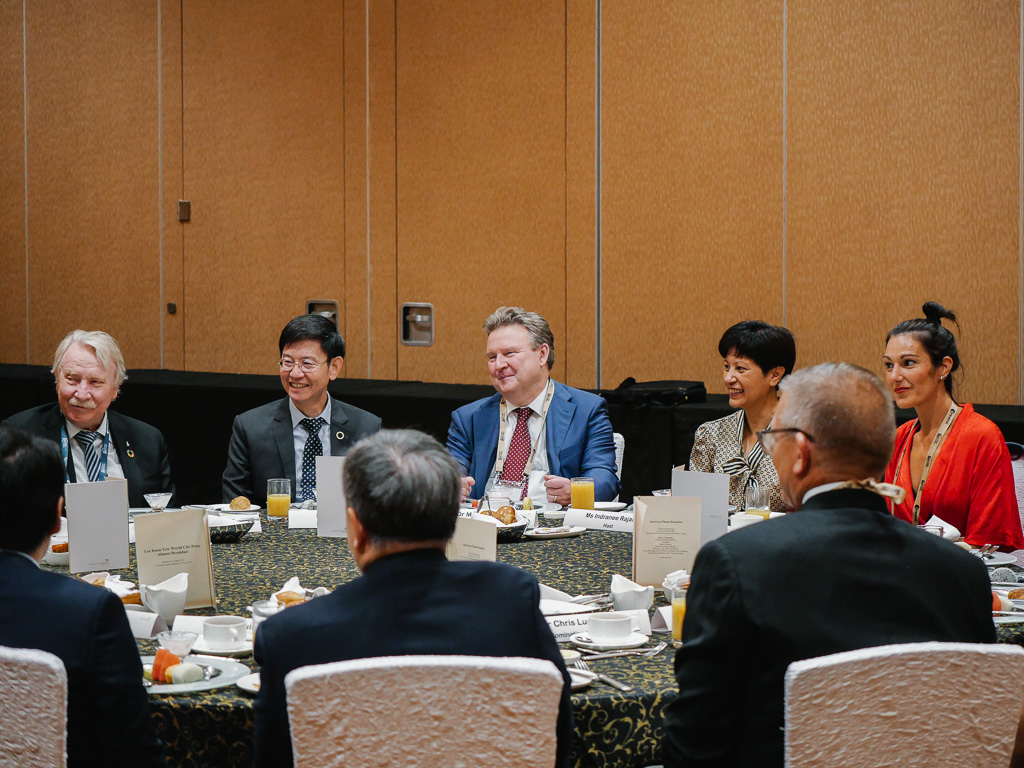 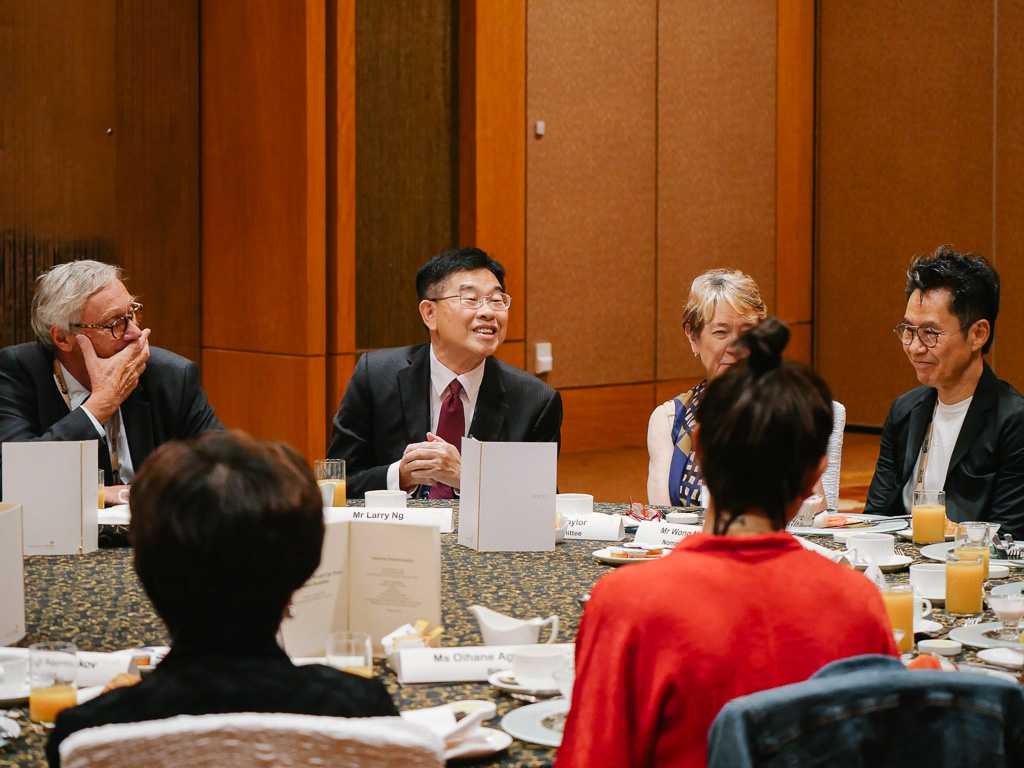 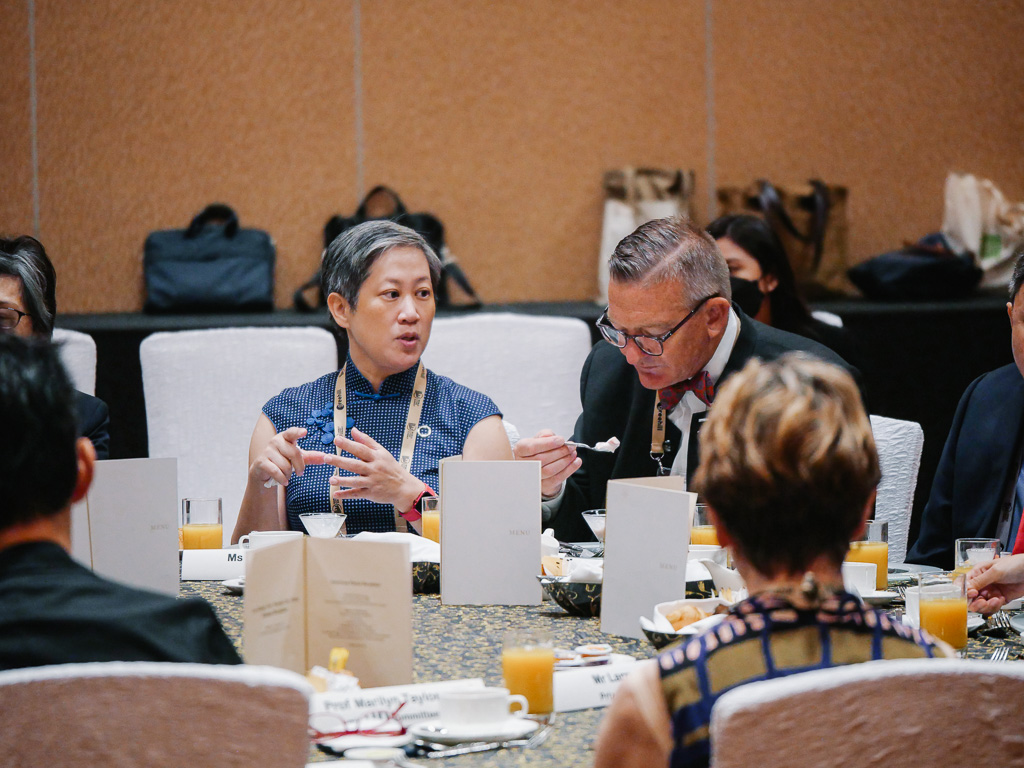 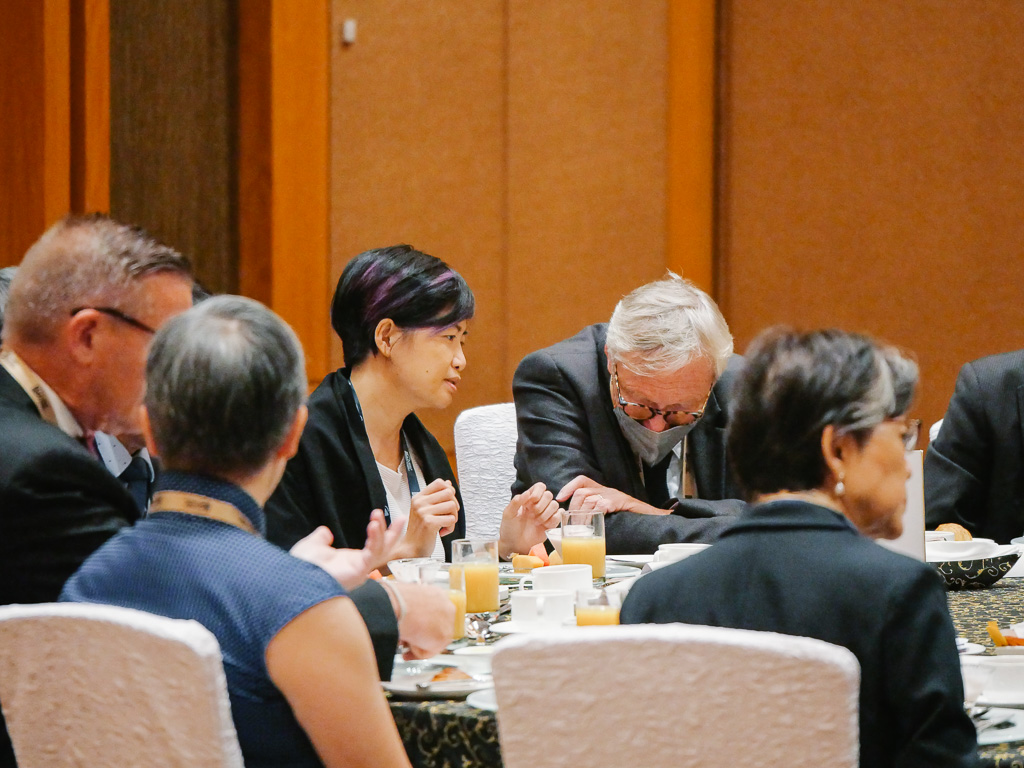 Continuing the sharing at the Prize Lecture & Forum 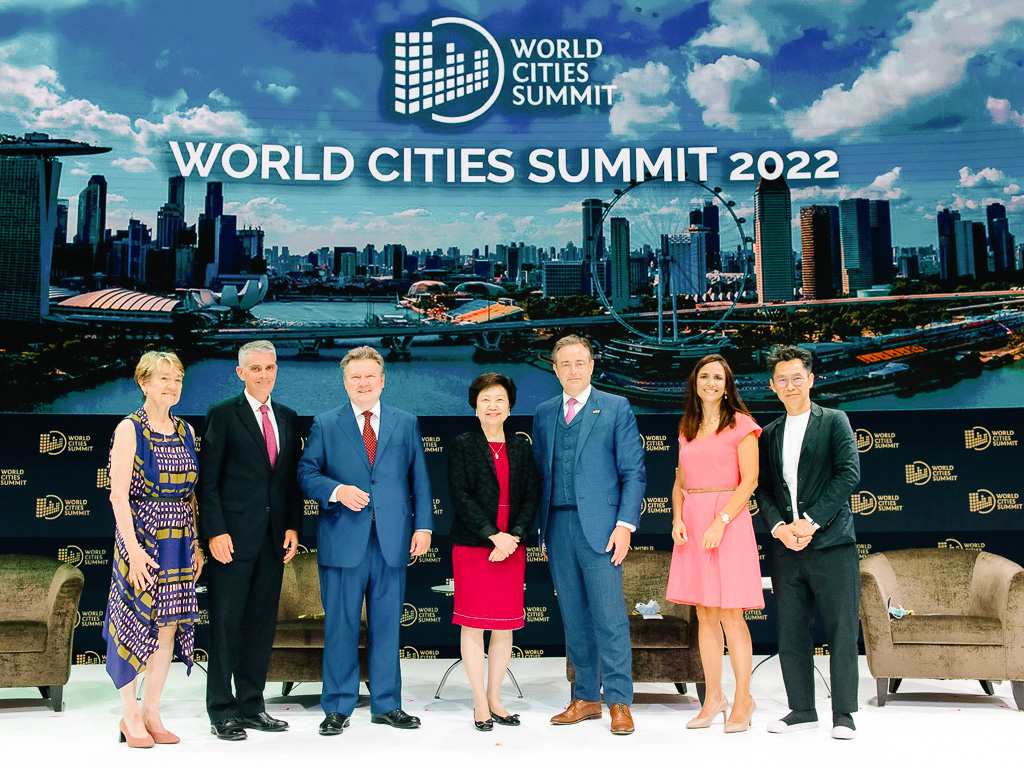 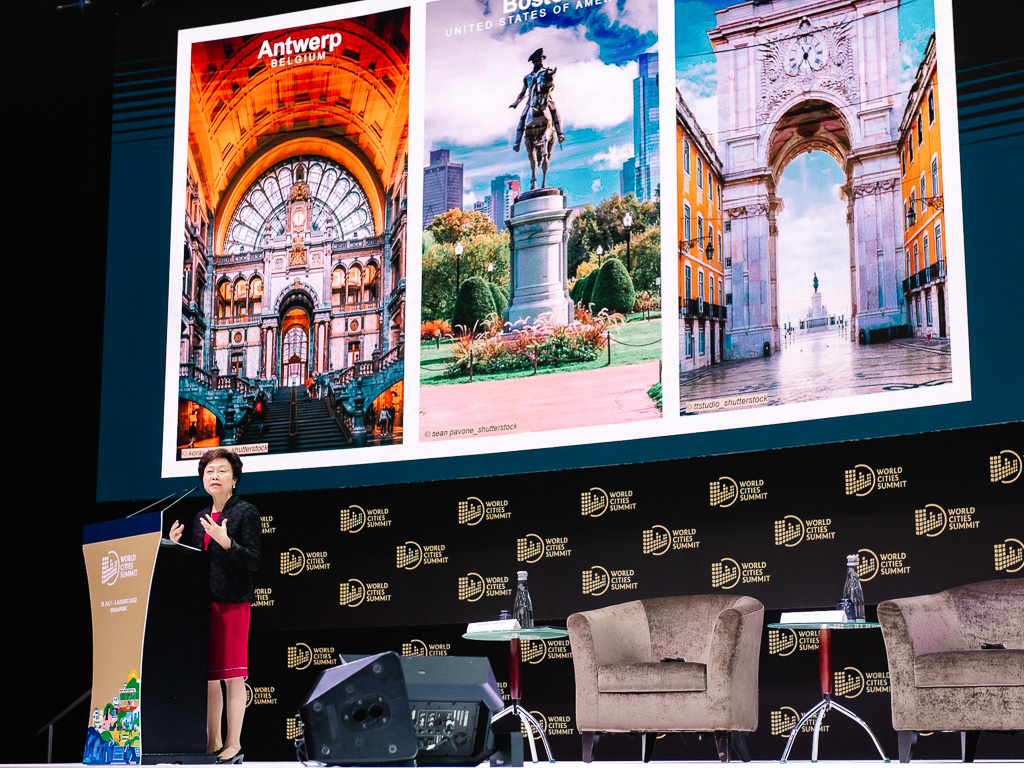 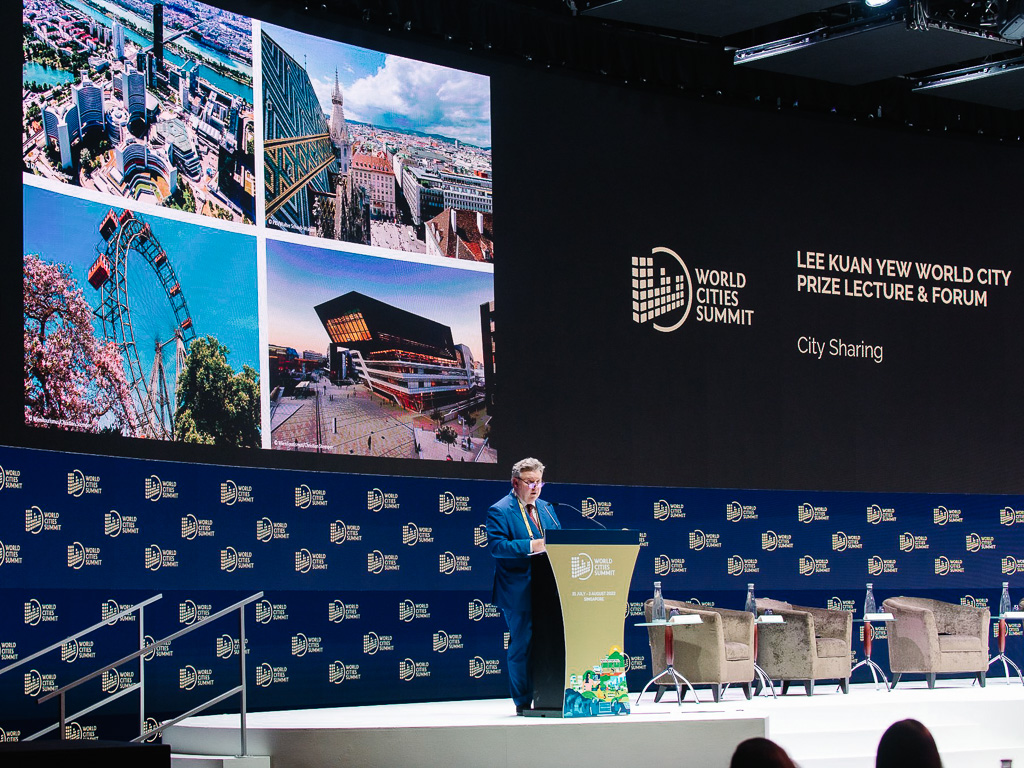 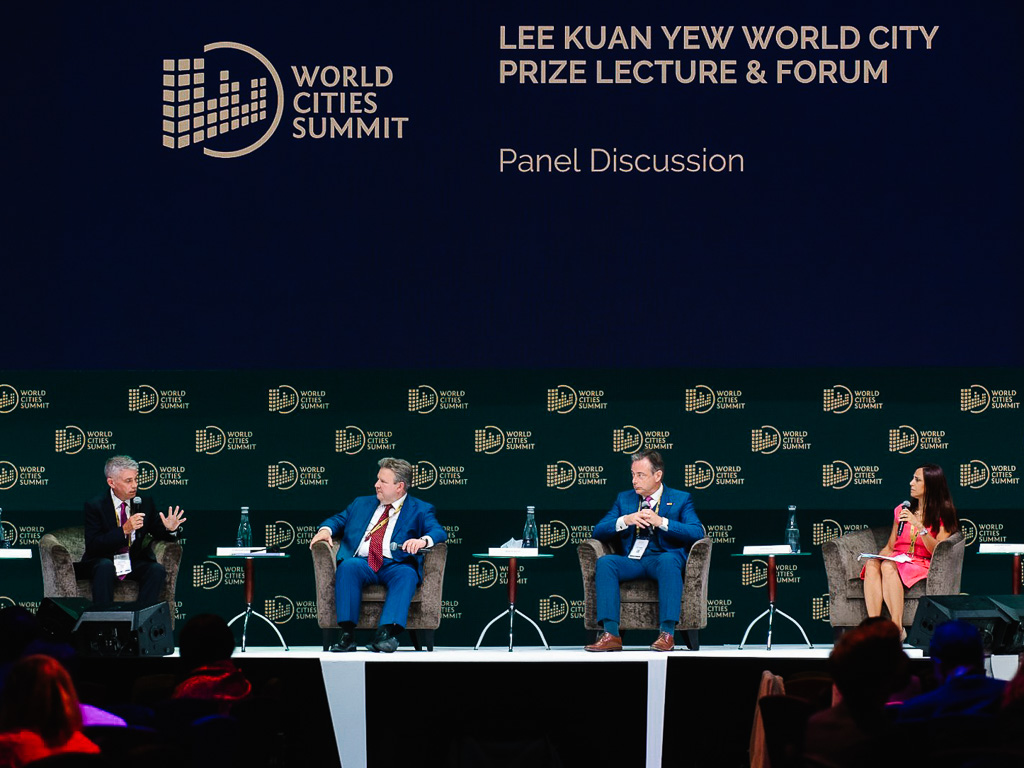 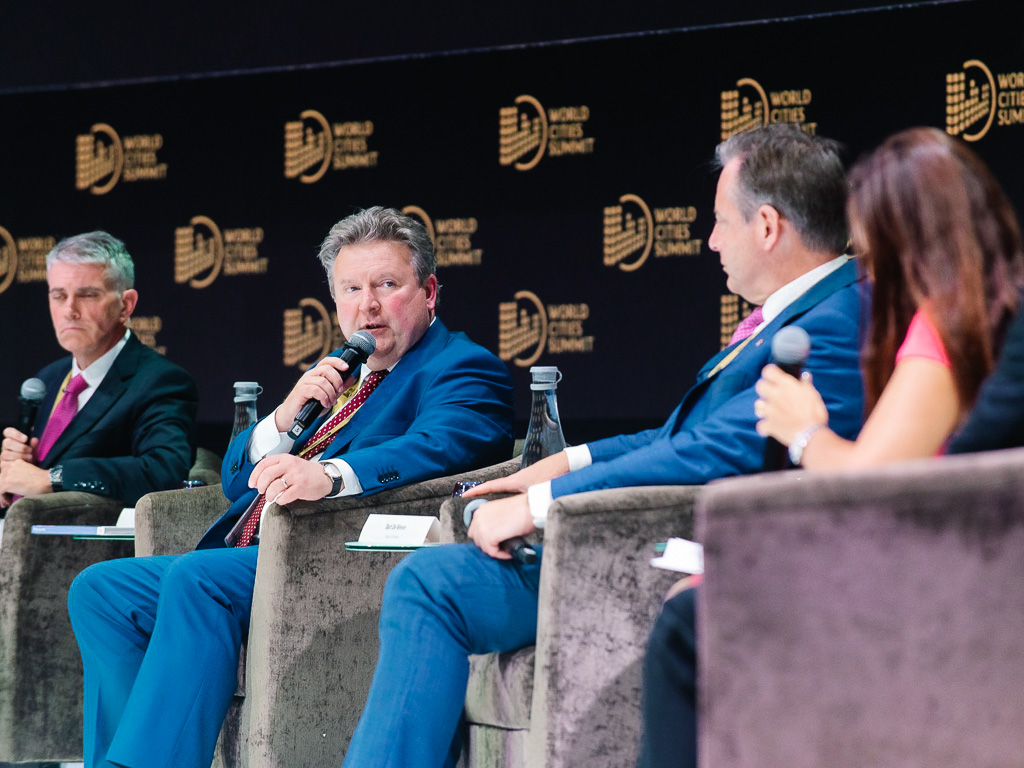 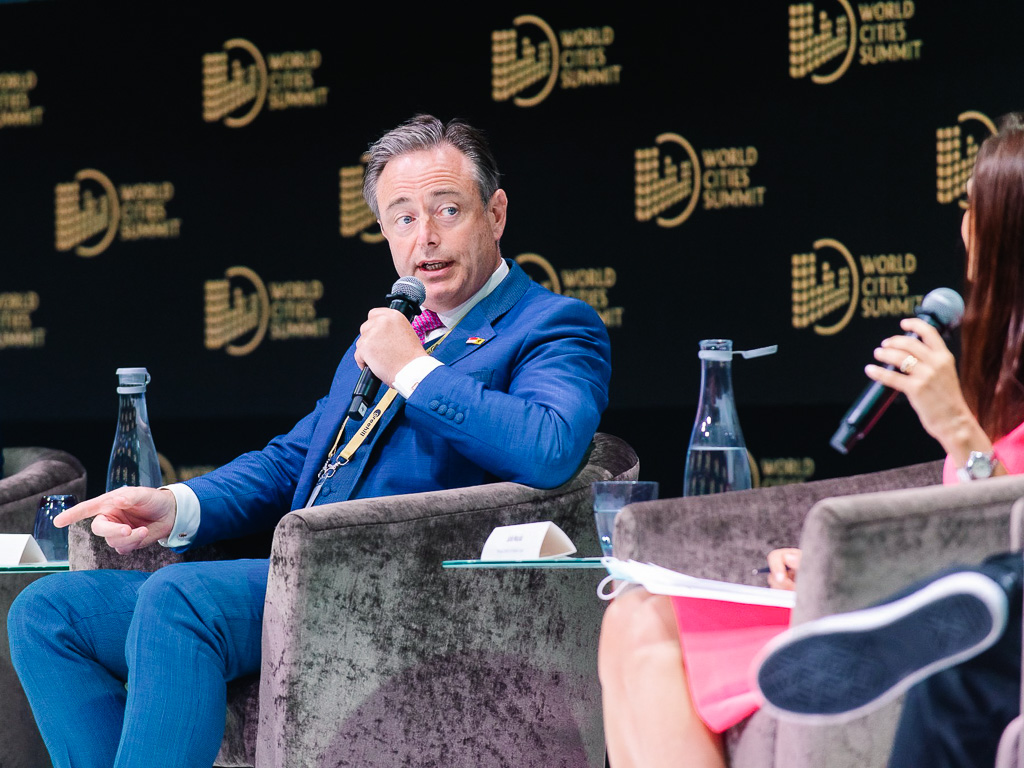 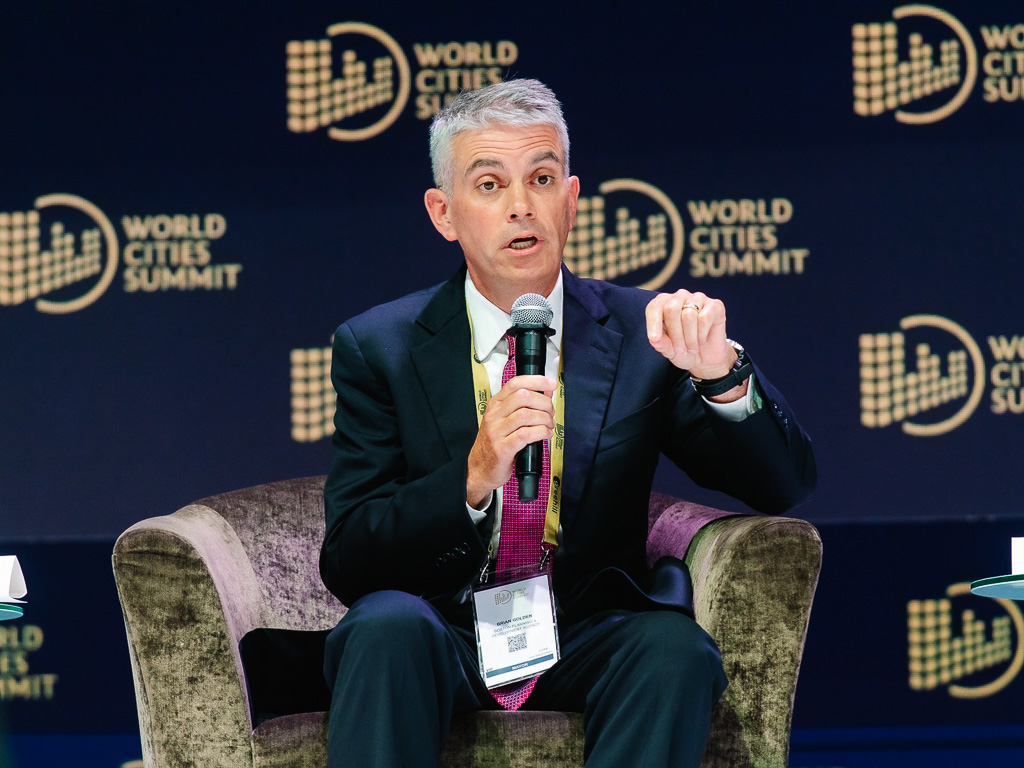 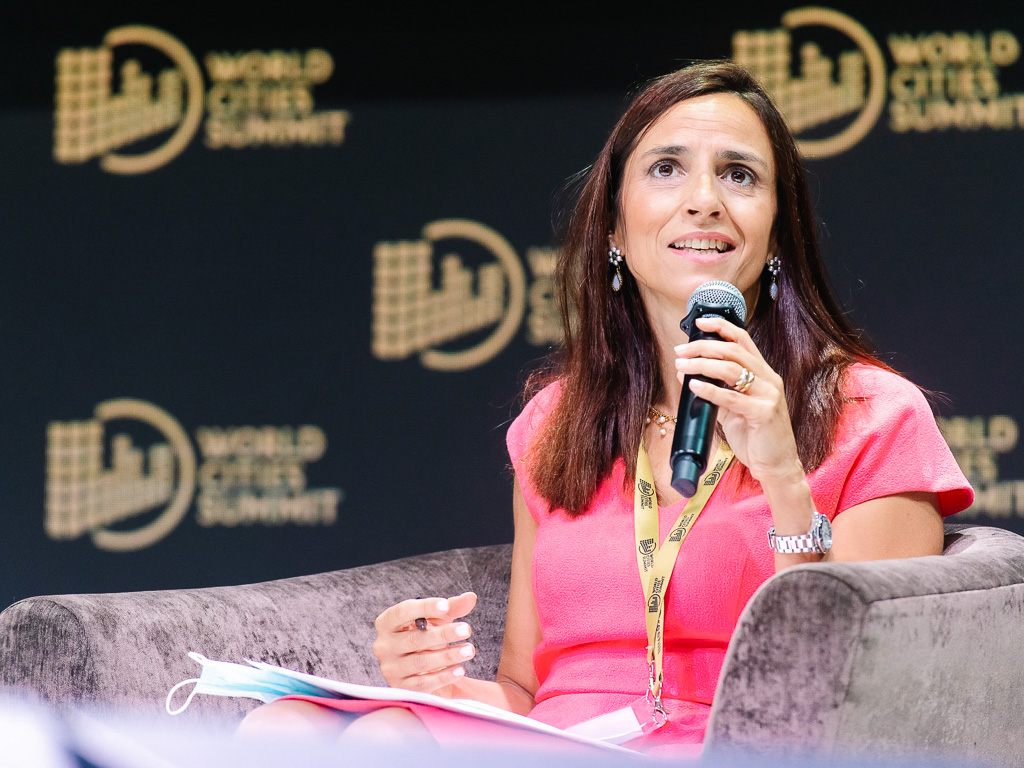 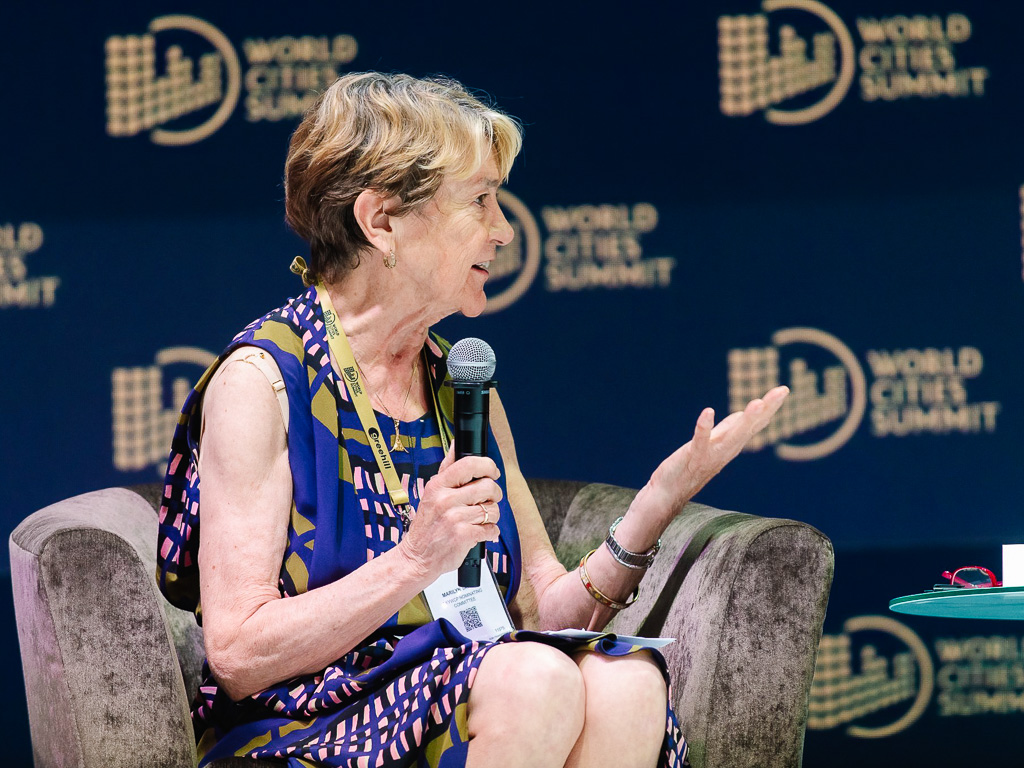 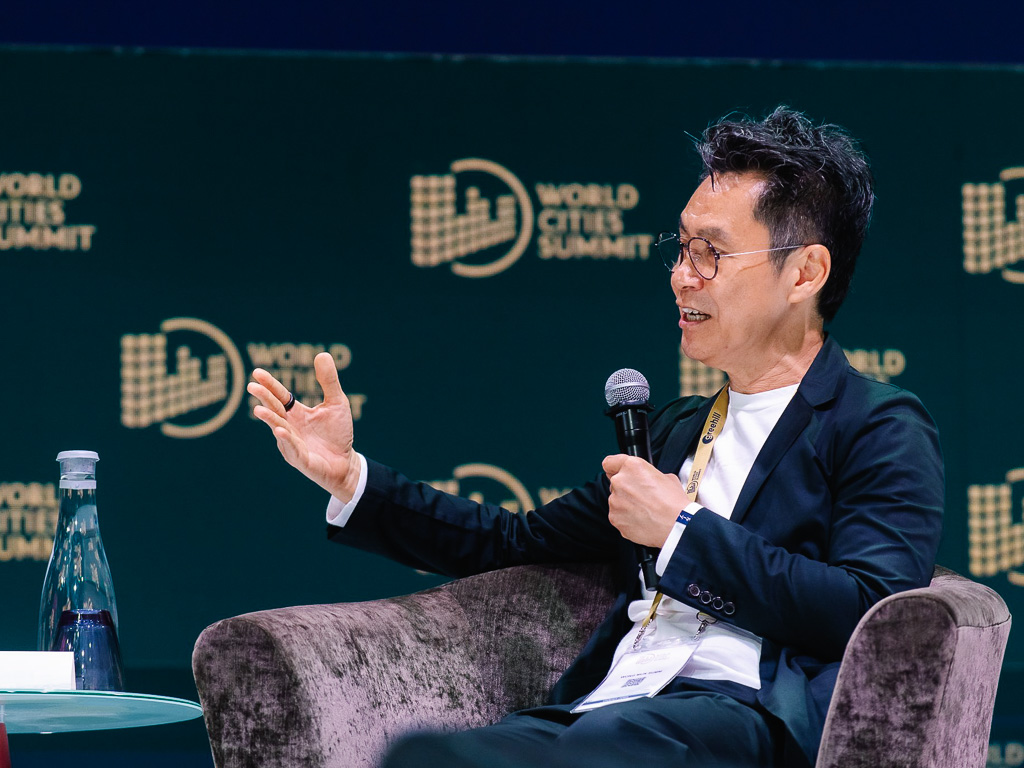 Wrapping up the day at the Award Ceremony & Banquet @ The Istana

On the evening on 1 August 2022, some 110 guests had the privilege of attending the Lee Kuan Yew World City Prize Award Ceremony & Banquet, held for the very first time at The Istana. Guests at the prestigious gala dinner witnessed the presentation of the award to the 2020 Prize Laureate by President Halimah Yacob, and the presentation of certificates to the Special Mentions by Minister for National Development, Desmond Lee.

Guests were also treated to a performance by students from School of the Arts (SOTA) – ‘Gold from the Stars’ from the musical, ‘Mozart!’, a critically acclaimed musical originally produced in Austria. 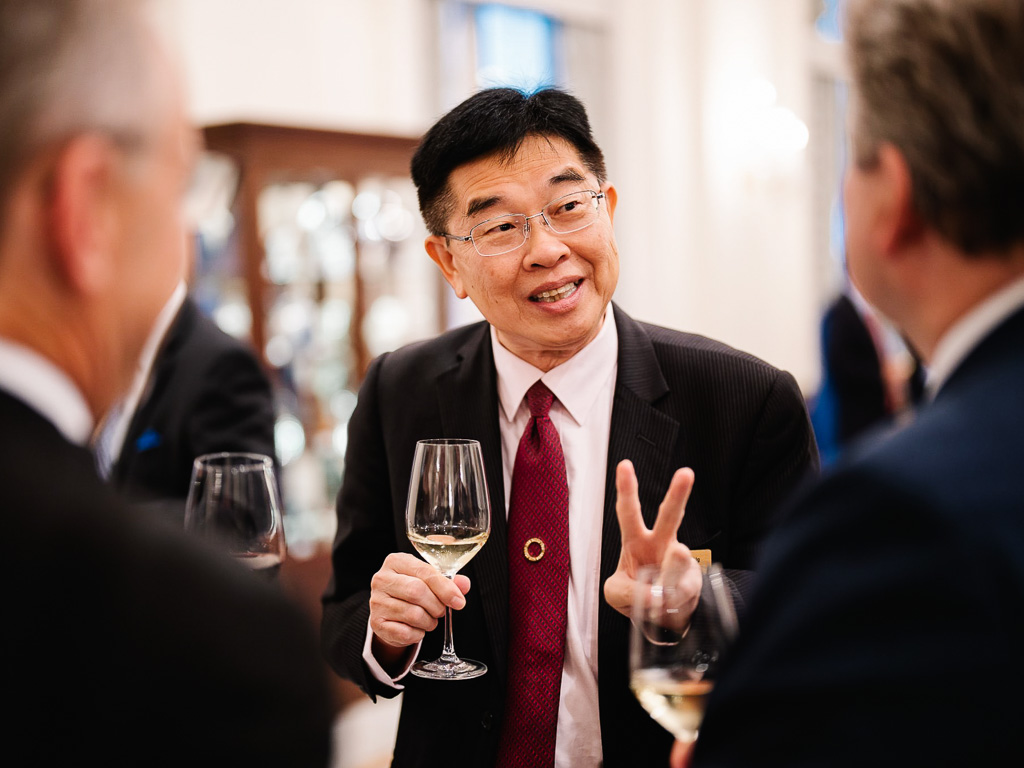 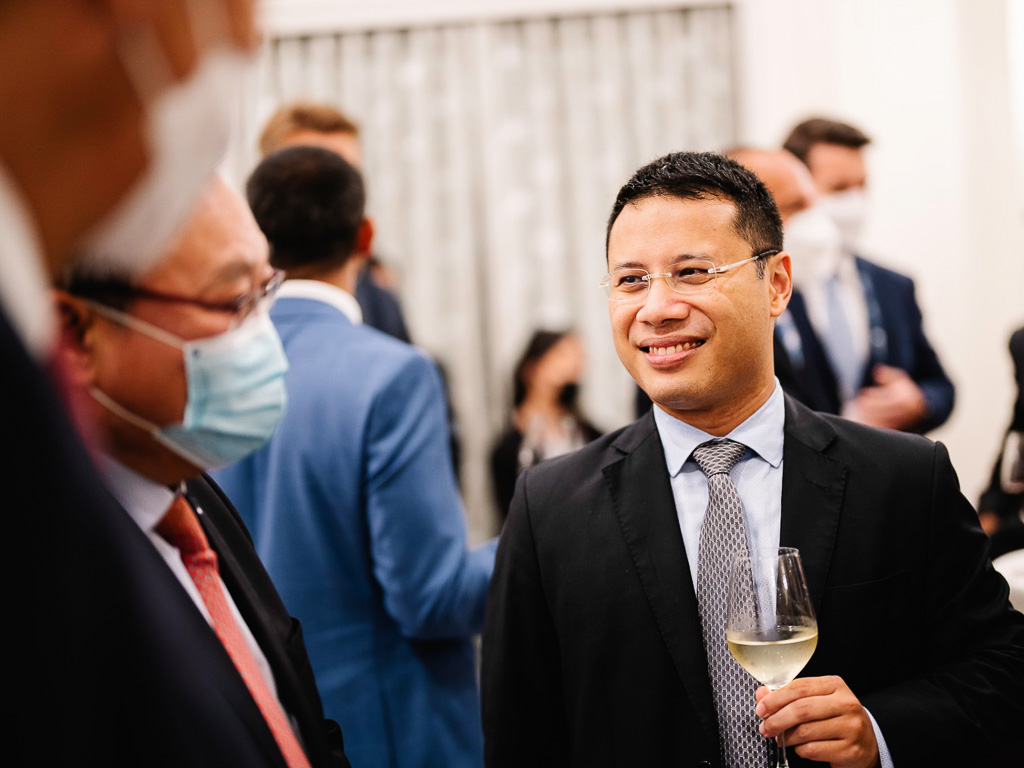 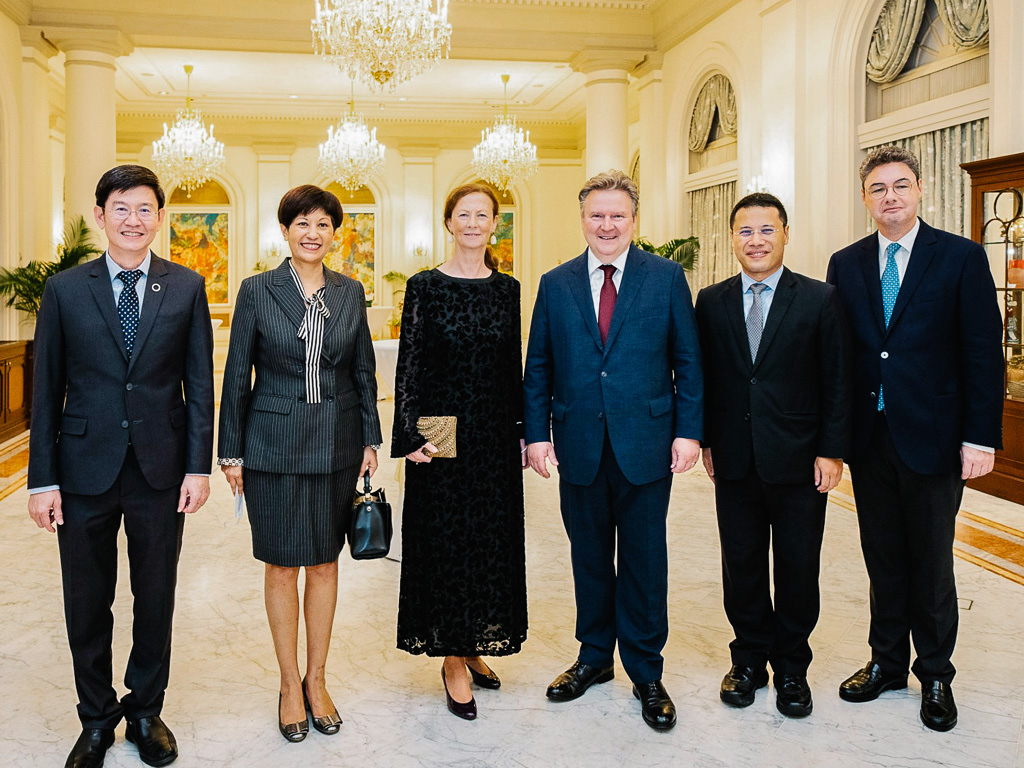 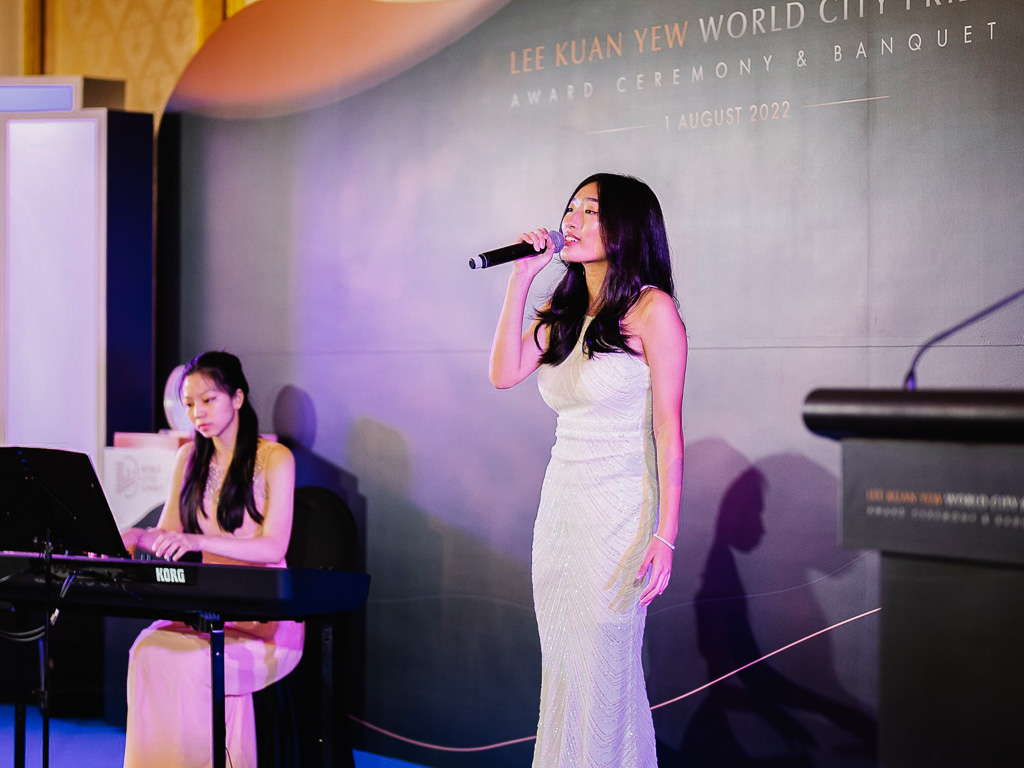 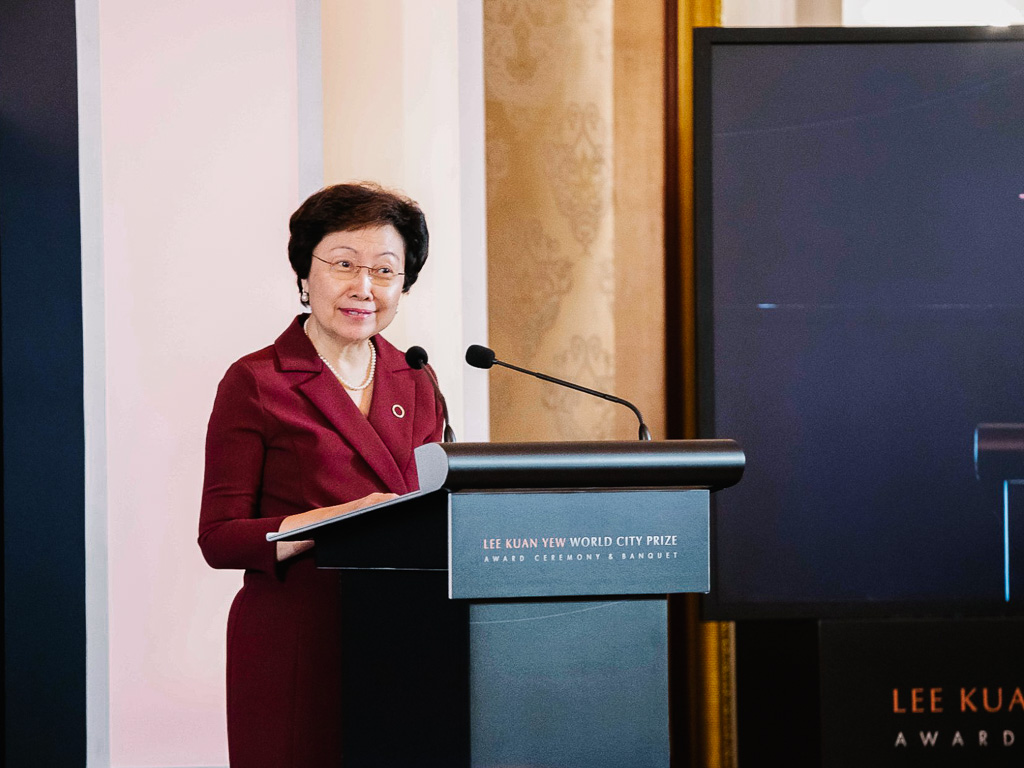 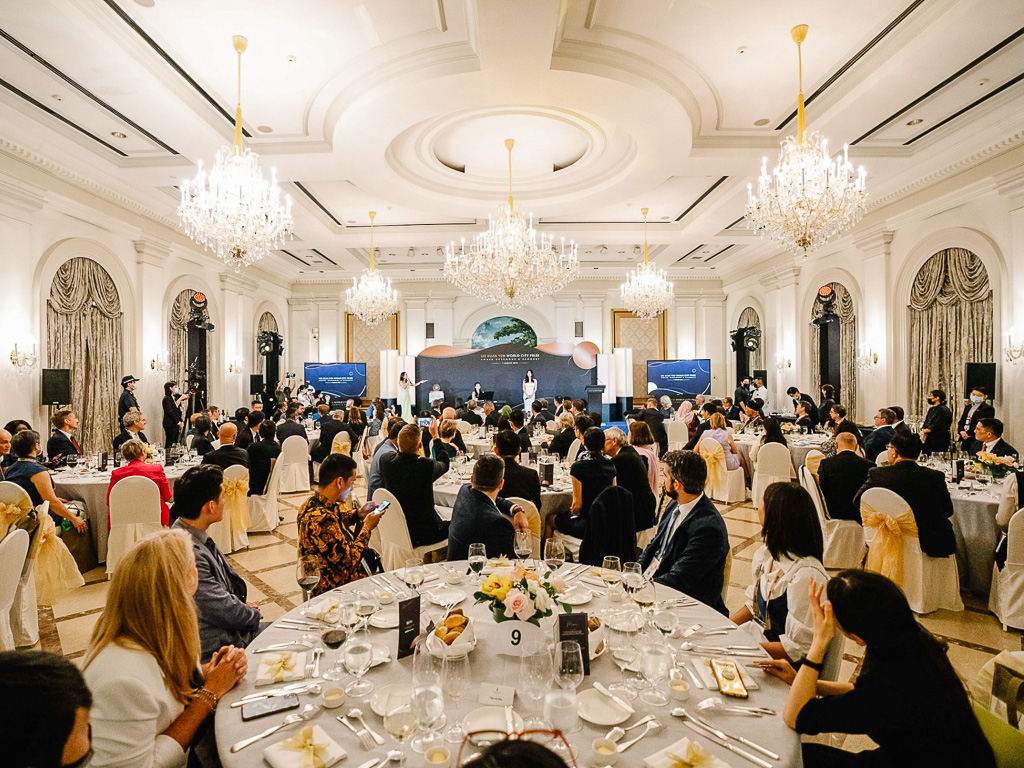 The banquet hall at the Istana © Urban Redevelopment Authority Singapore 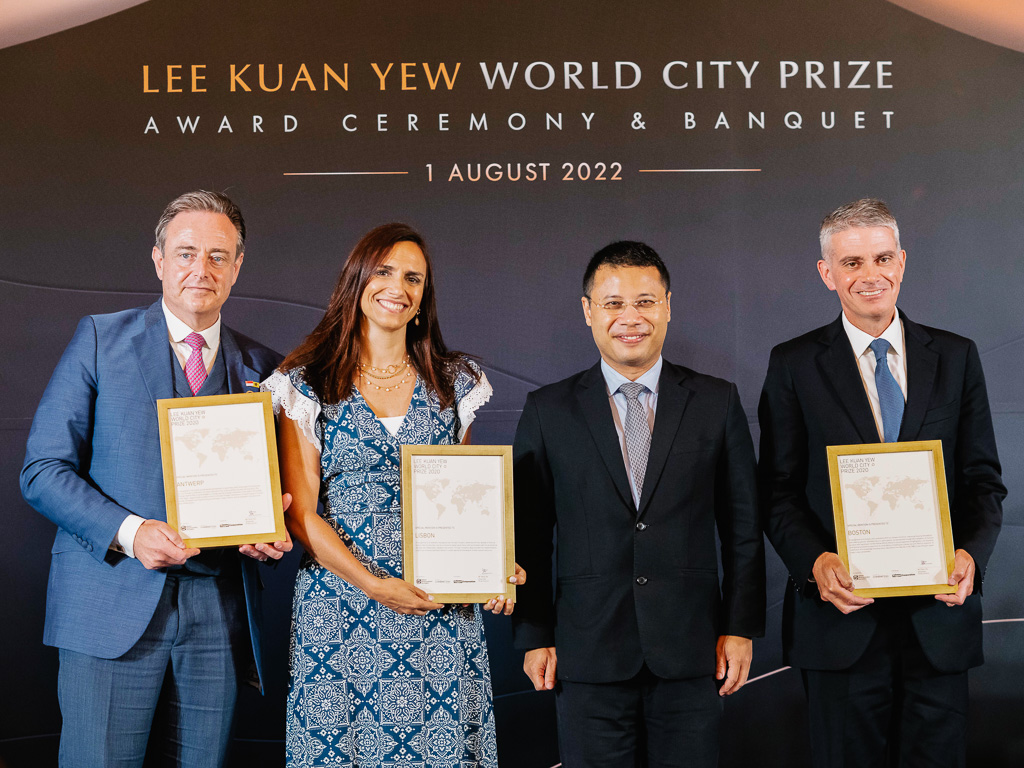 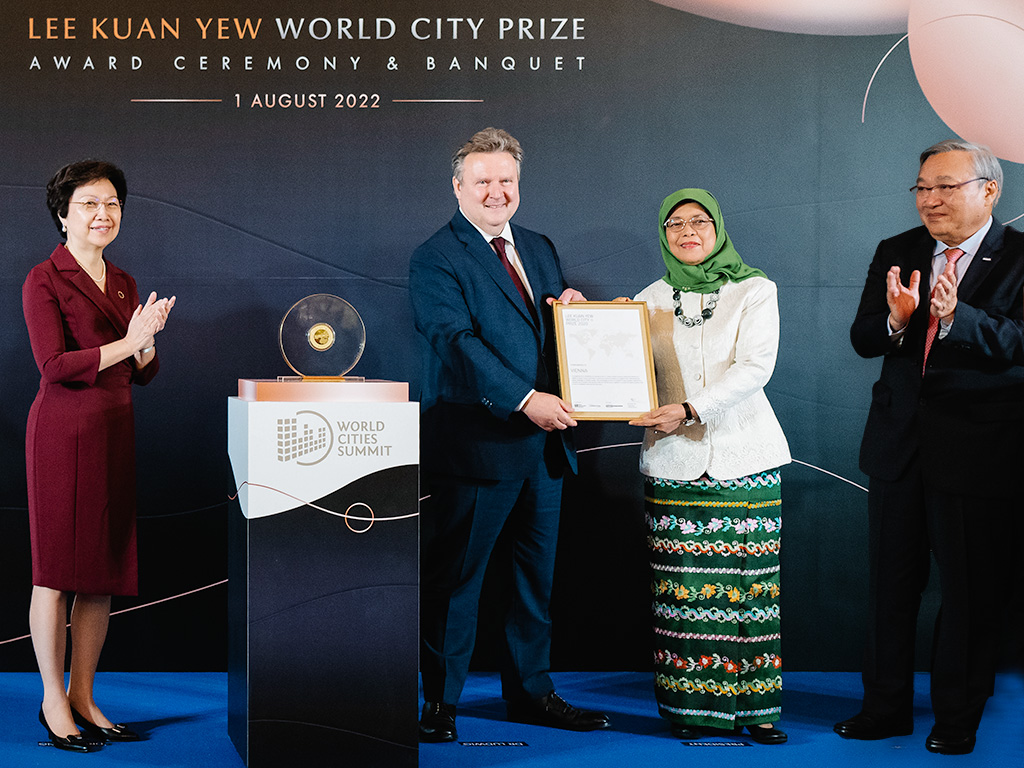 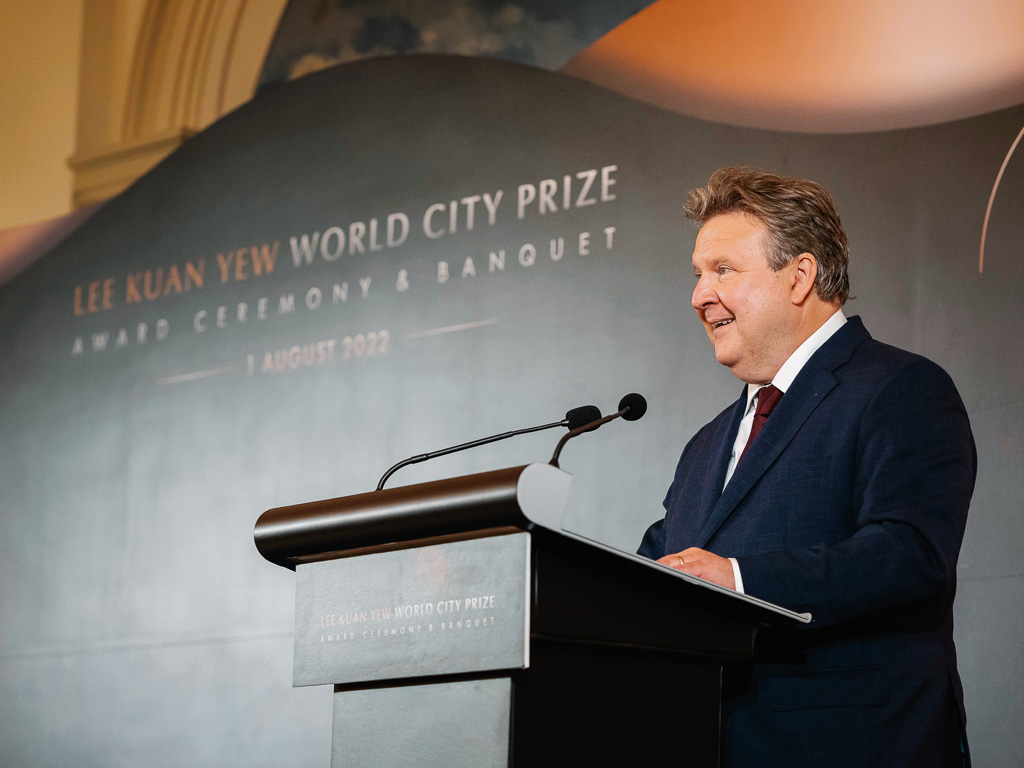 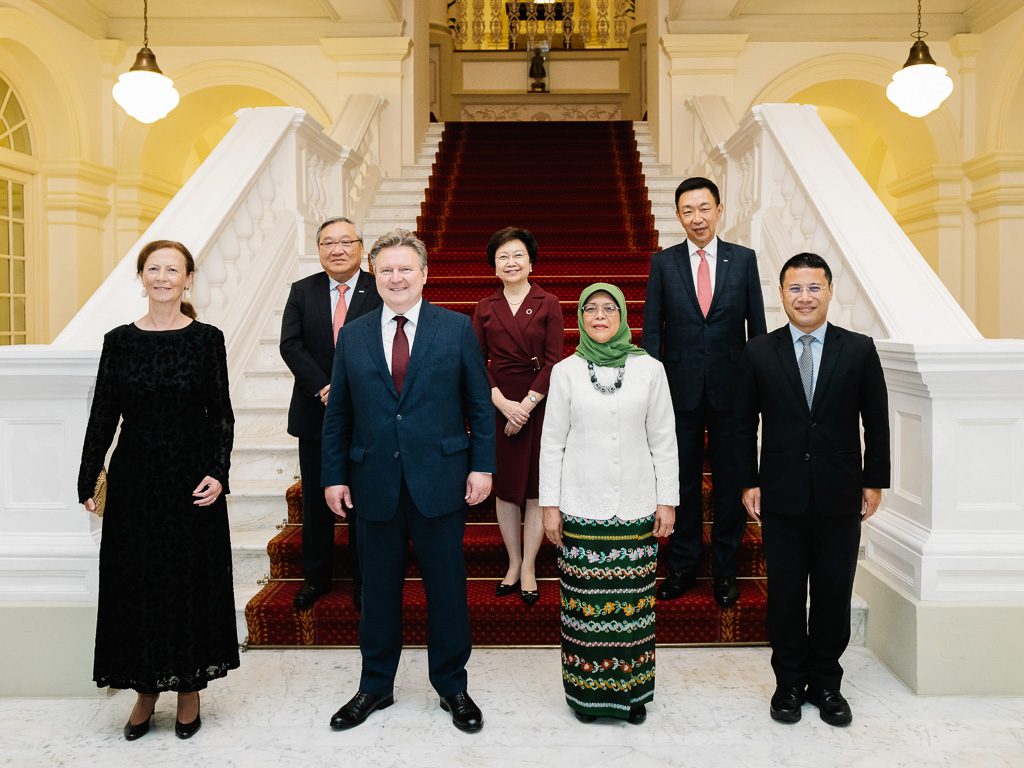