Lisbon is recognised for its dramatic resurgence over the past ten years, achieving significant results and becoming an attractive city despite limited resources.1 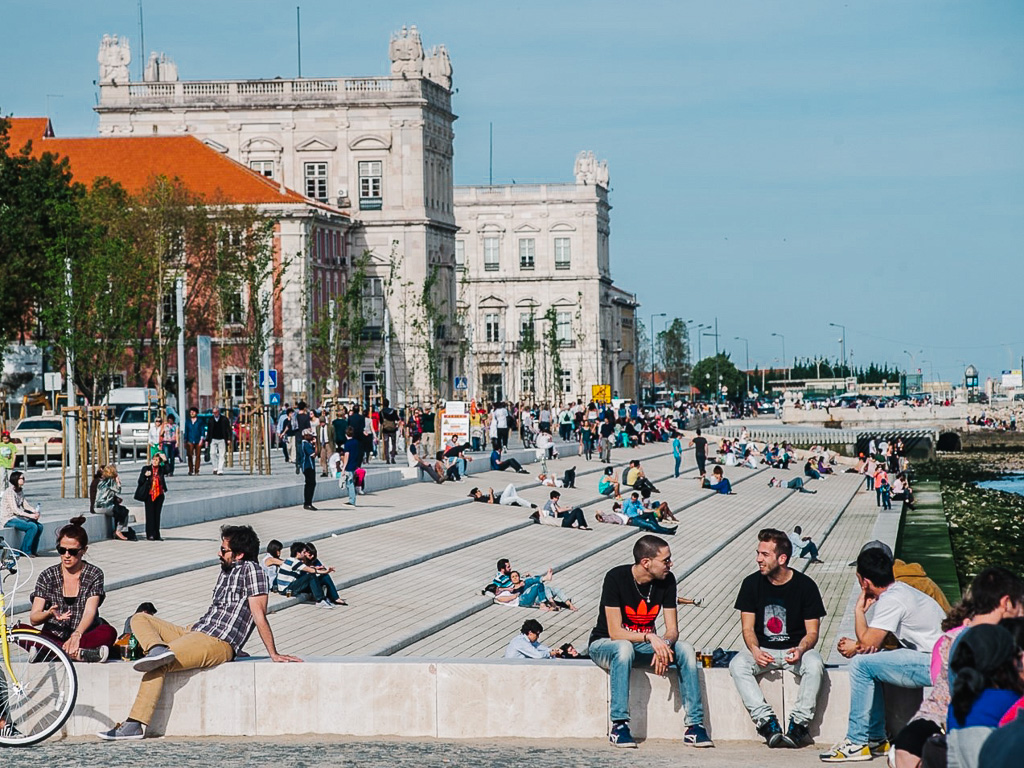 LISBON is recognised for its dramatic resurgence over the past ten years. Suffering from a two-decade financial turmoil, the city took the crisis as a chance for better governance and transformed itself into an attractive city with new investments, residents, and visitors. Through innovative ideas and effective implementation, Lisbon has achieved significant results in a short period of time despite limited financial resources.

The city develops various innovative schemes to collaborate with private sector investment to meet its strategic objectives. For example, the city offers incentives to developers to operate affordable homes for a growing population under the Affordable Rent Programme, and floor area bonuses to private landowners to achieve conservation objectives and recover former parking spaces at prime locations. The latter helps to preserve the city’s historic character and create a more pedestrian-friendly urban environment and vibrant public spaces.

Lisbon is highly commended for its strategic urban interventions and mobility measures leading to significant physical transformation and improved public realm experiences. There are many catalytic projects implemented along the riverfront, such as the new Cruise Terminal, pedestrianisation of a major arterial road along the waterfront, and removal of a surface carpark at the waterfront into the extremely popular Comercio Square. These projects helped to stitch the city core back to the river and created an attractive recreational corridor that continues to catalyse improvement and rejuvenation works along the waterfront.

The thoughtful and integrated approach of opening up new areas enabled the city to grow while preserving its historic core. The Beato Creative Hub will transform a disused military complex into a new start-up facility to foster entrepreneurship, while the conversion of underutilised spaces into new community nodes under the ‘A Square in Each Neighbourhood’ initiative encouraged people to step out of their homes, especially the elderly and handicapped. The Lisbon Green Corridors that have been progressively realised since 2008 not only helped to connect communities, but also created attractive recreational areas, cycling pathways, and much needed green spaces.

The city leaders recognised that for Lisbon to meet its 2050 goal of carbon neutrality, the city must act now. While implementing its long-term transport strategy for a 40 percent increase in regional public transport network, smaller but impactful measures such as the introduction of €40 monthly metropolitan pass, improvement of pedestrian connectivity, and regular road closures make it possible for the people to start adopting more sustainable modes.

Working with the local community also helps the city do more with less. The Participatory Budget initiative allocates five percent of the municipal budget to citizens’ proposed projects, allowing the city to be responsive to citizens’ needs while maximising its limited resources to projects that matter most. An excellent use of this fund was to rejuvenate the once-stigmatised Mouraria Quarter and turn it around from a dangerous area of prostitution and drugs into the vibrant and diverse district one experiences today.

Lisbon demonstrates resilience in the face of adversity to overcome limitations by turning crisis into opportunity. Its story of rebound should encourage other cities which find themselves in a similar situation. O