The value of cities

As developing cities move up the economic value chain, they generally see improvements across the board. However, significant challenges remain, while economic success does not necessarily mean liveability. Balancing economy with social and environmental demands is a delicate task. Suzhou exemplifies the journey developing cities must make. 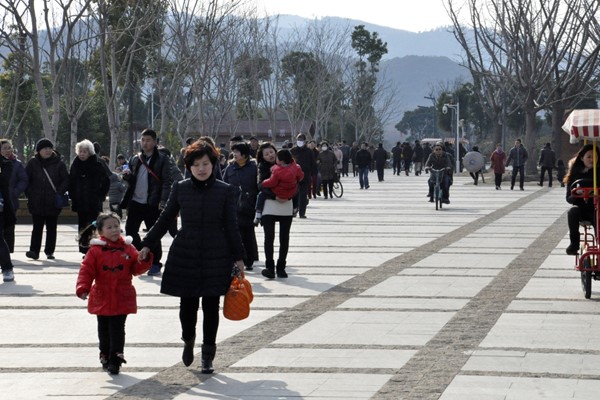 Cities are the drivers of national economies. They house workforces and act as centres of international trade and investment. How a city develops socially, economically and environmentally dictates the advancement of nations and their citizens.

Throughout the developing world, many cities are characterised by agrarian and low-value manufacturing economies, where the need for skilled labour and sophisticated infrastructure is minimal. Civic leaders, however, aspire to shift their cities’ industrial bases towards sectors that sit higher in the value chain. For example, producing specialised manufactured goods or supporting professional services both generate significantly more income for businesses, city authorities and residents.

China’s economic story over the last four decades exemplifies this aspiration. During the latter quarter of the 20th century, the Chinese economy operated a simplistic yet highly effective model. China harvested locally produced commodities or imported them from elsewhere, and transformed them into low-value manufactured goods, such as foodstuffs, fabricated metals or textiles. Between 1980 and 2010, China’s GDP grew at an average of 10 percent annually, as high infrastructure spend, coupled with a population of more than one billion, contributed to China becoming the world’s fastest growing economy.

A low-cost, yet literate workforce and pro-foreign investment policies attracted an array of multinational corporations, who saw Chinese cities as an attractive location within which to base their regional operations. Today, however, the Chinese leadership is purposefully shifting China’s economic base from low-value industries towards higher value sectors and services – particularly in its eastern provinces’ tier-one and tier-two cities.

“China is going through an unprecedented transformation, with a greater focus on moving up the value chain in terms of productivity and labour input. The country is moving in this direction, with a key focus on qualitative growth versus quantitative growth of the past,” remarks Mr Aaron Lo, Partner at KPMG China in the firm’s 2014 Global Manufacturing Outlook.

“Our view is that we will see significant investment in high-value manufacturing for traditional industries and for government-backed investments in advanced technology industries.”

“China is going through an unprecedented transformation, with a greater focus on moving up the value chain in terms of productivity and labour input.”

China and many other developing nations are investing heavily to move their cities up the value chain. The benefits of becoming a high-value city are manifold. Workforces become better educated; investment in infrastructure, science, and research and development increases; social services grow; and recreational activities and cultural places of interest flourish. Also, technological advancements in energy efficiency and smart transportation networks create less pollution and enable people and goods to move from one place to another with ease.

However, becoming a high-value city is more than merely achieving economic prosperity. “A city is not made of bricks and mortar alone. The quality of its people and their achievements are just as important,” notes Dr Liu Thai Ker, then-member of the Lee Kuan Yew World City Prize Nominating Committee.

“There are many other considerations that operate below the surface, unseen and often unknown to most people. For example, comprehensive infrastructure planning, protection of nature and ecologically sensitive areas, and energy conservation strategies and policies.”

The challenge and value of transformation

The transformation from low-value industrial hub to one characterised by housing services and technology-driven enterprises is highly challenging for businesses and state authorities alike. Globally, very few cities have been able to make this change successfully.

In theory, cities that house high-value economic sectors should embrace social welfare and environmental stewardship, but this is not always the case. Challenges invariably remain. For example, many economically developing cites often struggle to accommodate the migrant workers they attract. Similarly, city authorities can be tempted by investment-driven initiatives that compromise the natural environment or overlook social interests. This can result in a city’s liveability and environmental quality deteriorating in the bid to become high-value.

Conversely, housing low-value industries does not automatically decrease a city’s liveability. Prior to attracting higher-value industries, Lee Kuan Yew World City Prize Special Mentions, Ahmedabad in India and Medellín in Colombia both elevated the quality of living for their citizens through innovative urban planning.

“No matter how backward a city is, as long as its top leaders are committed to improving the city to better standards and learning the sound values of urban development, it is a good start. This needs to be complemented by an enlightened administrative system in which the leaders focus mainly on important policy decisions, and the planners must be given ample freedom and creative space to carry out their work,” says Dr Liu. 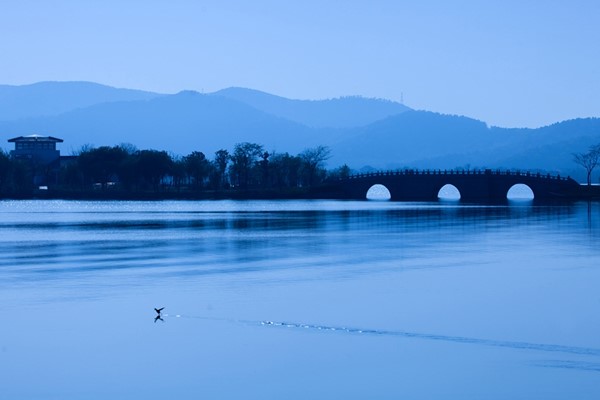 While there are no templates for success, the city of Suzhou’s vision to both house high-value industries and provide a highly liveable environment for its residents is exemplary. Its city leaders developed and then meticulously followed the 1996-2010 Master Plan to achieve both traits in less than 20 years.

Speaking at the Media Conference of the announcement of the 2014 Lee Kuan Yew World City Prize Laureate, Mr Xu Ming, then-Vice Mayor of Suzhou, explains the transformation. “For centuries, Suzhou had an agricultural oriented industry. However, with the advent of economic reforms and the opening up of China, the city was transformed from a rural township to an export-orientated economy. This journey continues today, as the city strives to become a centre for high-value, service-orientated industries,” says Mr Xu.

Sound policymaking and balancing economic transformation with cultural preservation was an integral part of Suzhou’s success. According to Mr Xu, it would have been easy for the city’s heritage to be replaced with industrial plants. Instead, a new city centre and four special economic zones were built on the city’s periphery, away from cultural places of interest. Today, a key characteristic of Suzhou is the number and quality of preserved Ming and Qing dynasty architectural and heritage sites.

The city’s leaders also rejected low-value industries and sought innovative, high-value and service-oriented businesses, which are environmentally friendly. Combined with inclusive policies to help integrate migrant workers and efforts to reduce pollution and environmental degradation, this commitment to growth and liveability has seen Suzhou transform into a highly liveable, socially integrated and economically vibrant city.

“For centuries, Suzhou had an agricultural oriented industry. However, with the advent of economic reforms and the opening up of China, the city was transformed from a rural township to an export-orientated economy. This journey continues today, as the city strives to become a centre for high-value, service-orientated industries.”

Suzhou exemplifies the aim of developing cities to become both high-value and highly liveable. Its leaders made the conscious decision to balance economic vibrancy with social equality and environmental preservation more than 20 years ago. Today, the results demonstrate that the concept of sustainable cities can be implemented in the developing, as well as in the developed world.

Cities’ value lies not only in financial prosperity, but also in how they satisfy their resident’s multiple needs and enhance the natural environment. In the long term, Suzhou’s development is one that many cities will aspire to. Says Mr Xu, “Suzhou will continue to encourage innovation and foreign investment; encourage greater rural-urban integration; attract more talent; increase social well-being; and ensure that all of these actions are done in a sustainable manner.” O