Looking east and west — Vienna at the crossroads

Vienna’s progress in environmental stewardship, such as the visionary flood management of the Danube River, has earned it the 2016 Special Mention and the 2020 Prize. We learn from Walter Kling about the experience and the challenges facing this historic yet progressive city that straddles Western and Eastern Europe. 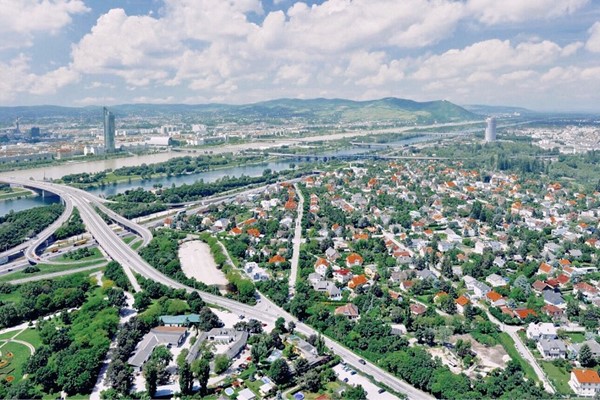 The Danube © City of Vienna

Mention Vienna and the graceful lilt of Johann Strauss Jr’s Blue Danube Waltz comes to mind. Indeed, the Danube, which flows through the capital of Austria, has defined Vienna’s history and landscape for centuries. The river connects the city to the wider European region and also serves as a scenic and historic waterway that attracts both residents and visitors from all over the world.

Many people may be unaware that the Danube had a darker side. Devastating springtime floods once swept through the city, damaging infrastructure and disrupting lives. Dykes and other structures were erected to stem the floods. But as floods grew in severity after the Second World War, the city saw the need for a long-term solution.

“Vienna is still a growing city”, said Walter Kling, Deputy Managing Director of Vienna Water, a municipal department that oversees the city’s water supply and water bodies. The challenge, therefore, was how the city could mitigate flooding and at the same time preserve its greenery and provide recreational spaces for a growing number of residents.

To this end, Vienna embarked on a massive development programme in 1972 to create a bypass channel parallel to the Danube River, which would contain water that would otherwise flood the city.

Named the ‘New Danube’, this channel took nearly 20 years to build and the resulting landfill was used to create Danube Island, a 21-kilometre long island between the New and ‘Old’ Danube. “It changed the city,” Kling declared of the impact of the New Danube and Danube Island. Previously, Vienna could only grow on areas away from the river to avoid flooding; today, the city can expand right along the riverside. “Vienna now has the chance to have a waterfront,” remarked Kling.

The calm shores of the New Danube offer residents a space for swimming, barbeques and other fun activities. Parts of Danube Island are linked to the city centre via bridges and a subway line, making it highly accessible and a popular recreational spot. “There are multiple uses of this island, and it’s very well-received by the public,” noted Kling, who adds that there is even a floating high school located on two conjoined ships moored by the island. The island also hosts the Danube Island Festival, Europe’s biggest annual open air music festival, which first began in 1983 and now draws some 2.5 million people.

Kling also observed that “nature is coming back” at more remote sections of Danube Island, where there are wildlife habitats that can be reached via bicycle paths. Above all, the island and channel have performed their designed roles as flood protection systems. “Over the last 30 years we have not faced flooding in Vienna,” said Kling. “There was flooding upstream and downstream but never in Vienna, and we are confident that this will continue.”

“The New Danube changed the city. Vienna now has the chance to have a waterfront.”

Vienna has long been known as a city of culture that cherishes its heritage; recognising this, UNESCO inscribed its historic centre as a World Heritage Site in 2001 for its ‘urban and architectural qualities’ that illustrate key periods of European cultural development and for being ‘the musical capital of Europe’.

At the same time, the city has also set its sights on environmental leadership and has made considerable progress in this goal. Vienna has set aside 50 percent of municipal land as green spaces, 35 percent as protection zones and 15 percent for species protection. The city has also reduced annual CO2 emissions by as much as 130,000 tonnes through an integrated waste management system that promotes recycling, waste separation and the generation of district heat from waste incineration.

“Developing a model city for the environment is not a task you can fulfil within a short time,” said Kling, adding that it has taken Vienna 20 years to reach its present state. To ensure the long-term sustainability of this effort, the city is placing a strong emphasis on environmental education, especially among youth.

For instance, Ulli Sima, the City Councillor for the Environment, has been at the forefront in reaching out to school children to instil good environmental habits from an early age. “You cannot build an Environmental Model City by just designing it,” noted Kling. “It is the people in the city that makes this happen, and this starts with the young in schools.”

Kling compared Vienna’s environmental journey to a challenging jigsaw puzzle for which one needs to find bits that fit and know how to fit these pieces together. Simply copying other cities would not work. For instance, vertical gardens would not make sense in a city with long, cold winters. Nonetheless, Vienna has found inspiration in other cities such as Singapore. Kling recalled that a key lesson from Singapore was the importance of education and encouraging people to work together to achieve a clean environment. 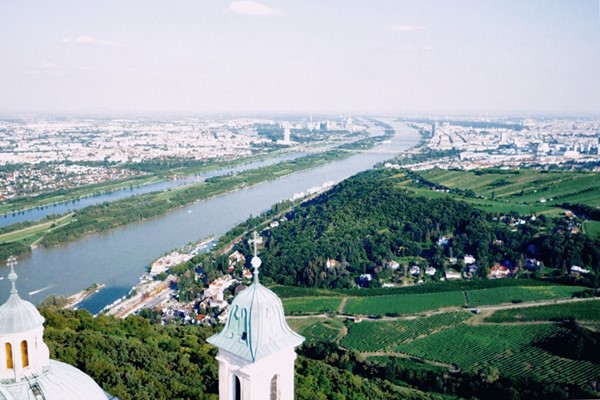 A river that unites a region

As a landlocked country, Vienna has for centuries relied on the Danube River for trade and cultural exchanges with its wider region. The Danube, according to Kling, connects Vienna with nine other nations and 15 major cities. This international dimension has resumed following the fall of the Iron Curtain that divided Western Europe from the former communist Eastern European countries. “The river unites cities,” explained Kling, “We share this river, and when it comes to environmental issues, it is the responsibility of the city that whatever water we use in our city is well-treated before it goes back into the river.”

Thanks to Vienna’s efforts to keep the river clean and unobstructed, the Danube now serves as a convenient link to other cities in the region. According to Kling, a fast ferry now runs between Vienna and Bratislava in Slovakia, some 60 kilometres apart, that is almost as fast as a train ride. “The ride is directly from the city centre, so you can take the boat to Bratislava for lunch and dinner, and go back in the evening,” he said, adding that this service has since become highly popular with residents and tourists.

“We share this river, and when it comes to environmental issues, it is the responsibility of the city that whatever water we use in our city is well-treated before it goes back into the river.”

Looking both East and West

Vienna’s location as a city in the heart of a larger, more open Europe, has proven to be an economic boon. Until the 1990s, Austria formed the eastern frontier of Western Europe. “We felt like the backyard of Europe,” recounted Kling. But when the Iron Curtain fell in 1991, Vienna suddenly found itself in the centre of action and had to orientate itself to both Eastern as well as Western Europe.

This reorientation is perhaps best seen in Vienna’s new Hauptbahnhof or main train station, which was formerly a terminal station where trains could go no further east. “Now we have built a new station that connects trains going as far as Moscow,” said Kling of the new Hauptbahnhof, which opened in 2012 and serves as an international station linking both sides of the continent. In turn, the Hauptbahnhof has stimulated commercial developments in the surrounding district of Favoriten.

“You need to look in both directions: East and West,” remarked Kling of Vienna’s current geopolitical and economic outlook. “We are very well-located – people took the opportunity to live here, and companies set up branches to service other parts of Europe, so suddenly we found ourselves in completely new circumstances with new opportunities and challenges.”

Looking ahead, Kling pointed out that Vienna’s rapid population growth will make it increasingly challenging to maintain its high environmental standards. “We cannot be green and build a lot of new houses,” he said of this dilemma between growth and environmental sustainability. Finding a balance will be one of the city’s “biggest tasks” in the future, and Kling concluded, “This has to be handled in a way where we still keep the outcomes of an Environmental Model City.” O