Many large cities face the challenge of attracting workers and residents to their core. But for Toronto, the revitalisation of an industrial port land into a vibrant waterfront has turned its downtown into a dynamic and fast-growing area for homes and businesses. Christopher Glaisek of Waterfront Toronto shares the story of one of North America’s fastest growing cities.

Cities mentioned in this article:
Toronto 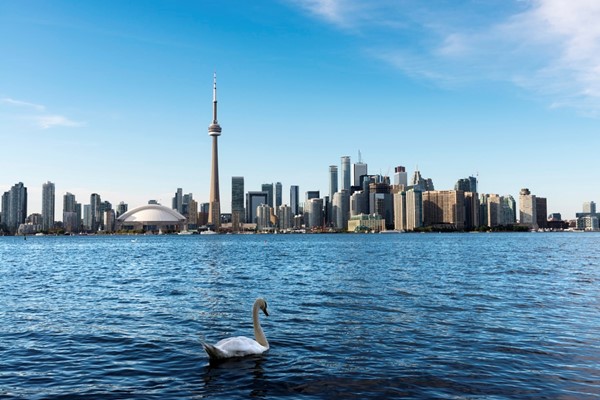 In 2000, Toronto made a bid to host the 2008 Summer Olympic Games. In the final tally, Canada’s largest city emerged as runner-up to Beijing when the International Olympic Committee voted on 13 July 2001. But Toronto’s loss was by no means a failure. Instead, it catalysed a long-term redevelopment of the city’s waterfront into a new downtown district that is dense, liveable and dynamic – an achievement that helped Toronto earn a Special Mention in the Lee Kuan Yew World City Prize 2016.

Toronto’s waterfront, which faces Lake Ontario, may be the city’s newest showcase, but the area’s origins go back to more than a century. According to Christopher Glaisek, Vice-President of Planning and Design at Waterfront Toronto – an organisation set up by the city to oversee, lead and implement the waterfront’s renewal - the city’s shoreline once formed the largest marsh on North America’s five Great Lakes. “In the early 20th century, Toronto had big ambitions to become a huge industrial port, so they did a tremendous amount of landfilling,” he explained. The marsh was filled in but industry failed to take off, and Toronto was left with some 800 hectares of lakeside land that was little used and neglected.

Cue the Olympics bid. If its bid to host the 2008 Games had been successful, Toronto had intended use the waterfront as an athletes’ village to host the visiting Olympics teams. Despite its loss of the bid, the city decided to press ahead with plans to revitalise the waterfront. To this end, a new public master planning agency, Waterfront Toronto, was established with the mandate of turning the former port lands into an attractive and sustainable area for mixed-use communities with ample parks and public spaces.

Transforming Toronto’s waterfront has proven to be a monumental task. For one, the very foundations of the area had to be first secured. Glaisek explained that a massive clean-up was needed as the landfill had consisted of dirty and contaminated soil. Extensive piling was also required to reach the bedrock beneath the landfill before further building could be done. “That part of the waterfront is also in a flood zone,” added Glaisek, “so the Don River (which flows through the old port lands) needed to be flood-protected, otherwise these lands will end up underwater in a big storm.”

“We have a huge group of citizens who believe in the plan and are going to come out and defend this plan – they give us a mandate, they give us power.”

Getting public feedback and support

Waterfront Toronto oversees one of the largest infrastructure projects in North America as well as one of the world’s largest waterfront redevelopment initiatives. But for all its scale, public consultation forms a key part of its mission. Glaisek shared that some earlier development efforts on the waterfront had been done very badly and resulted in public outcries and halted further waterfront development. “So when [Waterfront Toronto was] created, one of our mandates was to engage the public so the city would never face that problem again,” he said.

For Waterfront Toronto, public engagement involves “lots and lots of public consultation” but Glaisek took pains to stress that this is not a one-way process. “We bring plans and ideas to the public, but we don’t say, ‘this is what are doing and we hope you like it,’” he said. Instead, the agency actively seeks public responses and incorporates this feedback into its plans. “Sometimes we change our plans very significantly in response to what we have heard,” revealed Glaisek. “And the benefit of that is that by the end of the process, we usually have buy-in from the community – they believe in the projects we are doing and they want to see the projects succeed.”

This process may be painstaking and time-consuming, but Glaisek argued that the consensus and trust achieved can turn the community into partners and champions. “You may not get every single person to agree, but you get a broad consensus that says ‘yes, this is what we want’”, he stated, adding that should anything threaten to scuttle a project, “we have a huge group of citizens who believe in the plan and are going to come out and defend this plan – they give us a mandate, they give us power.”

One takeaway of the public sessions is that Torontonians love good design. “If you show them boring plans, a park that’s just a lawn and some trees, they say ‘that’s not good enough,’” remarked Glaisek. This finding has empowered Waterfront Toronto “to bring a higher quality of architecture and landscape architecture, because the public wants that.” World-class designers have since created iconic structures such as the Rees, Simcoe and Spadina Wavedecks that allow the public to enjoy the scenic shoreline at close quarters. The Simcoe Wavedeck, which boasts an amphitheatre-style space with soaring curves above Lake Ontario, “has become a landscape landmark in the city and was the product of a design competition,” said Glaisek. “It’s a public space that’s occupied 24/7 – had we built a flat deck, it would not have been the success that it has become.” 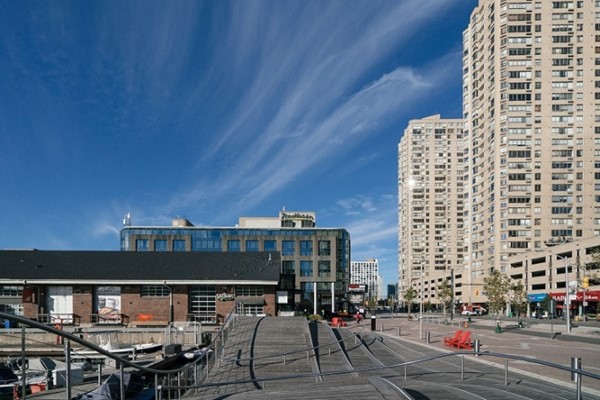 Toronto employs good urban design in its Waterfront rejuvenation project, such as the Simcoe Wavedeck pictured above, to attract both business and residents back to the city centre © Urban Redevelopment Authority Singapore

Parks and other public spaces such as sporting fields and beaches are also integral to making the waterfront area liveable, accounting for some 300 hectares of the total area. But Glaisek explained that in the case of the mouth of the Don River, this element has been combined with flood protection. During the early 20th century, the river had been converted into a concrete channel, but this unnatural waterway could no longer handle rising levels of springtime floodwaters. “We need to flood-protect the river, but we also wanted to naturalise it,” said Glaisek, who added that many citizens also wanted to restore the river mouth into a natural wetland habitat reminiscent of the marshes that once lined Toronto’s shoreline.

This has entailed shifting the entire river mouth away from a narrow built-up area into a spacious floodplain with two relief points that can accommodate storm surges. The new, meandering Lower Don River will flow through an 8-hectare park that serves as a centrepiece of a mixed-use neighbourhood.

“More and more people, especially the young, are moving back downtown, and employers are wanting to be where these workers are.”

On the social front, Waterfront Toronto has also benefited from the desire of Torontonians to live and work downtown. “More and more people, especially the young, are moving back downtown,” observed Glaisek, “and employers are wanting to be where these workers are.” It is no surprise that new offices are sprouting up on the waterfront, defying earlier naysayers, and the city maintains a vibrancy from its residents and businesses. “We don’t have a business district that’s dead at night,” noted Glaisek. “It’s always had people living there, it’s always had vibrancy and that makes it an attractive place.”

Waterfront Toronto is slated to have 40,000 residential units and Glaisek highlighted the inclusivity of the area’s housing policy. “20 percent of all residential units on the waterfront must be affordable housing,” he said, stressing that these residences must be of excellent design and support social cohesion in their communities. To aid integration and connectivity, the waterfront will also see a new streetcar (tram) route, Toronto’s first new transit line in 15 years , as well as one of the North America’s first ultra-broadband networks to provide speed and bandwidth required by the digital media, film production, education and communications technology sectors.

The waterfront’s revitalisation is helping to reinforce Toronto’s parallel achievements in urban integration. Glaisek describes Toronto as perhaps “the most diverse city in the world”, with more than 230 ethnic groups and nearly half the population speaking a mother tongue that is neither English nor French. Social infrastructure such as the public library system which provides information, community spaces and multilingual helpdesks have been vital to helping new residents feel at home. Toronto has already surpassed Chicago to become the third largest city in North America (excluding Mexico) and given current rates of immigration, Glaisek expects to surpass Los Angeles in another decade.

For Waterfront Toronto, the work is far from over, as the agency’s remit spans 25 years and the waterfront’s transformation will involve some $30 billion of public and private investments. But Glaisek strikes an optimistic note on Toronto’s prospect and progress. “We are a very liveable city, we have a terrific social service network, a fabulous public school system and a universal healthcare system, and we have a very open and accepting culture, which is partly why we have become such a diverse city,” he said. “So I think Toronto’s got a lot of fantastic assets that are going to help it grow in the future.” O