Medellín, the 2016 Prize Laureate has transformed itself through innovative urban solutions that are now reaping economic growth, investments and innovation. We look at the challenges and path ahead for a city that is aiming to become Latin America’s capital of innovation. 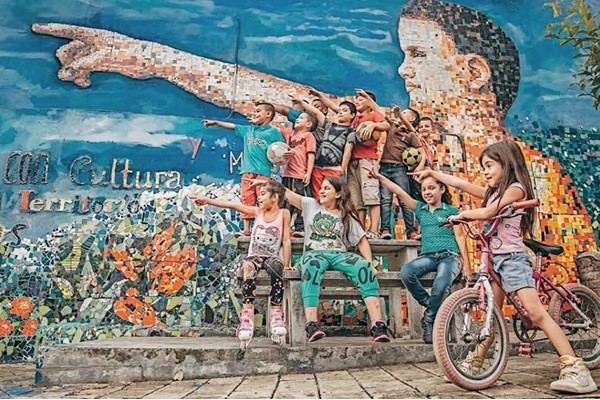 The transformation of Medellín, as summed up by then-Mayor Federico Gutiérrez, has been sustained by the very people who are now reaping the benefits of its urban renewal. From a place that was regarded as one of the most violent cities on the planet in 1991, Medellín has emerged from the ashes to become, in Gutiérrez’s words, “one of the most innovative cities in the world” and the 2016 Prize Laureate of the Lee Kuan Yew World City Prize.

According to Gutiérrez, the successful transformation of Colombia’s second largest city was the result of two important factors: the long-term efforts of good and successive governments as well as a close working partnership among the public sector, private sector, universities and civil society. He elaborates, “We are all working together to build a city in which legality is very important, in which citizen culture plays a fundamental role and in which we will continue to advance in terms of social equity.”

Medellín’s remarkable progress in urban innovation has earned it broad acclaim in the past decade. Its inclusive urban transformation garnered the Curry Stone Design Prize for humanitarian design in 2009, and in 2013, Medellin was named ‘Innovative City of the Year’ by the Urban Land Institute, Wall Street Journal and Citi Group. Nonetheless, Gutiérrez took pains to stress that there is still “a long way to go” and that Medellín “still faces many challenges.” Good governance, he believes, will be vital to tackling challenges on the ground such as petty corruption, which he describes as “the most expensive tax paid by the poorest” people of the city.

Security is another perennial issue, given Medellín’s former reputation as a stronghold for drug cartels and battleground in Colombia’s decades-long guerrilla conflict, which finally ended with a historic ceasefire on 29 August 2016. “We must de-ideologise debates,” says Gutiérrez of the need to put ideology aside to ensure that Medellín is a safe place for residents, visitors and investors. “Security is not leftwing or rightwing,” he stresses, “Security is a right and must be guaranteed.” 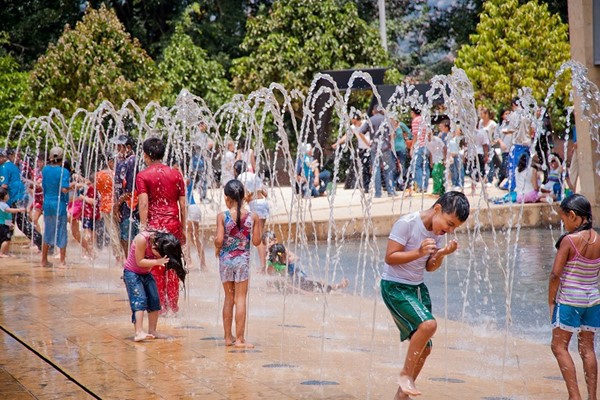 Certainly, safer neighbourhoods in Medellín today are giving peace of mind to both residents as well as investors. Free from the old climate of fear, the city is now reclaiming its historic role as a manufacturing centre in the Colombian state of Antioquia. According to Sergio Escobar, then-Executive Director of ACI Medellín1, Medellín is now on the road to becoming one of the ‘most innovative and technology driven’ cities in the Latin American region.

“We are Latin American but we are also Pacific,” remarks Escobar, who noted that Medellín’s proximity to the Atlantic as well as Pacific Oceans offers opportunities to reach and connect with two vast trading regions. The city itself is a significant and growing market for investment; it accounted for 7.9 percent of Colombia’s GDP in 2014, per capita GDP has been growing at 4.3 percent annually, and the Brooklyn Institute rated it as the city with the best economic performance per capita in Latin America in 2014. Escobar also drew attention to the trend of the past 15 years, in which Medellín’s annual GDP growth of about 4.4 percent has outpaced both Colombia as a whole (3.9 percent) and Latin America on average (3.1 percent).

Escobar points out that apart from manufacturing and industry, Medellín is moving towards becoming ‘a service-oriented city’ in sectors such as film-making, education and digital technology. “We want to make Medellín the best city for education in Colombia,” he says, adding that this entails offering courses in languages such as Korean, Mandarin and Japanese, which would help open doors to new and important markets.

Technology is expected to be a major driver for Medellín’s future development. Medellín is the only city in Colombia to have a Plan for Science, Technology and Innovation, which aims to make it Latin America’s capital of innovation by 2021. One key thrust of this plan, is a smart district called Medellínnovation. Located in the northern part of the city, Medellínnovation is a cluster of neighbourhoods where entrepreneurs and their families can live and work in the midst of major research institutions, firms at the forefront of infocomm technology and biomedical research, as well as a stimulating environment of parks and public spaces.

Linking people to help them level up 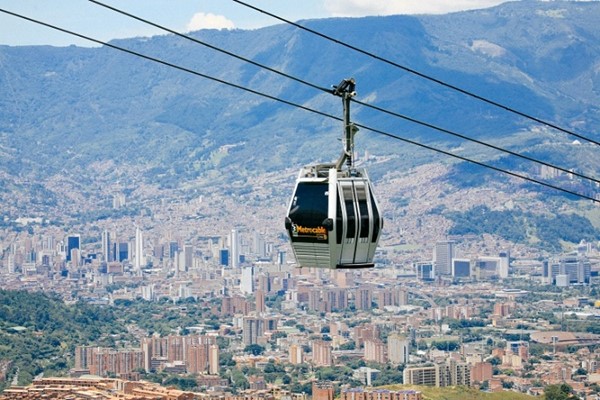 Apart from safe streets and the vision of a knowledge economy, Medellín’s revival also stems from its investments in public spaces and accessibility. For Gutiérrez, affordable transport, especially for isolated communities, is a crucial pillar of Medellín’s drive towards economic equity. “If there is something that generates a social gap in Latin America, it is the way we move,” he observes. “Those who pay the most and spend the most time to move around the city are the poor.”

Hence, the city has made strides in forging an integrated transportation network. Its unique MetroCable cable car system offers convenient links to a 42-kilometre Metro urban train line and downtown Ayacucho Tramline that opened in 2015. Thousands of residents of hillside barrios (neighbourhoods) now have a fast and affordable means of working or studying in other parts of the city. Medellín’s efforts to place public transport at the forefront has also generated other positive externalities: by restricting private vehicular usage, residents can enjoy lower carbon dioxide emissions, better air quality and room for more green and open spaces.

Gutiérrez also points out that in decisions such as urban investments, the city’s leaders have made local communities, rather than political considerations, their priority. “We understand that the social map is more important than the political map; that is, resources are invested where they are needed, not where the votes are,” he says, “This is how Medellín is advancing.”

“We have shown the world how, after having lived through the worst as a society, we can move forward as a society.”

A Prize for the people

Above all, Gutiérrez took pains to highlight the role that Medellín’s citizens have played in its transformation. “The Prize is not for me the Mayor, nor for the previous Mayors, the Prize is for the citizens, each of the two and a half million inhabitants of Medellín,” he declares. “The best of Medellín is its people – we are a resilient society, we have a great sense of belonging and that is what characterises us.”

Looking ahead, Gutiérrez expressed his hope that the worldwide recognition resulting from the Prize will help to motivate the people of Medellín to greater heights. “We will continue to work together and the Prize is one reason to take pride and keep doing things right,” he says. Medellín’s story, he added, could also help to give hope to other cities in Latin America, many of which face similar challenges. “We have shown the world how, after having lived through the worst as a society, we can move forward as a society,” he states. Medellín, he notes, does not have a ‘magic formula’ and each city must find its own solution. “But if in some ways the case of Medellín can inspire other cities,” he says, “We are always ready to share and to learn from them too.” O