In New York City - the 2012 Prize Laureate, emerging technologies and trends such as digitalisation is helping the city execute an ambitious vision to adapt and grow sustainably to the year 2050 and beyond. 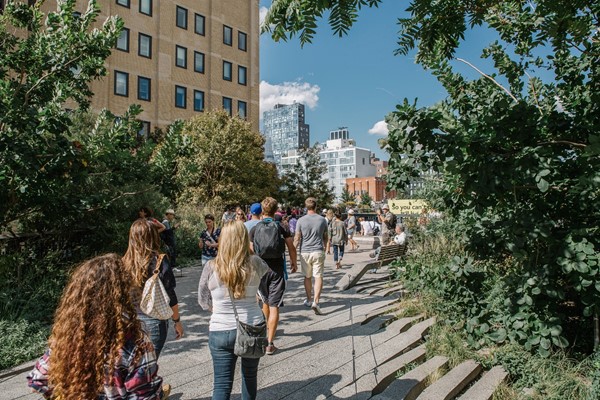 Few cities have been as consistently visionary as New York City (NYC) in the United States. In the early 1800s, the city’s urban planners designed a street grid that would accommodate homes and businesses for one million residents when its population was just 100,000 people. After the city’s devastating experience in 2001, its government responded by not only rebuilding the damaged areas but also unveiling an ambitious new plan, called PlaNYC, in 2007 to make it an even greener and greater hub of the world.

Under the plan, the city planted one million more trees to reduce its ambient temperature and slash its greenhouse gas emissions, converted disused and dilapidated sites such as the Hudson Yards and Greenpoint-Williamsburg waterfront into residential and commercial districts, and upgraded its energy infrastructure, including its power plants. In 2012, these and other efforts and achievements earned the city the Lee Kuan Yew World City Prize.

The Prize jury noted that the government had integrated land use planning, transportation investment, environmental stewardship and other disciplines to guide the city’s sustainable development to 2030. The authorities’ efforts also addressed how the city would cater for an additional one million residents, renew its ageing physical infrastructure and mitigate climate change and its impact. “The city’s transformation serves as an inspiring model for other mature, high-density global cities and offers many innovative and replicable solutions for cities around the world,” said the jury.

Since then, the city has gone further to take advantage of emerging technologies and trends, such as the digitalisation of industries, and to limit their potential side effects, such as growing income inequality. In 2015, then-Mayor Bill de Blasio introduced the One NYC 2050 plan, which builds on PlaNYC to shape the city up to 2050. He said: “We are pushing ourselves to fight global warming on every front, achieve equity, and build a city where everyone is welcomed in civic life. New York has been a beacon to the world, and we hope this plan will serve as an antidote to the challenges facing our city, our nation and the globe.”

“We are pushing ourselves to fight global warming on every front, achieve equity, and build a city where everyone is welcomed in civic life. New York has been a beacon to the world, and we hope this plan will serve as an antidote to the challenges facing our city, our nation and the globe.”

Over the past four years, the government has worked with private partners to boost the resilience of the city’s power and water supply in the face of intensifying storms, and their methods could be useful for other cities facing similar weather changes.

Consolidated Edison, the largest of New York’s six electric utilities, spent US$1 billion to upgrade its power infrastructure, including by installing stronger, tree-branch-resistant aerial cables and utility poles that can withstand wind speeds of up to 110 miles per hour (177 kilometres per hour). It also redesigned the power lines so that they detach from the poles more easily when heavy tree limbs fall on them, to prevent damage to the poles and enable faster restoration of power after storms.

The company also reconfigured its underground networks to minimise outages during floods. It divided two especially vulnerable networks, in Lower Manhattan’s Fulton and Bowling Green, into smaller networks, and installed isolation switches in others so that it can disconnect equipment that may endanger the electric grid if flooded. It expects these and other measures to shrink the extent of outages by 15 to 20 percent during major storms.

The government is also investing nearly US$900 million over the next decade in bio-swales, wetlands, green roofs, permeable pavements and other green and rainwater-collecting infrastructure. These will help it to make use of the deluges to increase its water supply. In addition, it is upgrading the city’s century-old Ashokan Reservoir – which stores rainwater and melting snow to supply about 40 percent of the city’s drinking water needs – so that the facility can continue to serve future generations of residents.

Beyond safeguarding the power and water supply, the government has embarked on innovative projects to defend the districts close to the city’s southern coastline against a projected sea level rise of more than six feet (1.8 metres) by 2100. By then, storm surges could damage nearly half of the properties in Lower Manhattan, and one in five streets in the area would be exposed to daily tidal inundation.

The government is tailoring its anti-flood measures to individual areas, an approach that could help other cities. In the Two Bridges residential neighbourhood, it will build flood walls and underground flip-up barriers that are hidden until they are deployed. In Battery Park, it will elevate the waterfront esplanade and integrate a grassy berm to maintain the park’s look while improving its flood resilience. In the highly built-up Seaport and Financial District, where there is little space for land-based measures, it will extend the shoreline into the river and create a barrier of land higher than the current coast.

Crafting a city for all 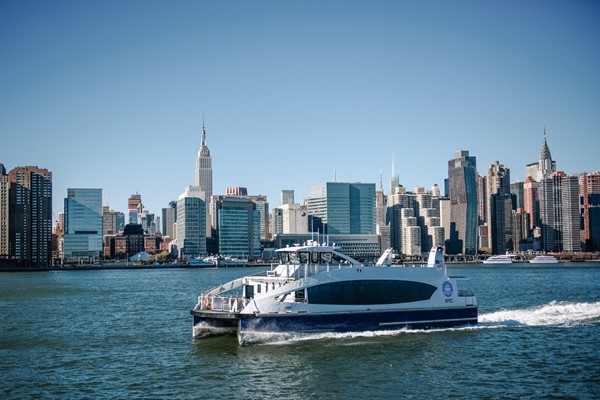 While these initiatives will maximise the city’s odds of surviving catastrophic events in the future, others are aimed at ensuring that it thrives too.

The government has implemented measures to keep the city affordable and offer all residents a high quality of life. Apart from constructing homes for lower-income households, it has introduced regulations such as Mandatory Inclusionary Housing (MIH), which requires property firms to provide a substantial proportion of affordable accommodation if they build in areas rezoned for housing development.

Several easily-replicable programmes also help vulnerable groups such as the elderly and low-income families with housing needs. Under the Seniors First programme, the government conserves the city’s affordable senior-friendly homes and builds new ones on underused sites, and modifies homes to make them more suitable for the elderly. The Open Door programme finances the construction of co-ops and condominiums that are marketed to lower-income families buying their first home, and the Home Fix programme helps low-and-moderate income homeowners pay for home repairs. As of March 2019, the government has built and preserved 123,466 affordable homes, and is on track to have 300,000 such homes by 2026.

Significant investments in public transportation have also created a more environmentally-friendly and equitable transport system. Since the NYC Ferry was launched in 2017, it has served about eight million customers across its existing six routes. The government will complete five more routes by 2021 to serve all five of the city’s boroughs, and will spend US$12 million to build a new home port for the vessels, US$94 million for additional ferries, and US$45 million for the ferry landings’ capital infrastructure needs. “The ferry service relieves the impact on other public transit and provides new options for neighbourhoods in transit deserts. We also matched the metro system’s pricing at US$2.75 per ride to create equity for all riders,” it said.

Furthermore, an ongoing, ‘once-in-a-century’ project will change the city for the better. The government is planning to create a sprawling new neighbourhood on top of a 180-acre (730,000-square-metre) railyard called the Sunnyside Yard in the Queens borough. The site is significantly larger than other major development sites in the city’s history, and with land becoming increasingly scarce, “it is one of our last great opportunities to solve many challenges in one place”, it said.

A 2017 feasibility study found that it would be possible to build a deck over most of the railyard, and proposed three different uses of the new land. These included a “mostly residential” option that would have up to 24,000 homes, 19 schools and 52 acres (210,000 square metres) of open space. Nearly a third of the homes would be affordable ones according to the MIH guidelines. The government is now working with railway operator Amtrak, which owns most of the site’s land, and other partners to solicit ideas and feedback from residents and other stakeholders to create a masterplan for the site.

“We can secure our city’s future against the challenges of today and tomorrow. With bold actions to confront our climate crisis, achieve equity and strengthen our democracy, we are building a strong and fair city.”

As digital technologies revolutionise industries and become an integral part of education and professional training, the city is also taking steps to ensure that no one is left behind.

Over the past four years, the city has loaned or given away more than 15,000 free connected devices through partnership with libraries and other organisations. It has also worked with a consortium of technology companies to set up nearly 1,800 high-speed public WiFi access points with connected and secure tablets and free device charging. Moreover, public computer centres at over 500 locations collectively offer more than 11,000 free computer workstations and more than 2,500 hours of digital literacy training per week, as well as other digital tools and resources.

In 2019, the city will issue the country’s first Internet Master Plan, detailing the state of the city’s broadband infrastructure, including fixed connections, mobile service, free public WiFi and public computer centres, and establishing clear metrics for what it needs to do to achieve universal, equitable service. The document will also set out measurable benchmarks and strategies specific to every neighbourhood in the city.

Summarising its initiatives, the government noted: “We can secure our city’s future against the challenges of today and tomorrow. With bold actions to confront our climate crisis, achieve equity and strengthen our democracy, we are building a strong and fair city. Join us.” O