By branding itself as a world-class sports capital, Kazan has improved its liveability and life expectancy significantly, and persuaded its youth and families to stay and invest in its future. Here’s a look at how Kazan combined comprehensive infrastructural and social programmes to achieve its impressive turnaround.

Cities mentioned in this article:
Kazan 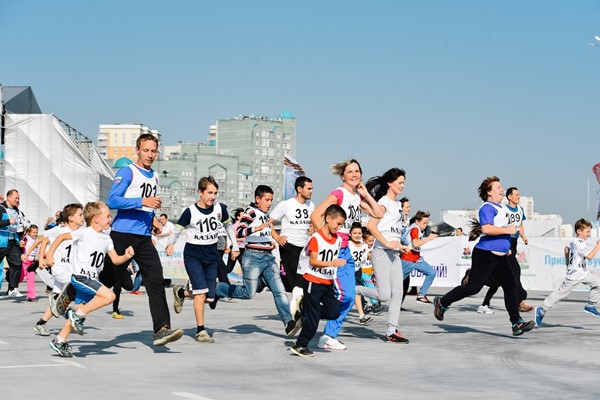 What do the World Cup, World Fencing Championships, FINA World Aquatics Championship and World University Summer Games have in common? Over the past five years, the city of Kazan has hosted all of these elite international sporting events.

In the span of a decade, the city has built hundreds of sports facilities and created social programmes to improve its residents’ health and life expectancy, turning itself into a world-class sports hub in the process. Allied to this push has been investments in schools and child nutrition to give future generations a better start and build on the improvements.

Since Mayor of Kazan Ilsur Metshin took office in 2006 and implemented these and other initiatives, they have produced remarkable results. Citizens’ average life expectancy has increased by 9 years to 73.8 years, while the mortality rate has fallen by 19 percent. In a sign of residents’ newfound confidence in the city’s future, the number of registered marriages has also increased by 1.5 times, and the number of births has risen by more than 2 times.

After Kazan was awarded a Special Mention in 2018 for its achievements, Ms Daria Sannikova, Head of Kazan’s Committee for Tourism Development, said in an interview with Singapore’s Urban Redevelopment Authority of the city’s transformation: “We have gone from being a dying city to being a growing one.”

For many other cities across the world, Kazan’s experience shows a way out of the vicious circle of poor public health and crime, exodus of young people and families, and deteriorating infrastructure that once mired it. Here’s a look at how Kazan remade itself.

“We are proud that Kazan is now referred to as the country’s Sports Capital, but we are even prouder that a healthy lifestyle boom has emerged in the city and being healthy is fashionable.”

The Kazan government’s investments in sports have focused on two objectives: making exercise as convenient and affordable as possible to all residents. To this end, it built not only dozens of new sports centres, but also hundreds of free sports grounds, with easy-to-use equipment such as pull-up bars and parallel bars, in the yards of residential developments.

“These sports grounds have proven to be an effective alternative for people who cannot afford to go to the gym. The number of Kazan citizens who practice outdoor exercises on the pull-up and parallel bars is well into the thousands and growing,” said Ms Sannikova.

The government has also sought to host international sports meets and use them as opportunities to construct more sporting infrastructure. For its successful bid for the 2013 Summer Universiade, also known as the World University Summer Games, it erected 30 sports venues that are still used by about 30,000 citizens regularly.

Still, providing the hardware alone would not have been enough. To motivate all residents to use them frequently, hundreds of competitions have been organised in the city at different expertise and age levels. More than 7,000 children and youth take part in annual hockey and football tournaments, and more than 35,000 people participate in a national event, called the “Spartiakiad”, which involves eight sports: volleyball, badminton, cycling, mini-football, track and field athletic, swimming, skiing and table tennis.

The government has also implemented social initiatives to target two age groups: children, to inculcate a lifelong love of sports, and the elderly, who may need encouragement to keep fit and stay healthy. “As early as kindergarten, children start to attend sports sessions and participate in competitions. The elderly are granted free visits to swimming pools in sports centres,” said Ms Sannikova.

The dual focus on constructing new facilities and nudging residents to use them has paid off handsomely. Between 2006 and 2018, the proportion of citizens who are involved in sports regularly surged from less than 10 percent to 42 percent. Ms Sannikova remarked: “We are proud that Kazan is now referred to as the country’s Sports Capital, but we are even prouder that a healthy lifestyle boom has emerged in the city and being healthy is fashionable.”

The Kazan Arena © City of Kazan

To build on the momentum, Kazan has invested heavily in nutrition programmes and “teenage clubs” to give new generations a better start in life and guide them on their journey to adulthood. The government’s Department of Food and Social Catering provides hot meals to children in school, and part of the municipal budget is used to pay for lunch for schoolchildren from low-income families.

Between 2006 and 2015, the said Department delivered 300 million hot meals to students, 50 million of which were free-of-charge. In 2017, Ms Guzel Ananieva, its director, said in a government meeting: “The needs of growing children are taken into account when developing the menu for kindergartens and schools. Only natural products are used.”

Children, teenagers and young adults under 35 years old can also choose from nearly 60 teenage clubs that offer a range of free activities. The government periodically repairs and upgrades the facilities to incorporate new options to keep the youth’s interest.

In late 2017, for example, the government overhauled one of the clubs, called “Arena”, that previously offered karate, choreography and breakdancing classes. The club now also has the equipment, trainers and space for fencing, taekwondo, rhythmic gymnastics, modern dance, 3D modelling, robotics and intellectual games such as speed-cubing, which involves solving puzzles such as Rubik’s Cubes as quickly as possible.

Mayor Metshin noted in a government meeting in June 2018 that the teenage clubs have helped to curb juvenile delinquency in the city. He said: “All these years, the clubs have pulled young people off the streets. We want them to feel as though they are the owners of the sites, and learn to cherish them.”

“Kazan is often called the place where East meets West, and the union of the two civilisations finds manifestation in the architecture of the buildings and in everyday life.”

A model for diversity

Looking ahead, the Kazan government has several priorities, including improving and expanding the city’s healthcare infrastructure. It has completed works on 90 percent of the facilities designated for repairs, including hospitals, clinics, polyclinics, counselling centres and first-aid stations, and is opening more primary care and paediatrician offices in suburbs and new residential areas.

Since 2010, the government has also planted 200,000 trees, hundreds of thousands of bushes and millions of flowers to green the city, and it intends to do more. “With the support of the Republic of Tatarstan, the federal centre and businesses, we have repaired more than half of the yards in Kazan, and are continuing with this work,” said Ms Sannikova.

Still, amidst the city’s remarkable transformation, one thing has stayed the same: the peaceful co-existence of its diverse population. Kazan now has 115 nationalities, 36 cultural organisations, 80 religious communities and 9,000 foreign students, and its population comprises approximately 50 percent Orthodox Christians and 50 percent Muslims.

While the city has always been diverse, successive governments have put in place policies to preserve the peace and promote dialogue among different groups. With immigration and racial tensions on the rise in many parts of the world, Kazan’s noteworthy religious, cultural and social harmony serves as a model of respect for diversity in societies.

The city has displayed sensitivity to different faiths, restoring or rebuilding three key religious landmarks in the past few decades: the Qolşärif Mosque, Annunciation Cathedral and Great Synagogue. More recently, a new funeral complex is divided almost equally into two cemeteries for Orthodox Christians and Muslims respectively, with a church and a mosque erected in the allocated spaces.

Mayor Metshin’s administration is also overhauling the city’s ‘houses of culture’, partly to spur greater interaction and cooperation among cultural organisations. In April 2018, one of the centres was reopened with a new information centre, waiting areas and a co-working zone for organisations to implement joint projects.

“Kazan is often called the place where East meets West, and the union of the two civilisations finds manifestation in the architecture of the buildings and in everyday life. There is a constant dialogue of cultures and religions. People visit one another’s traditional festivities, and their appreciation does not stop at their own cultures, but extends to those of their neighbours,” said Ms Sannikova.

Looking back at Kazan’s journey, she offered this advice to other, struggling cities: “There have always been and will be difficulties. That is what keeps you alert and looking for the best solutions. The only way to overcome them is through a conscientious search for the best solutions, and partnership with society.” O