Surabaya is recognised for its strong appreciation of culture and taking a bold urban development strategy to preserve and develop its kampung neighbourhoods, while experiencing rapid economic growth. 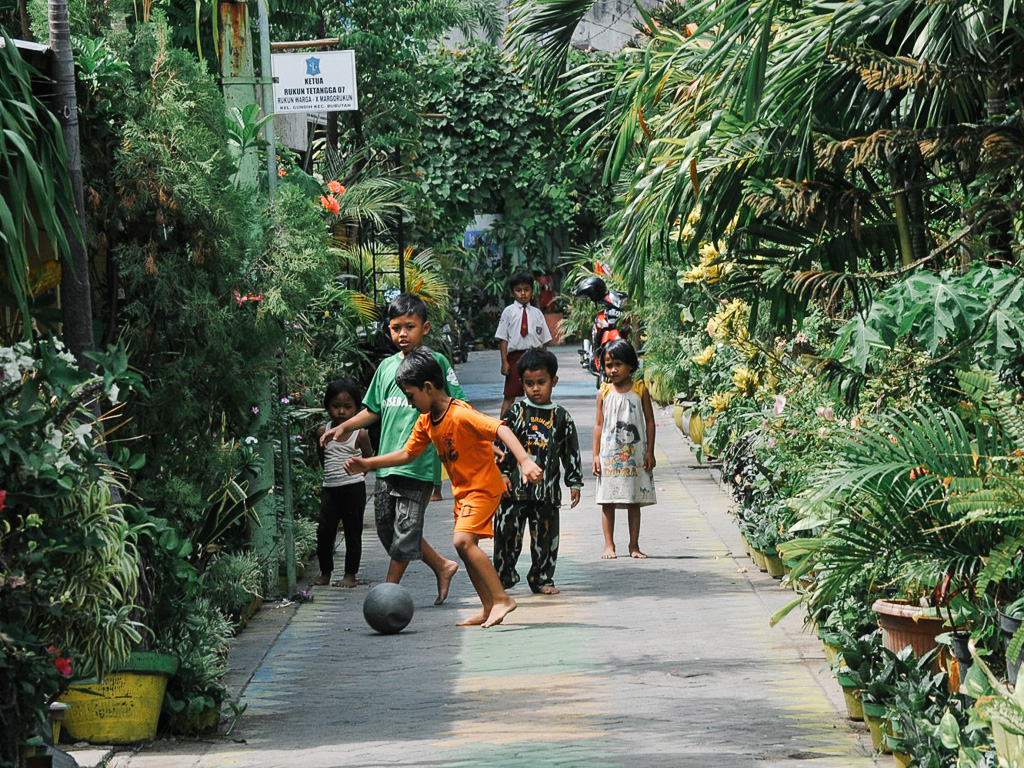 A kampung neighbourhood in Surabaya © City of Surabaya

SURABAYA is an emerging city that is commended for its strong appreciation of culture and for taking a bold urban development strategy to preserve and develop its kampung neighbourhoods, instead of displacing them, while also experiencing rapid economic growth. The comprehensive Kampung Improvement Programme successfully brought together strong community support and participation from the citizens to collaborate closely with the local government in transforming the kampungs into clean, conducive, and productive environments.

The initiative is also an inspiring model for alleviating poverty through which the city provided professional training to improve the villagers’ in-house production of food and crafts for sale, made available cheap credit by the national government, and prepared the market to absorb the products. The Kampung Unggulan (Prominent Kampung) and Pahlawan Ekonomi (Economy Hero) programmes, and community-based waste management measures such as recycling, composting and waste bank helped to formalise and improve the economic status of the lower income settlements, transforming their subsistence economy into urban economy, while also promoting home-based entrepreneurship.

Then-Mayor Tri Rismaharini was instrumental in the city’s achievements and transformation. She was widely acknowledged for her inclusive and people-centric urban development approach to advance Surabaya from an unattractive city into a clean and green thriving metropolis with improved quality of life. Surabaya has successfully mustered many innovative ground-up initiatives by harnessing businesses and citizens to make modest attempts at improving the environment, creating jobs and managing urban waste. The city government has placed great importance on citizenry participation and building trust and worked closely with the local universities in seeking policy advice and implementation of its initiatives.

Surabaya’s strong drive to promote greening in the city deserves praise. The city constantly seeks innovative and creative ways despite limited resources to achieve its vision, exemplified by partnering with the private sector in the development and maintenance of green spaces and environmental improvement works. Today there are about 100 active parks in Surabaya, and the green open space has reached more than 20 percent of the city area.

Surabaya efforts to promote inclusive learning and develop the young population are exemplary. With 35 percent of the city’s annual budget allocated for education, the city has improved the literacy level of the community through providing free education for the under- privileged, setting up reading corners and mobile libraries across the city and in the parks, and offering free computer classes and foreign language training to its residents.

The involvement and commitment of both the people and then-Mayor Rismaharini working closely together for a better quality of life, is clearly felt through the palpable vibrancy of the kampungs. Surabaya has distinguished itself as a forward-looking emerging city and is an inspiration to other cities in developing economies who are looking to learn from a well-managed city now characterised by economic growth, social harmony, and environmental sustainability. O