The late Mrs Sheila Dikshit is recognised for her efforts to improve the living environment of Delhi through various implementations, despite limited resources and control.1 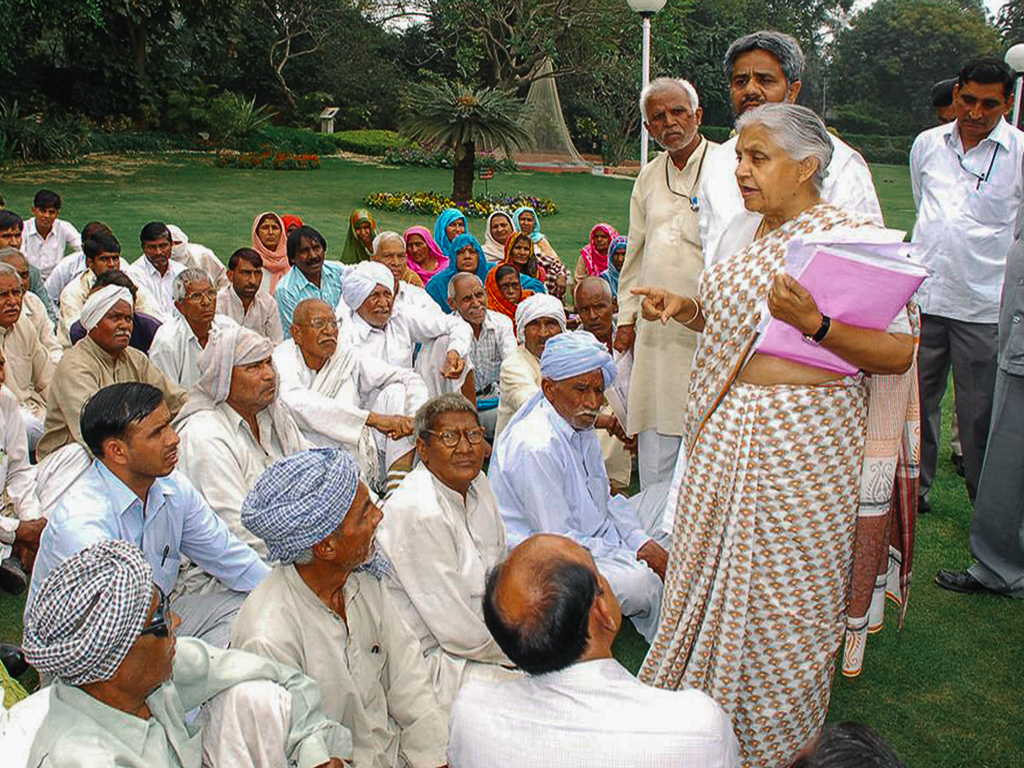 The late Mrs Sheila Dikshit addressing a crowd (standing on the right).

THE LATE MRS SHEILA DIKSHIT (1938 — 2019) is recognised for her notable implementations in improving the living environment of the National Capital Territory (NCT) of Delhi. In spite of limited resources and limited control over the planning process, Mrs Dikshit had managed to muster the masses to implement several project-based initiatives that led to an improvement in quality of life.

She also managed to increase the green cover in Delhi from 26 square kilometres in 1997 to nearly 300 square kilometres in 2010, and was the key proponent in converting all public transport to the use of compressed natural gas (CNG) fuel. This has led to a marked improvement in the air quality of the city.

Collaboration between citizens and the city

In addition, she conceptualised the Bhagidari Citizen-Government Partnership, which involved collaboration between citizens and the city administration for the improvement of civic services. The Bhagidari now includes 2,300 citizen groups with over five million people. Mrs Dikshit also successfully carried out a power sector reform that brought about the positive mindset of consumers and distribution companies after privatisation of the sector.

Other positive outcomes include the lowering of aggregate technical and commercial losses from 50 percent to 18 percent, and a vast improvement in services. The success of her implementations depends upon having a leader with great commitment and perseverance. O