Toronto is recognised for its oustanding social integration strategies, and the rejuvenation of its city core and waterfront through good urban design. Here’s a visual walk-through of what makes Toronto tick for its people.

Canada’s largest and most prosperous city

Toronto is Canada’s largest and most prosperous city. Its location on Lake Ontario connects it to the Great Lakes watershed, which contains 20% of the entire Earth’s fresh water supply, so it is blessed with a resource scarce in many other places.

Toronto is one of the most diverse cities in the world, with non-native Canadians making up 49% of its 2.8 million population. Toronto residents comprise over 230 ethnic origins and 45% of the population identifies their mother tongue as distinct from Canada’s two official languages. 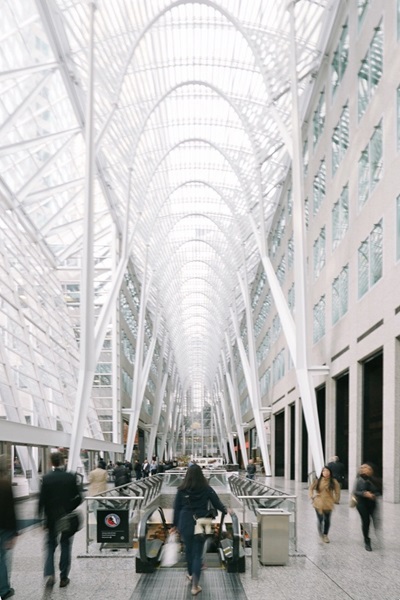 Toronto is the fastest-growing large city in North America, with 80,000 – 100,000 new residents arriving to the metro area per year. There are currently 147 buildings over 20 storeys under construction. 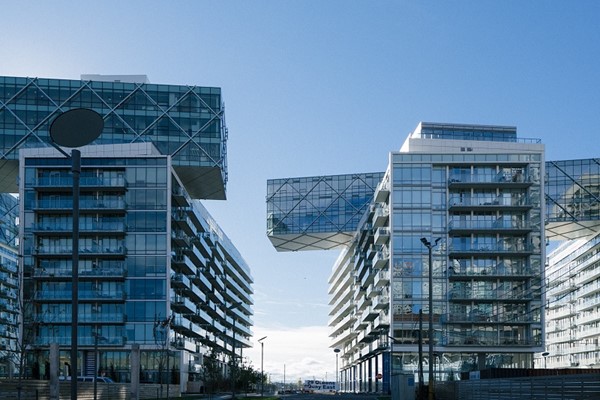 The Toronto Public Library system was created with the formation of Greater Toronto in 1998, bringing together seven separate library systems into one. The library has created equitable access to world class library programmes, spaces, and collections to all corners of the city. 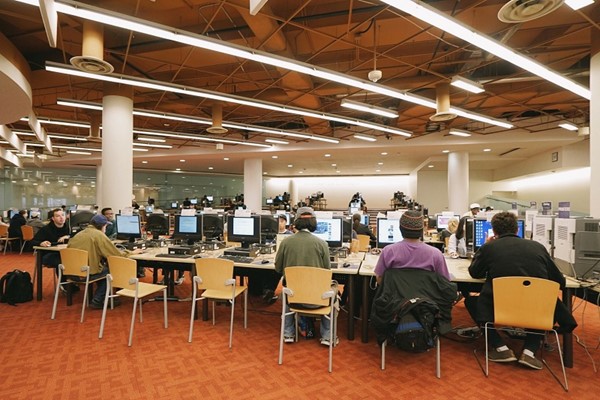 Welcoming newcomers to the city

A newcomer to the city often makes their first stop to the local library, where a person – often once a newcomer themselves – at a dedicated desk provides the settlement information that they need. 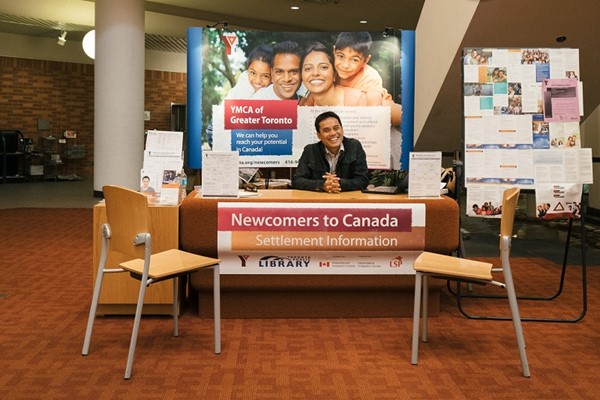 Toronto transformed its waterfront from industrial port lands that cut off public access to the waters into a well-designed, publicly accessible, and attractive district. 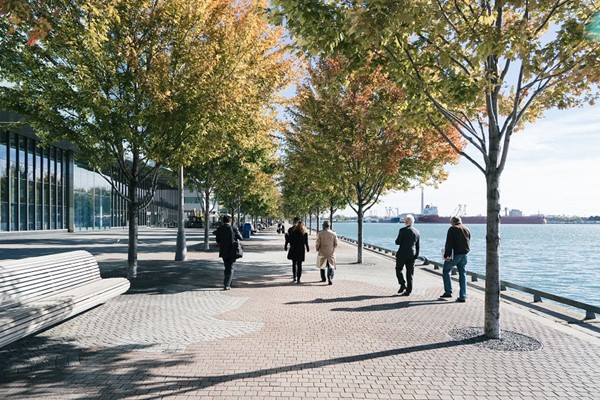 Toronto places emphasis on ‘Complete Streets’ in the design of its Waterfront district – streets that support all modes of transportation equally. 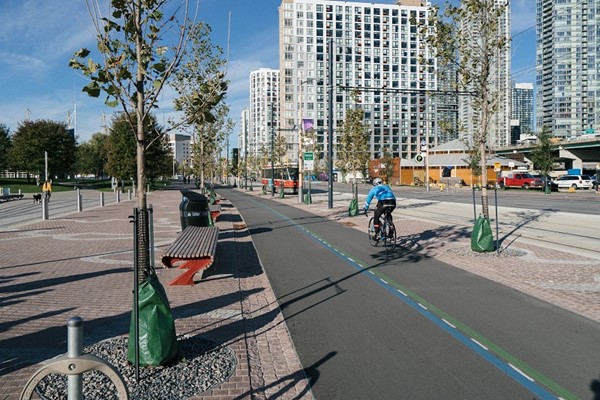 The city recognised that crowded downtowns would need to make the most of small spaces. The Wavedecks as seen in this photo create exciting new places on former industrial slips that had never been designed with public gathering or recreation in mind. 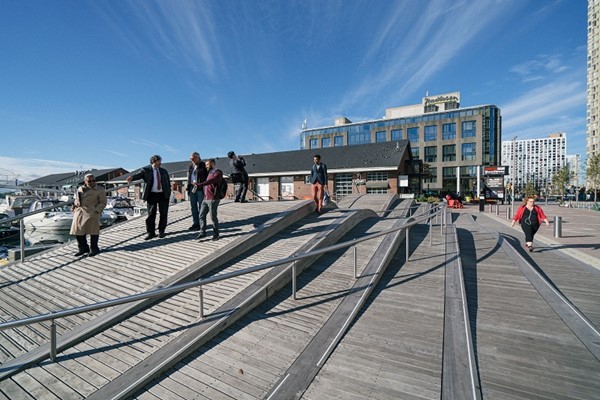 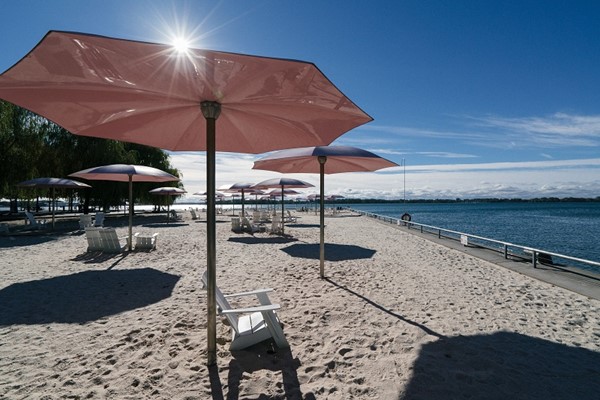 The water features in Sherbourne Common are designed to attract visitors as well as educate them about water quality, and how the water is collected, treated and made usable again. 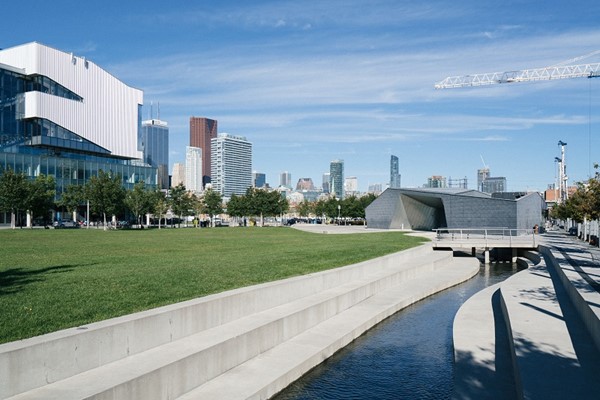 Toronto has over 40 years of experience developing the PATH underground system, originally intended to accommodate rush-hour demands of downtown commuters and direct underground connection between Union Station and 4 other subway stops. Today, it has evolved into a well-used pedestrian network that offers convenience and year-round climate controlled comfort space for both commuters and residents alike. The Brookfield Place designed by Spanish Architect Santiago Calatrava (pictured above) is one such place that the PATH network connects to. 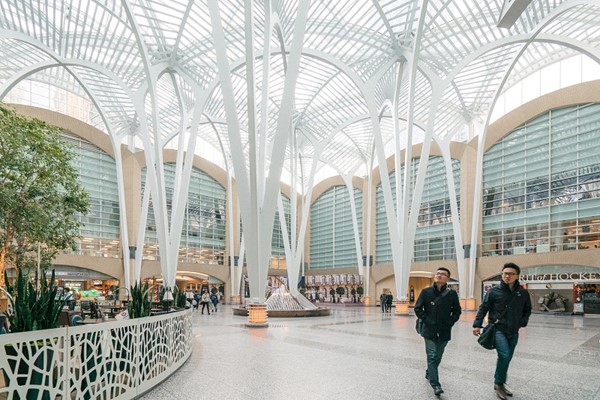 Festivals such as Nuit Blanche bring people onto the streets to enjoy the many public spaces in the city. 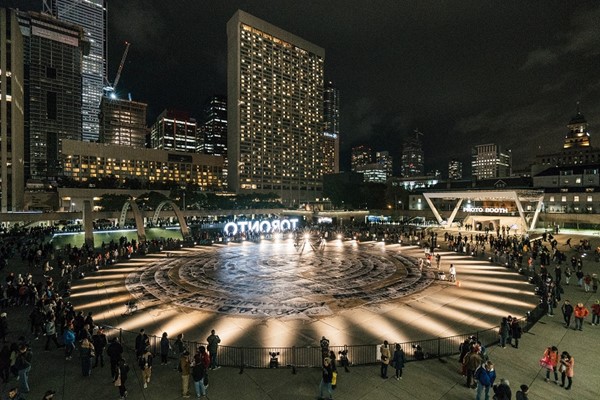