Tokyo in pictures — a megacity that works

As a successful megacity, Tokyo understands that long-term and continuous planning for its urban infrastructure is critical to ensure the city’s growth in a sustainable and efficient manner. Long before it burgeoned into a megacity that it is today, Tokyo already started laying the foundations for an extensive and good public transportation network and continuously updated it over the decades.

In the second half of 20th century, Tokyo developed to cope with the rising challenges due to urbanisation, increasing population, and rapid economic expansion. The city pursued urban infrastructure development to support its rapid population and economic growth, which led to its prosperity at the end of 20th century. By taking a conscientious and long-term approach in its urban development, Tokyo today is a city that is widely reputed for its high efficiency, technological advancements, and excellent public transportation. 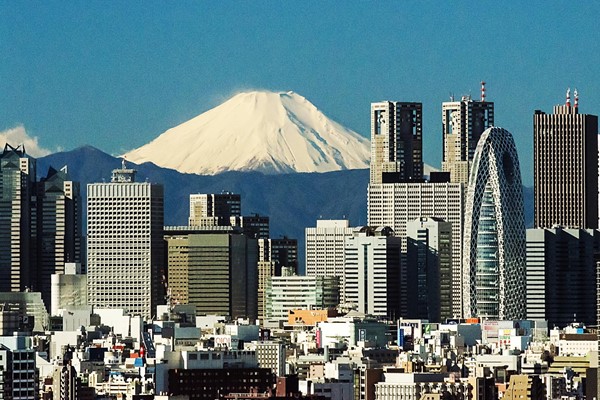 Tokyo before and after © Tokyo Metropolitan Government

The modal split for transportation by train in the city’s 23 Special Wards is 48%, higher than any other city in the world. Approximately 80% of commuters in the city use public transportation such as trains and buses. The city’s measures to ease congestion, such as construction of new lines, adding tracks to existing lines, making trains longer, and enhancing through-services between railway operators, has seen its congestion rate improved over the years. 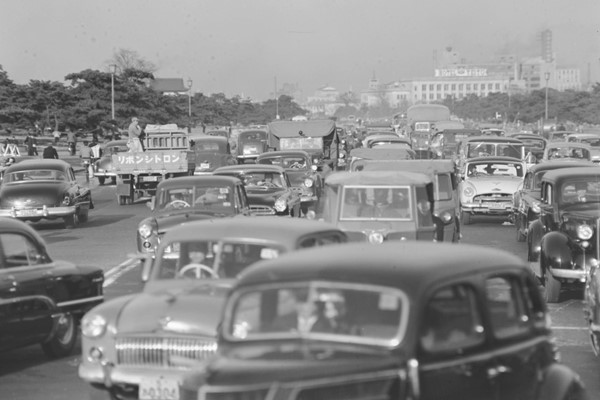 Tokyo in the past: a car-based city that is often clogged by traffic jams © Tokyo Metropolitan Government 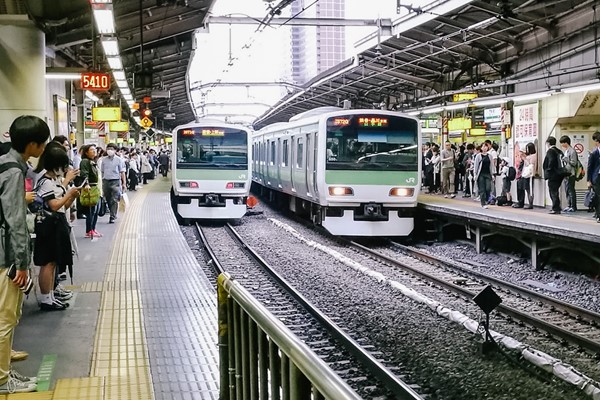 From sombre suit-and-tie to vibrant and inclusive business environments

The city employs a strategy of multiple centres and continually renews them as vibrant business centres to enhance Tokyo’s international competitiveness. The Central Business District of Otemachi, Marunouchi and Yurakucho (OMY District) between the Imperial Palace and Tokyo Station is one such urban renewal area that has been revitalised.

Mitsubishi Estate – a real estate developer and major landowner in the OMY District, understood the development of good public infrastructure that benefits the community would in turn benefit the private developments themselves, and took the lead in collaborating with other landowners to revise the district master plan, turning around what could have been a sterile concrete jungle into a far more hospitable environment lined with plentiful public spaces for all to enjoy. 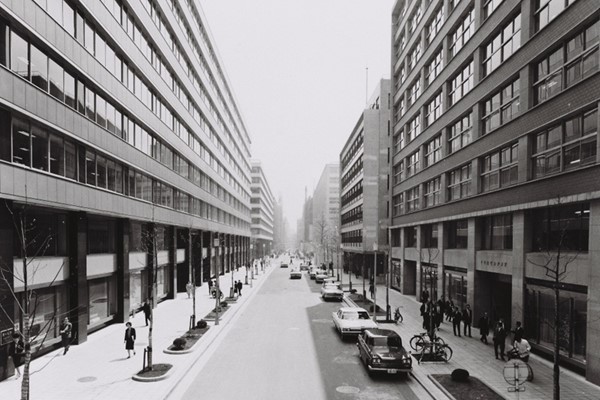 Marunouchi in the past: a sterile business environment © Tokyo Metropolitan Government 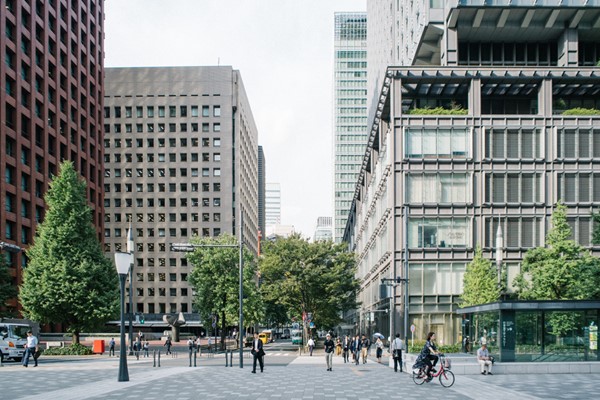 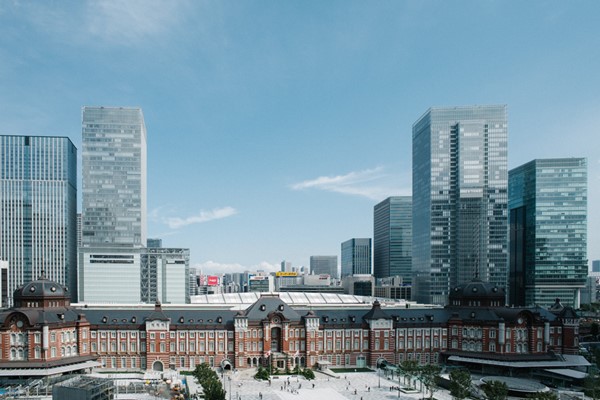 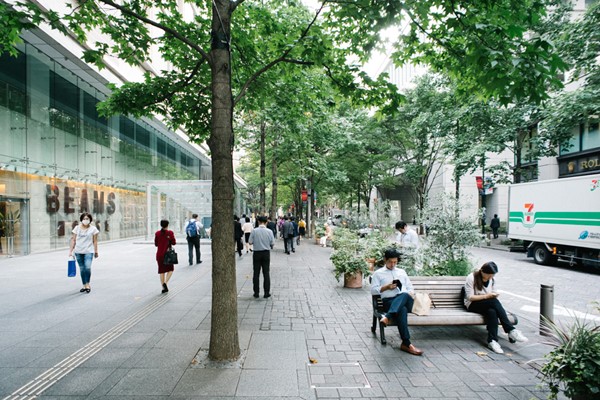 Lushly planted sidewalks, ample seating places and shops create a casual environment in the Marunouchi district that appeals to not just the businessmen © Damien Woon 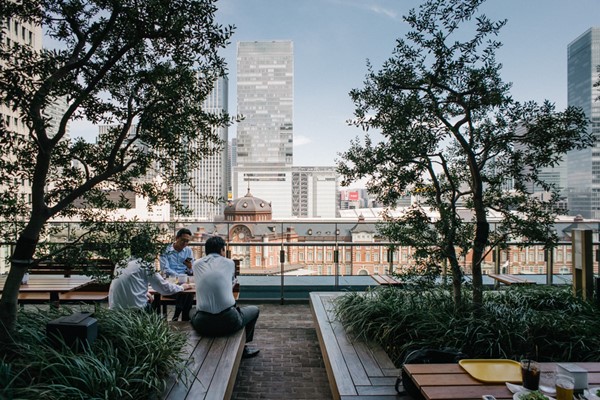 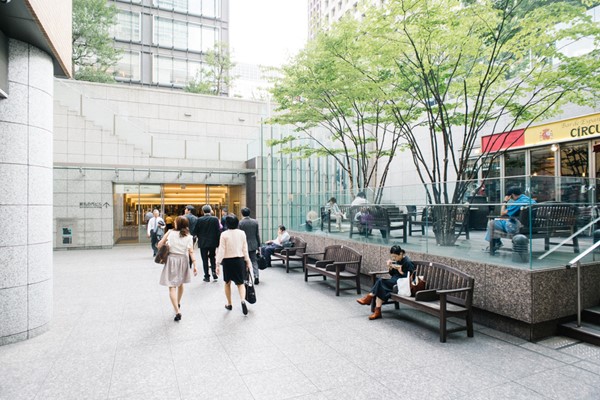 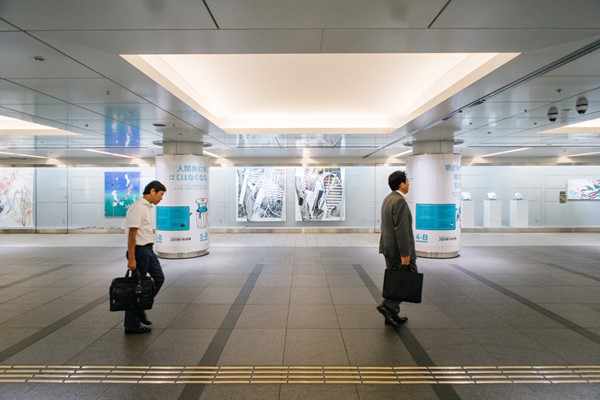 From a landfill to a green haven

The Umi-no-Mori (sea forest) project – a conversion of a landfill in the Tokyo Bay into a park, creatively transforms a previously inaccessible and unsightly place into a new public space. The project is an innovation in creating more public spaces in the city and offering more recreational opportunities for the people. Since its inauguration in 2008, the project involved some 23,366 people selected by the public and 478 organisations in the planting of trees, giving them a sense of ownership. The park is slated to complete in 2020 and would increase the provision greenery in the city, as well as help raise awareness on the importance of recycling. 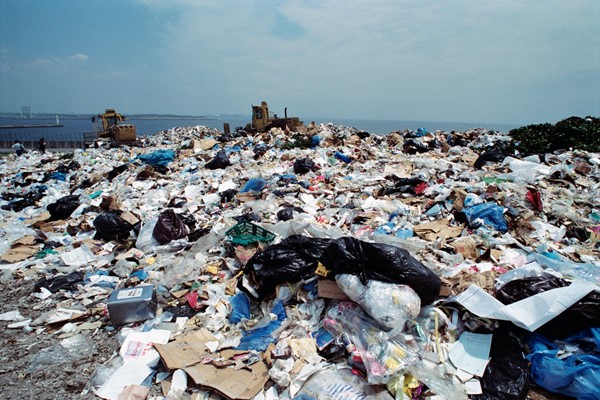 Before the transformation: an unsightly waste landfill site is about to be transformed into a new park © Tokyo Metropolitan Government 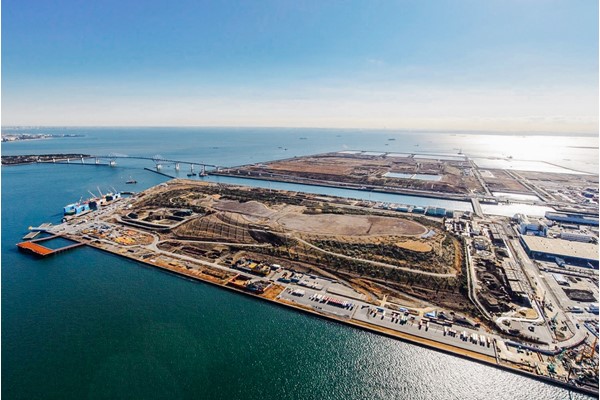 In the process of transformation © Tokyo Metropolitan Government 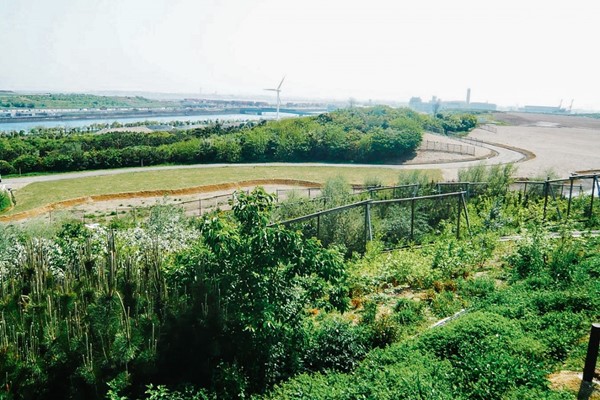 The tree-planting process for Umi-no-Mori took over 7 years. The park is slated to open in 2020. © Damien Woon