Medellín implemented a series of social innovation and public transport initiatives to pursue social equity and improve living conditions for its people, contributing to its urban transformation. Click through for a visual walk-through of some of the city’s most innovative urban interventions and social projects.

The City of the Eternal Spring

Medellín is Colombia’s second largest city after capital city Bogotá, and is located in the Aburrá Valley. Despite being near the equator, the city is located 1,500m above sea level and as such it has a pleasant spring-like climate all year round and is often referred to as the ‘City of the Eternal Spring’. 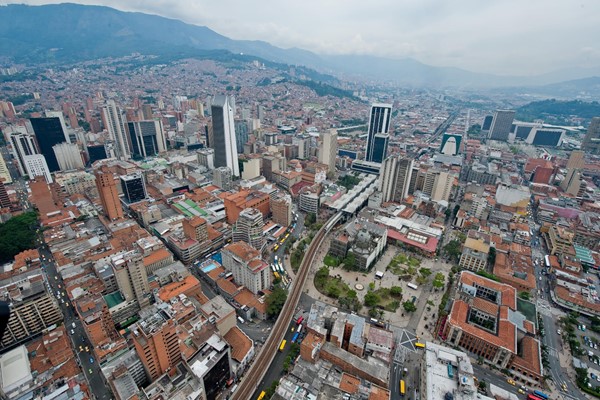 Medellín has a unique topography due to its valley locale. Over the years, the city was faced with and has overcome the challenges of uncontrolled urban expansion at its mountain edges due to rural-urban migration. 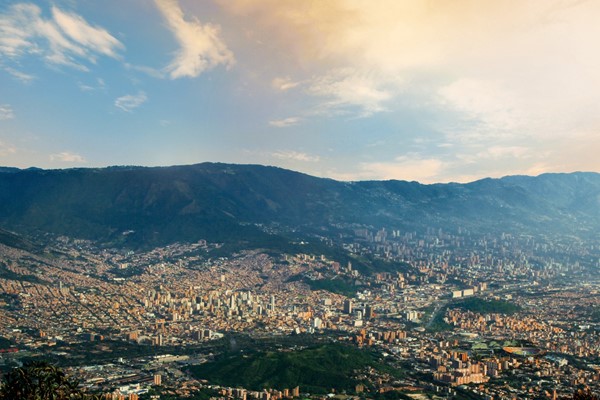 Medellín’s Metro system is one of the first urban interventions that kick-started the city’s dramatic transformation. The Metro system first started operations in 1995, and some 20 years later, it is today still the only mass rapid transit system in the whole of Colombia. In comparison, capital city Bogotá’s subway system will only commence operations in 2021. 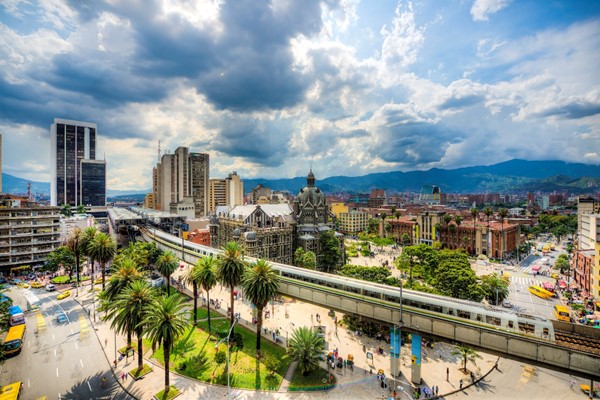 The MetroCable system is the world’s first cable car system used for daily commuting, connecting remote hillside residents of Comuna 1 Santo Domingo to the Metro system and the rest of the city. Today, the MetroCable serves at least 38,000 passengers daily. 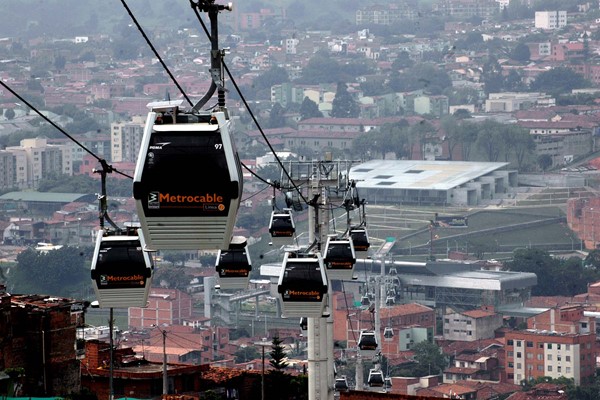 Public spaces are integrated at the base of the MetroCable pylons, an example of the multiple use of space in the city. 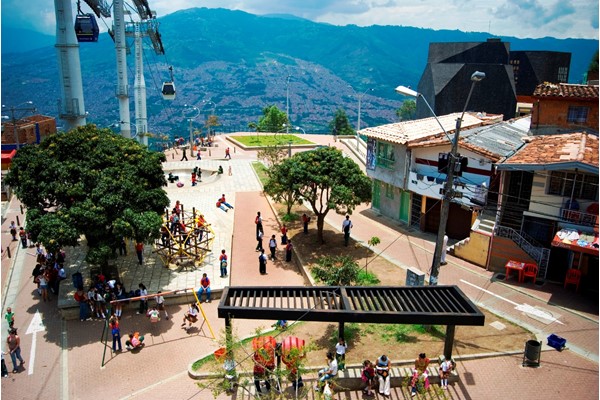 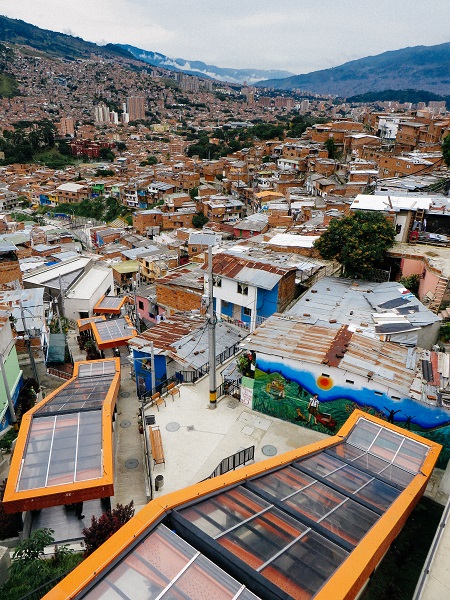 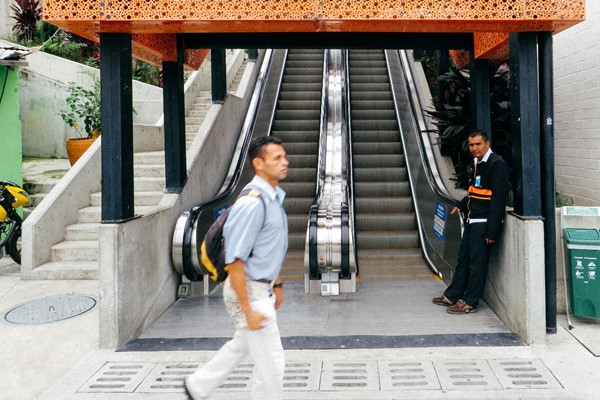 The stunning Spanish Library Park or Parque Biblioteca España designed by Architect Giancarlo Mazzanti in 2007 is one of many library parks in Medellín built in the poorest neighbourhoods, providing easy access points to learning and information for the local residents. 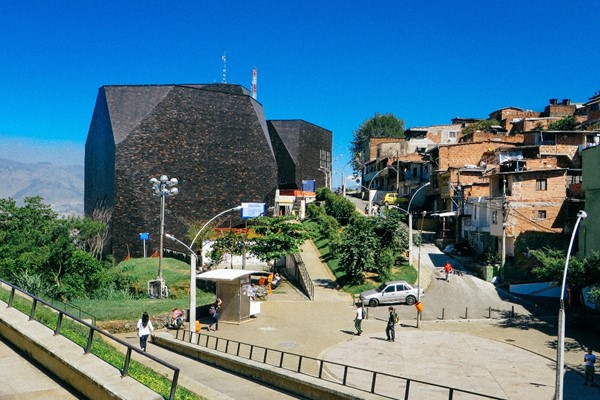 The Life Articulated Units or Unidades de Vida Articulada are community spaces built around existing water tanks in the city to return these previously under-utilised spaces back to the people, allowing many communal activities and festivals to take place. 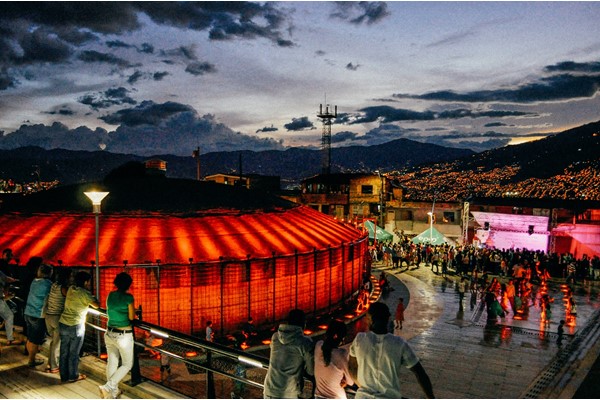 At the urban-rural edge, the Circumvent Garden or Jardin Circunvalar de Medellín provides communal spaces, such as the ‘Walk of Life’ pedestrian footpath pictured here, while limiting urban expansion. 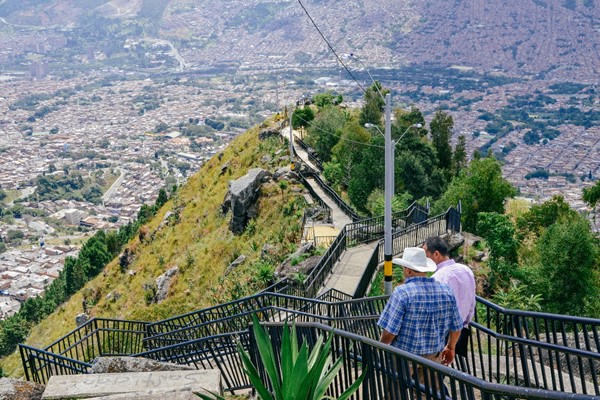 In another part of the city, a former waste dump and barren landfill was transformed into Moravia Garden, a botanical “garden of life” managed by members of the community. 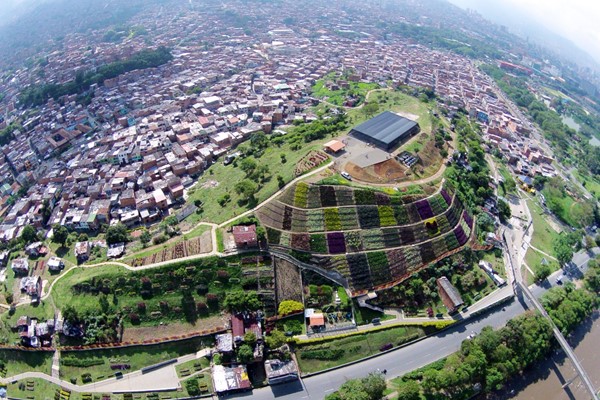 The citizens are empowered to use up to five percent of the local budget for community uses, such as the Good Start Programme centred on early childhood education to develop the youngest segment of the population. 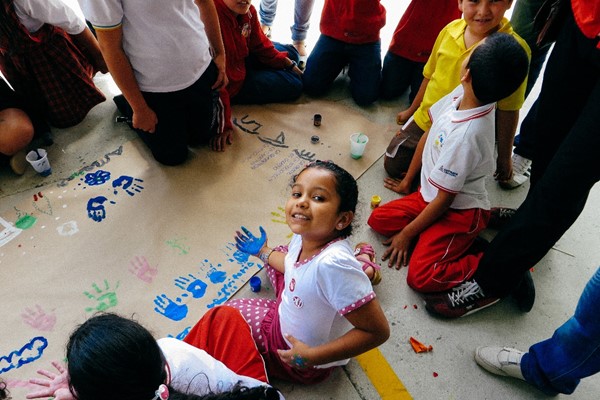 Local students are employed as Metro guides to foster a ‘Metro Culture’ by inculcating good social behaviour on the Metro system as well as public spaces. 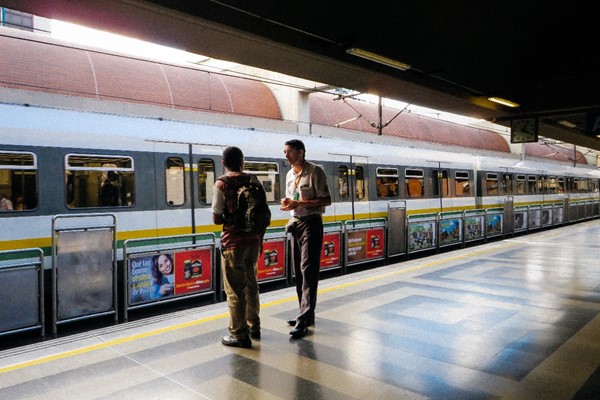 Information on the go 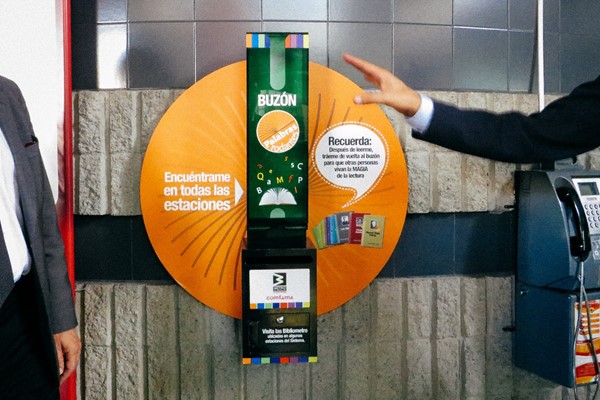 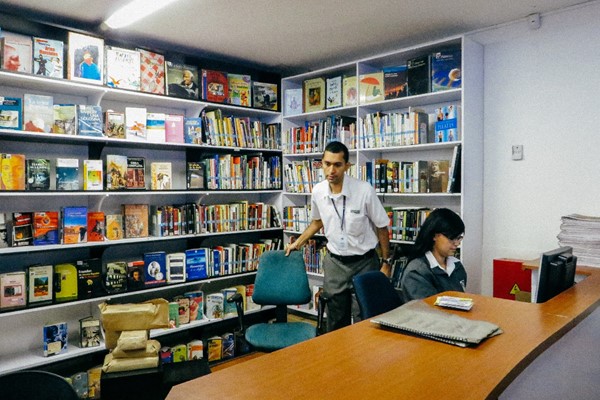