Instead of a fast-paced urban development, Antwerp deliberately chose a considered approach that incorporates ground views and flexibility for changes along the way. In this photo essay, we examine how Antwerp take things slow in small, medium and large ways.

In the 1990s and 2000s, several neighbourhoods close to Antwerp’s city centre suffered from neglect and population loss. The once vibrant and folksy neighbourhoods such as Sailors Quarters lost their appeal to quieter ones outside of Antwerp’s ring road. With the moving of many industrial uses to outside of the city, it left behind a series of abandoned industrial buildings often unsanitary and dangerous.

AG VESPA is an autonomous public developer that aims to identify and redevelop such vacant/dilapidated plots into affordable housing units. It consciously searches for locations that are too small, dirty or complex to attract private developers. A key aspect of AG VESPA’s development strategy is to engage young architects to test ideas and boost their careers.

Small-scale projects with high architectural quality serve as urban acupuncture that can further catalyse rejuvenation and private initiatives. The proceeds from the sales of the rejuvenated buildings are then reinvested into new projects in a form of a rolling fund. The initiative triggers the upgrading of ‘difficult’ neighbourhoods and has the power to transform entire districts. 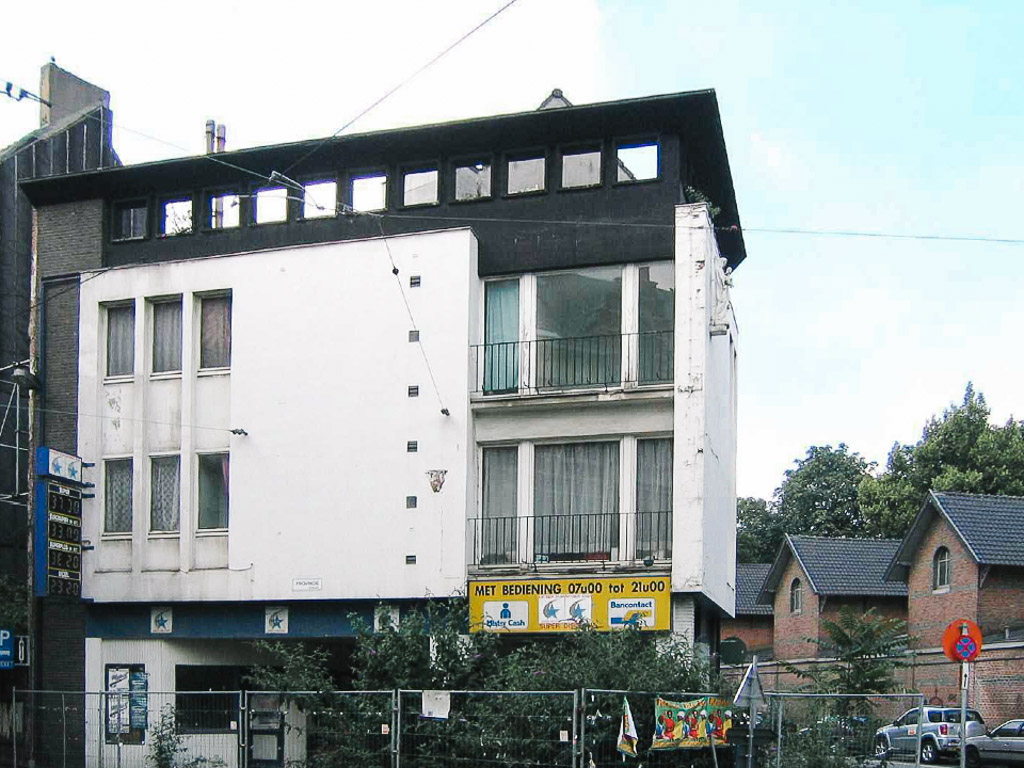 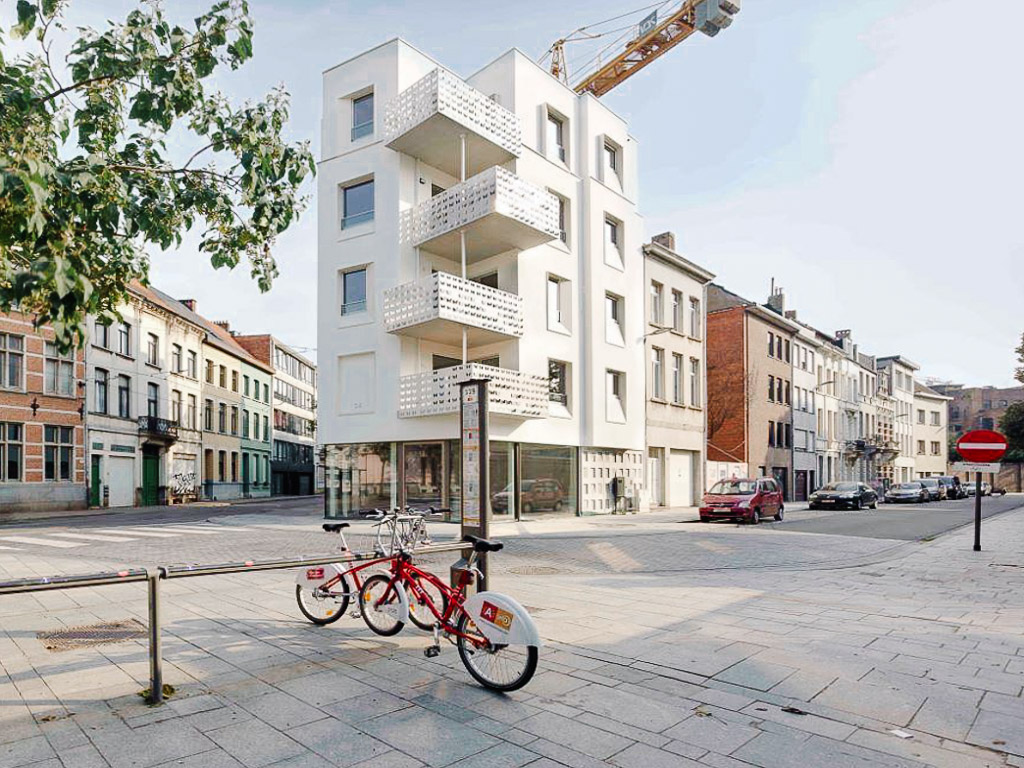 Before and after: A former rundown petrol station at the corner of Provinciestraat that was of no interest to private investors was bought and rebuilt by AG VESPA and turned into a new apartment building. It was sold in 2017. © stad Antwerpen/AG VESPA 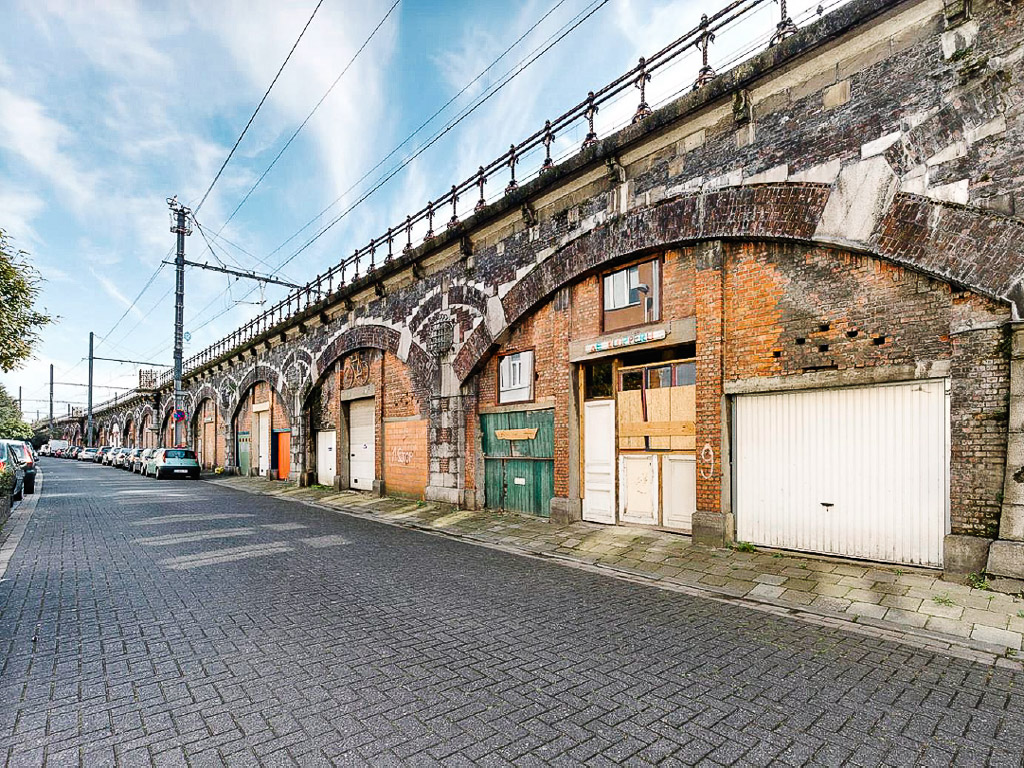 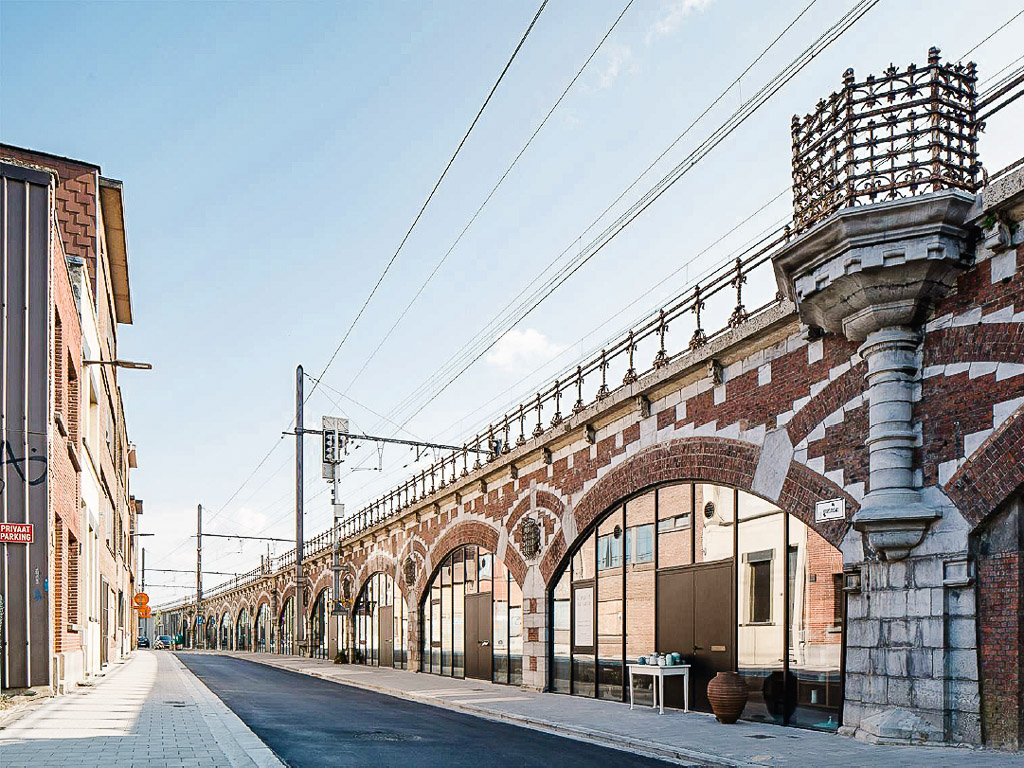 Before and after: Derelict units in an underpass along Engelselei (Borgerhout) were renovated to offer spaces for creatives and start-ups © stad Antwerpen/AG VESPA 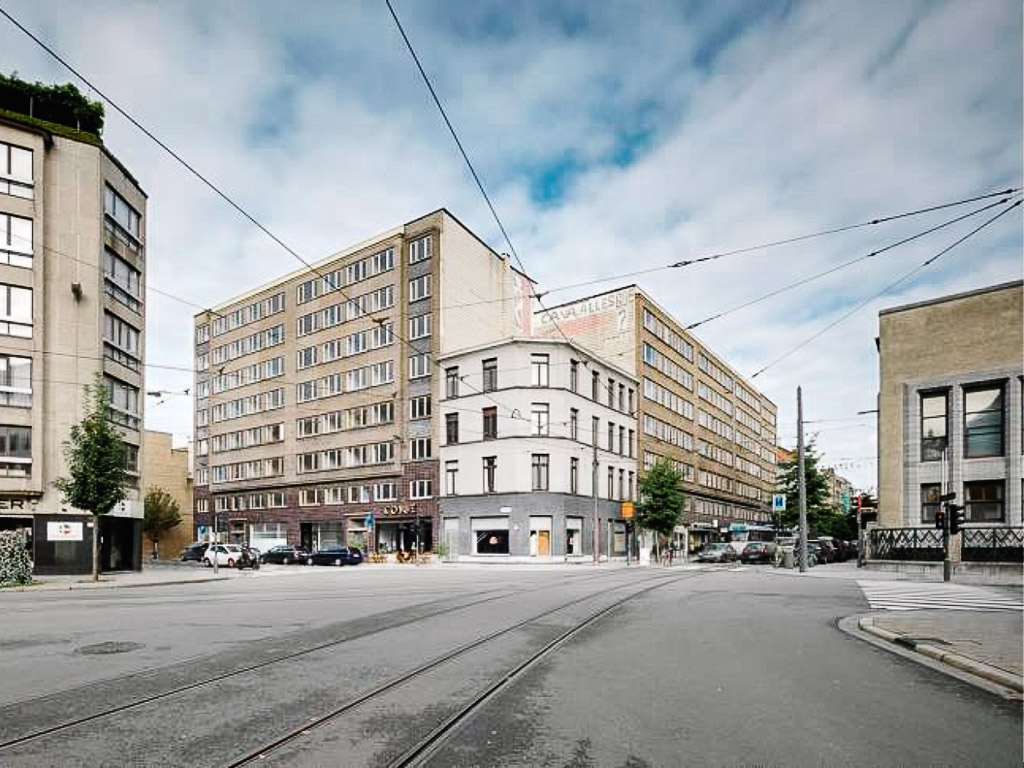 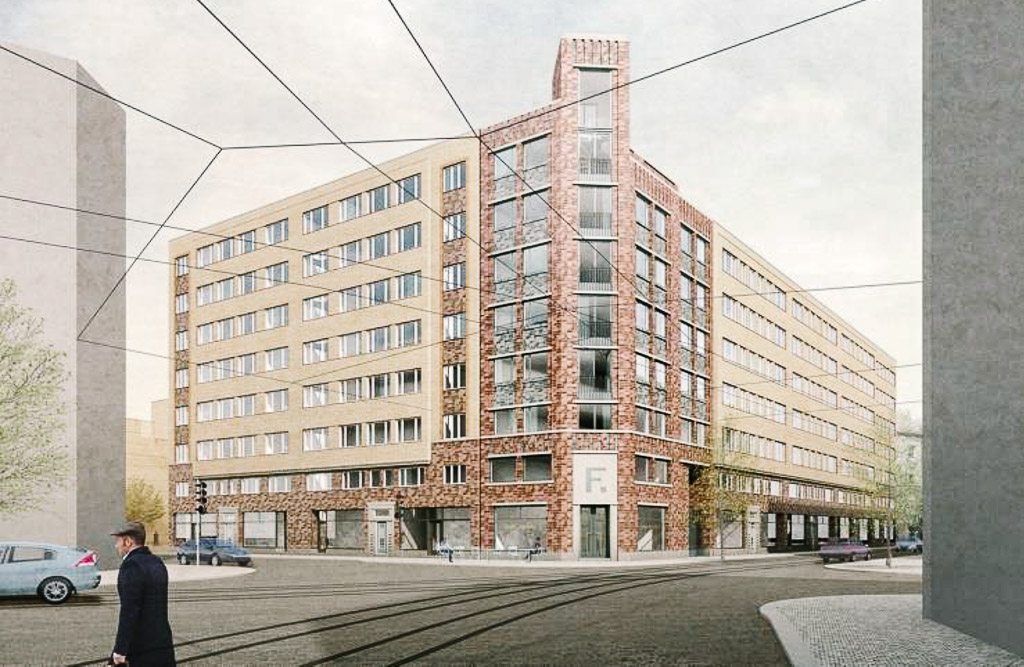 Before and after: Fierenshoven in the city centre was built in 1939 and perceived as a well-preserved example of interbellum-modernism but remained vacant for years. It is being renovated to offer 122 affordable rental housing units. © stad Antwerpen/AG VESPA 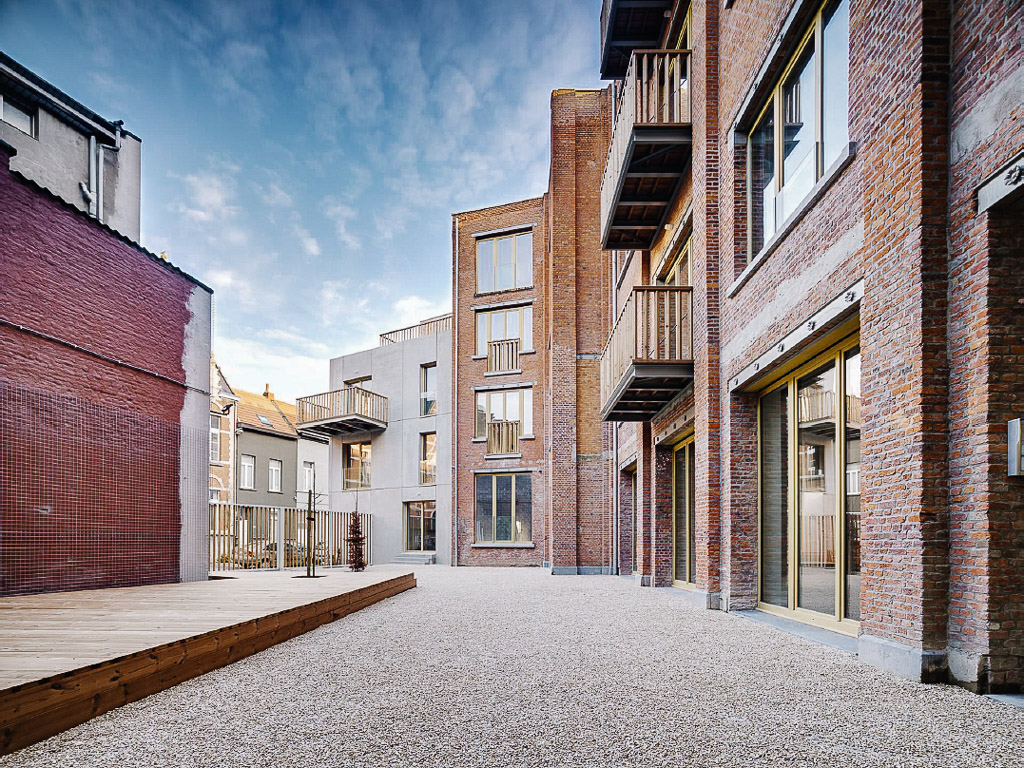 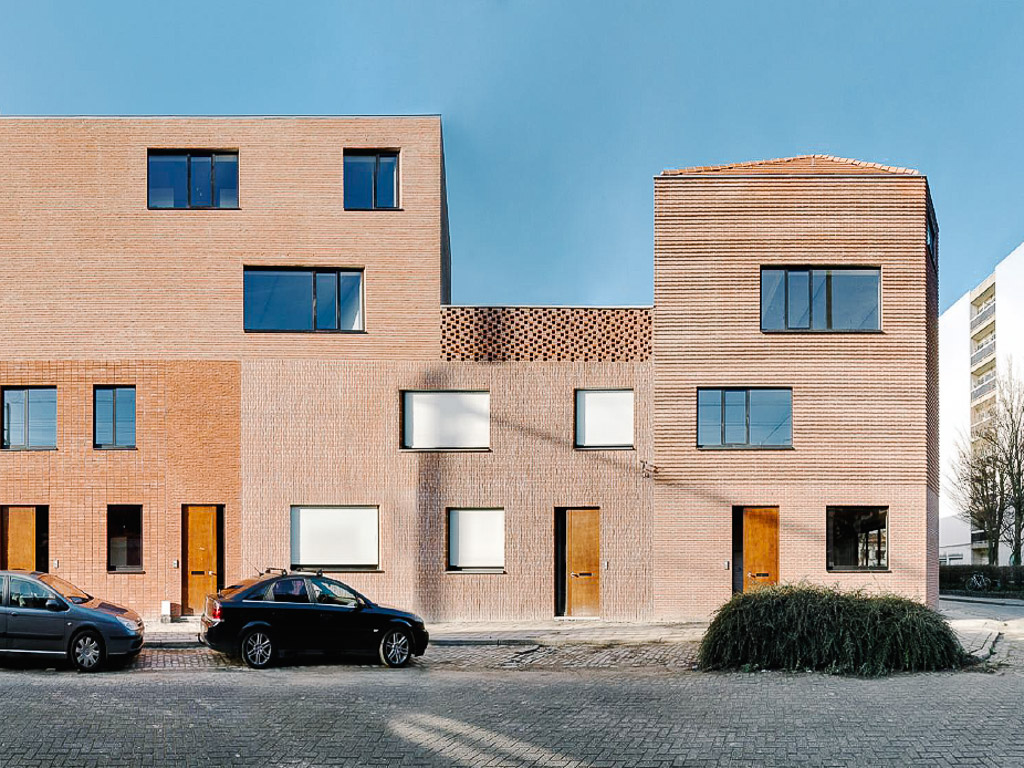 There was a lack of an overall urban planning strategy for the long term in Antwerp. At the end of the 1980s, with pressure from civil society and experts, the city acknowledged that more long-term solutions need to developed, especially in the neglected port areas such as het Eilandje (the Islet), Scheldekaaien (Scheldt Quays), and adjacent port railway infrastructure such as Spoor Noord and Nieuw Zuid (New South).

Tapping on the European Regional Development Fund and funding from Belgian and Flemish governments, Antwerp was able to implement the first urban renewal projects in areas such as the Central Station area, Schipperskwartier (Sailor’s Quarter) and Spoor Noord. These efforts cumulated in the 2006 Strategic Spatial Plan Antwerp that introduced ‘renovatio urbis’ (or slow urbanism) – renewal of the city through interventions in public space. 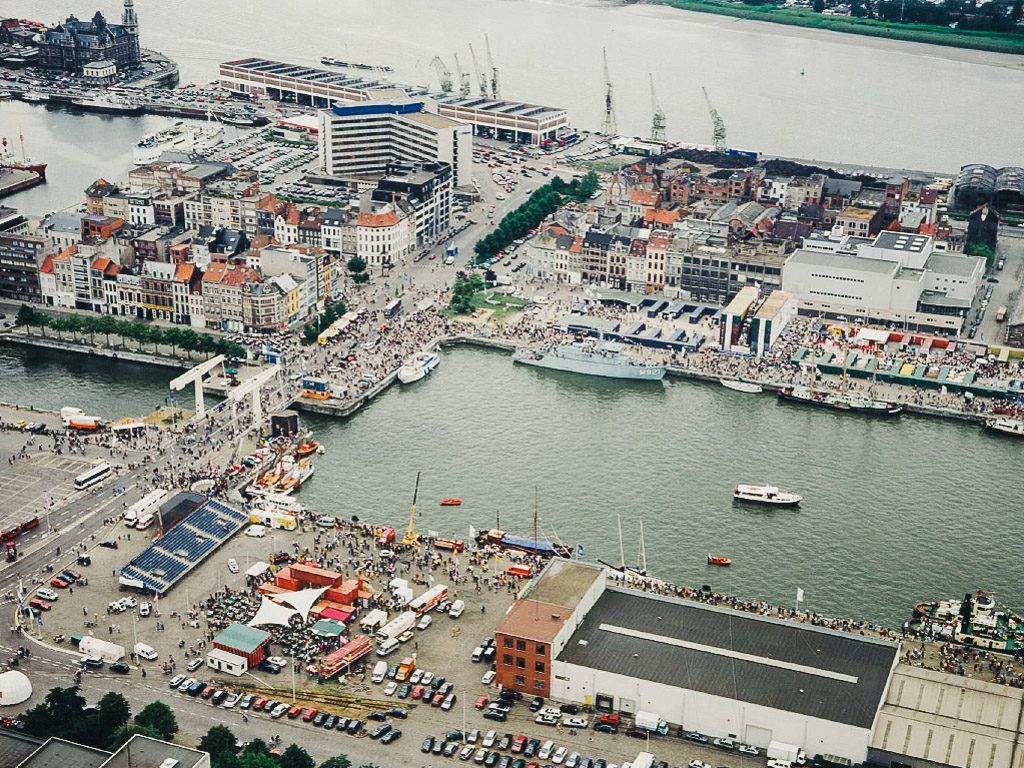 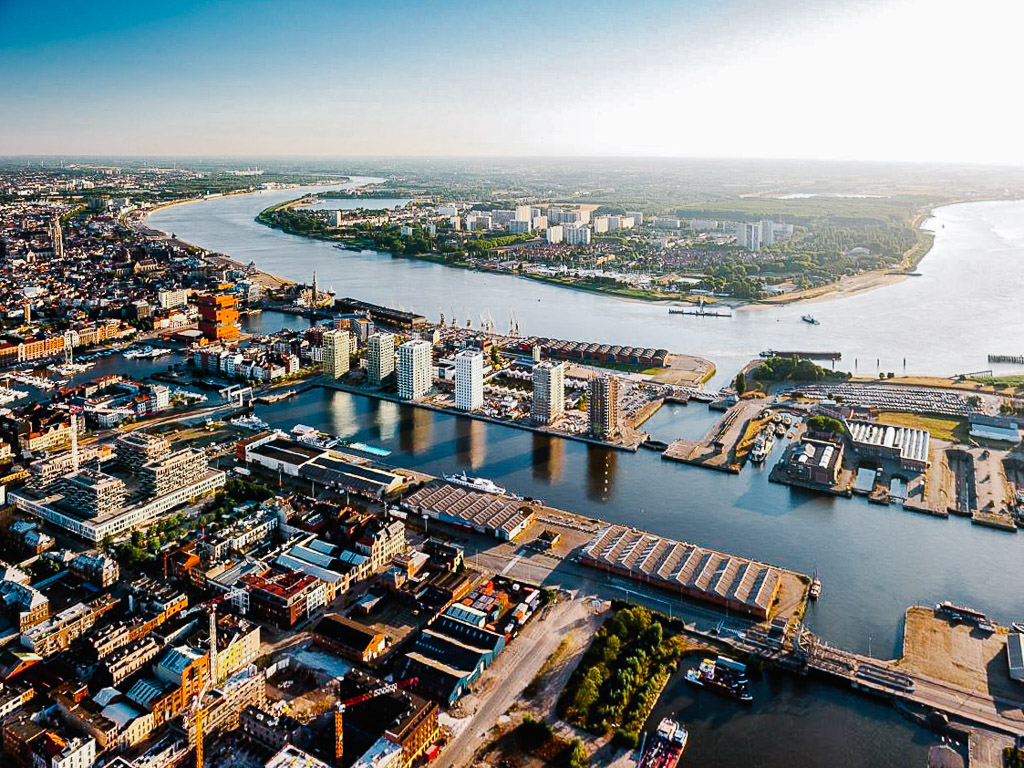 Before and after: Het Eilandje is a historic harbour neighbourhood that degenerated at the end of the 20th century. It is today a lively urban quarter. © stad Antwerpen 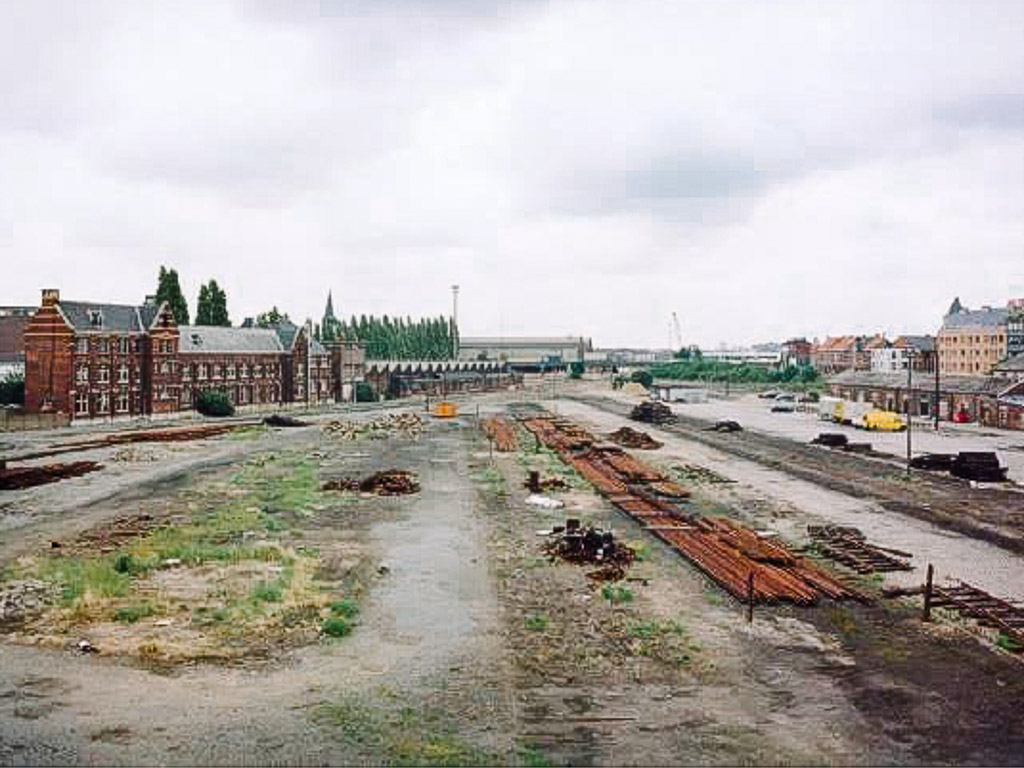 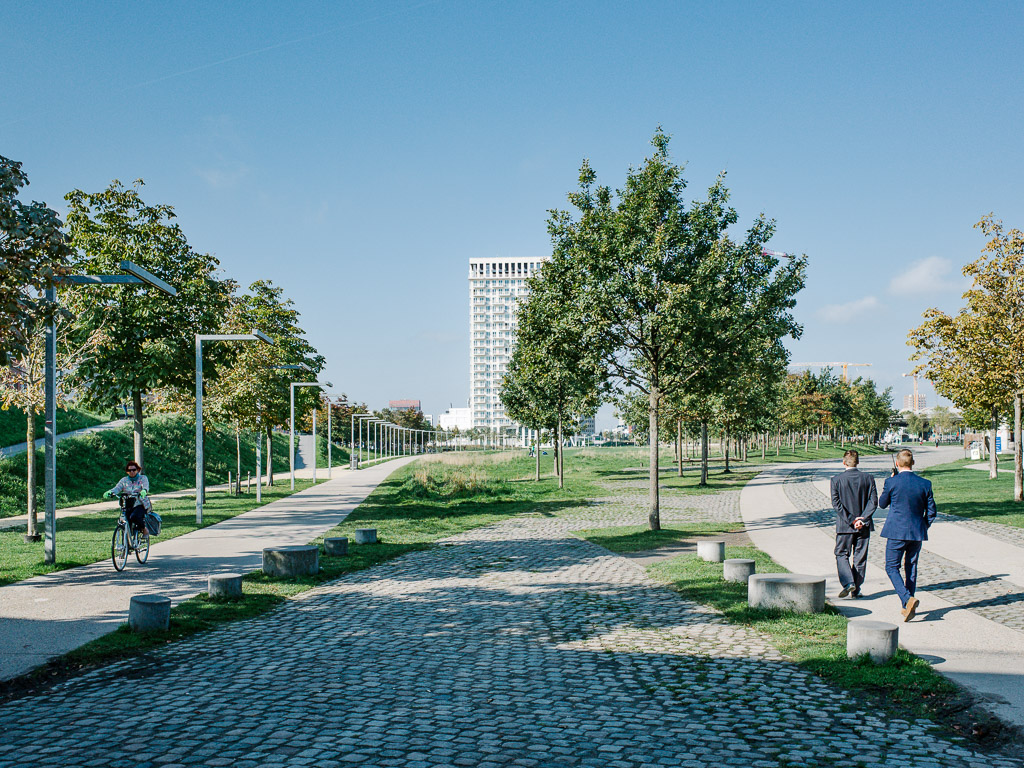 Before and after: Spoor Noord used to a railway yard and disconnected neighbourhoods. The new 17ha Park Spoor Noord provides much needed green space in a densely populated area. © stad Antwerpen/Damien Woon 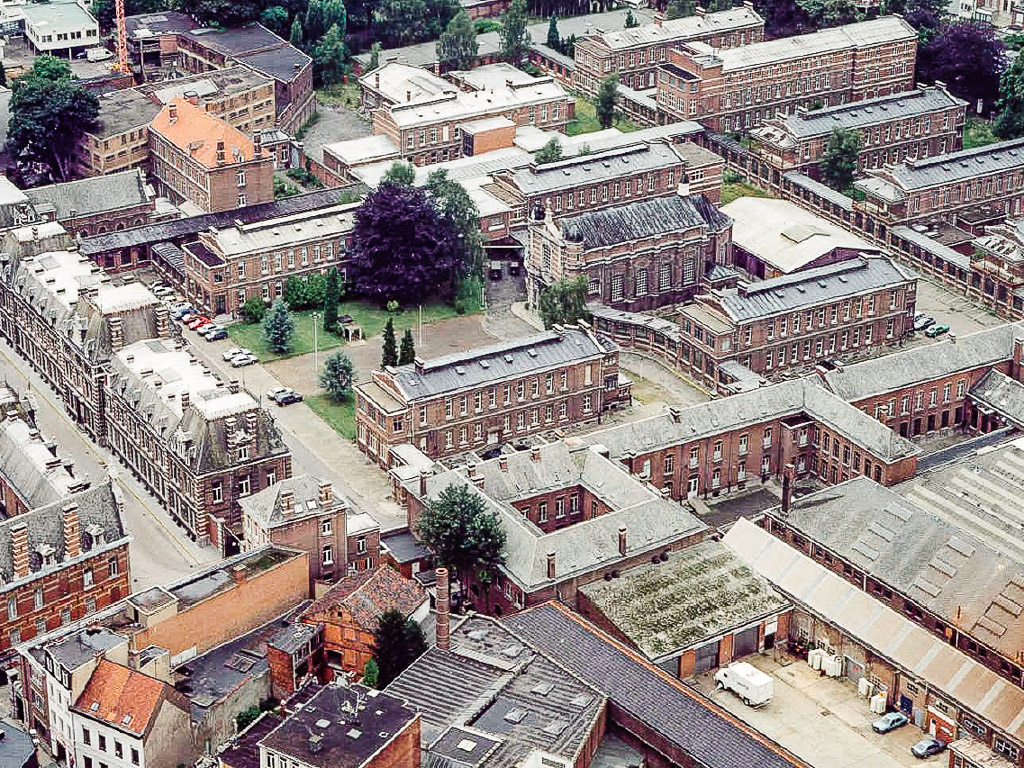 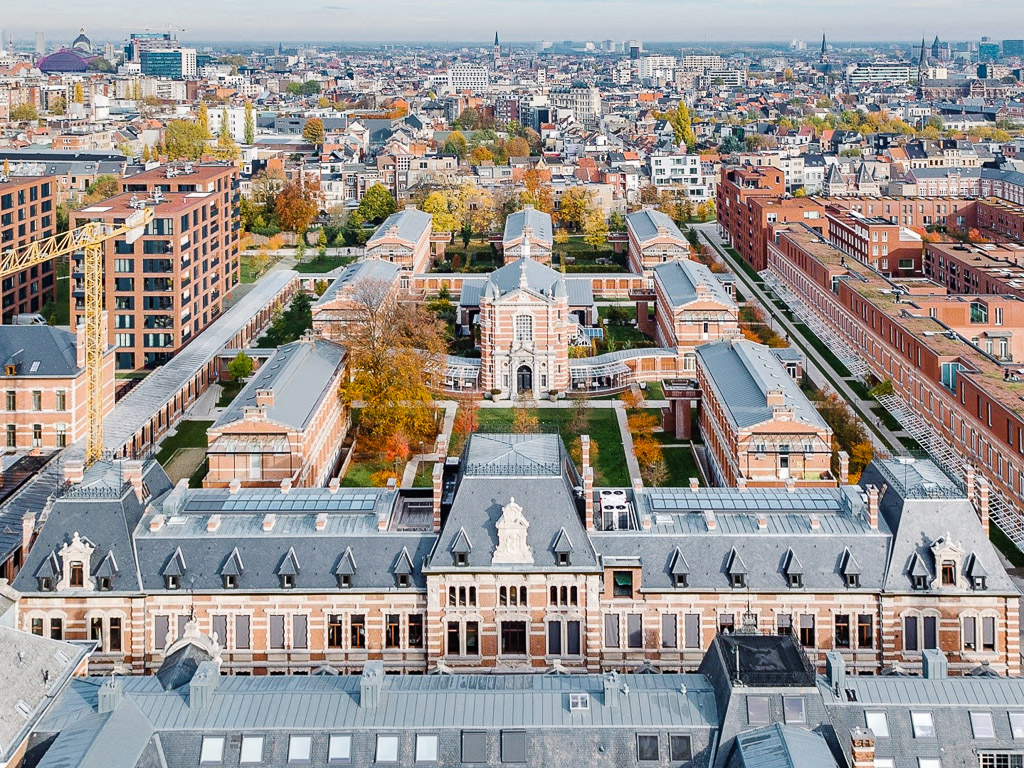 Before and after: The Green Quarter was a disused military hospital and now home to over 400 families, and houses a Michelin-star restaurant among other local businesses. © stad Antwerpen 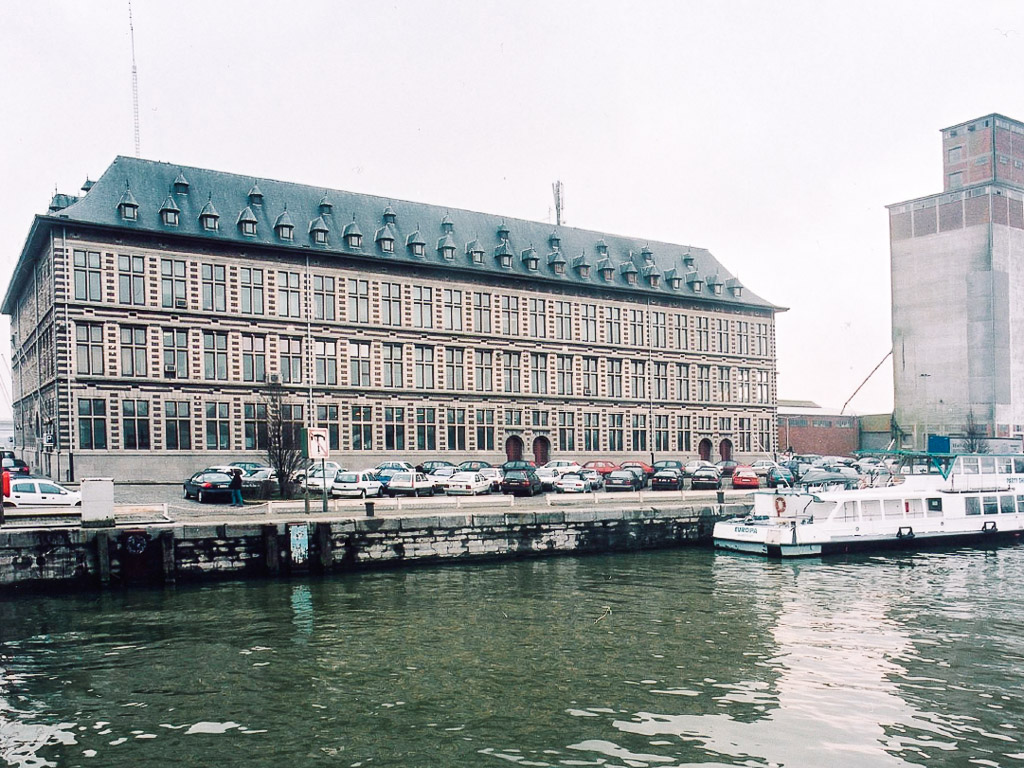 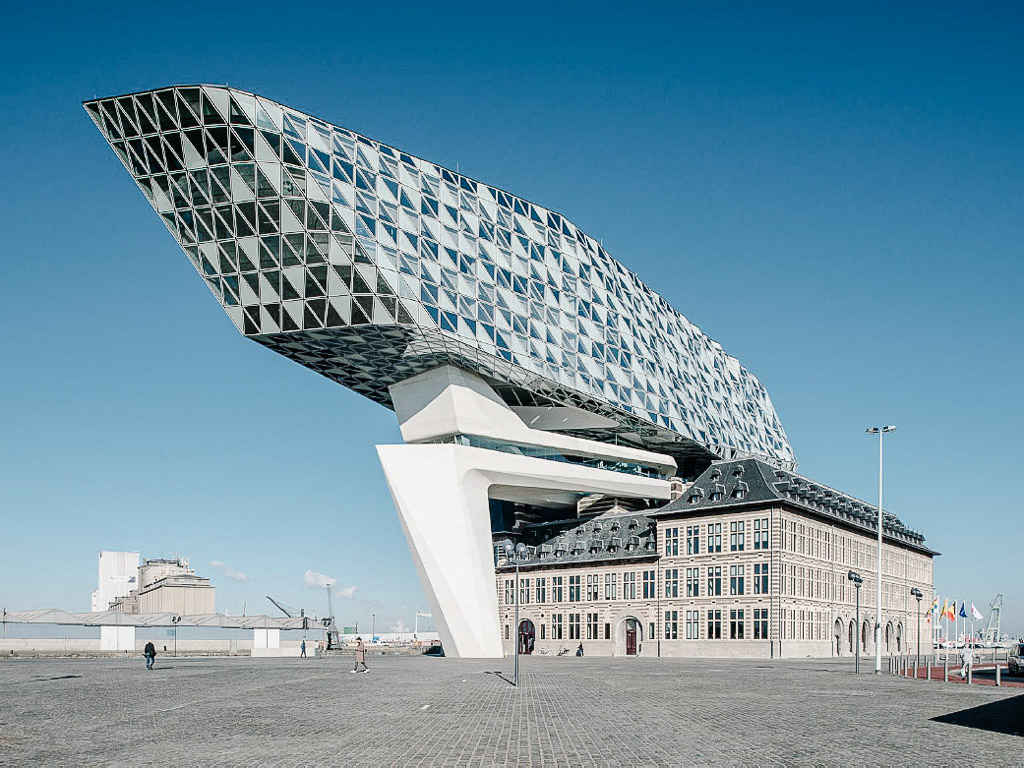 Before and after: The Port House was an old firehouse that became the office for some 500 employees of the Port of Antwerp. The stunning new addition by Zaha Hadid Architects overlooks the harbour. © stad Antwerpen 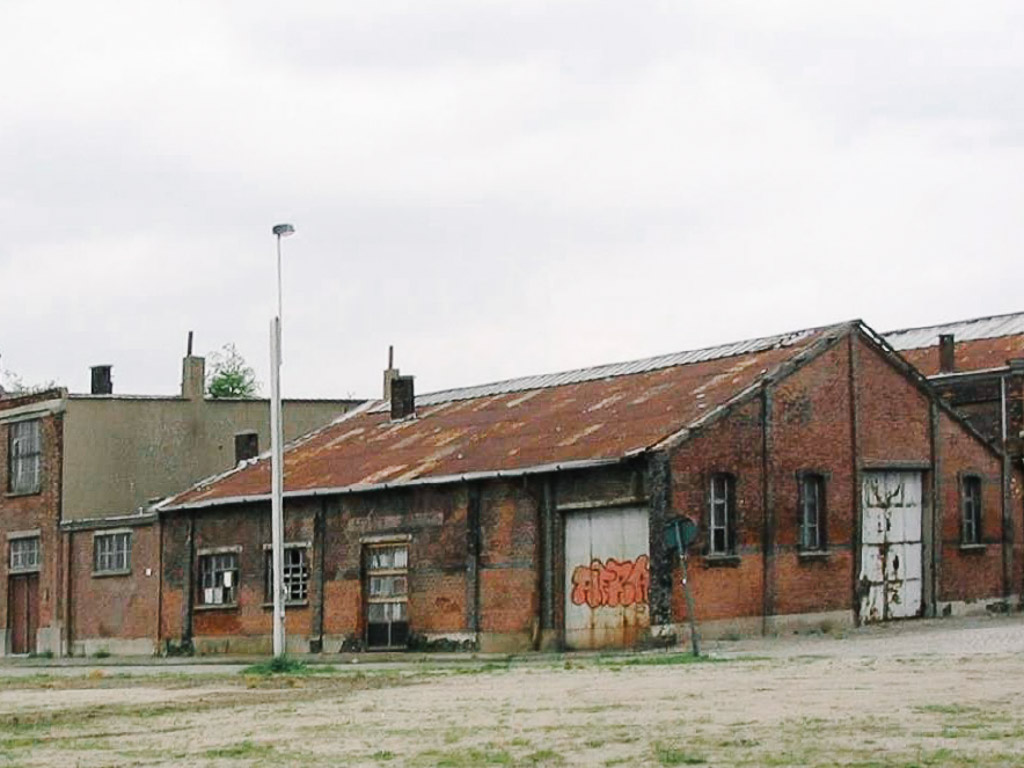 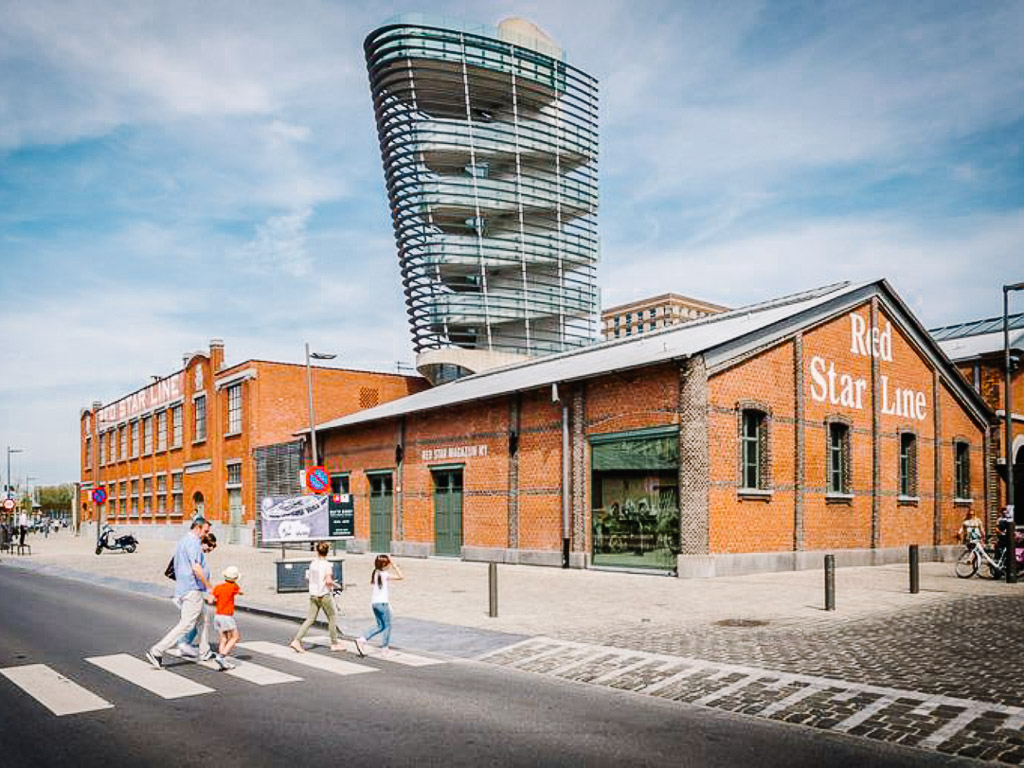 Before and after: The historic harbour sheds of the shipping company Red Star Line, where millions of Europeans passed through enroute to America were transformed into the Red Star Line Museum, where stories of migration are showcased. © stad Antwerpen

Large-scale reconfiguration of the city

Antwerp’s ring road is a major infrastructure that divides the city into its inner and outer parts. It also disconnects residents in the former from greenery. For two decades, plans to close the ring road loop have reached a deadlock due to severe opposition over the disamenities of increased traffic, air and noise pollution.

A group of local citizens from various backgrounds gathered to propose the idea of covering the ring road as a sustainable solution for improved mobility, living conditions and increased greenery. What was a confrontational situation was thus turned into a long-term collaboration that could benefit from citizen involvement and knowledge.

To do things ‘slow’, the city appointed an independent curator backed by a design team to oversee the project and engage with some 4,000 citizens. To do things ‘small’, the city divided the massive project into six smaller sections and called for international design teams with a multidisciplanry mix to work on each section. 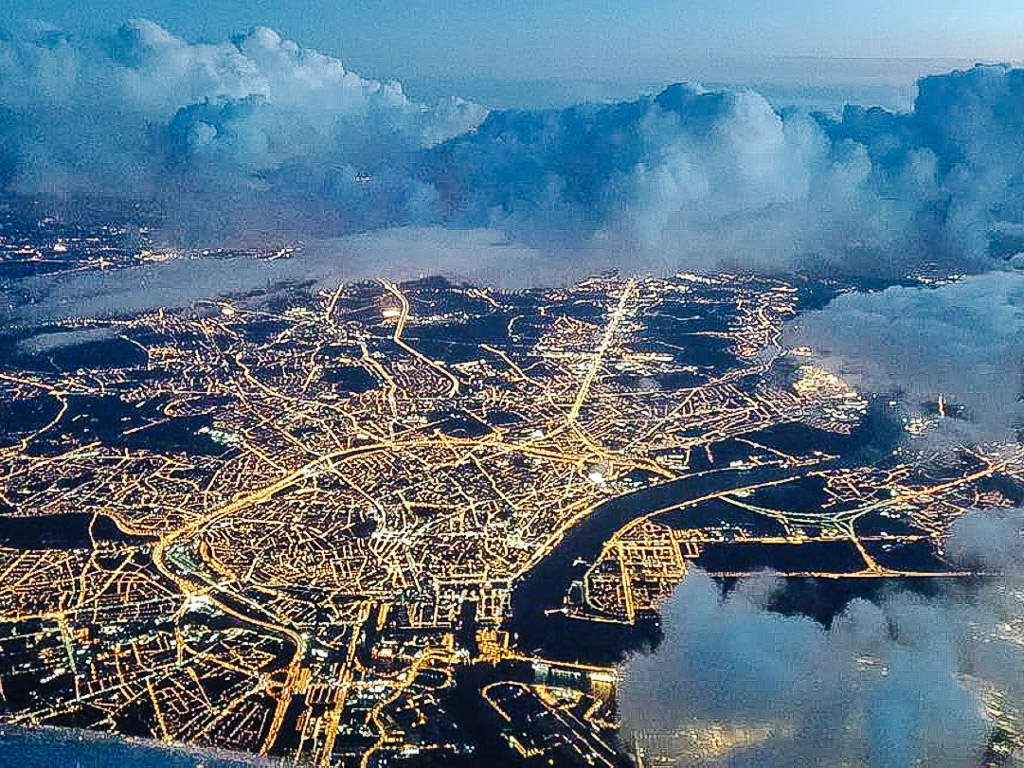 A bird’s eye view of Antwerp, showing the ring road that separates the inner city from the outer city. © stad Antwerpen 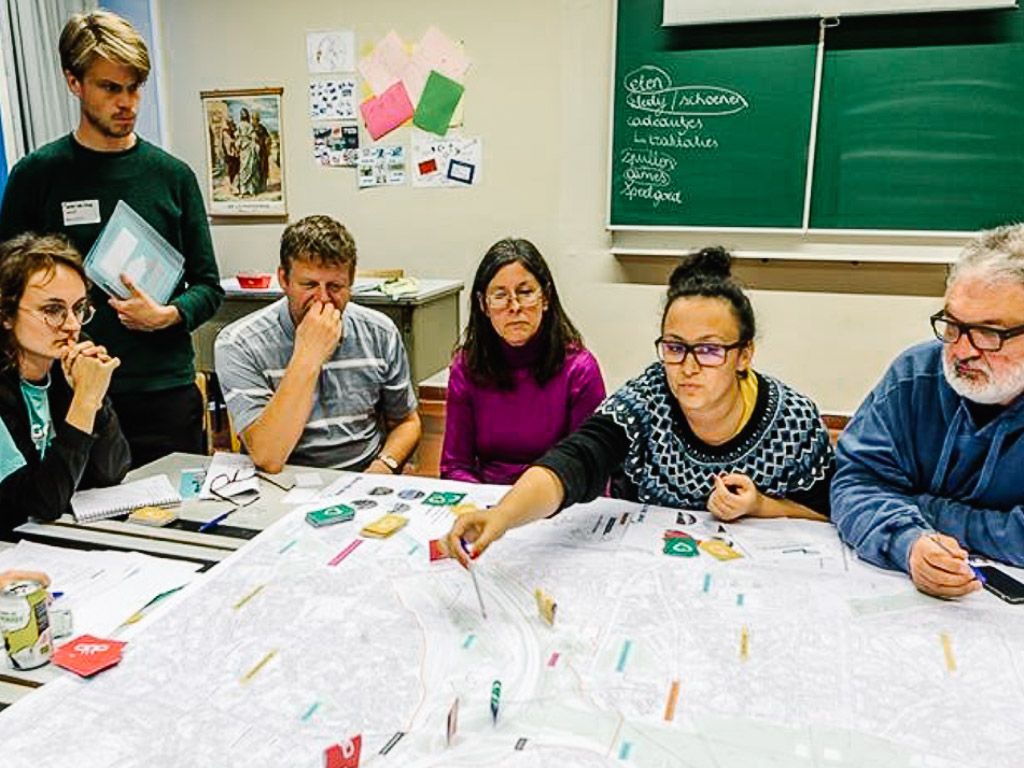 The design teams, assisted by the city’s experts, were mandated to co-create the projects in their sections with citizens. © stad Antwerpen 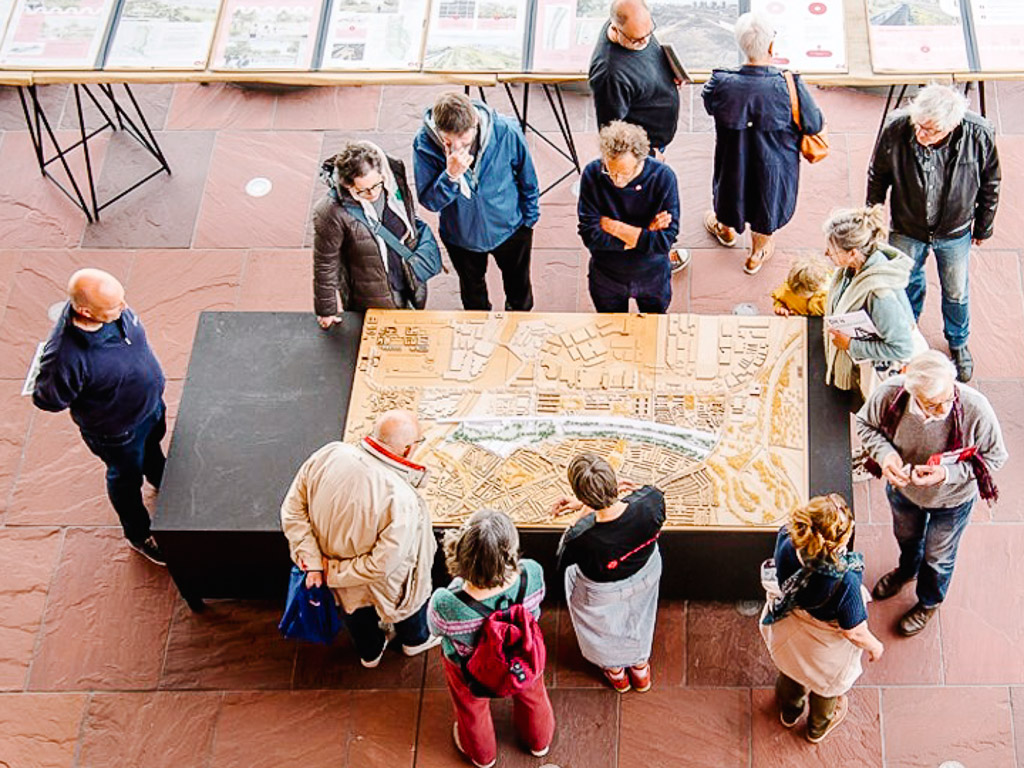 Public consultations were known as ‘Ring Days’, where concerns and ideas were gathered from the locals. © stad Antwerpen 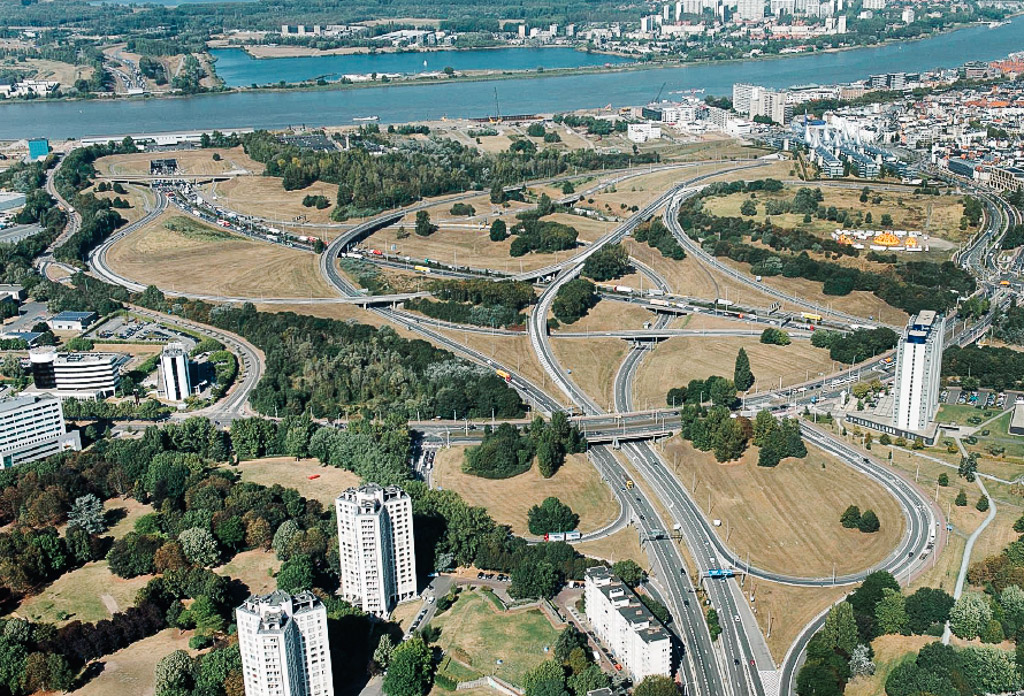 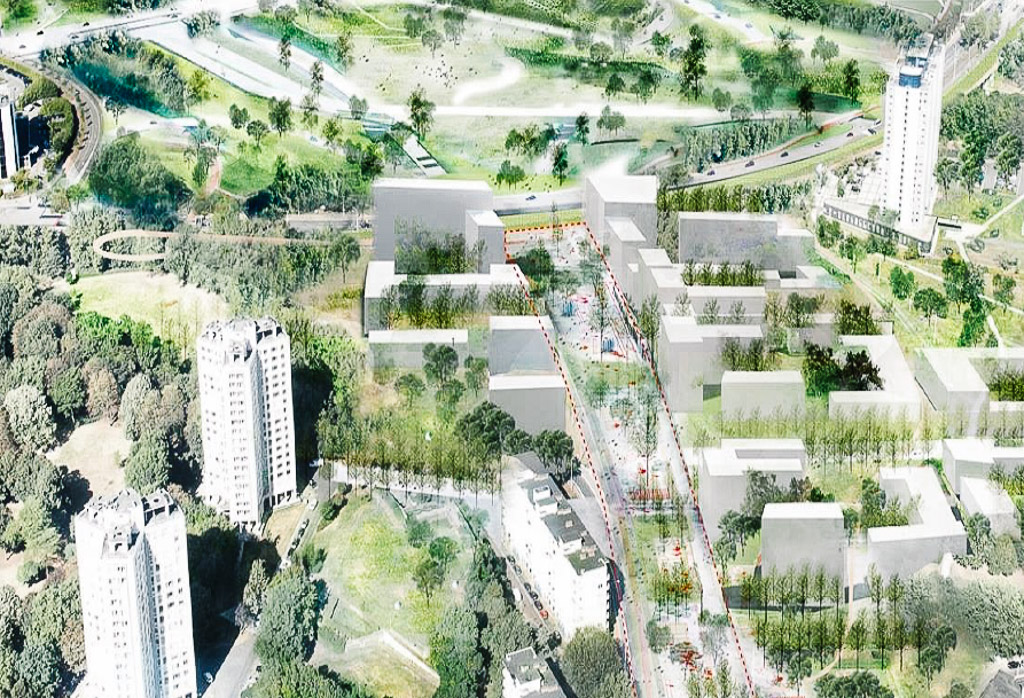 Before and after: An example of an idea at a section of the ring road, showcasing how new parks and greenery can help to bridge previously disconnected neighbourhoods to create new public spaces. © stad Antwerpen 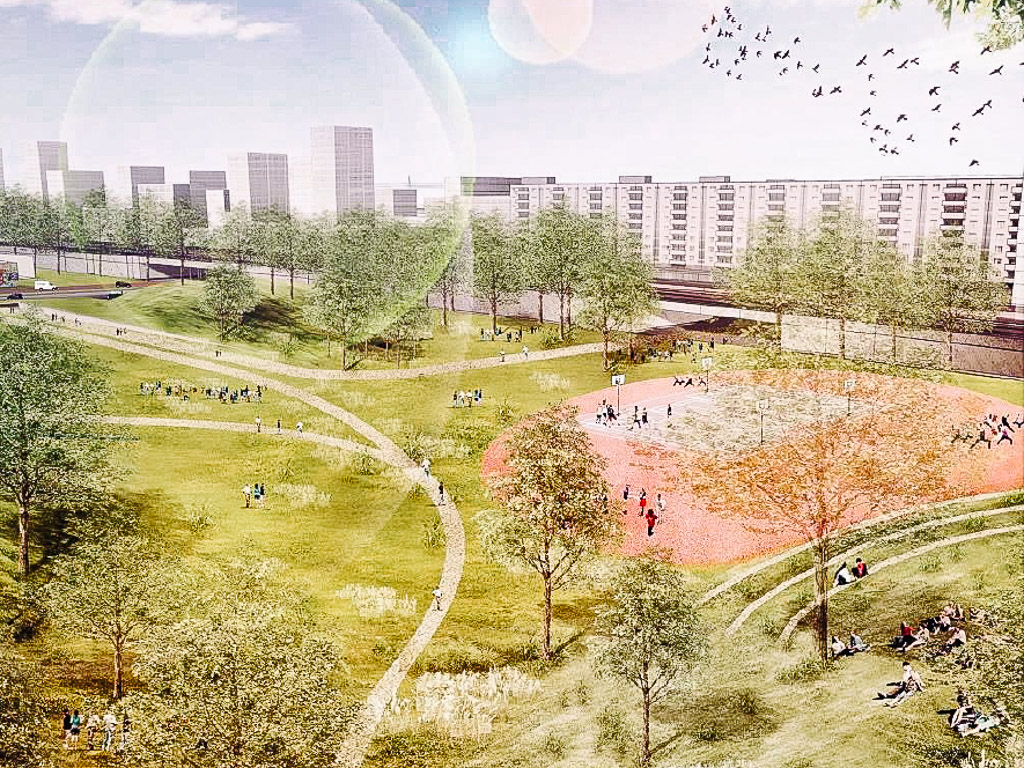 Another example of how new public spaces and opportunities for new developments such as offices, homes and schools can be carried out. © stad Antwerpen