Vienna, the 2020 Prize Laureate, has been at the forefront of efforts to limit the adverse effects of and adapt to climate change. We look at the ground-breaking initiatives which have slashed its carbon emissions per person and raised the quality of life for residents. 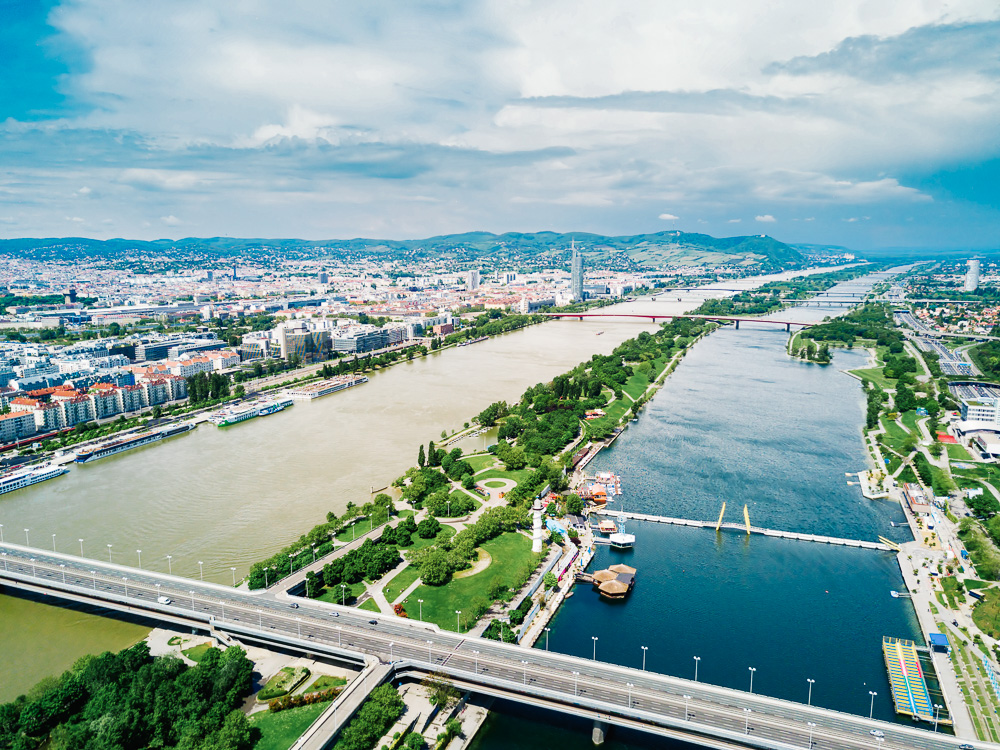 For Vienna in Austria, care for the environment has been a core principle of its urban planning for decades. When the city launched its Vienna Climate Roadmap in January 2022, its Mayor Michael Ludwig noted that it adopted its first climate protection programme more than two decades ago, in 1999. Since then, it has reduced its carbon emissions per capita by almost 40 percent while improving its residents’ lives. It also aims to be carbon-neutral by 2040.

“We have one of the densest public transport networks, are among the best in Europe when it comes to eco-friendly district heating and have over 50 percent of our land area dedicated to green spaces. We are in a very good position and will continue to intensify our efforts in climate protection in all areas of the city,” said Mayor Ludwig during the roadmap’s introduction.

The city’s commitment to the environment is one reason that it was awarded the 2020 Prize. The Prize’s jurors said: “Even as the world faces a climate emergency, Vienna is an exemplar of responsible environmental stewardship for its region. It holds many lessons for us, as it has met the needs of modern society in a sustainable way while retaining its attractiveness and charm as a city of history and culture.” 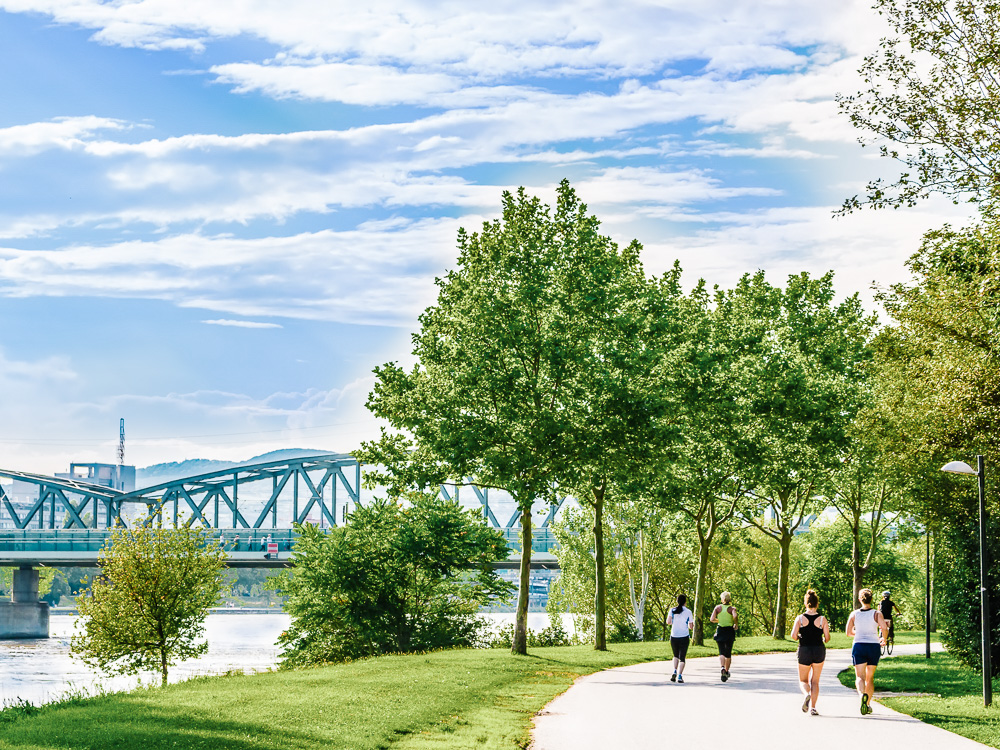 Even before the city implemented its first climate protection programme, it conducted studies and built defences to reduce its flood risks. One ambitious project, which consisted of excavating a flood control channel called the New Danube, and using the excavated soil to create a recreational island named the Danube Island, was finished in 1989. The undertaking both raised the city’s flood protection and added a centrally-located closed water body and large public park for outdoor activities.

The 21-kilometre flood control channel, which runs parallel to the Danube River, can divert 5,200 cubic metres of water per second from it. The city estimates that this will enable it to cope with otherwise catastrophic river flows of 14,000 cubic metres per second, which are statistically expected to occur only every 3,000 to 5,000 years. The channel proved its value in July 2021, when the city recorded more rainfall in three hours than ever before, with the torrential downpour causing only minor damage.

With climate change accelerating since the city constructed the Danube Island, it also started a five-year project in 2018 to further green it. The measures include expanding its green spaces, installing a wind-powered ditch irrigation system and using a flock of 70 sheep to graze on grassland in lieu of lawnmowers. These will decrease the island’s carbon emissions by up to 20 percent and maintenance costs by up to 15 percent.

A green capital of the world 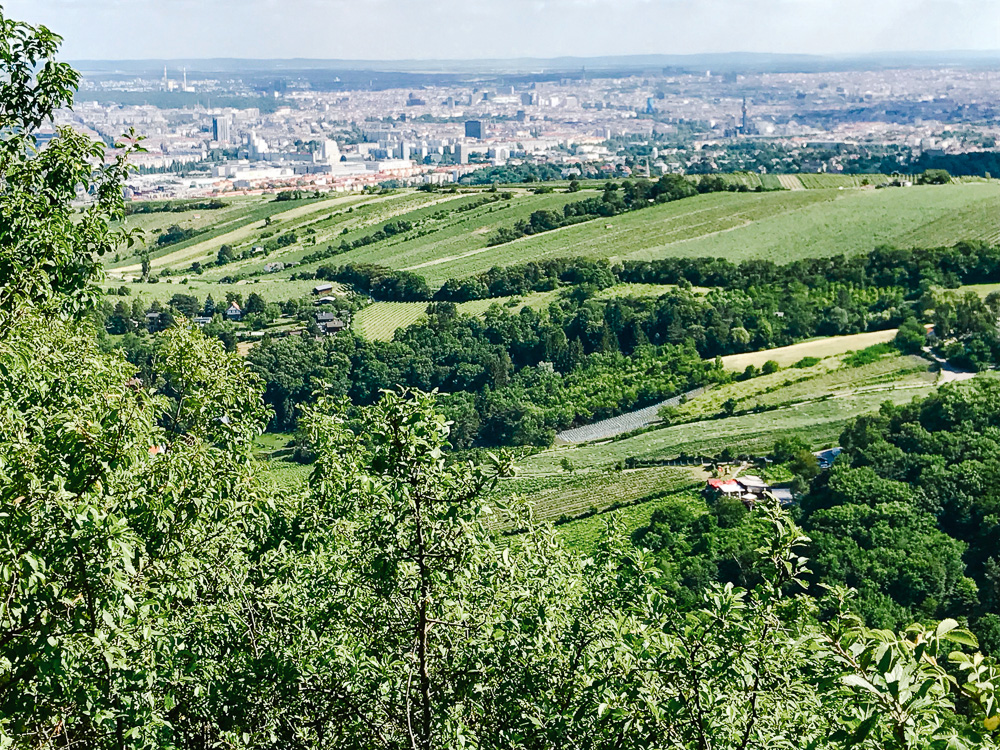 Over the years, Vienna has also enacted plans to expand its green and open spaces, boost its affordable and sustainable housing, and reconfigure its transport system to favour public transport, walking, cycling and other environmentally friendly travel modes. Its STEP 2025 urban development plan, adopted in 2014, sets out targets and initiatives in all three areas.

To maintain its remarkable share of greenery, it produced guidance on how to build 12 different kinds of green and open spaces to meet a range of constraints and needs. These include greening streets by investing in grass verges, pavement trees, sidewalk gardens and other vegetation, turning open spaces in schools, kindergartens, sports complexes and other buildings into community allotments, and making green axes out of walking and cycling paths.

The city also develops local green plans when it embarks on renewal, densification and other projects to change parts of the city. These plans explain how it will guarantee diverse green and open spaces and must fulfil conditions such as delivering at least 3.5 square metres of such spaces per resident in the neighbourhood. The city currently has an average of 9.3 square metres of green space per person.

It also continues to set aside land plots, and rehabilitate brownfield sites, into parks. By 2025, it will convert its former Nordbahnhof railway station into a 93,000-square-metre park and nature area, called Freie Mitte, with features such as cycling lanes, skate parks, and a wildlife reserve. Freie Mitte will be its largest new park since it built the Kurpark Oberlaa Park in 1974.

A leader in sustainable housing 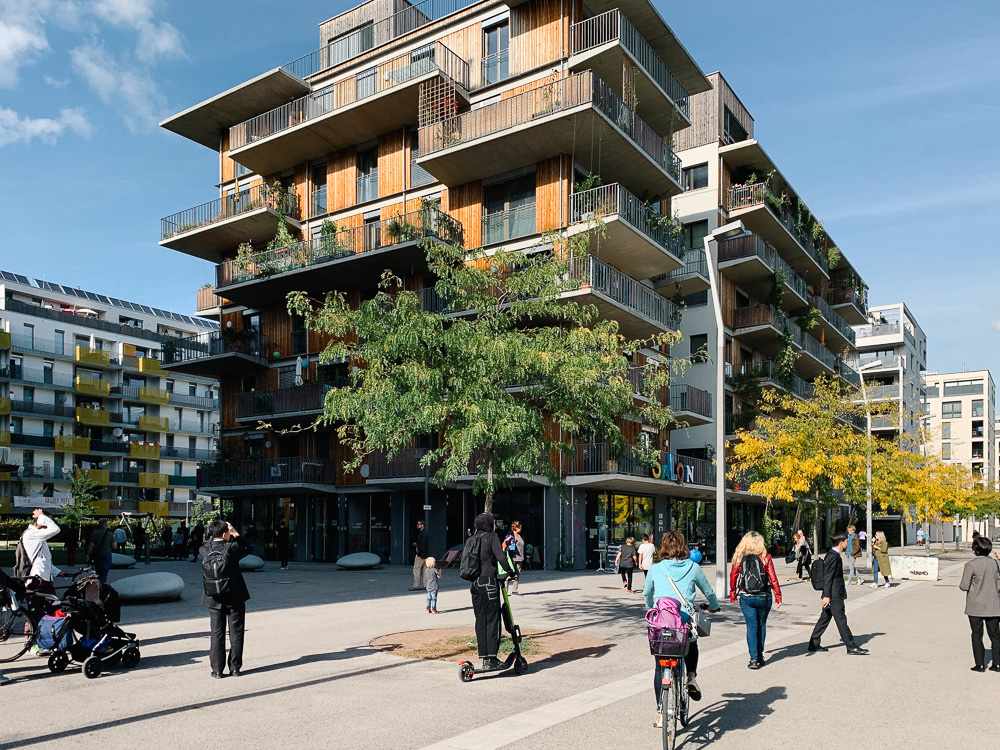 As Vienna’s population grew, it introduced measures to keep housing affordable and sustainable too. Since the city completed its first municipal housing estate in 1925, it has erected about 220,000 low-rent public flats that house about 500,000 people, or a quarter of its population. Successful applicants, who must meet age, income and other criteria, also do not have to pay deposits, commissions or contract fees, making the flats the least costly form of housing in the city.

Vienna has funded another 200,000 subsidised apartments, run by co-operative housing associations, that are home to another quarter of its residents. “The 420,000 municipal and co-operative flats exert an effect on the entire housing market, and contribute to keeping rents affordable even outside the subsidised sector,” the government said.

By taking a larger role in housing, the city has reined in its building sector’s impact on the environment. Since 1998, it has mandated low-energy standards for new public and publicly-subsidised flats. These standards were also raised in 2007. Electricity for heating, which consumes the most power in its homes, for example, is now limited to 30 kilowatt-hour per square metre per year. The city estimates that its social housing averts about 371,000 tonnes of carbon dioxide emissions annually.

It has gone further in recent years. In June 2020, it designated three areas as its first ‘climate protection areas’, where new buildings are only permitted if their proposed system to provide heating and hot water is climate-friendly. It intends to create more of such areas, and added: “As a next step, climate protection areas shall be extended to phase out fossil fuel heating and cooling systems in existing buildings.”

“We will continue on our consistent path of high quality of life for everyone through social and technical innovation in all areas, while maximising the conservation of resources and being a reliable partner for others.”

A model for eco-friendly mobility

Vienna has also made strides in cutting the carbon from its transport system. Today, only a third of the population owns a car. Taking public transport is the most common way of getting around, making up 38 percent of passenger trips. Walking has replaced the car as the second most popular transport mode, at 28 percent and 27 percent respectively. Cycling accounts for the remaining seven percent.

The city facilitated the shift towards sustainable transport by investing in its bus, train, tram and cycling networks, and making it easier and more affordable to use them. It lowered the price of an annual public transportation ticket to €365 (approximately USD $397), or €1 per day, spurring more residents to give up their cars. It also created WienMobil, an app that combines various mobility providers’ offerings, such as bicycle and car-sharing services, so that people can easily plan and pay for greener journeys.

More recent policies have further discouraged private car use and persuaded commuters to switch to public transport. The government eliminated free parking throughout the city in March 2022, and will expand its Park and Ride system, where long-distance drivers leave their vehicles in car parks on the city’s outskirts to take public transport, by 3,000 spaces by 2024. It will also complete a new tram line by 2025, and a seven-kilometre-long cycling highway within the next few years.

“With this package of measures, we are taking the right step towards promoting climate-friendly mobility,” said Mayor Ludwig. He added of the city’s Prize: “I am very proud and grateful that Vienna emerged as the winner among many other wonderful cities. We will continue on our consistent path of high quality of life for everyone through social and technical innovation in all areas, while maximising the conservation of resources and being a reliable partner for others.” O