Shaping Vienna from the ground up

How can cities build a stronger and more sustainable society for the future? Vienna shows us how by enlisting its citizens early and often in its urban development process, and empowering them to work with one another to lead projects to improve their neighbourhoods. 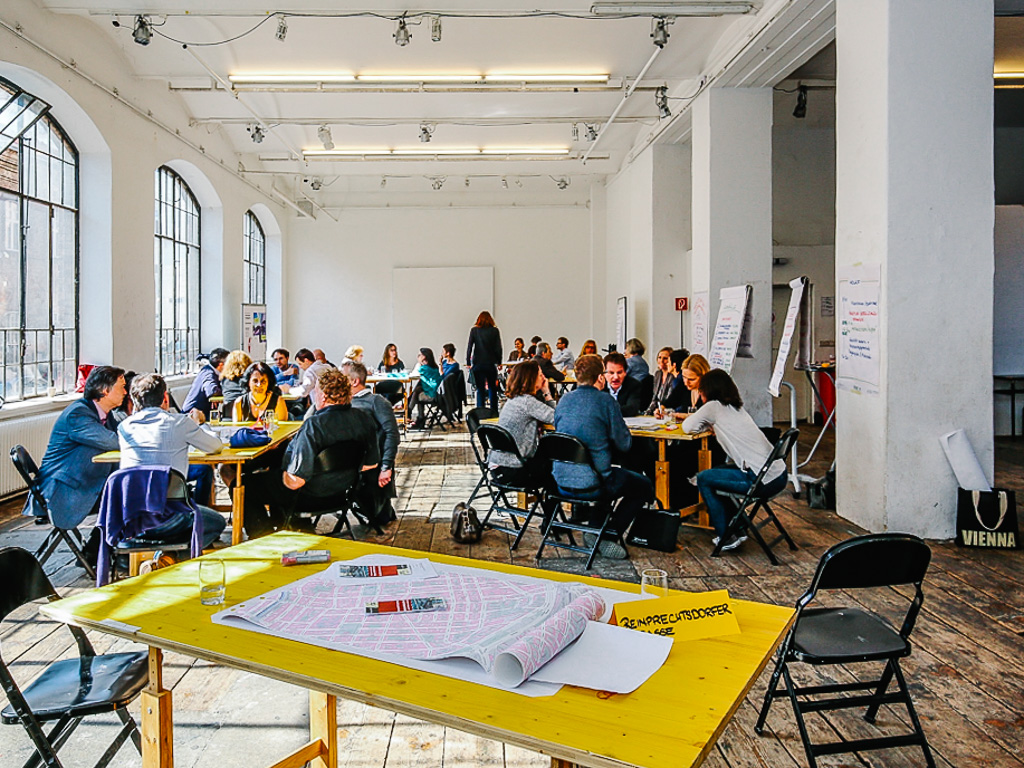 What better way to improve the lives of people than to engage them directly in the process? In 2019, in a bid to find out more about the interests, concerns and needs of its younger residents, Vienna hosted an extensive 1,300 workshops involving more than 22,500 youths and children. The city then used their feedback and suggestions to formulate its inaugural five-year Children and Youth Strategy that was launched in 2020.

For example, the city committed to giving its young residents opportunities to plant trees and spend at least one day in nature each year as part of their classes so that they can learn more about the environment. It will also set up a free and anonymous service for youths to discuss their mental well-being with trained counsellors, install lower handles for children on public transport, and commit 1 million Euros (approximately 1.04 million USD) each year to projects led by and for the youngsters.

For Vienna Mayor Michael Ludwig, the project was historic in its focus and scope, and continued the city’s long tradition of civic participation. He said: “A city that knows the needs of its residents has the chance to become a better city. The fact that this project offered the youngest among us a first opportunity to experience democracy, and to discover their own capacity to act, is also of immeasurable value.”

For decades, Vienna has empowered citizens to shape its future. It has consulted them on urban development plans and long-term goals. It has also created platforms for them to propose and lead projects to boost their neighbourhoods’ liveability. 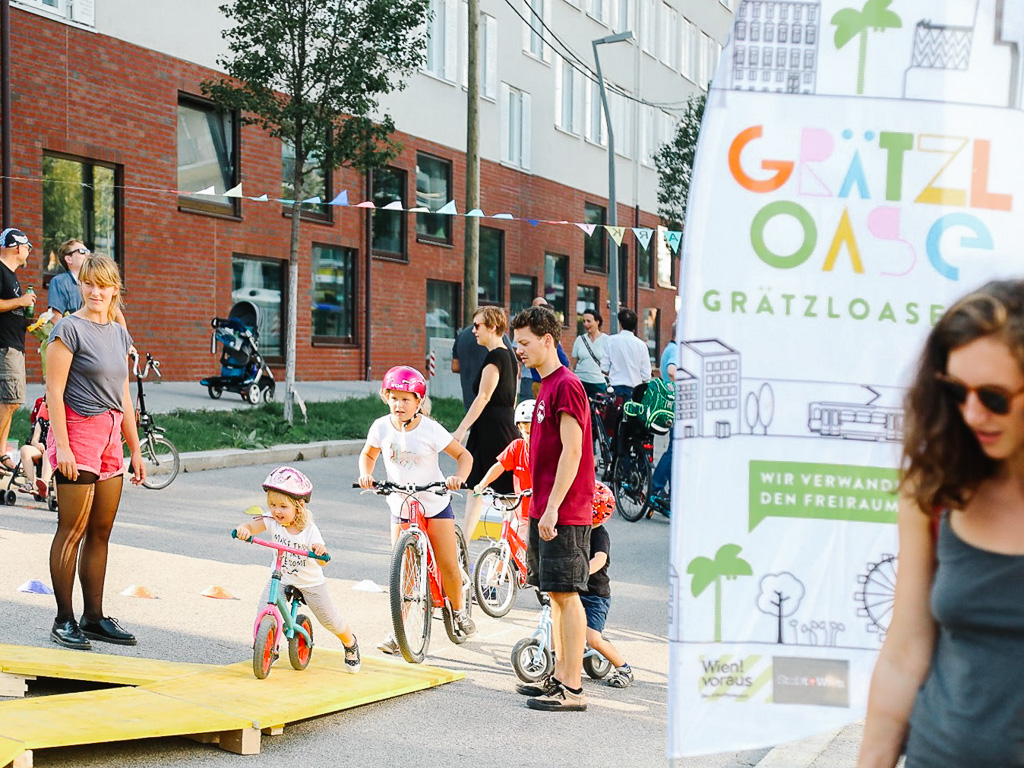 For example, the city operates ‘Local Agenda 21’ (LA 21), district-level programmes where residents and public officials cooperate on projects to enhance their neighbourhoods. Each programme typically lasts four years and receives about 100,000 Euros (approximately 105,200 USD) in funding per year.

Under the programme, residents can form groups to submit ideas, and a committee partly composed of residents decides which to pursue. This has enabled districts to better tailor development to residents’ wishes. In Alsergrund, a district with many Jewish households, the programme has financed memorials to the community’s World War II victims, in addition to allotments, gardens, weekly organic markets, a skate park and more.

In 2015, Vienna initiated the ‘Grätzloase’ (Neighbourhood Oasis) programme that invites citizens to revitalise public spaces. They can apply individually or in teams to get up to 4,000 Euros (approximately 4,200 USD) for proposals to liven up public spaces, strengthen social cohesion in the neighbourhood, encourage participation in activities and other criteria. A jury made up of representatives of several government agencies and departments evaluates the submissions.

Between 2015 and 2021, the city funded about 475 such projects. The residents turned an array of parking lanes into 288 green parklets, and organised events ranging from street festivals to outdoor sports tournaments, movie screenings, concerts, neighbourhood breakfasts and cooking and baking lessons.

More recently, it has streamlined applications for the use public spaces, including hosting neighbourhood events and setting up outdoor seating areas for cafes. By end-2022, instead of seeking separate approvals from government agencies, residents will only need to complete a form for each application on a new dedicated online portal, which contains information about permits and fees, and a digital assistant to guide them.

“Public space is valuable and belongs to everyone, and everyone should be able to use it to co-shape, discover and enjoy their neighbourhood,” the government said. “By making the steps to use public space as easy as possible, we can build a more liveable and inclusive city with engaged citizens.”

A shared effort for sustainability

“By making the steps to use public space as easy as possible, we can build a more liveable and inclusive city with engaged citizens.”

Residents too are at the heart of Vienna’s innovative initiatives in renewable energy and electric mobility, as the city continues on-track to be carbon-neutral by 2040. In the past decade, energy provider Wien Energie has built 28 solar power plants and four wind turbines that were financed entirely by the public.

Citizens can buy solar panels or shares of wind turbines in proposed installations and get a percentage of their investment as dividends annually for the first five years after the power plants are approved and completed. They are refunded the original amount at the end of the plants’ lifespan, or if they withdraw from the project.

Over 11,000 citizens have collectively invested over 39 million Euros (approximately 41 million USD) in the plants, which have generated over 60,000 megawatt hours of green electricity and averted over 17,000 tonnes of carbon emissions. Residents who stay in rented homes may not be able to install solar panels on their roofs, as such this communal funding model benefits the environment, the investors, and utilities.

Other schemes are geared at the district, estate or even building level. In 2018, Vienna pioneered Austria’s first ‘energy community’ in its Viertel Zwei district, with an online platform for residents to invest in solar panels and sell their surplus energy either to neighbours or on the city’s electricity exchange. For example, a family going on vacation can sell its generated energy, thus preventing waste while earning extra income. All 100 households in the district have participated, and the city is replicating it in other areas.

In mobility, the city is piloting electric vehicle (EV)-sharing models that are based in apartment complexes for convenience. In an ongoing trial in the Hauffgasse district, tenants pay half-price to rent on-site EVs if they help to upkeep them. The city recently closed a 1.2 million Euro (approximately 1.26 million USD) grant call for more of such hyperlocal sharing schemes13 to overwhelming response.

A mass movement for mobility 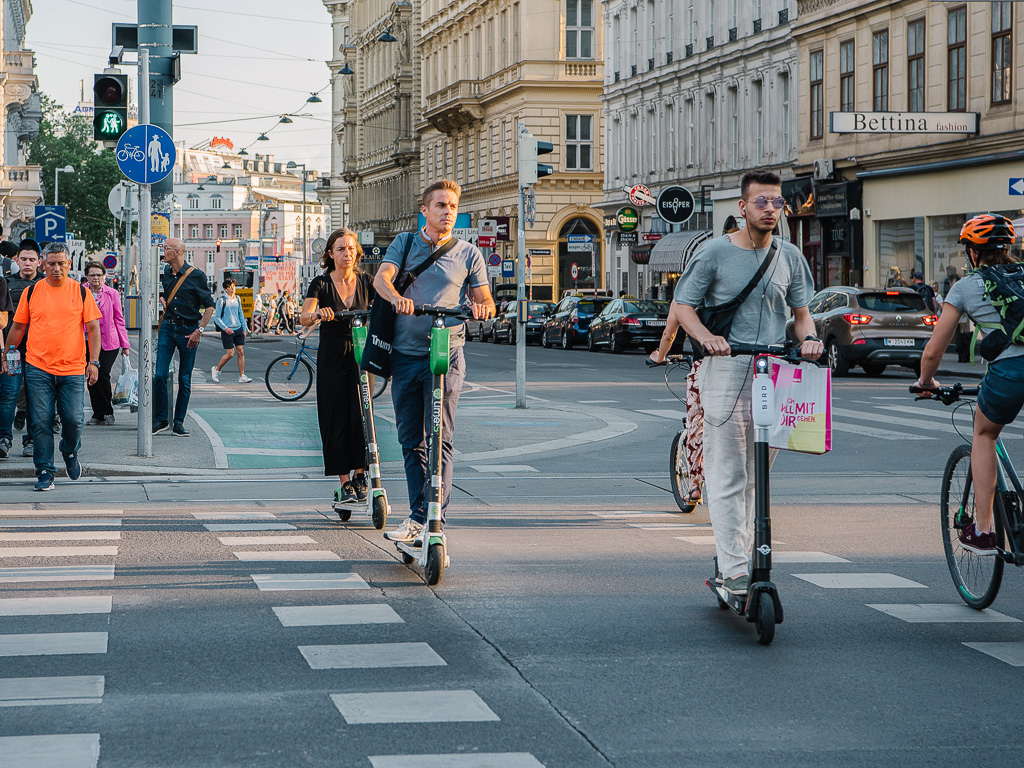 Constructed on a former airfield, Vienna’s new Aspern Seestadt district offers lessons in mobility and citizen participation. Over 13,200 people already live and work in the area. When it is fully completed in 2028, it will have homes for over 20,000 people and thousands of workplaces. Complementing its extensive public transit network, wide cycling paths and generous sidewalks, mobility suggestions from the public have helped to achieve 38 percent of trips by public transport, 28 percent on foot and seven percent by bicycle.

To discourage private vehicle ownership, the district provides just 0.7 parking spaces per home, concentrates them in underground carparks, and requires their operators to pay fees into a Mobility Fund that finances eco-friendly ideas from the public. This helped to fund a shopping trolley for every household to spur walks to supermarkets and stores, a bicycle-sharing scheme that includes electric cargo bicycles to safely transport children and goods, among others.

Residents also get a free ‘Seestadt Card’ valued at 10 Euros (approximately 10.50 USD) that they can use to access and pay for all mobility options, including future mobility offerings. With the convenient alternatives, the district achieved a low private car ownership rate of only 255 cars per 1,000 residents.

Vienna’s government noted in its Children and Youth Strategy: “Similar to a car which is taken for inspection, residents can check over a city to find out what is working well, what is running smoothly, what needs to be improved and what is missing.”

“Furthermore, a truly sustainable development which is fit for the future can only be accomplished if all people who live in Vienna have a chance to participate in it and actively do so, by taking part in discussions, being involved in the development and implementation of projects, contributing their knowledge and experience, and making responsible consumption and mobility decisions. This is why the city actively promotes citizen participation.” O