From converting a vehicle overpass into a sky garden to reviving a waterway that was covered by a highway, Seoul has been reclaiming public spaces for a better and more sustainable city. These efforts, as well as its innovation in rejuvenating deteriorating neighbourhoods, helped the city win the 2018 Prize. 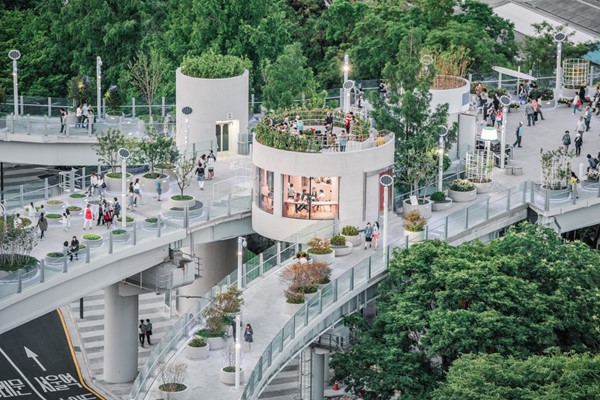 Visit the Mapo Culture Depot in Seoul, South Korea, and you will find a spacious park filled with a multipurpose pavilion, an outdoor amphitheatre, exhibition spaces and a cafeteria for visitors. Just a few years ago, however, it was a disused oil storage facility that had been shut down since 2000 due to its potential risk to a nearby soccer stadium.

Since the 1990s, Seoul has embarked on a series of projects to rejuvenate its deteriorating neighbourhoods, reclaim its abandoned spaces, restore its natural greenery and streams and change its car-oriented transportation system to one that prioritises walking, cycling and public transport services.

These efforts have helped the city become more vibrant and sustainable, and improved its citizens’ quality of life, which are among the reasons that the city was awarded the 2018 Prize. The Prize jurors noted that the city’s transformation points the way for other cities struggling with transportation and urban decay issues.

“The underlying emphasis is on improving sustainability and the quality of life. That is the essence of preparing for the future.”

In an interview with the Urban Redevelopment Authority Singapore (URA) in 2018, Seoul’s then-Mayor Park Won-soon noted that the government’s efforts to promote walking, cycling and public transportation have helped to reduce congestion in the streets and improve people’s health. “When you have fewer cars, you have cleaner and fresher air,” he explained.

The Seoul Metropolitan Government has installed thousands of bicycle stations across the city, equipped them with more than 20,000 bicycles for sharing, and introduced bicycle lanes. “We are also looking at converting more car lanes into pedestrian or bike lanes, and having more public transport-only zones and pedestrian-friendly boulevards,” then-Mayor Park said.

In 2014, the government broke new ground by creating the city’s first transit mall – a street or set of streets where private vehicles are banned or greatly restricted – along the Yonsei-ro street. Located near to the Yonsei University, the street was infamous for its frequent traffic jams, poor walkability and vehicle-related accidents.

Today, private vehicles are banned from passing through or stopping in the street. Vehicles entering the street for business purposes can do so only during restricted day-time hours and must obtain prior approval. On the other hand, vans carrying more than 16 passengers, emergency vehicles and bicycles are allowed in the street at all times. At the same time, the government has increased the number of bus routes and buses serving the area. 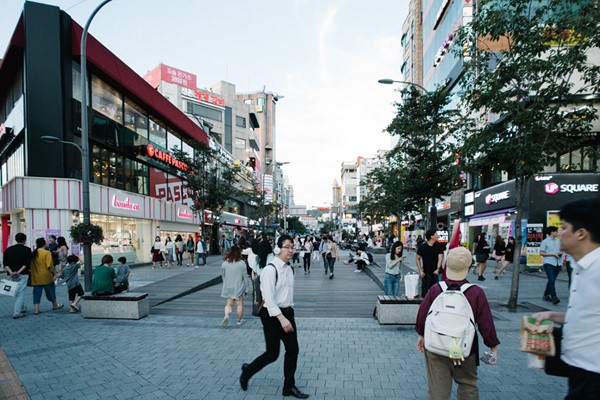 In a 2017 report on the role of governance in Seoul’s urban transformation, researchers at the Seoul Institute, the government’s official think-tank, noted that the transit mall has had a positive impact in many ways. After it was opened, the number of traffic accidents in the area fell by 35 percent in a six-month period compared to the same period in the previous year, and more people started using buses instead, the researchers said.

Other projects have underlined the city’s commitment to reclaiming spaces previously ceded to cars. In the 1970s, the Cheonggyecheon stream was paved over and an elevated highway constructed above it to cope with rising traffic volumes. By the 1990s, the 5.8 km-long highway was dilapidated and constantly posed safety risks despite costly yearly repairs.

In August 2003, the highway was demolished and the stream restored over the next two years. This was a significant turning point in the city’s evolution as its planners had decided that the project would serve as a focal point for urban regeneration in the heart of Seoul and spur more sustainable development.

To make up for the highway, which transported more than 170,000 vehicles a day, the government built 200 km of bus-only lanes and initiated free transfers between buses and the subway. This helped the city to reduce its residents’ use of cars. Urban planning experts and government officials now visit Seoul to learn more about the restoration project. 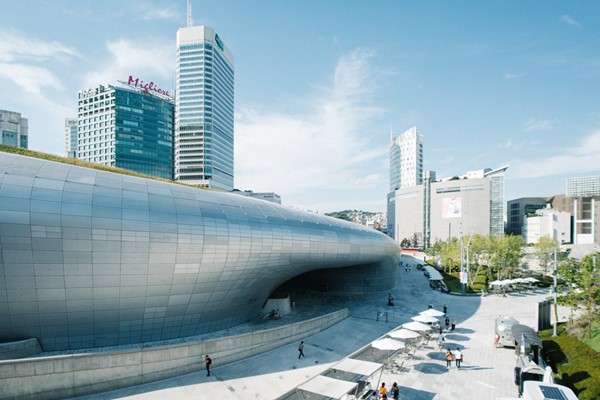 Seoul has also creatively revitalised several of its mature and deteriorating estates. In the 1960s and 1970s, the Dongdaemun district was a manufacturing hub where sewing factories and fashion outlets flourished. By 2006, the factories had moved abroad in search of cheaper labour, and vacancy rates in the area’s shopping malls were reaching as high as 50 percent due to the rise of online shopping.

The government developed a plan to refashion the Dongdaemun area as a world-class centre for culture and design. The Dongdaemun Stadium was demolished and replaced with the plan’s centrepiece: the now-iconic Dongdaemun Design Plaza.

The areas around the plaza were transformed into creative districts for fashion, broadcasting, movies, gaming and financial and retail services. Since the plaza’s opening in 2014, it has sparked 881.7 billion won (US$817.2 million) worth of production and created 5,129 jobs, according to estimates by the government.

In the 1960s, the Sewoon Sangga complex, comprised of seven large buildings laid out in a row, was built as South Korea’s first mixed-use residential and commercial property. After leading the development of the city’s electronic and electrical industries in the 1970s and 1980s, it began to decline as its functions were overtaken by other areas such as Gangnam.

In 2014, then-Mayor Park announced that the complex would be redeveloped into ‘Makercity Sewoon’, a hub for technology, manufacturing and business start-ups. Elevated bridges that had been torn down were rebuilt to reconnect the complex’s seven blocks, and new studios and retail units were added along pedestrian walkways.

Start-ups can now use business incubation spaces in the complex, called ‘Makers’ Cubes’, for creative development activities, such as the design and fine-tuning of drones and smart medical devices. The Seoul Metropolitan City Social Economy Support Centre has also opened an office there to provide help to social economic organisations.

Seoul’s Deputy Mayor Jin Hee Seon told the URA: “As the hub of 7,000 companies and more than 20,000 engineers, the Sewoon complex is changing into an innovation base to lead the revival of our urban manufacturing industry in this age of the fourth industrial revolution.” 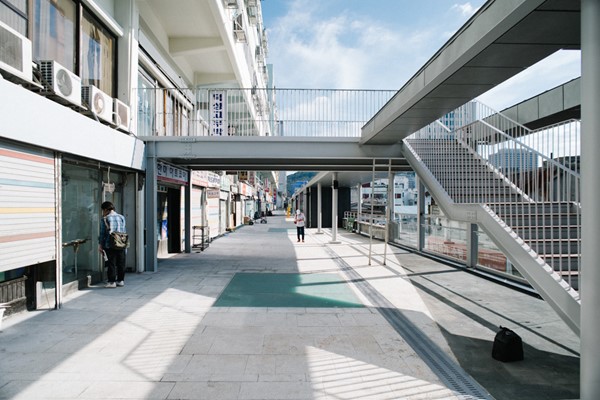 Preparing Seoul for the future

One of Seoul’s most lauded projects was the transformation of the Seoul Station Overpass into a sky garden. The overpass was built in 1970 as a major driveway to connect western and central Seoul. After more than 40 years of heavy use, it was closed in 2015 due to safety concerns.

While some had called for the overpass to be demolished, then-Mayor Park, inspired by New York’s High Line, decided to convert it into a park instead. “Instead of tearing it down, we decided to transform it into a pedestrian road, aiming to not only revive the elevated road but also turn it into a place where people can come together,” he said.

Seoullo 7017 – the park was named after the overpass’s construction in 1970 and the completion of its transformation in 2017 – opened in May 2017. It features more than 24,000 plants and trees that grow in giant pots that also double as benches, as well as event spaces, shops and five eateries. It has 17 entry points now and more links will be built to adjacent neighbourhoods.

Renowned Dutch architect Mr Winy Maas, who designed the park, said that it preserves the overpass’s history, adds greenery to the city, reduces the use of cars and promotes walking, all of which dovetail with then-Mayor Park’s priorities for Seoul. Mr Maas added: “The garden is unique to Seoul, and makes the city a nicer and better city for its citizens.”

For then-Mayor Park, these priorities are part and parcel of preparing Seoul for the future. He said: “We have many projects going on concurrently, spanning regeneration, transportation, new infrastructure and so on. But to me, the underlying emphasis is on improving sustainability and the quality of life. That is the essence of preparing for the future.” O