From the ‘city of cars’ to its transformation into a far more human-centric metropolis, the story of Auckland’s urban reinvention illustrates how a city defined by decades of poor urban design and infrastructural deficit is able to turn around to become one of the world’s most liveable cities, through a design-led vision and strong leadership.

Cities mentioned in this article:
Auckland 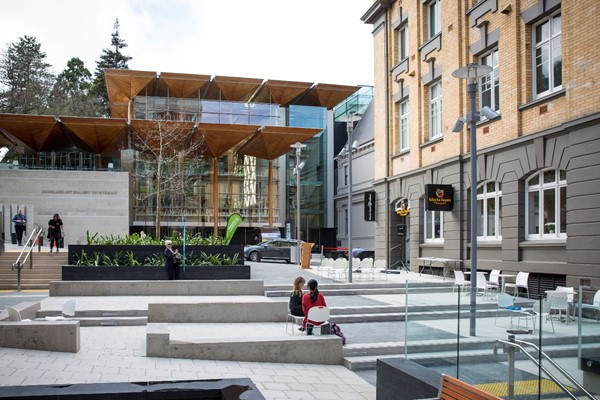 Auckland today is well on its way to becoming one of the world’s most liveable cities, with urban design playing a leading role in its redevelopment. However, as recent as a decade ago, the city was defined by poor quality urban design – its form and function catering to vehicles rather than people. With one of the highest ownership of cars per capita in the world, the city of sails was more often dubbed ‘the city of cars’.

In the early 2000s, Auckland finally acted to stem its increasing lack of liveability with the establishment of an urban design panel in 2003 to review development proposals. Recognising that a more coherent, informed approach was needed for Auckland’s reinvention, the city took a critical step forward in 2006 by appointing its first urban design champion to drive better quality, design-led development.

Having helmed successful urban planning and transformation projects in London and Cape Town, Auckland’s first urban design champion, Ludo Campbell-Reid, immediately saw the challenges faced by the city. “When I arrived in 2006, Auckland lacked intensity and density. It was very much designed for rush hour traffic,” Campbell-Reid recalls. “The city felt insecure and lacked a sense of humanity and confidence, yet it was surrounded by the most beautiful landscape on earth. So there was this huge dichotomy where there was this very harsh, bland city in beautiful surroundings.”

Reinventing a car-obsessed city burdened by infrastructural deficits required a long-term strategy to tackle the issue from several fronts. For Auckland, the journey began with placing design first.

“When I arrived in 2006, Auckland lacked intensity and density. It was very much designed for rush hour traffic. There was this huge dichotomy where there was this very harsh, bland city in beautiful surroundings.”

Taking inspiration and learning points from design-led cities such as Melbourne and New York, Auckland’s leadership saw the potential catalytic role of good urban design in spurring creativity in its businesses, government and people while creating a more liveable and vibrant environment. Design was thus instituted at the core of Auckland’s urban revitalisation strategy, shaping policies and redevelopment projects – major public and private development proposals now had to go through a design peer review.

Strong leadership and support for design-led initiatives were crucial, as Campbell-Reid notes, “There were a few critical pieces of the jigsaw puzzle. First, you’ve got to have leadership from the very top. I’ve had incredible support, bipartisan support. Design can bridge political and professional divides. I’ve worked with three mayors. When the mayor is behind you, it gives you a sense of confidence. Then you need to appoint a strong design champion, at as high a level in the organisation as possible.”

Auckland’s drive for good design gained stronger momentum by 2010, when the city simplified its governance structure and developed its master plan underpinned by the idea of a design-led city. Landmark projects, such as the redevelopment of the waterfront at Queens Wharf and Wynyard Quarters, the extensive renovation of Auckland Art Gallery and implementation of shared spaces for pedestrians and vehicles in the city centre, reinvigorated the cityscape.

In 2013, the city released the first Auckland Design Manual, a resource for stakeholders in design, building and development to share their guidance and best practices. Within the same year, Auckland approved its public art policy, aimed at incorporating art in public spaces. This string of initiatives within a few years propelled the city’s embrace of sound urban design. 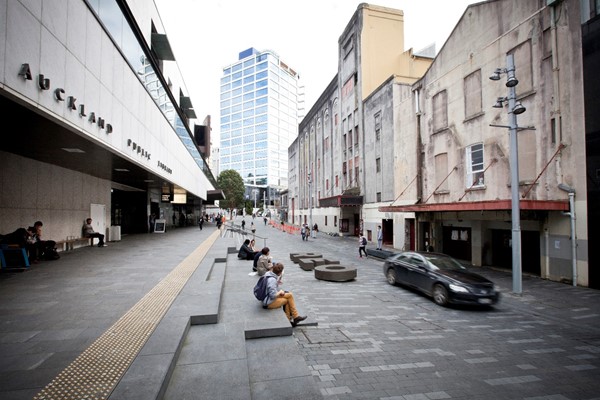 Reclaiming the city, project by project

Transforming Auckland from a motorway-centric to a human-centric city was one of the main hurdles Campbell-Reid and his team had to tackle. “The roads needed to go on a diet,” describes Campbell-Reid. “These multi-lane roads were used only during the rush hours in the morning and evening, and were empty the rest of the day.”

Convincing a city with a serious addiction to cars, however, required some strategy. Campbell-Reid recalls, “We started with lots, and lots, and lots of small projects done really well. Large projects tend to be polarising. When we do small projects really well, the goodness creeps up on the city. We started by taking back parking spaces, narrowing roads, changing traffic lights to favour pedestrians, slowing the speed limit on roads, planting trees etc to make the city feel more humane and human. We came up with the idea of shared spaces in the city centre, where pedestrians have the right of way, and there is no delineation between footpath and road. Gradually, these spaces became so popular that business communities said, ‘Let’s close the road.’ But if we had done that first, it would not have worked.”

With the introduction of shared spaces, people began returning to the city core. In certain areas, pedestrian foot traffic increased by 140 percent while retail hospitality takings grew by as much as 430 percent. Following the success, Campbell-Reid and his team began launching bigger initiatives. Redundant freeways were repurposed to become cross-city cycle ways, new parks and green areas were introduced, and under-utilised road infrastructure made way for public recreational space.

Care was also taken to ensure that the city was accessible by people of all abilities. For instance, in shared spaces, pavements with different surfaces were installed for areas where there used to be curbs, so that blind people could feel the transition into different zones. The city also began investing in public transport infrastructure, such as rapid bus and electric trams networks.

“I have worked around the world to transform cities, so I am quite familiar with what makes cities great. But those may not be the type of city that Aucklanders want,” says Campbell-Reid. “When I arrived in Auckland, there were those who told me that we should pedestrianise everything. But that would have been completely the wrong thing to do because of the severity of the issue, and we would have polarised the public. With the small projects, Aucklanders gradually come round to the idea of a human-scaled city.”

“With the small projects, Aucklanders gradually come round to the idea of a human-scaled city.”

As Auckland transformed, resources were invested to catalyse mindset change in its citizens. Free public talks on urban design by local and international experts were organised to inspire and engage citizens while raising design consciousness. Large-scale public consultations were undertaken to inform Auckland’s master plan for urban development.

“Everyone is now in the right space for change,” says Auckland’s then-Mayor, Len Brown. “They’ve stopped arguing with one another. One example; when we launched the first electric tram, I was in the carriage, and there was this mother sitting inside with her pram. And she said to me, ‘This is really great, what’s next?’ And I looked at her and thought, ‘Yep, Auckland is in the right mindset for change. This is the way forward.”

The city also ensured that its different stakeholders were engaged in Auckland’s reinvention. For instance, higher rates were collected from the business communities in downtown Auckland, and the accrued funds, administered by a board comprising leading figures in the district, went into urban projects in the area. This engendered a strong sense of ownership while encouraging business leaders to champion good design.

“If I think about the biggest success of Auckland’s transformation, it is really that sense that in 2006, I felt like a lone voice when I talked about urban design, and now, I don’t feel alone anymore,” shares Campbell-Reid. “Today, I have a team of 40 people from around the world, some of the best urban designers and architects. We have growing communities of practice in the private sector – the architects, urban designers and landscape designers. And there are institutes and schools turning out young designers. Now, we have a much more progressive city, a city with optimism about its future, and one which understands the value of design. Auckland has got its mojo back.” O