Power to the people — citizen engagement in Seoul

Seoul, the 2018 Prize Laureate, is today a vibrant and inclusive city through greater citizen engagement. We take a closer look at its innovative citizen engagement initiatives, such as supporting citizen-proposed projects and implementing proven conflict resolution strategies. 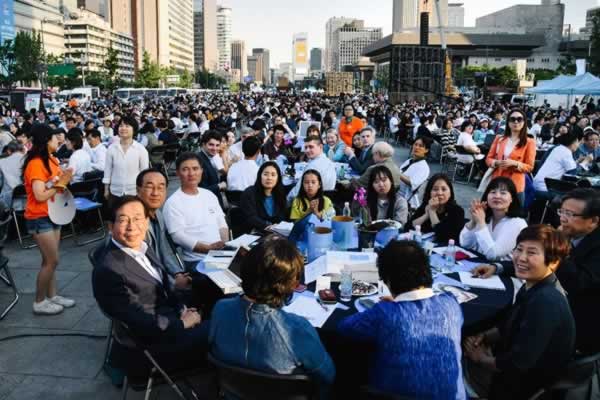 By 2050, about two in three people will live in cities across the world, making citizen engagement in the urban planning process more important than ever. Without citizens’ support and help, city development projects could be stymied, run into difficulties, or fail to meet their needs.

“Furthermore, when residents are involved in proposing and developing ideas for their cities, they tend to come up with good ideas because they are the ones witnessing the problems and solutions in their daily lives,” said the late Park Won-Soon, the former Mayor of Seoul in South Korea, in an interview with Singapore’s Urban Redevelopment Authority in March 2018.

Seoul’s commitment to and success in citizen engagement is one of the reasons that the city was awarded the 2018 Prize. The Prize jurors noted in the citation for the city that it had faced many urban challenges due to its rapid rate of urbanisation, like many other cities.

“Through rigorous engagement and negotiation with conflicting parties, the city changed from a highly bureaucratic, top-down city with rising tensions between the government and its people, to the inclusive, socially stable and highly innovative city that it is today,” the jurors wrote in the citation.

“When residents are involved in proposing and developing ideas for their cities, they tend to come up with good ideas because they are the ones witnessing the problems and solutions in their daily lives.”

Planning a future together

The drafting of the Seoul Plan 2030, which sets the Seoul Metropolitan Government’s direction and priorities for the next 15 years, was an exemplar of how governments and citizens can work together to improve urban planning.

In the past, the city’s master plans had been developed by experts and bureaucrats, with little input from the citizens themselves. This led to several problems, including the plans’ inadequacy in dealing with social issues such as the rise of single-person households, social polarisation and worsening gender inequality, said researchers at the Seoul Institute, which is the Seoul Metropolitan Government’s official think-tank, in a 2017 report on the role of governance in Seoul’s urban transformation.

“I wanted our citizens to be more involved, to be at the heart of the planning process, because I believe in collective wisdom and intelligence. I think citizens know what works for them in their daily lives, whether it is in the design of streets or composition of retail outlets,” said Mr Park.

Under his direction, the Seoul Metropolitan Government convened a 100-member Citizen Participatory Group, comprising people of all ages and from all walks of life, to help draft the 2030 master plan. This group, together with city officials, planning experts and local politicians, conducted numerous roundtable discussions to chart the future of Seoul, identify challenges on the horizon and propose solutions.

The previous, 2020 Seoul Master Plan spanned 687 pages and included 12 subsidiary plans with 52 objectives in total. “Its scope was so broad and the content so technical that it was difficult for citizens to read and understand,” the Seoul Metropolitan Government noted on its website in a post-mortem of the plan.

In contrast, the 2030 plan is much more concise and readable: in about 200 pages, the document lays out five key issues in Seoul’s future, 17 goals and 58 strategies to achieve them. It also gives voice to issues concerning welfare, education, culture, the environment and other non-physical aspects of the city, which had been neglected in the previous master plans.

The goals, for example, now include establishing a social environment where women and the elderly are encouraged to join and stay in the workforce, the preservation and management of historical landscapes, promoting creative small and medium-sized enterprises and customising welfare services based on each area’s needs.

In their 2017 report, the Seoul Institute researchers summarised: “Before the 2030 Seoul Master Plan, citizens were involved only indirectly in urban planning, either by taking part in surveys or choosing from proposed options. The 2030 master plan contains strategies for the better future of the citizens, by the citizens and for the citizens. This is an important step for Seoul to progress, not just in material prosperity, but in a way that its citizens desire.” 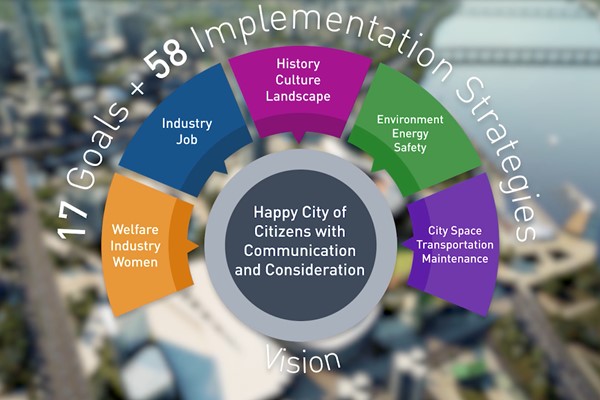 Helping people to help themselves

Besides giving citizens a larger say in the city’s future, the Seoul Metropolitan Government also launched two initiatives in 2012 to help them to improve their immediate surroundings more quickly: the Participatory Budget System and the Community Building Project.

Under this Participatory Budget System, people who live, work and attend school in Seoul can vote online on the projects, to determine which ones should be implemented first. In 2017, nearly 117,000 people voted, up from 103,500 people in 2015. Before that, the vote was limited to a committee of 250 people selected through a random electronic draw.

Over the past six years, many community projects have received funding through the budget. These include ones to: install gas safety valves in the homes of low-income elderly people who live alone in Dongdaemun-gu; open a community restaurant that makes bean sprout dishes with bean sprouts grown in senior citizen centres in Eunpyeong-gu; and carry out initiatives to stop bullying and school violence in Geumcheon-gu.

The Community Building Project, on the other hand, provides help, such as training and consulting, to residents who have ideas to improve their neighbourhoods. In 2012, the Seoul Metropolitan Government created a Community Building Division under its Seoul Innovation Bureau to oversee the initiative. Since then, it has opened Town Community Support Centres across Seoul where residents can seek help to implement their ideas. The centres also publicise examples of effective projects.

In the neighbourhood of Seokgwan-dong, the residents of the Seokgwan Doosan Apartments complex, which consists of 25 buildings with 1,998 households, received assistance to carry out their energy-saving ideas. For example, the residents installed LED lights in the basement car park that reduced electricity charges by 18 million won each month. They also conduct an energy-saving class which has been attended by residents from other estates. 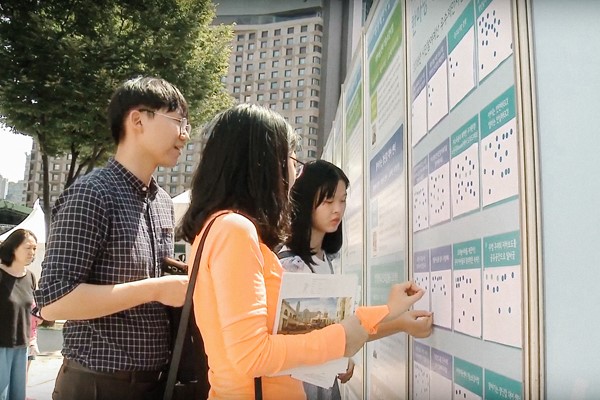 “As much as possible, we try to transfer more power to the people, because when they make suggestions, discuss among themselves, decide and even participate in the implementation process, it makes our administration more productive and efficient,” said then-Mayor Park.

As cities grow and more people move into them, land use decisions and development projects can become more fraught and prone to conflict. Here, too, the Seoul Metropolitan Government under then-Mayor Park has pioneered innovative processes and solutions to prevent and resolve disagreements. In 2012, the government established a Conflict Mediation Division with the goal of averting and managing public conflicts. It has also published a White Paper on Conflict Management on its website.

Then-Mayor Park, who worked as a human rights lawyer and founded a non-profit organisation aimed at promoting participatory democracy and securing human rights in South Korea before being elected mayor, explained: “In a democratic society, the freedom of expression is very important. If there are complaints, we should be brave and embrace them, and have deep discussions so that we can come to harmonious conclusions with residents.”

After the Seoul Metropolitan Council confirms each year’s budget, the Conflict Mediation Division analyses all of the slated projects and identifies those that could cause public unhappiness. The government divisions responsible for those projects craft, with the help of professional mediators, resolution strategies that outline the potential causes of conflict, the positions that disputing parties may take, and solutions that could prevent the problems.

If disagreements do occur, a conflict mediation agency conducts in-depth interviews with the parties and designs a settlement drafting process. Third-party professional mediators are brought in to help if necessary.

In 2013, the Conflict Mediation Division had one of its greatest successes when it resolved a two-year-long dispute between a housing redevelopment association and a couple. After the couple was forcibly evicted from their business premises in 2011, they protested in front of government buildings daily, and negotiations helmed by the Seoul city government failed.

When the Conflict Mediation Division took over the case in 2013, it brought in professional mediators and attorneys who specialised in redevelopment compensation. Months of negotiations bore fruit after more help was offered to the couple, including a special loan to help them to start a new business elsewhere.

Then-Mayor Park noted that conflicts, while undesirable, are another form of engagement by citizens: “We want to protect citizens’ right to give their opinions on policies, and guarantee that they have institutional platforms for them to do so.”