When Sydney began crafting its master plan for a sustainable future, it embarked on a remarkable 18-month process to engage all sectors of its population. Generating trust with its people, Sydney’s journey illustrates how inclusivity and community involvement bring a city together to work towards a shared vision.

Cities mentioned in this article:
Sydney 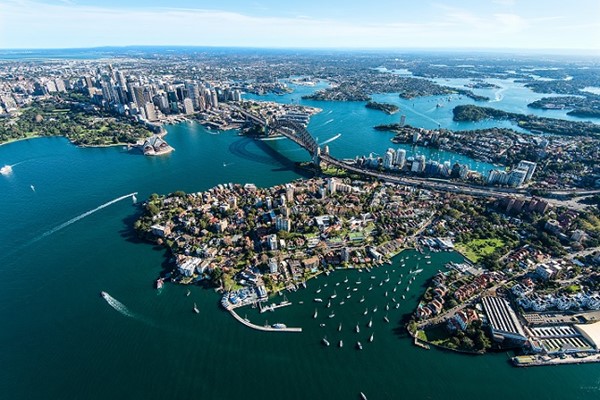 In 2007, the city of Sydney launched its blueprint, Sustainable Sydney 2030, to guide its development over the next two decades. Like other urban development blueprints, it maps out a clear vision of where the city wants to be by 2030, with measurable, aspirational goals in areas from environmental management to cultural capital and social equity. What makes Sydney’s blueprint remarkable, however, is how the plan was produced.

Louise Kerr, Executive Manager Development for the city of Sydney, is one of the key persons driving the formulation of the blueprint then. “Back then, when we embarked on the consultation in the lay-up to Sustainable Sydney 2030, housing affordability was a big issue. There were other concerns too – traffic congestion, remaining competitive as a global city, ageing infrastructure, a growing underclass whose voices were not being heard in the city, and people being displaced because of gentrification,” she recalls.

A strategy was clearly needed for Sydney to work towards a sustainable future, hence the blueprint. Kerr states, “Since the blueprint is about the people and their vision of the city, we needed to engage the community as part of the journey. As such, we set out to make sure that we have innovative ways to engage different groups, so that we can tell their stories through the plan.”

This strong commitment to inclusivity among the city’s leaders thus saw the launch of Sydney’s most extensive community engagement process in its planning history. Over the course of 18 months, tens of thousands of Sydney’s residents were consulted and engaged to gather their thoughts on the city’s future. The result – a vision of Sydney in 2030, articulated by its people.

“We needed to paint the picture that Sydney had to change, and get people to understand the importance of this change.”

A strategy to engage

Despite the fact that Sydney was facing emerging urban and liveability issues by the mid-2000s, the sense that rejuvenation was needed was not widespread then. “We needed to paint the picture that Sydney had to change, and get people to understand the importance of this change,” says Kerr.

To get the conversation going on Sydney’s future, Kerr and her colleagues oversaw a comprehensive strategy to bring the message of change and urban development to its residents. Creating a high public profile of the upcoming sustainability blueprint was essential. As such, the city developed a logo for Sydney 2030 early on and saw to the logo’s visibility across the city. Banners, billboards, posters at bus shelters, advertisements on the internet, magazines and publications, and radio talks – the entire branding strategy focused on creating widespread public awareness of plans to develop Sydney’s blueprint for its future.

“It was about maintaining the momentum. We also wanted people to be ready to contribute. So we held a lot of public forums where experts would discuss various urban planning and design issues, so that facts could be given to people to help them understand the context of the planning,” elucidates Kerr.

The city spared no efforts to educate the public as extensively as possible, so that meaningful conversations on Sydney’s future could take place. Kerr shares, “We sent out a lot of information to different groups attending our events. There were pop-up stands and community events. We even distributed postcards that you could write on and post your message back to the future. There was radio advertising and programmes about Sydney 2030 on the radio stations. So we really just tried to determine what forms could reach out to the most people in the most appropriate ways, using traditional as well as non-traditional methods.”

Reaching out to every community

Alongside the public education campaign, the city’s leaders also committed themselves to reaching out to Sydney’s denizens as thoroughly as possible. A matrix was developed to break down the demographics of the city’s population, organising profiles according to how represented they were in public consultation processes. Using a wide range of parameters to profile community types, from gender and age to occupation, needs and ethnicities, the city could surgically determine which communities required more effort to engage.

“We broke them down into groups that were defined for example, as ‘often engaged’, ‘sometimes engaged’, ‘seldom engaged’ or ‘not engaged’,” describes Kerr. “Groups that are often engaged are for example, city councillors, central city planning committee members and the business communities. Groups that are clearly not engaged included young children below the age of five, for example. We also looked at communities, such as the disabled, the aboriginals, the elderly, young professionals etc. So we wanted to involve those who are less engaged, because they are also the people we are trying to make the city better for to some extent.”

Equipped with the matrix, the team thus identified different modes of engaging specific communities, from tried and tested methods such as public forums and focus group discussions to new approaches such as community events. The extent to which each community was consulted was defined as well to make sure that less represented groups received their due attention. Over the course of 18 months, the responses, feedback and suggestions arising from the sessions were carefully documented and incorporated into Sustainable Sydney 2030.

The intensive community engagement also allowed the city to tap on their people’s creativity. “Some of the most innovative ideas we deployed popped up whilst we were on that journey of engaging the communities,” Kerr remembers. “One such example is the booth that goes round to different communities, events and schools to engage younger people. The booth could record messages and you could say what you want the city to look like in 2030. Somebody suggested this in a public forum, so we harnessed the idea and rode that out. So we look at good ideas arising from our engagement and see how we could weave them into our existing processes.”

“The world is not static, so we need to continue checking in to make sure that we are delivering on what the community most needs.”

Less than a decade on, the change in Sydney is already palpable. More than 250 public projects have been completed, such as playgrounds, parks, pools, libraries, theatres and community spaces, bringing much needed revitalisation to Sydney’s neighbourhoods and public spaces. Sydney’s oldest industrial estate is undergoing transformation to become a new connected town centre, called Green Square, driven by sound urban design and architecture.

In the pipeline, a light railway project in the central business district is set to ease traffic congestion and bring pedestrians back to the core. While the project was launched by the Australian government, the city’s development blueprint informed the details of the execution, including the location of the stops.

Community engagement continues to be a pillar in Sydney’s transformation. For the city, partnerships are the norm, rather than the exception, in the drive to achieve its vision. For example, the city government works with building owners and tenants to reduce their energy use and greenhouse emissions through the Better Buildings Partnership. Another initiative, Smart Green Business Programme, aims to help small and medium businesses improve their environmental performance and increase their water savings.

“The world is not static, so we need to continue checking in to make sure that we are delivering on what the community most needs. There is still extensive community engagement even as we implement our plan,” reiterates Kerr. “If we had not engaged as extensively as we did, we would not have the buy-in from the community. We know that we cannot deliver on the blueprint on our own, so we need to develop trust among our community, the business sector and the government, so that people understand why certain decisions are made. As a result, we now have a document that captures what our people want, and even if there is leadership change in the future, the city can continue with this shared vision.” O