Cities on the rebound 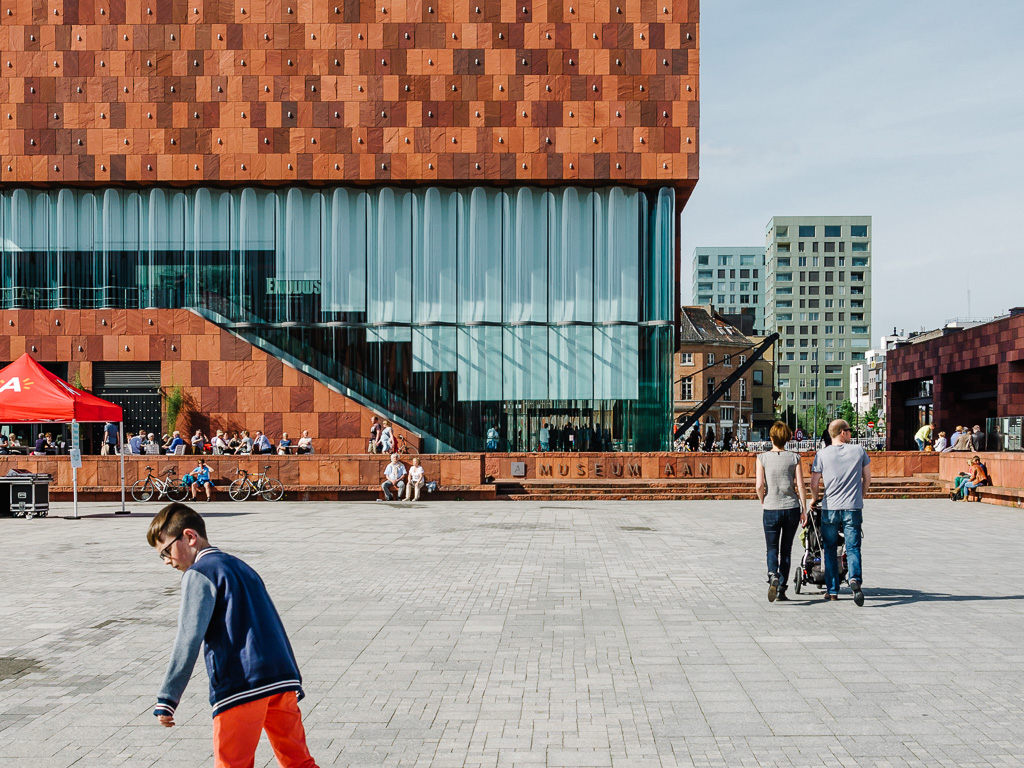 Over the past few decades, Antwerp, Boston and Lisbon have engineered remarkable transformations, overcoming issues such as out-migration, poor urban planning in the past and economic crises to become thriving cities that are prepared for the future.

While Antwerp’s lack of coordination in its post-war development and the relocation of its port led to many disused and dilapidated areas, especially along its Scheldt River, it created innovative plans and programmes to reverse the decline.

After out-migration in the 1990s resulted in more vacant and neglected buildings in the city, it established a real estate company called AG VESPA in 2003 to solve the problem. The company buys buildings that are too small, dilapidated, or difficult for private developers to rehabilitate, renovates or replaces them with new ones, and sells or rents the units. It also uses the proceeds to buy additional buildings, making the initiative self-sustainable.

Besides giving new life to buildings or sites that would otherwise be a blight on their surroundings, the initiative enables the city to provide more affordable housing and catalyse further urban renewal to revitalise the areas. In the Sint-Andries district, it bought a nearly 80-year-old housing complex that had been unoccupied for years, and is currently renovating it to produce 122 affordable rental apartments, duplexes, and studios for a range of households by the end of 2022.

The city is also using its redevelopment of its historic Scheldt Quays, which had been abandoned and deserted for decades after the shifting of its port, to achieve multiple goals. These include strengthening its flood defences in light of sea level rise, building more green public spaces to boost its liveability, and nurturing more sustainability-related companies and research to future-proof its economy and help it to become an eco-friendlier city.

Apart from reinforcing the 6.7-kilometre-long quays’ wall and raising the height of an existing water barrier to 2.25 metres to reduce flood risks, the city has divided the quays into seven sections that will serve various purposes. The Nieuw Zuid zone will have a 53,000-square-metre park with a dog-walking section, play areas, pavilions, and other amenities for a range of recreational activities.

The Blue Gate zone, on the other hand, is part of the city’s investment in a greener economy. It was once the home of petrochemical firms. The city has remediated its contaminated soil and is redeveloping the 63,000-square-metre area into Belgium’s first climate-neutral business park for companies and researchers focusing on circular economy and other sustainability-related work. The business park is expected to host 2,000 to 3,000 jobs by the time its final phase of development is completed in 2036. 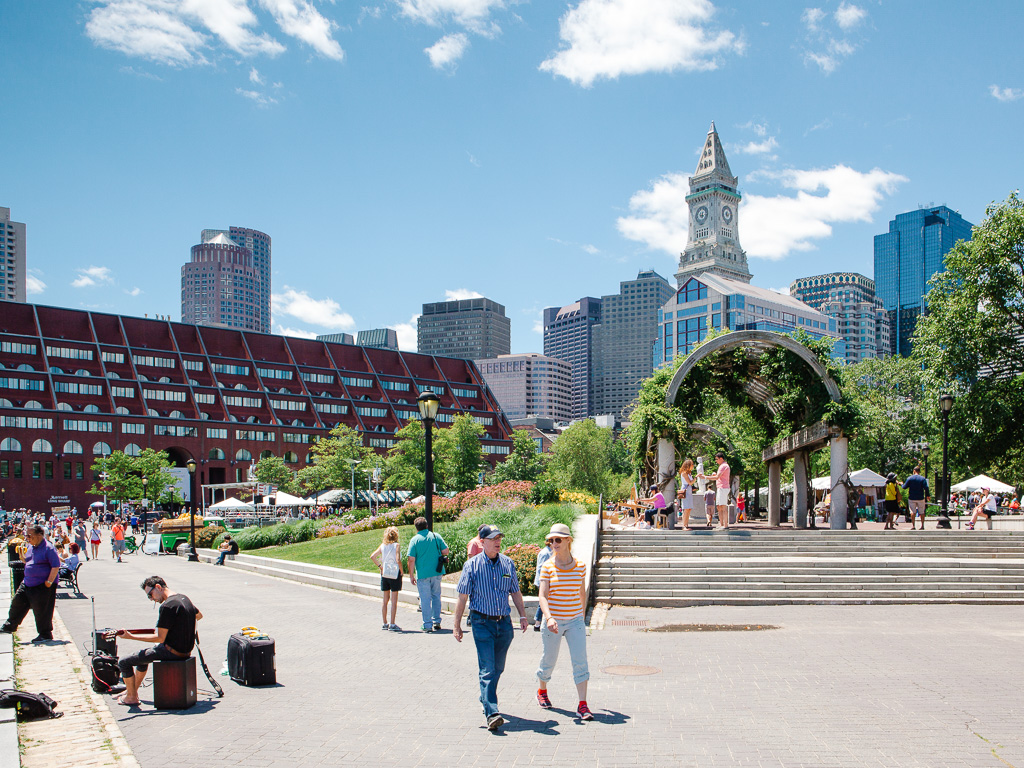 Looking ahead, Boston has created city-wide, localised and sector-specific initiatives to curb its greenhouse gas emissions and cope with climate change’s effects. In 2017, it launched Imagine Boston 2030, its first master plan in over 50 years, which included over 15,000 residents’ input. The plan sets out strategies to address key challenges, including sustainability-related ones. These include reallocating road space to merge medians and sidewalks into wider green corridors to promote walking and cycling.

The city has begun to implement more targeted plans too. Its Resilient Boston Harbour plan specifies interventions for different areas along its 47-mile-long (approximately 75.6-kilometre-long) shoreline to boost its flood defences. In 2021, it finished a $15 million USD reconstruction and upgrade of the Langone Park and Puopolo Playground in the north of the city to guard against sea level rise and heavier storms.

The new features in the park and playground include elevated playing fields, a stepped seawall that serves as seating and reduces flood risks, programmed flood pathways to prevent damage to the surrounding neighbourhood, a low-lying basketball court that will flood during storms to protect other areas and drain quickly, and more. The city said: “This project creates a blueprint for how we can tackle climate resilience. Every element is designed for functionality and resiliency now and in 50 years.”

In April 2022, the city also introduced a Heat Resilience Solutions for Boston plan with 26 strategies, both initiated and in the works, to keep residents safe during heat waves and rein in rising ambient temperatures. The former includes a programme to lend air-conditioners and fans to those without them, an expanded network of cooling centres that ropes in churches, vacant stores and more community centres, and cooling kits, with hoses, misters and tents, that are available for loan for outdoor events.

The government also conducted a city-wide heat analysis, which included measuring daytime and night-time temperatures, and compared the results against other data to identify five neighbourhoods with disproportionately high heat risks: Chinatown, Roxbury, Mattapan, Dorchester and East Boston. It is creating tailored cooling plans for each one. In Chinatown, it is looking at creating a network of sheltered streets as 49 percent of its residents walk to work, compared to 14 percent for the whole of Boston.

Boston Mayor Michelle Wu stressed the importance of preparing for the future: “As a coastal city, the effects of climate change are already a part of our everyday life. Here in Boston, we experience rising sea levels, flooding from increasingly intense storms and extreme heat. We are responding to these challenges with creative solutions that will protect our communities, today and for generations to come.” 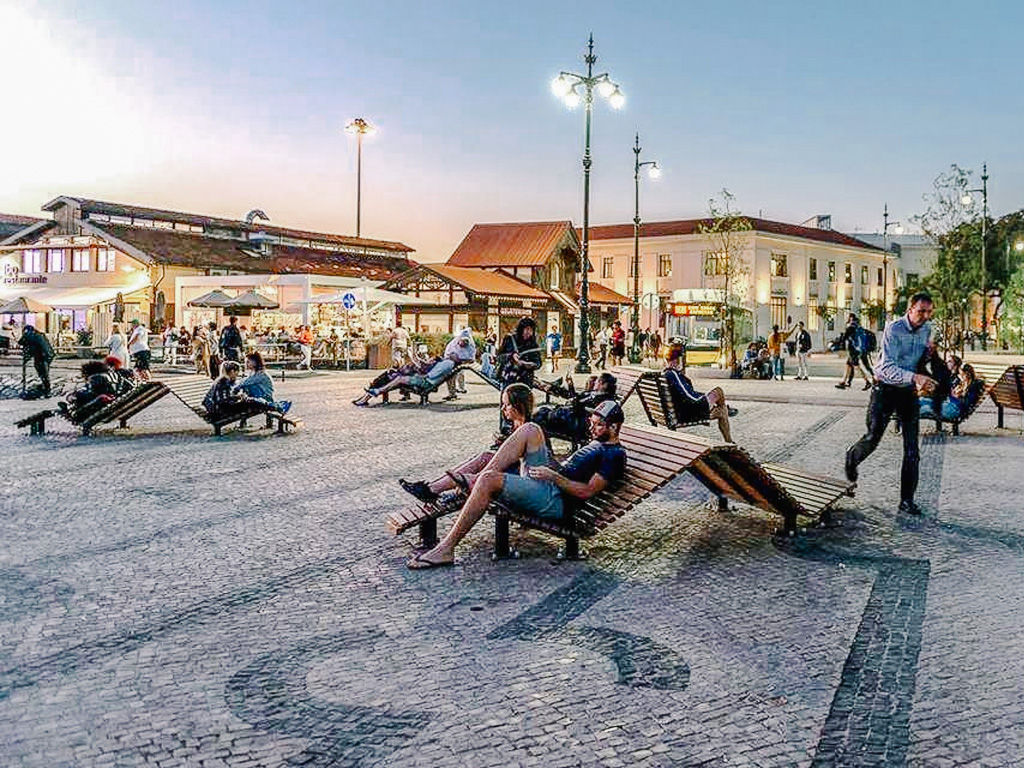 Lisbon has tapped on civic engagement and partnerships with the private sector for its resurgence in the past decade, after financial crises in the 2000s and early 2010s took its toll on the city. In 2008, it was the first European capital to adopt participatory budgeting, allocating about five percent of its municipal budget for citizens’ proposals.

Between 2008 and 2018, citizens suggested over 6,000 projects, of which nearly 2,100 were put to a public vote. The city invested over 36 million Euros (approximately 36 million USD) in 139 feasible and popular projects that have rejuvenated and enlivened districts and neighbourhoods. For example, the initiative helped to turn the Mouraria Quarter from a dangerous area of drugs and prostitution into a vibrant and diverse district, with a Creative Hub for workshops, classes, and residents’ projects.

To make the participatory budgeting process more inclusive, the city hosts workshops, Participation Assemblies, and polling stations to avoid excluding those without access to phones, computers or the internet. Since 2019, it has also sharpened the initiative’s focus to sustainability-related projects to support the urgent need for climate change mitigation and adaptation. One ongoing project is installing bicycle repair stations in all of the city’s 24 districts to promote cycling.

Lisbon has also partnered with private developers on an Affordable Rent Programme that aims to build 6,000 high quality homes for middle-income households. These will have rents not exceeding one-third of the households’ income. Under the programme, the city provides prime land for developers to design, build and rent homes, of which at least 65 per cent must be affordable housing. The partnerships typically last 30 years, after which the city recovers the land and takes over the buildings.

With this arrangement, the city can tap on the private sector’s resources to build more affordable homes. The developers get to use prime land for free, and do not have to apply for construction permits, among other benefits. In July 2022, the city gave the keys to the first 128 homes to families who are paying, on average, 70 per cent less in rent than they would pay in the open market.

“With the Citizens’ Council, we will have more participatory decisions, and therefore better decisions, more adapted to people’s needs.”

In May 2022, the government held its first Citizens’ Council event to further boost civic participation. Under the new initiative, it hosts conferences on various themes and selects 50 volunteers, who represent the city’s population in terms of age, gender, educational level, professional status and home district, to attend each one. The participants discuss ideas and develop proposals. The inaugural event was on combating climate change, and the attendees came up with 35 suggestions, including introducing sustainability competitions in schools.

Lisbon Mayor Carlos Moedas, who opened the event and took part in it, pledged that the government will work with the participants on their proposals. He explained the need for the initiative: “With the Citizens’ Council, we will have more participatory decisions, and therefore better decisions, more adapted to people’s needs. We want change in Lisbon to come from the people.” O